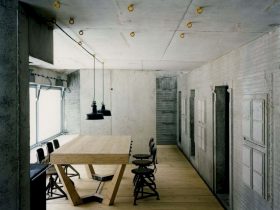 Protective Hut on Fichtelberg Mountain: An Accommodation and A Refuge for Food with Concrete Structures

Sant Antoni Lofts is a 2018 conversion project of an 1880’s apartment located in the Sant Antoni district of Barcelona, Spain. Completed by Román Izquierdo Bouldstridge, this 109 sqm apartment is transformed into two lofts with a new housing scenery. The system of sliding doors and porticos are added, reminiscent of the Japanese traditional house. 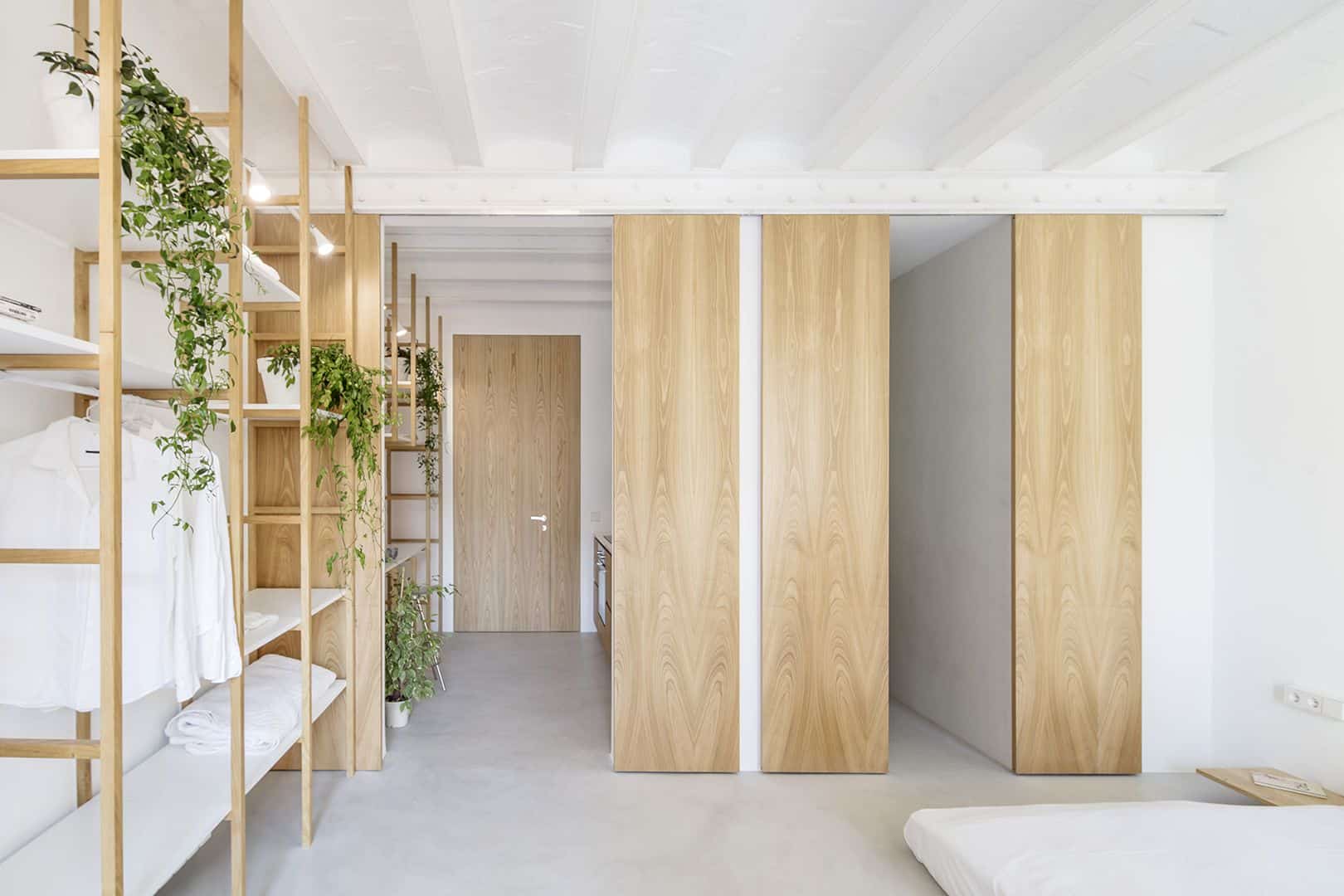 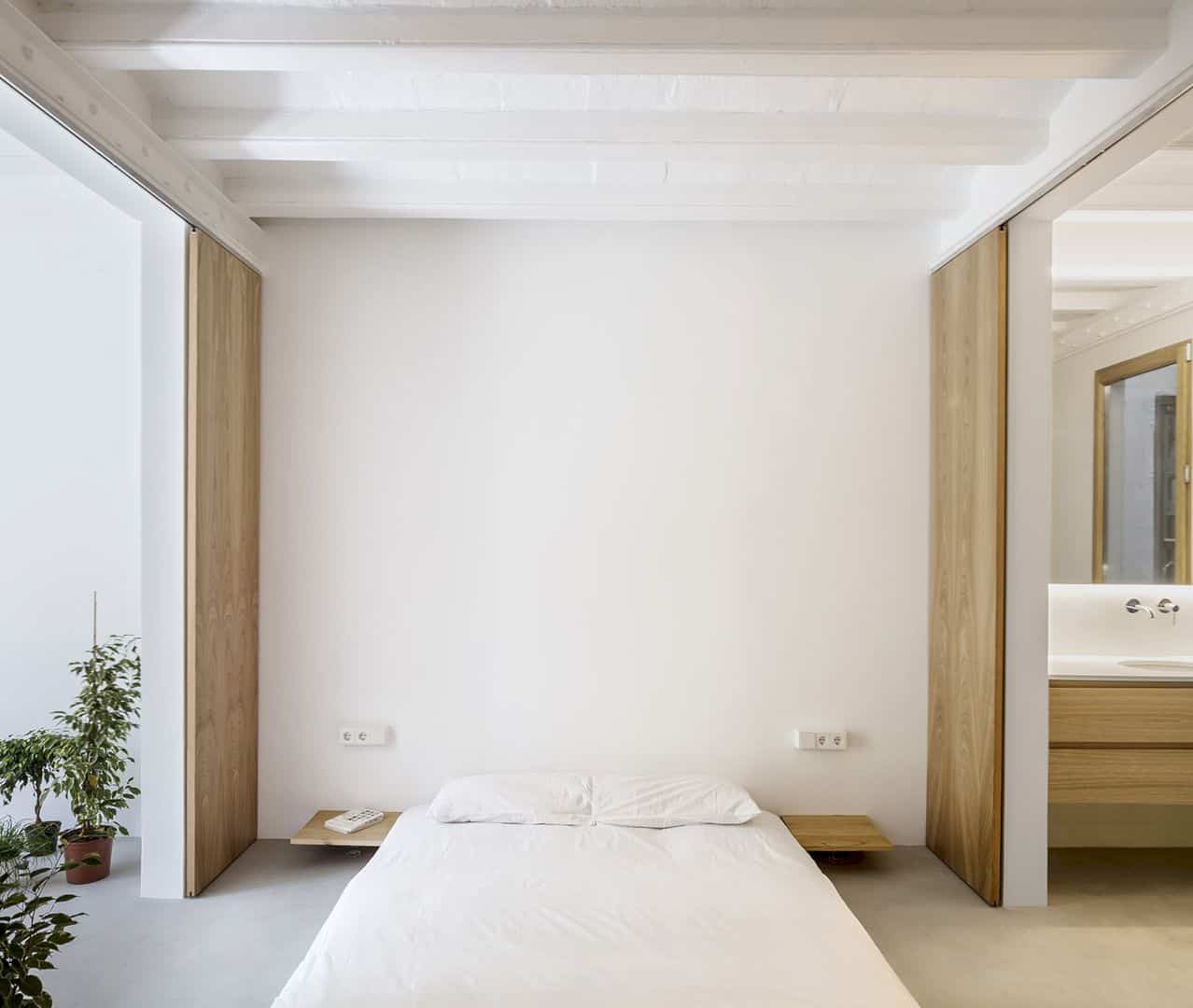 With a system of sliding doors and porticos, a succession of rooms can be connected to the street while the new housing scenery is created by these rooms. These doors and porticos are reminiscent of the unique Japanese traditional house. 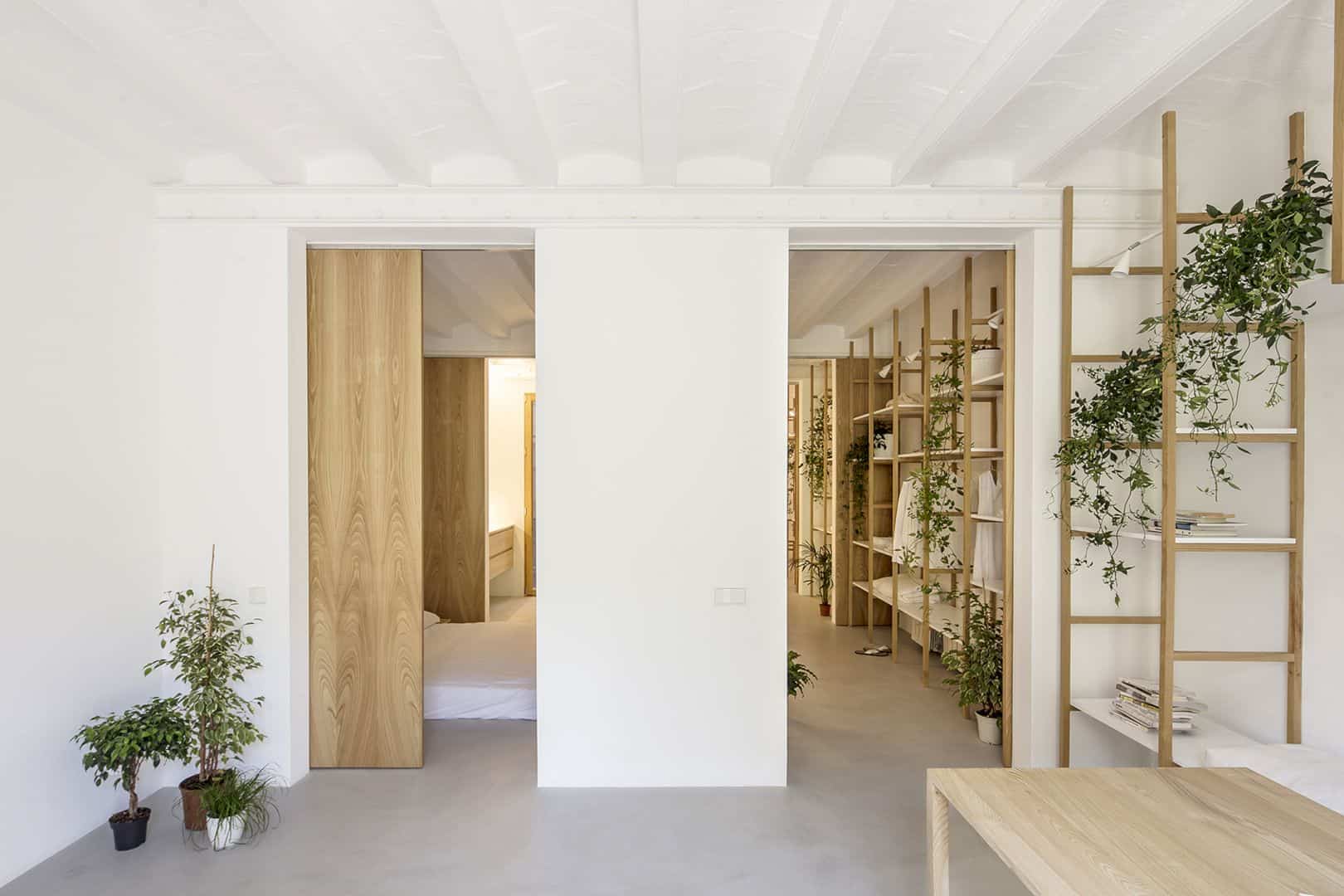 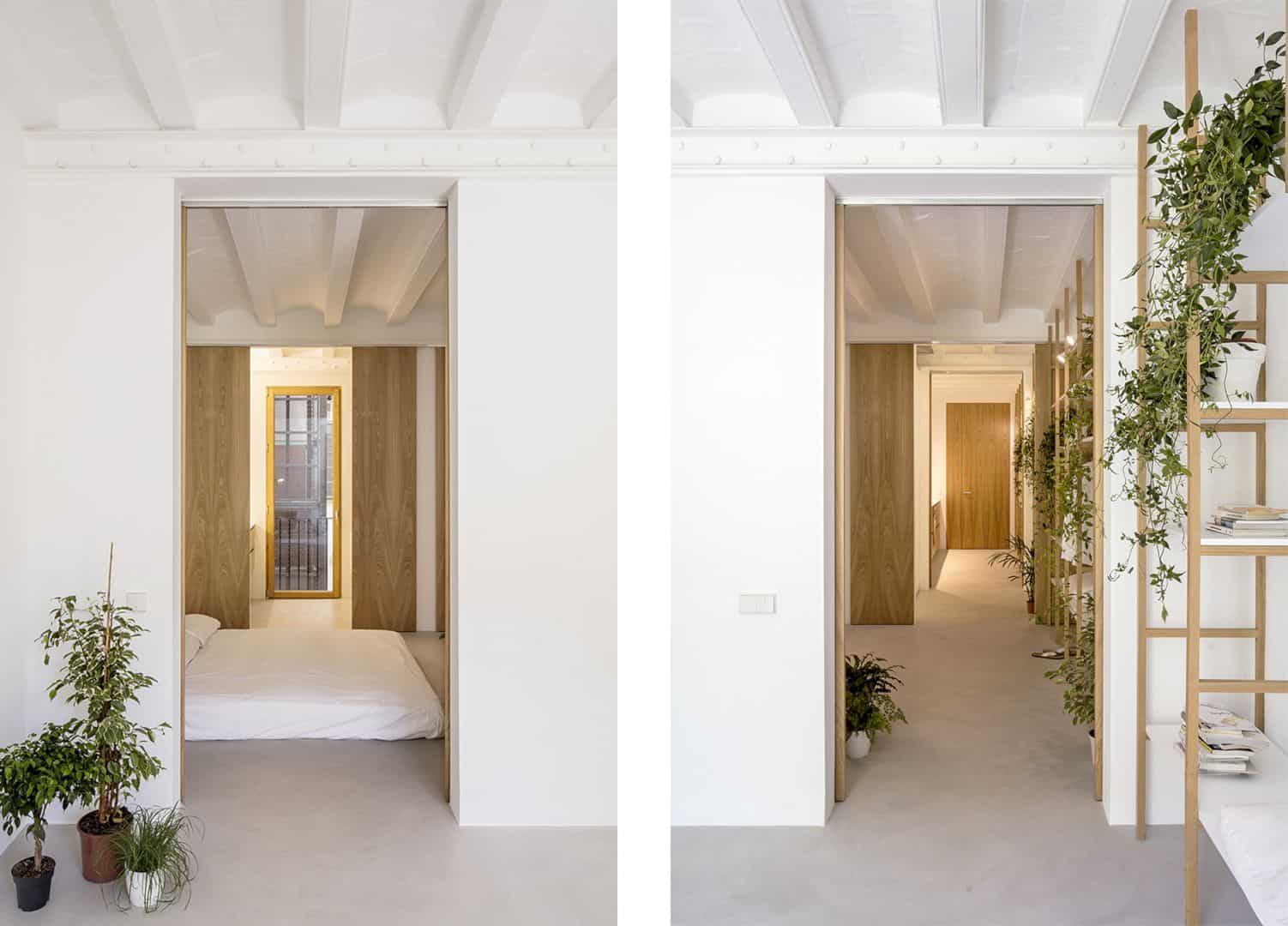 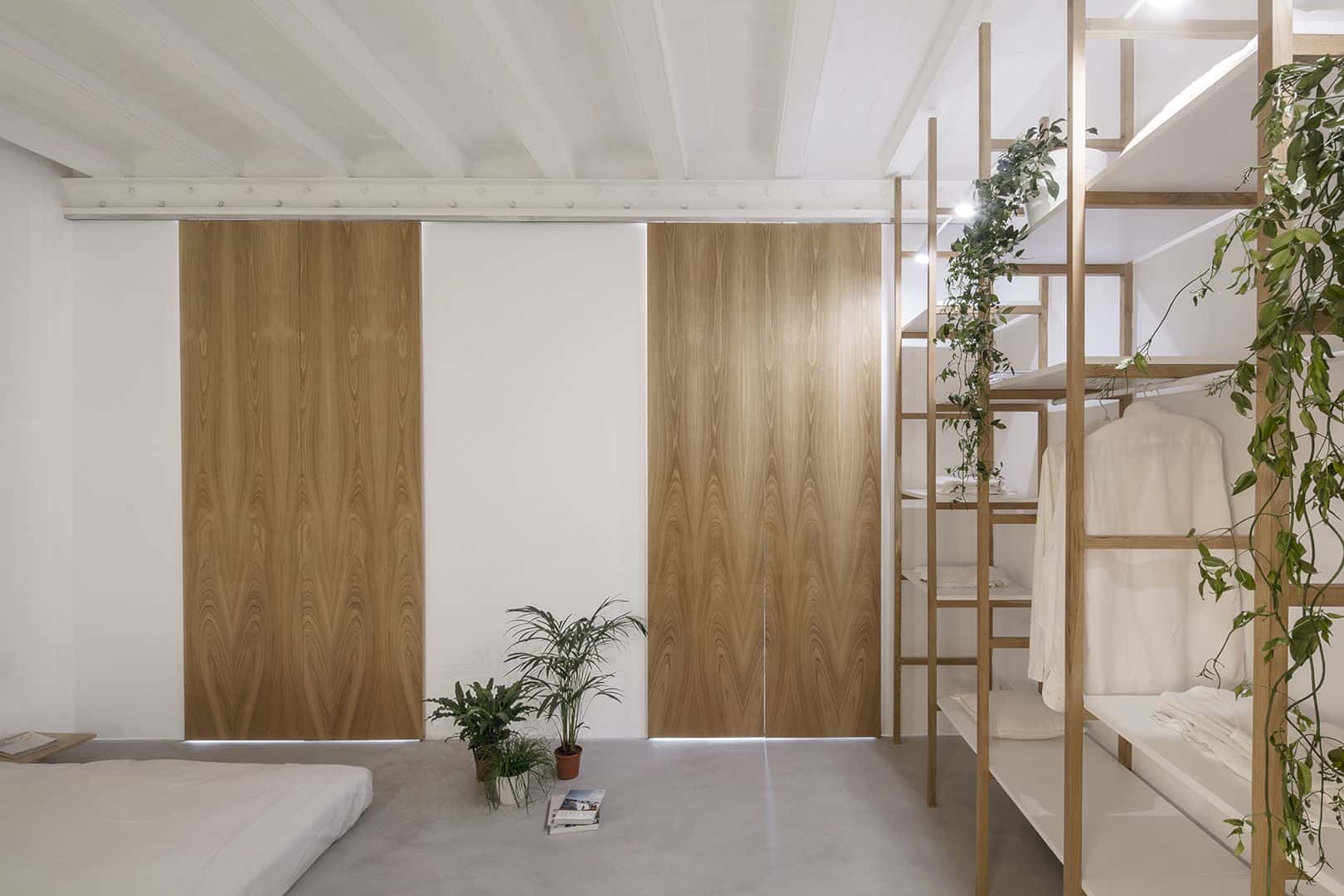 The original design is totally compartmentalized by rooms and corridors that connected to outside and to each other. Recuperating the original high ceilings and open up space is the first intention of this project. By demolishing the existent partition walls, ceilings, and floor, the promoting ventilation and also the natural lighting incidence can be increased. 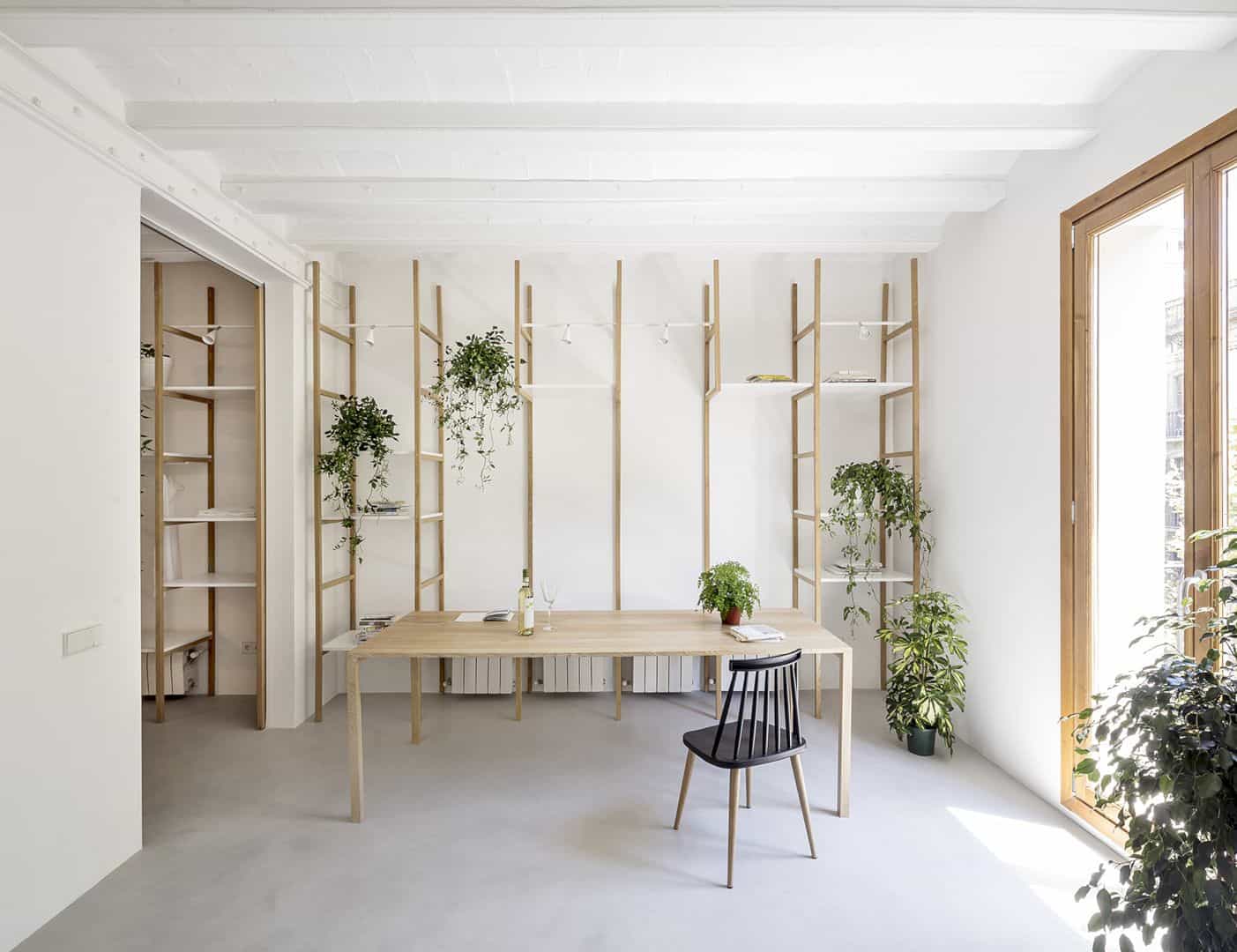 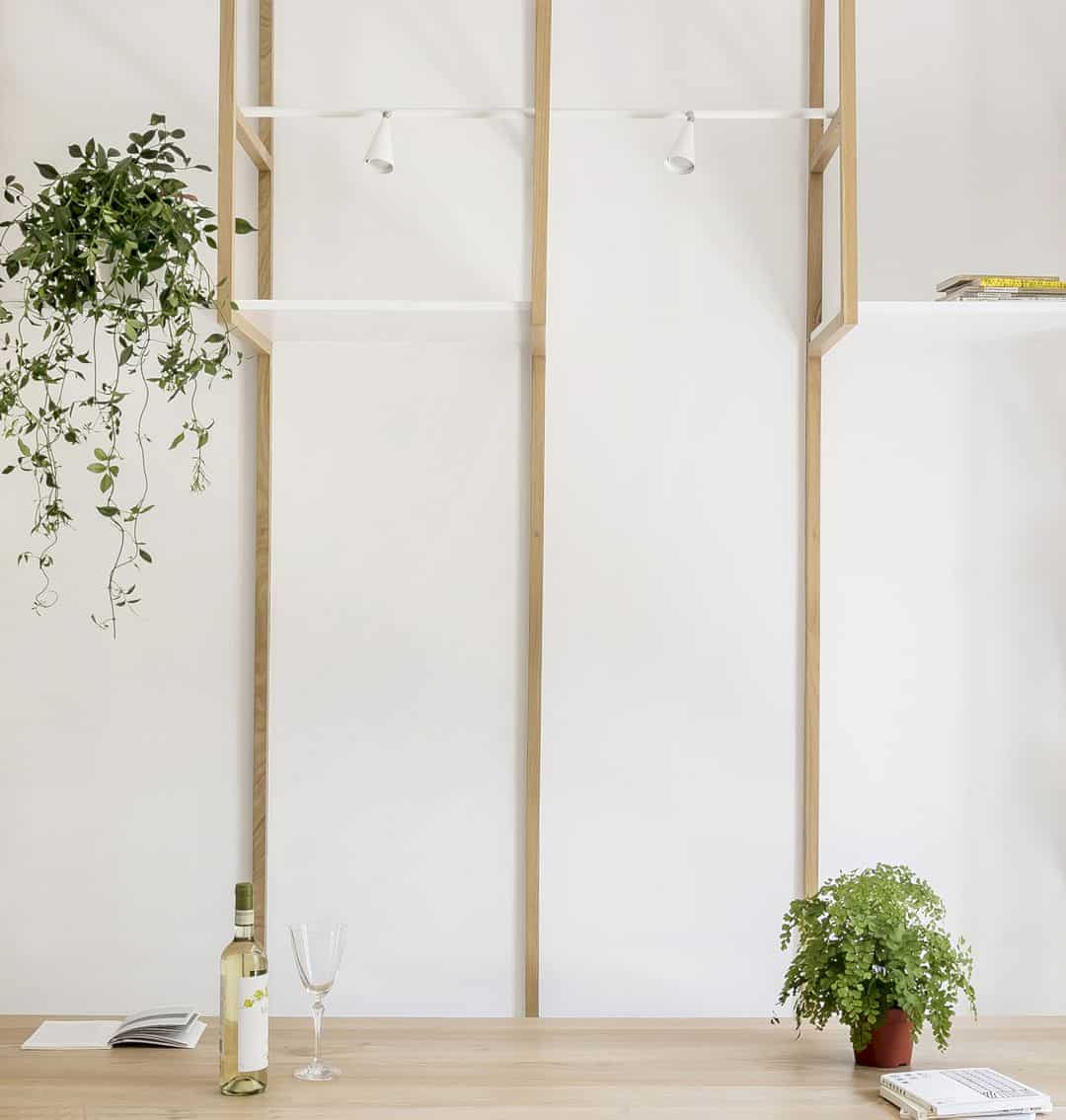 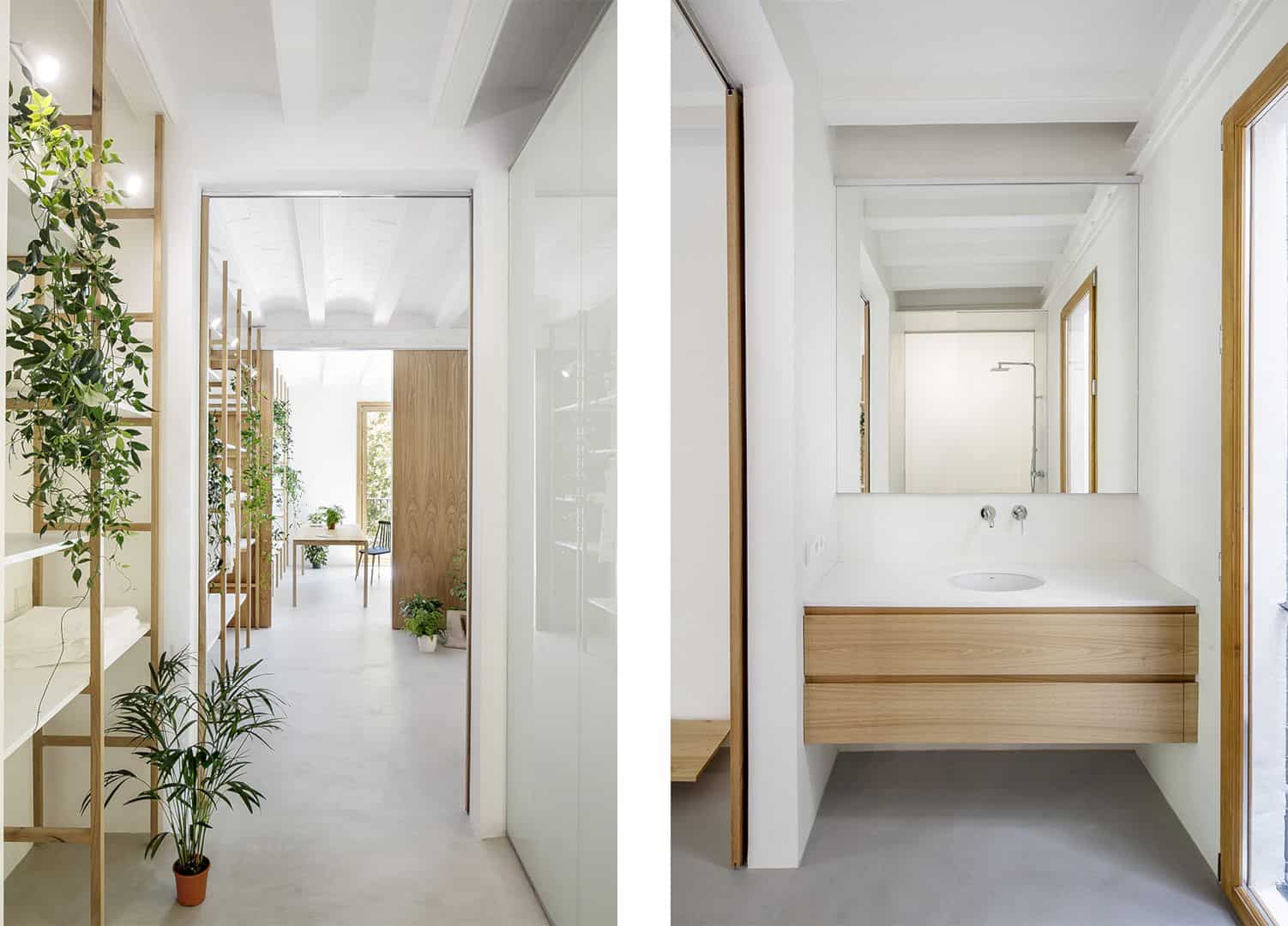 The project design takes a lot of advantage from the building existent structure formed by a sequence of wooden beams and load-bearing walls to create a poetic and simple language for a flexible program. All load walls are altered to create a repetition of an ordered geometry, establishing the limits in-between the different rooms. Some new openings are also created and set up by the structural apertures and reinforcements. 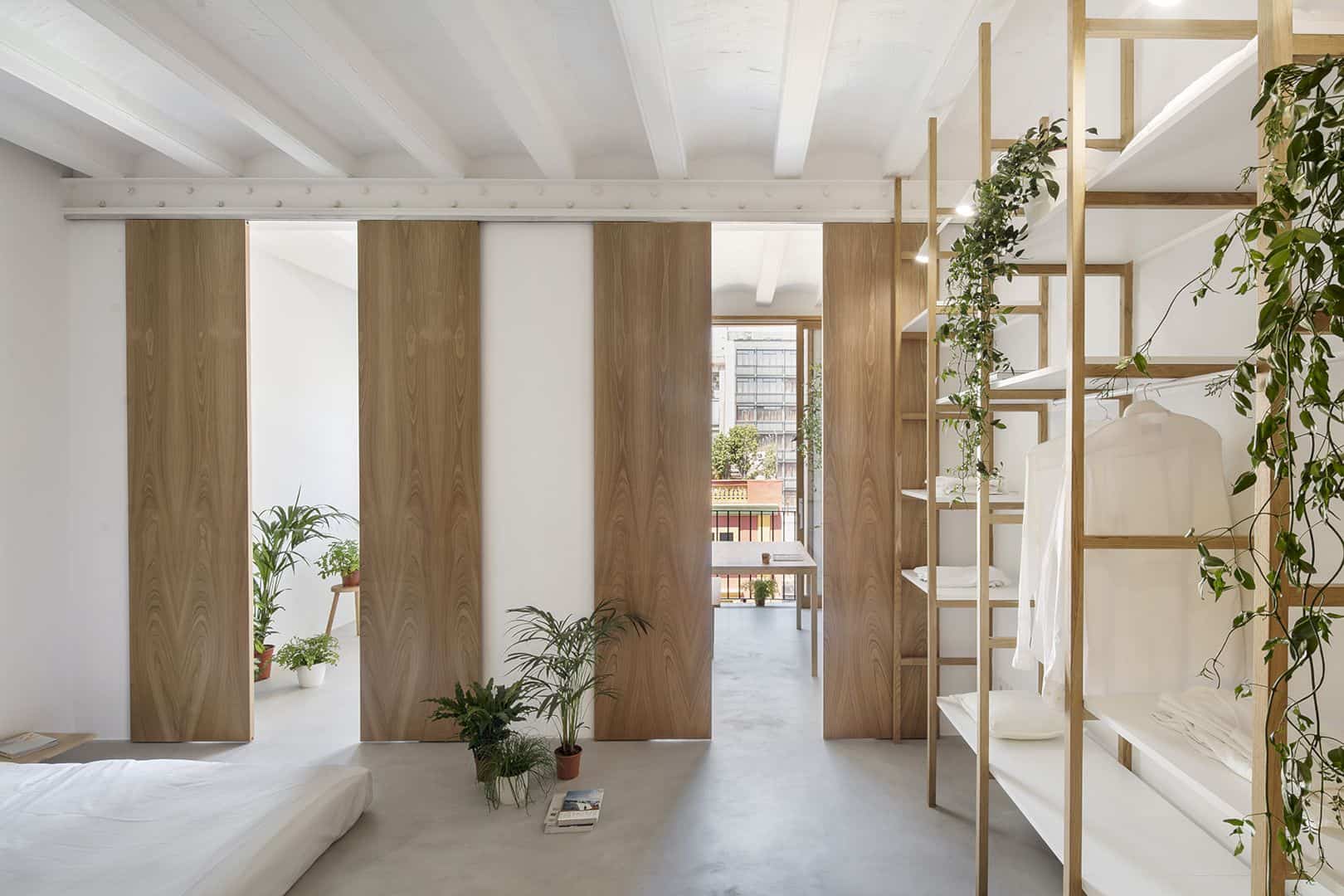 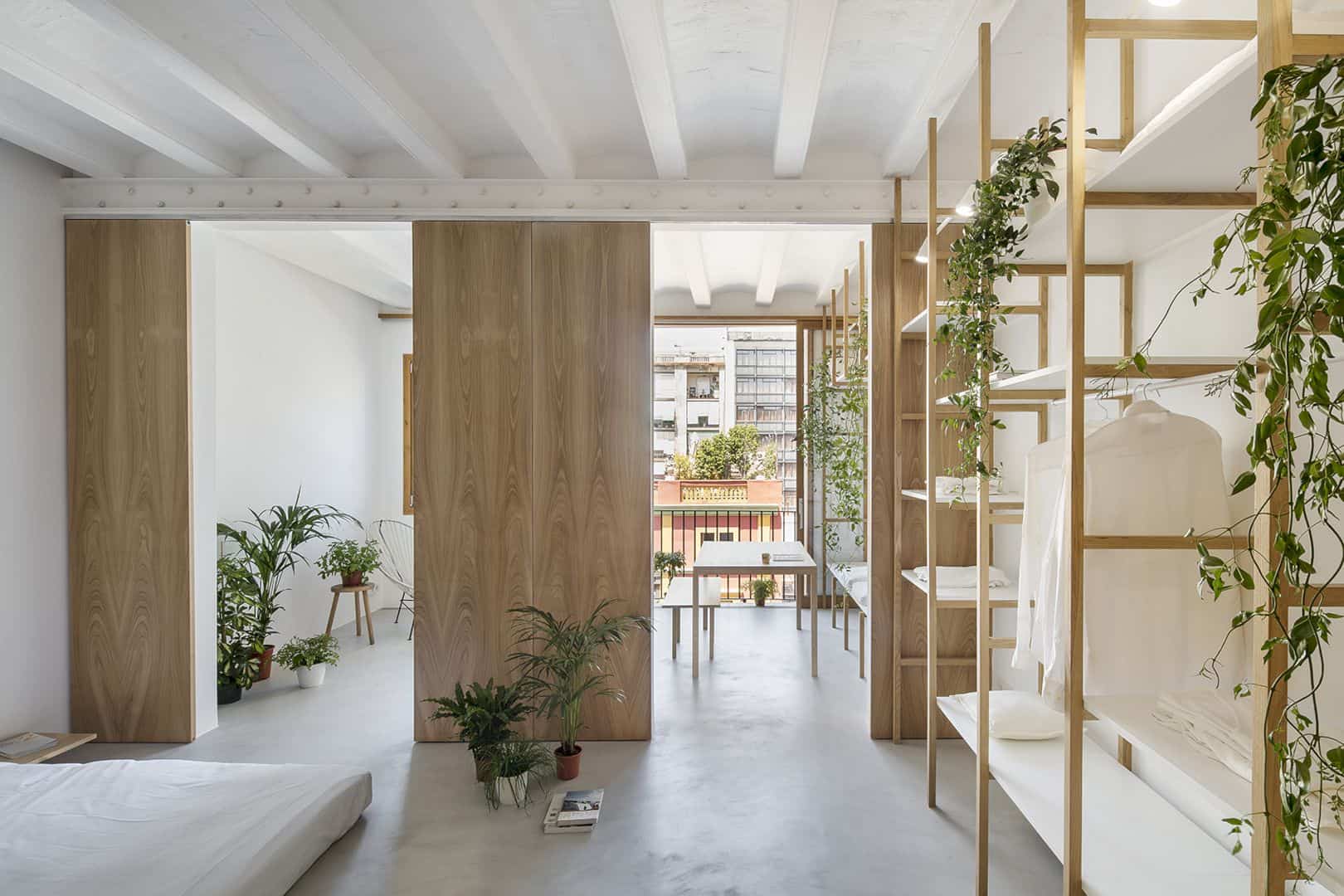 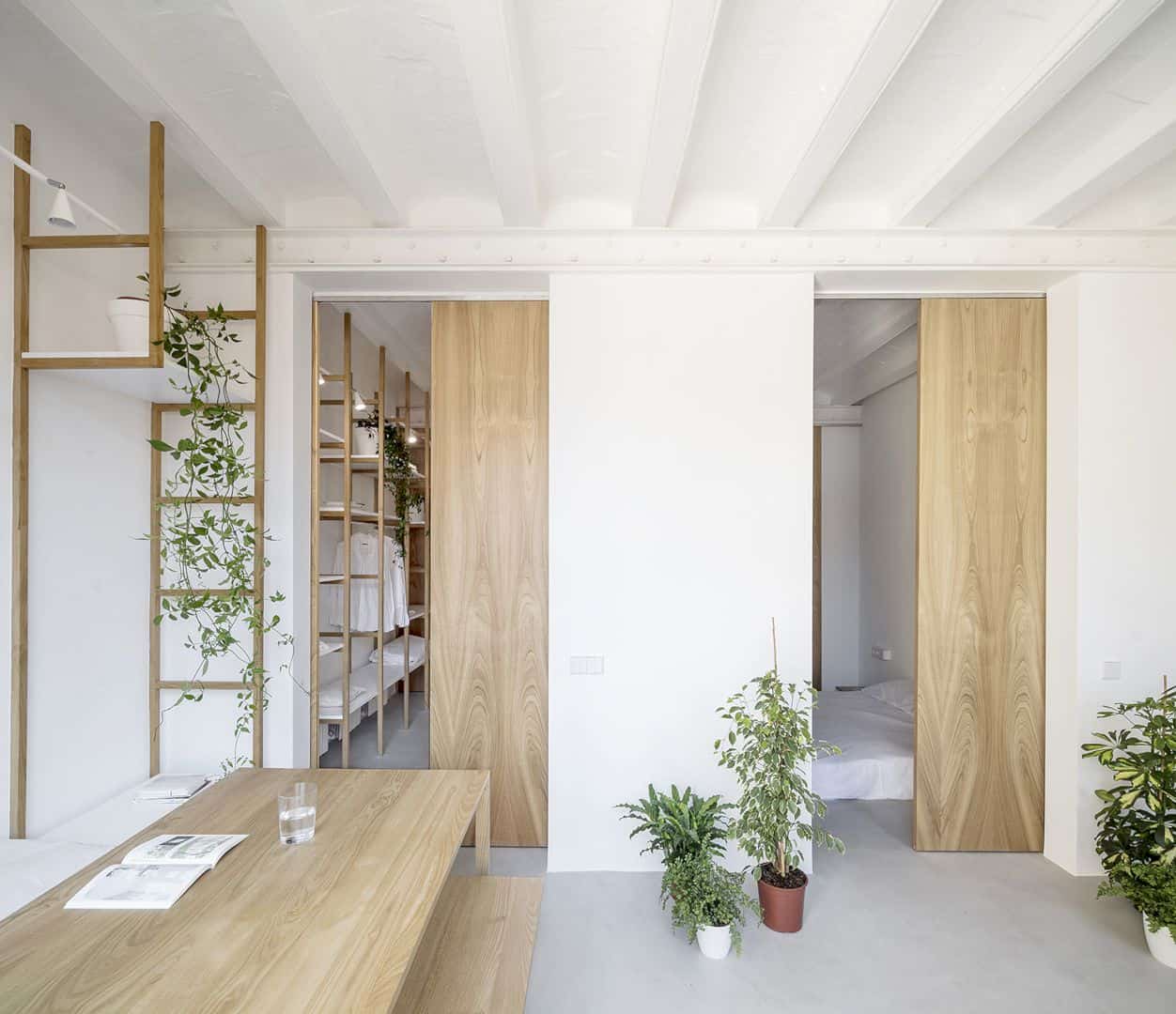 It is an element that built twice to meet the requirements of the dwelling functional so the existing structure of the building can define the project program while the program itself defines the modified structure. There is also a new 23 meters long visual that crosses the space to the courtyard from the street to give rise to a succession of rooms and thresholds. 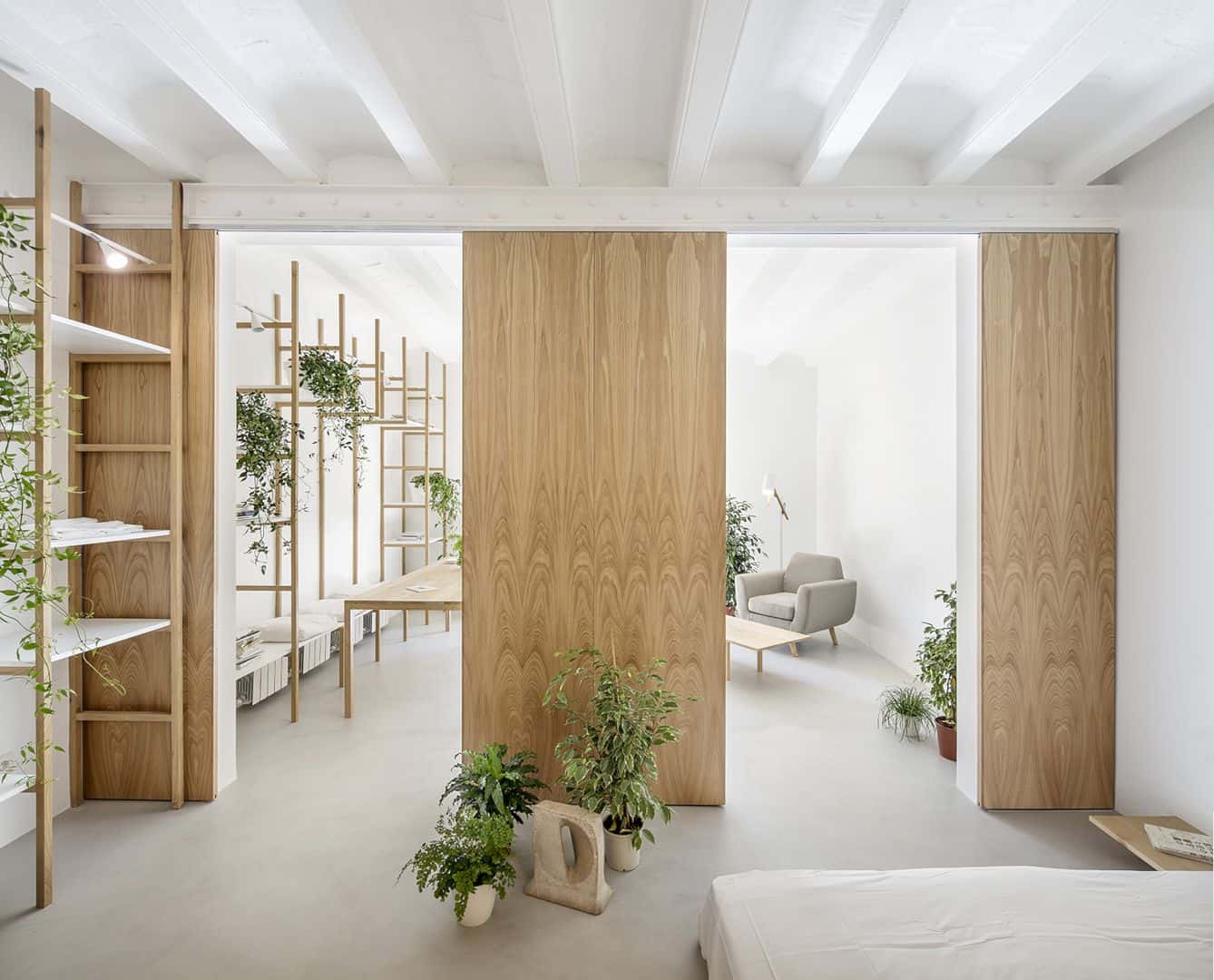 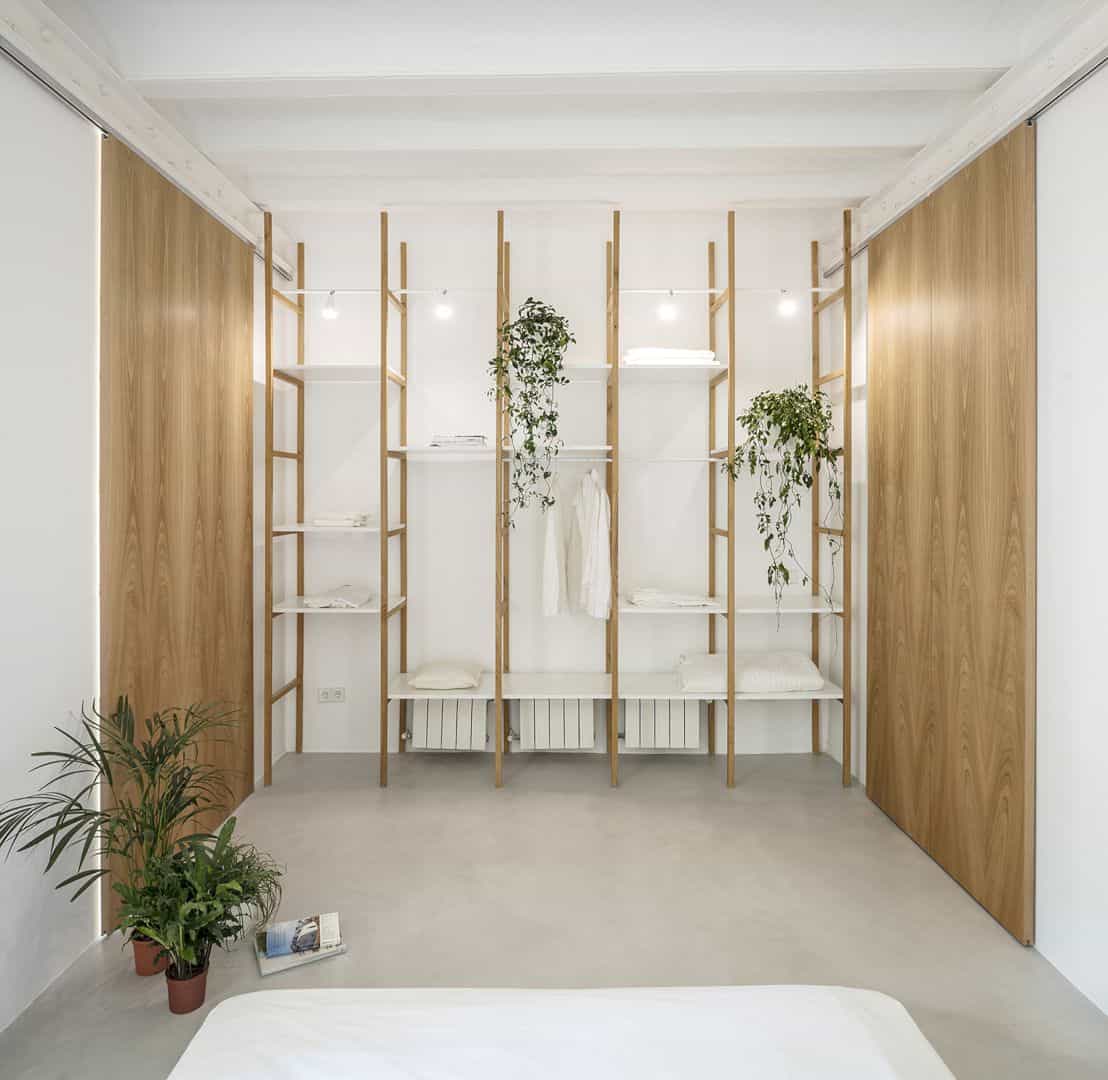 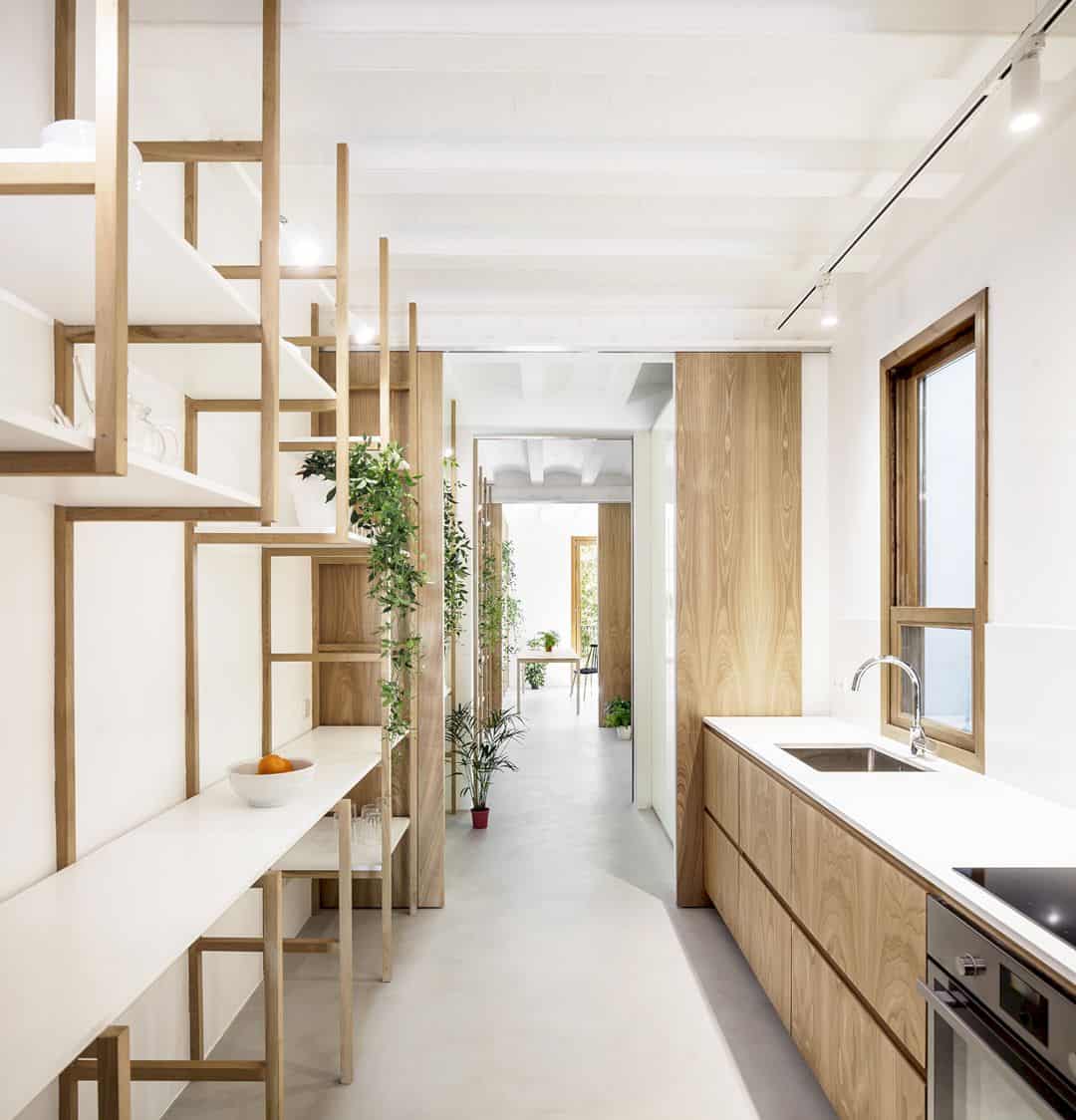 The different spaces in this project have some boundaries with the same ration of wall aperture and surface that opens a great possibility to install chestnut sliding doors. These doors over the white walls completely when there are opened, generating the diffuse and flexible limits to create a dynamic composition. When these doors open, each room is part of an entity and when the doors are closed, each room is an entity in itself. 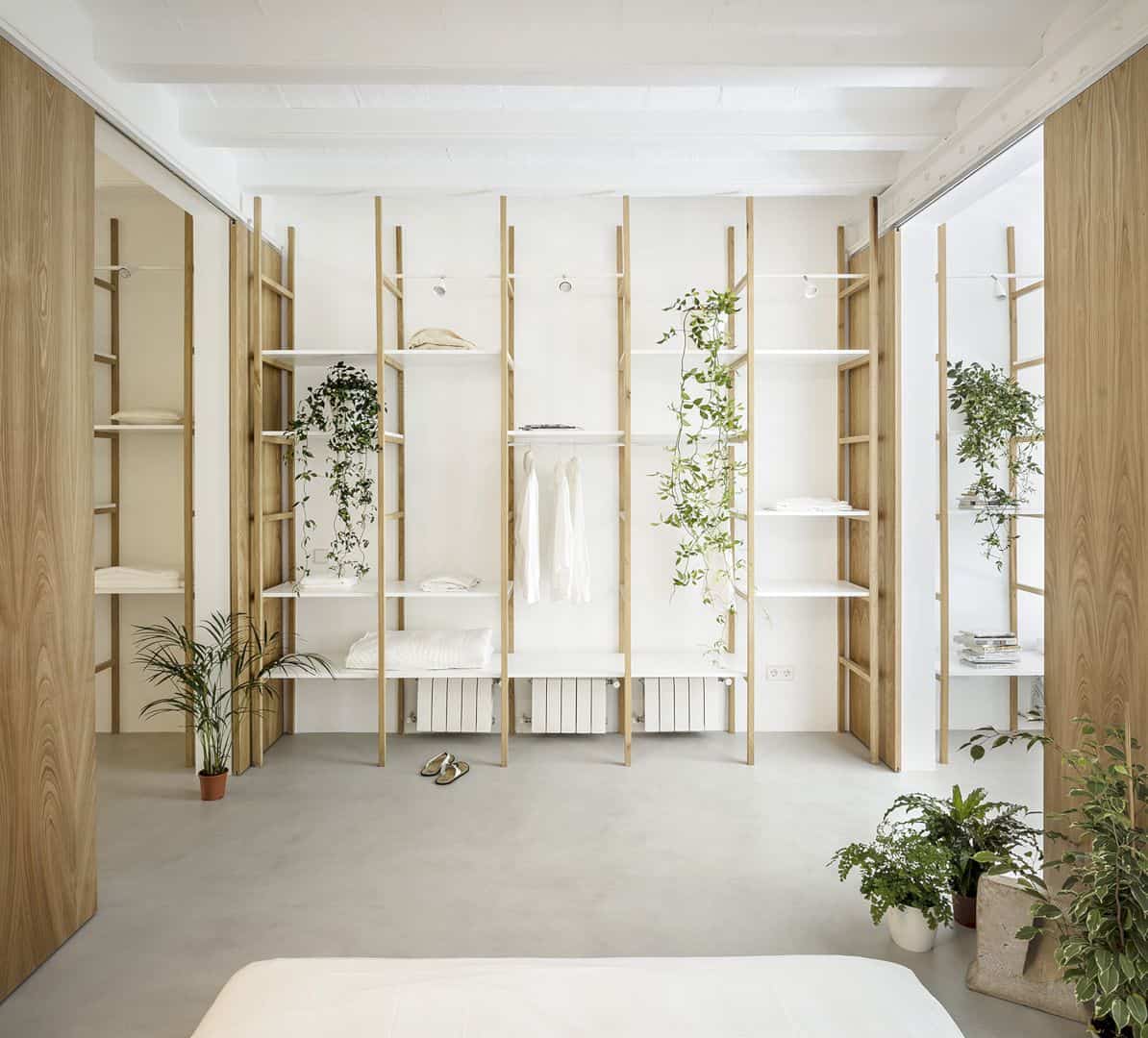 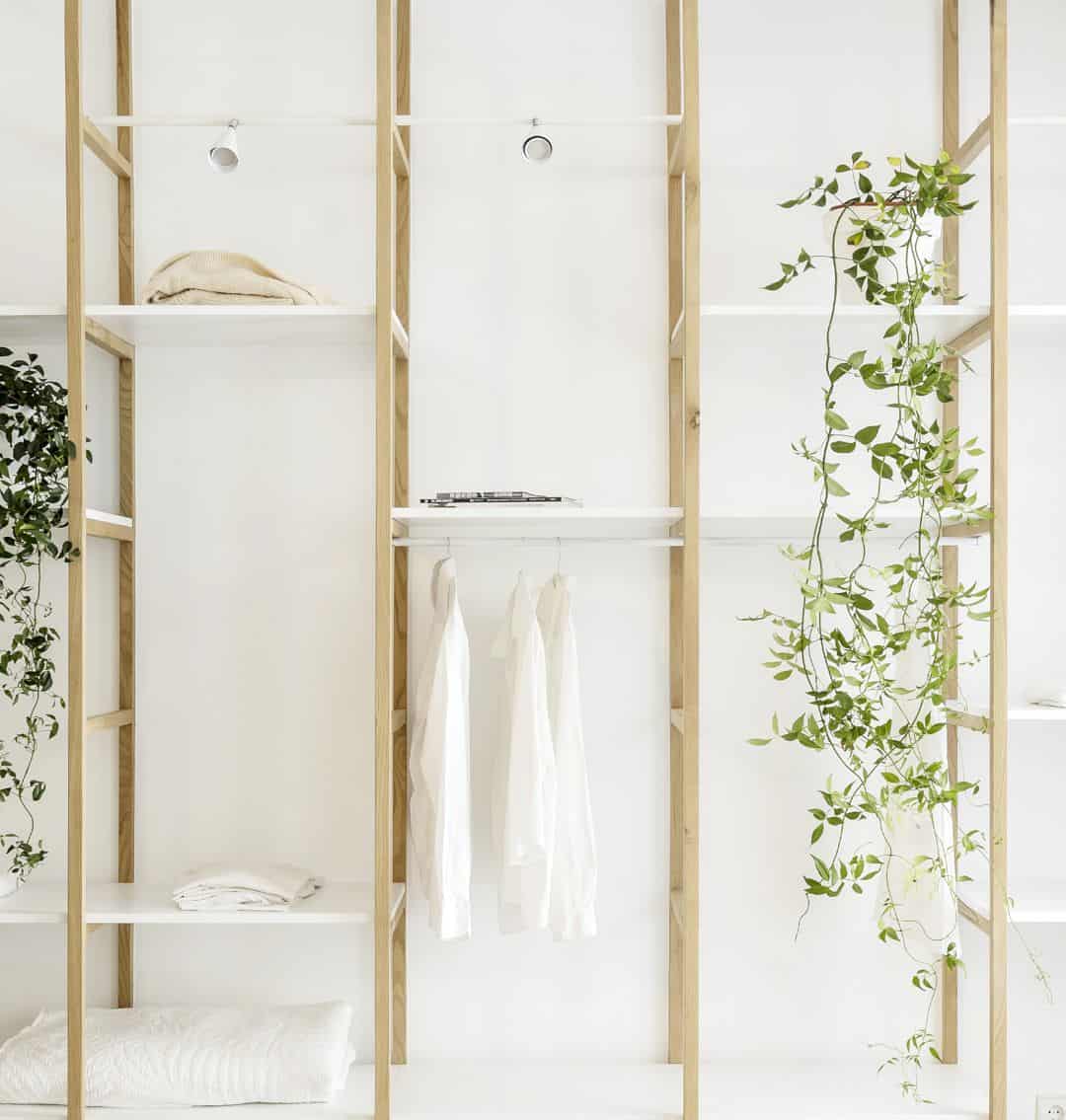 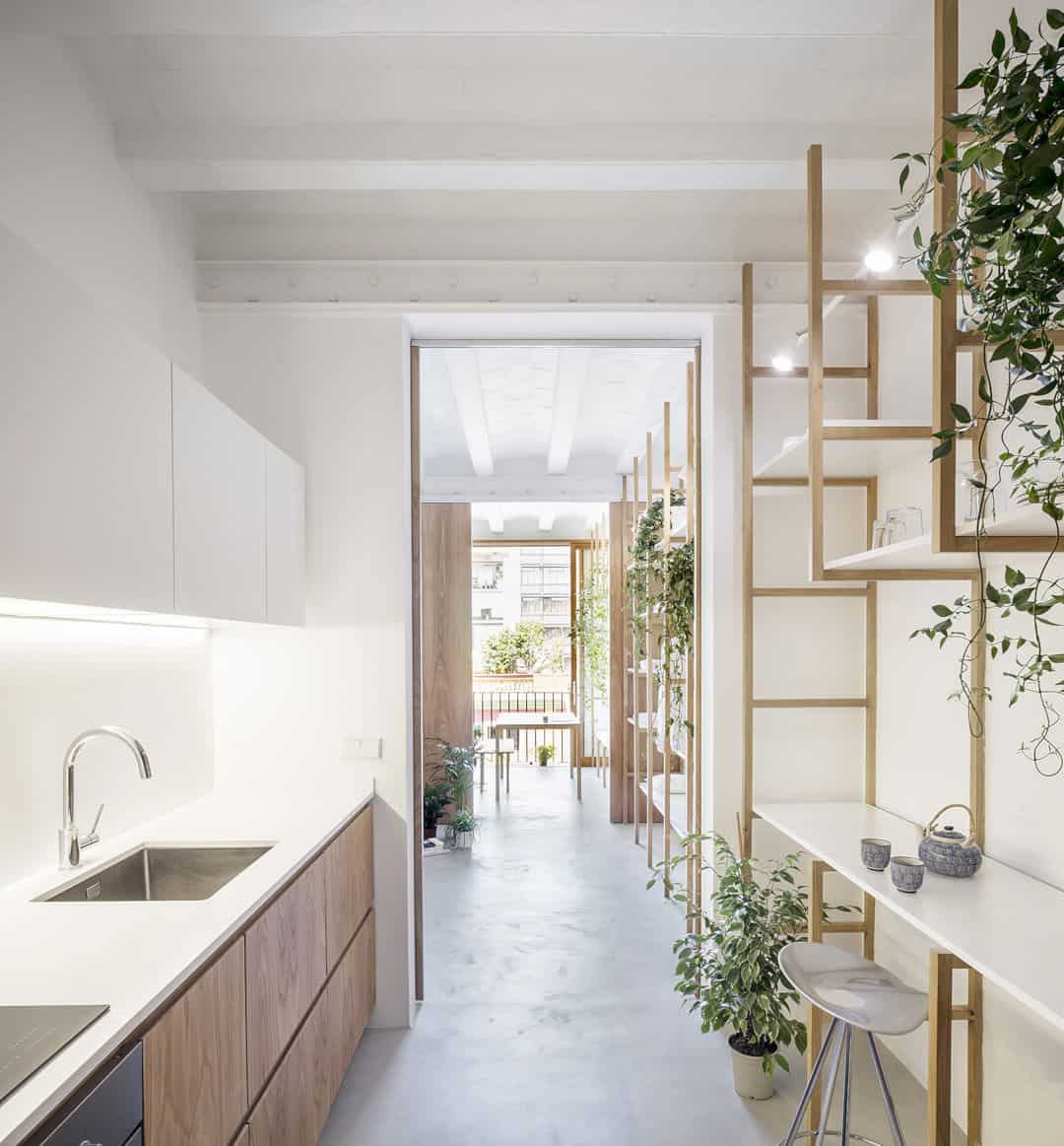 These lofts are also designed with an innovative 23 meters long shelving structure to solve the need for storage. This shelving is made of timber ladders with an in-between distance of 60 centimeters. The rungs of the 41 ladders support the white lacquered wooden boards and the white steel bars to stabilize the system’s horizontal loads with different functions. This modular light system is also defined by the program rooms. 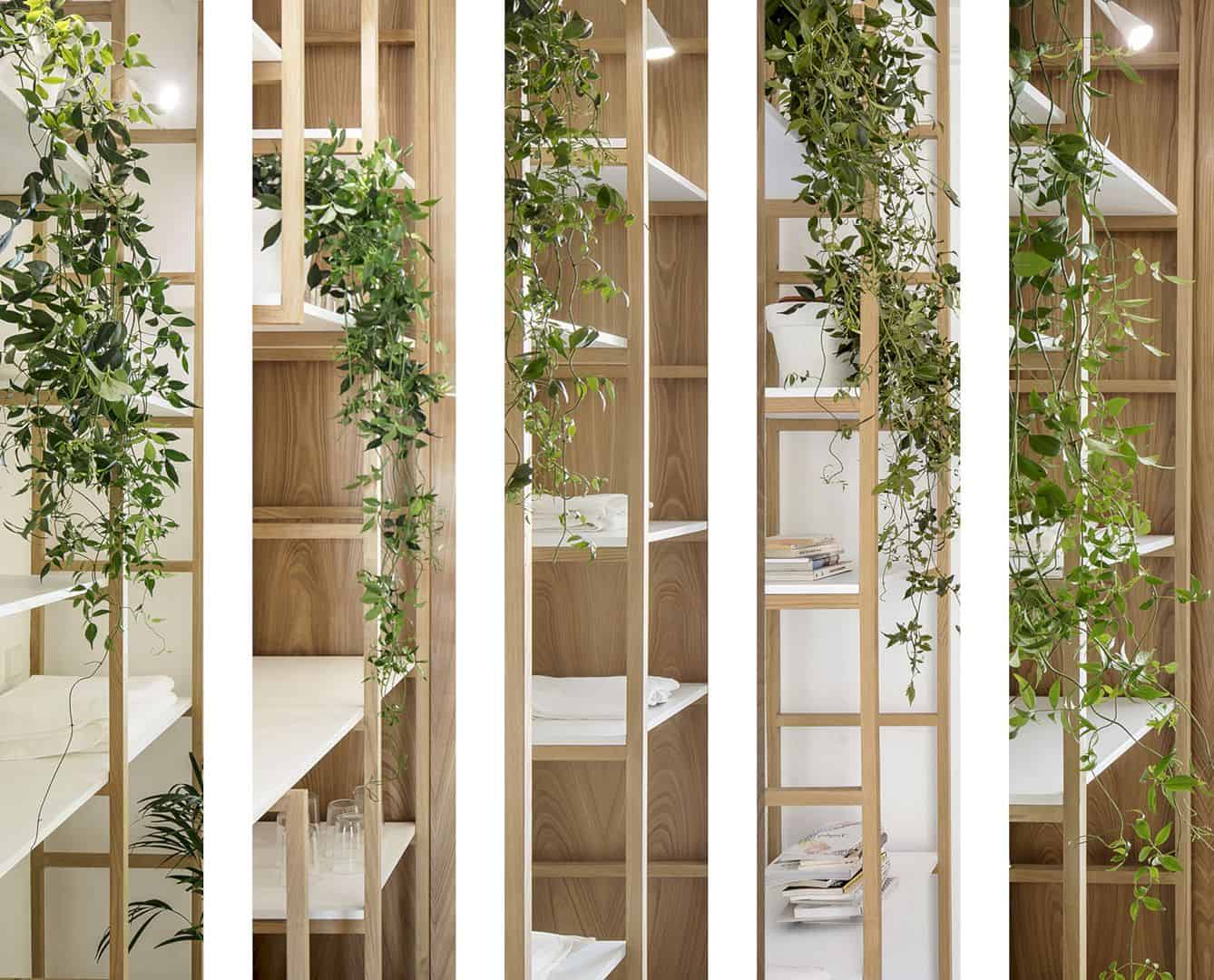 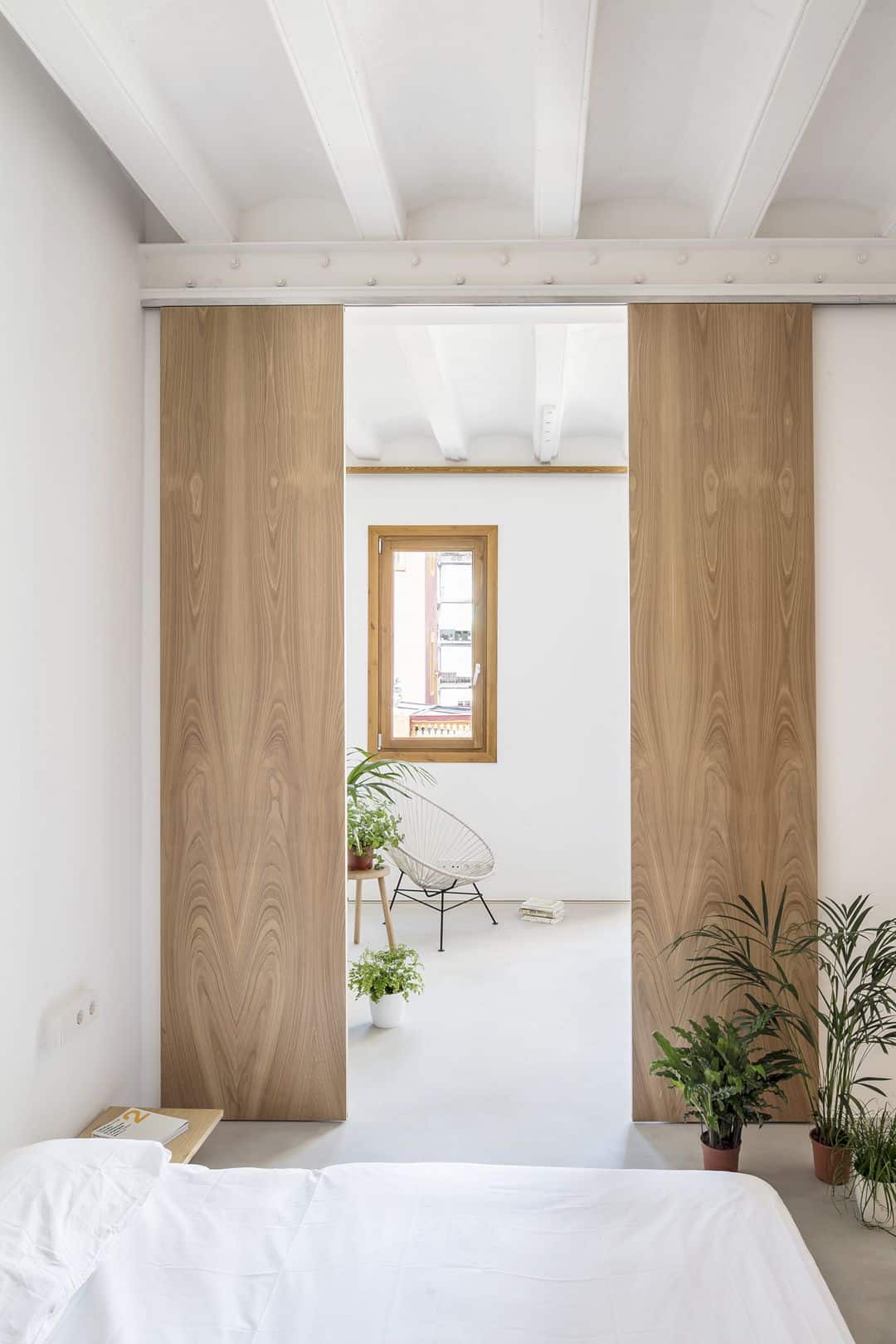 The interior is illuminated by the thickness of the perimeter wall that given by the vertical rhythm of the ladders. The scenery envelope is formed by the white painted walls and ceilings. The hanging plants offer an awesome harmony with the chestnut structure. These plants also improve the interior air quality and regulate the humidity while the new domestic environment comes from the living, dead, and inert material.