Skip to content
Home Houses Cabane 217: A Modern Country Home that Creates a Dialogue between Inside and Outside

Cabane 217 was redesigned by Bourgeois Lechasseur Architectes and finished in 2012. Located in Ste-Catherine-de-la-Jacques-Cartier, Canada, the house opens up to its surrounding where the river and wooded lot is existed to create a breathtaking landscape. In this project, the firm made sure that they were able to create a dialogue between the inside and the outside by taking the living areas into consideration.

The redesigning project involved preserving some original country character of the building while emerging the contemporary side that is in line with the surrounding environment. One original element from the house is the original wood siding which was repainted to look fresh.

The wood-based windows also appear like the original ones and apparently flow into the marine plywood panels that help create the new elements.

The overall exterior materials were selected based on the natural and built environment of the region. Take the metal roof for instance. It reflects the sun and highlights the traditional side of this country home’s design.

While the steep slope of the roof was maintained, the architecture firm decided to transform the traditional dormer windows. One dormer allows the outsiders to take a peek of the staircase inside. It also becomes a source of natural light to the central space in the home. On the other side of the home, which is near the existing river, the firm raised the roof to accommodate the master bedroom and ensuite bathroom. Meanwhile, the redesigning project of the Cabane 217 was inspired by LEGO™ model created by the client.

For the second dormer, which is larger than the previous one, the firm wanted to create an airy and bright space that emphasizes the idea of a ‘tree house’. Even so, the privacy with the surrounding vegetation is still maintained.

There is also the screen room that looks distinctive from the main part of the building. The screen room is actually an addition to the original house. Aside from that, the distinctive contrast also exists from the spacious rooms and the large deck. Such contrast actually provides a threshold between the inside and the outside as well as frames the site view, creating the relationship with the house’s environment.

Compared to the original interior design, the inside is much brighter with the elements of nature adorning the spaces. This space, for instance, comes with floor-to-ceiling windows that make the occupants feel a lot closer to nature. The use of natural material on the floor and windows as well as the addition of a fireplace offers very welcoming and intimate atmosphere in the interior.

The dining room comes with an interesting design as the wooden dining table is combined with colorful and modern dining chairs.

Not far from the dining area, the kitchen displays a new look since the firm completely renovated it.

This new lighter and brighter staircase will lead you to the upper floor where the bathroom opens in the master bedroom.

Despite a no-nonsense design, the bedroom appears spectacular with the floor-to-ceiling windows that offer an impression of floating in the trees. 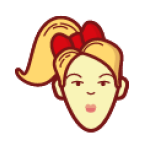