It is a renovation project of a typical two-story apartment-house into a single-family house. Completed by Kochi Architect’s Studio in 2014, Apartment – House offers a 177 m² living space in Japan that is comfortable for the family and suitable for their budget.

Originally, the apartment was used as a typical two-story apartment-house with eight small rental units. Sits in the suburban area of Tokyo, the architect renovates this apartment into a single-family house instead of demolishing it.

More than half of the old apartment units were empty, that’s why the owner wanted to demolish it then build a new house for them and their two girls at the beginning of the project brief. 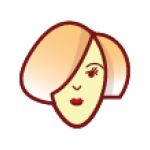