Casa Cor: Simple Elements with Plasticity of the Volumes and Architectural Components

Located in Marbella, Spain, this 800 sq. m house was under construction when the customer bought it. Kerimov Architects reconstructs this house because the customer doesn’t like either its shape or color. The challenge of Villa in Marbella is to transform a typical white box into a unique object. 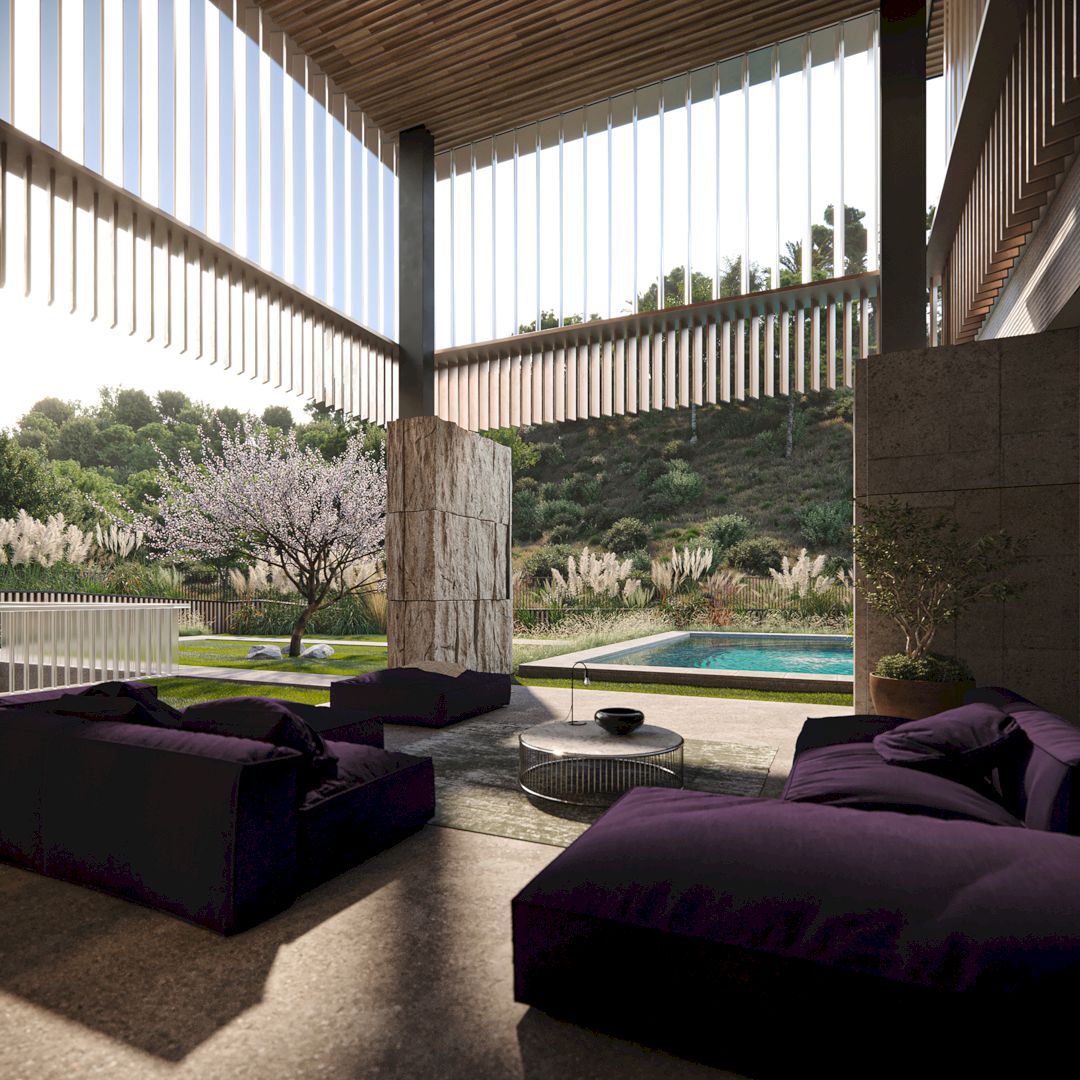 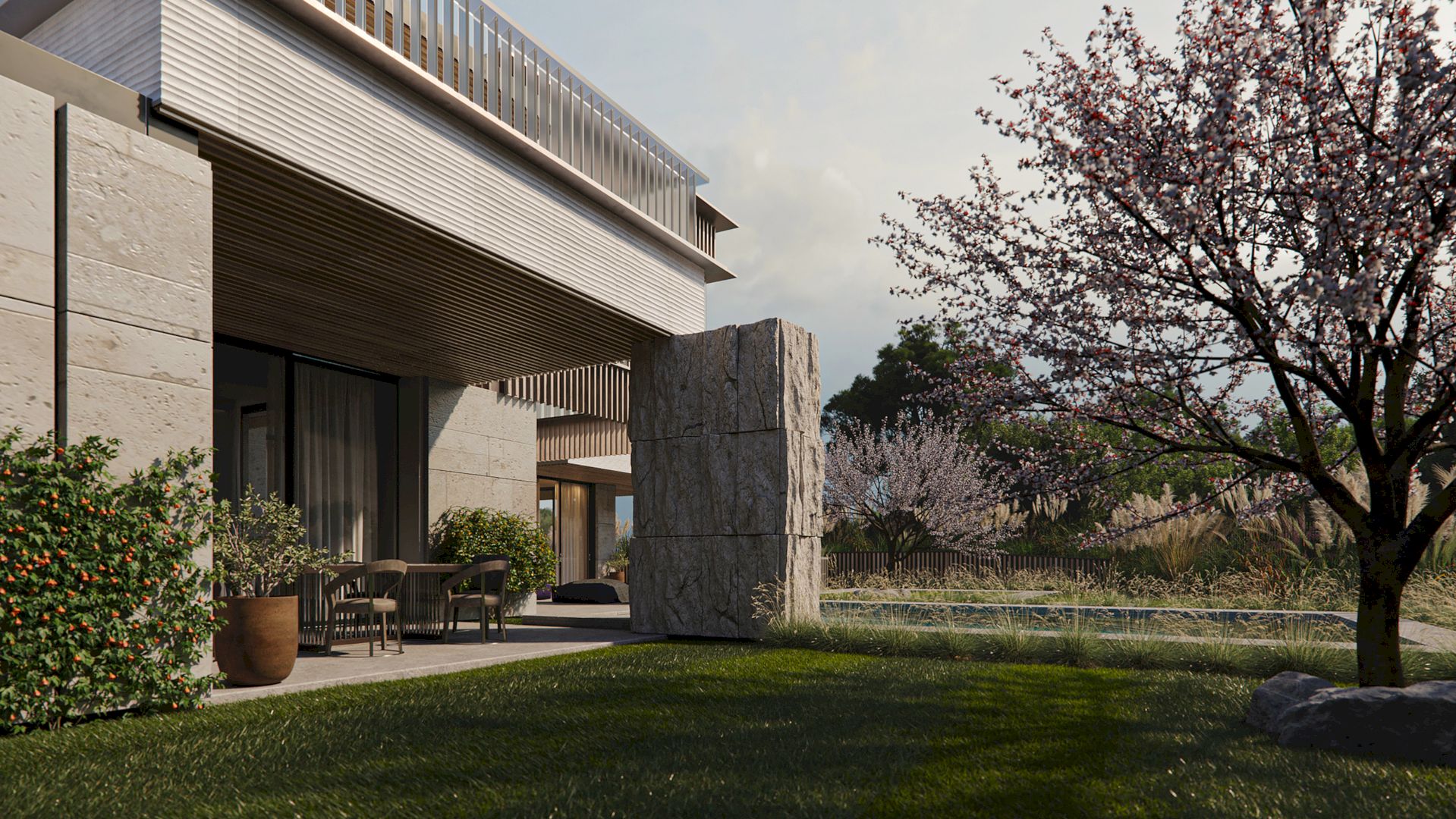 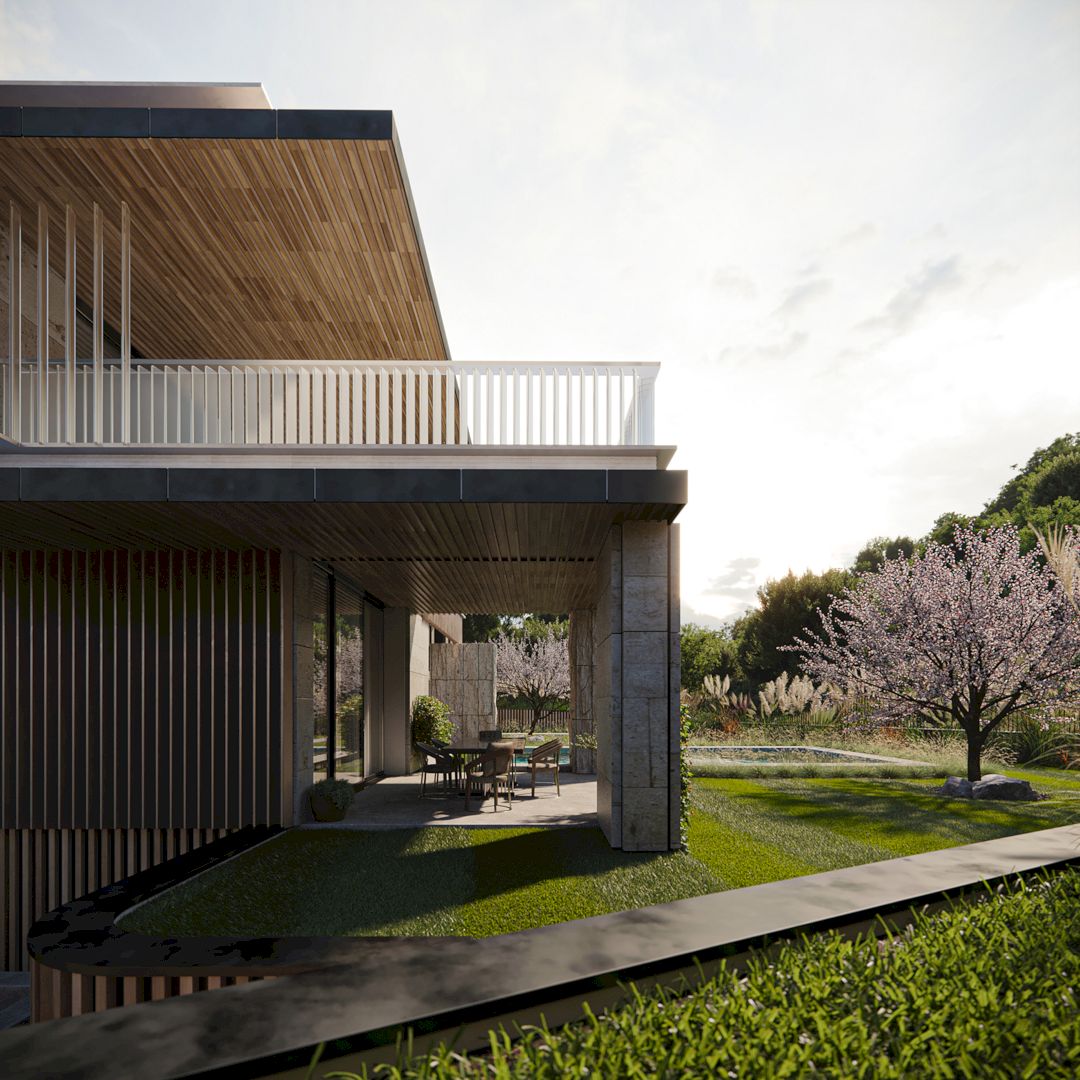 The difficult task in this project is to transform a typical white box into a unique object, especially to meet the taste of the customer and the area’s natural context. This project begins with analyzing the drawings that the architect got from the Spanish architect who designed this house.

The architect analyzes the drawings, studies the local buildings’ typology, then proposes the reconstruction project for this villa. There are dominant directions of the layout in the original drawings that dictate the “horizontality” of architecture and are invisible in the original project.

The volumes are also reconfigured by the architect, creating facade screens and awnings, and emphasizing the building‘s architectonics and the logic of shaping. 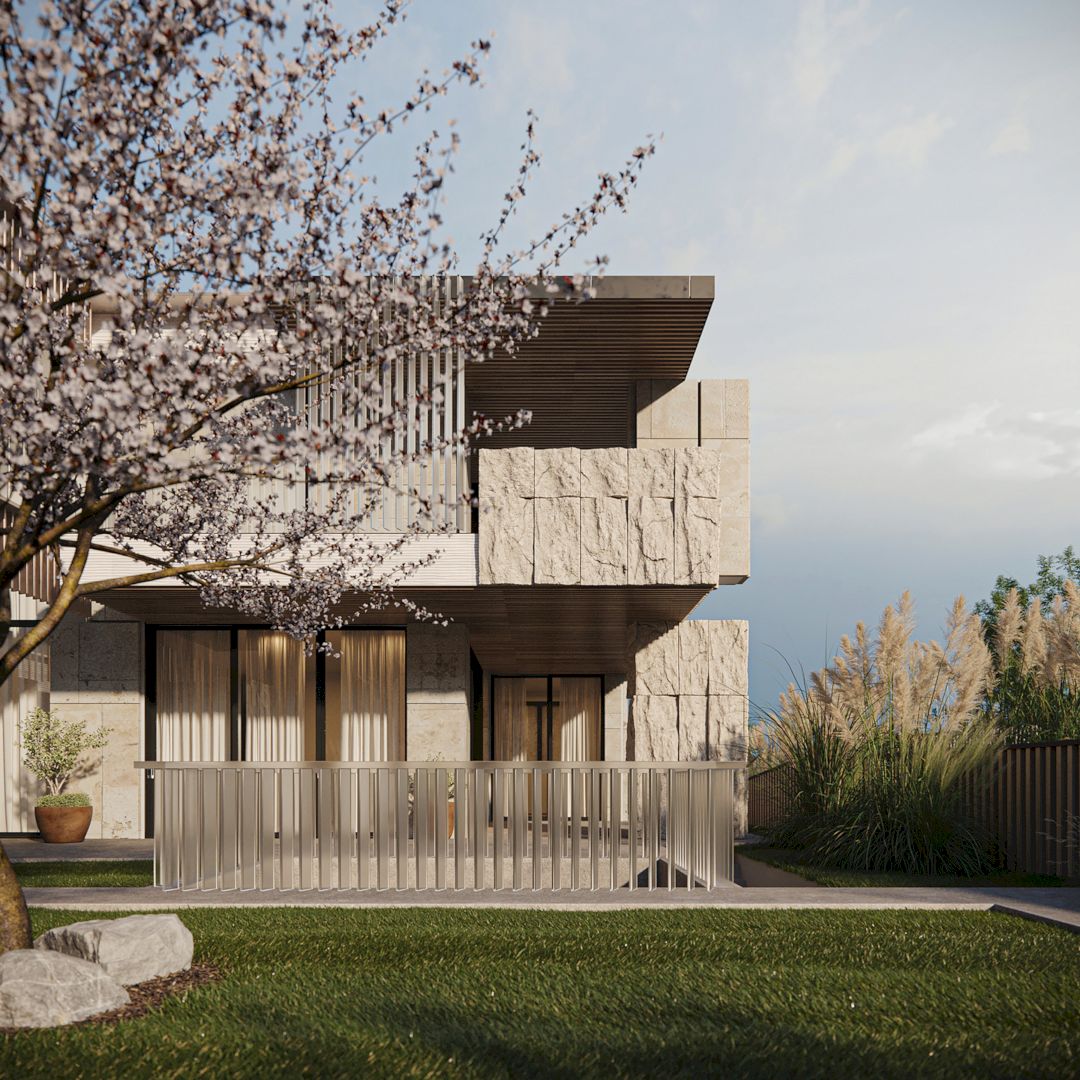 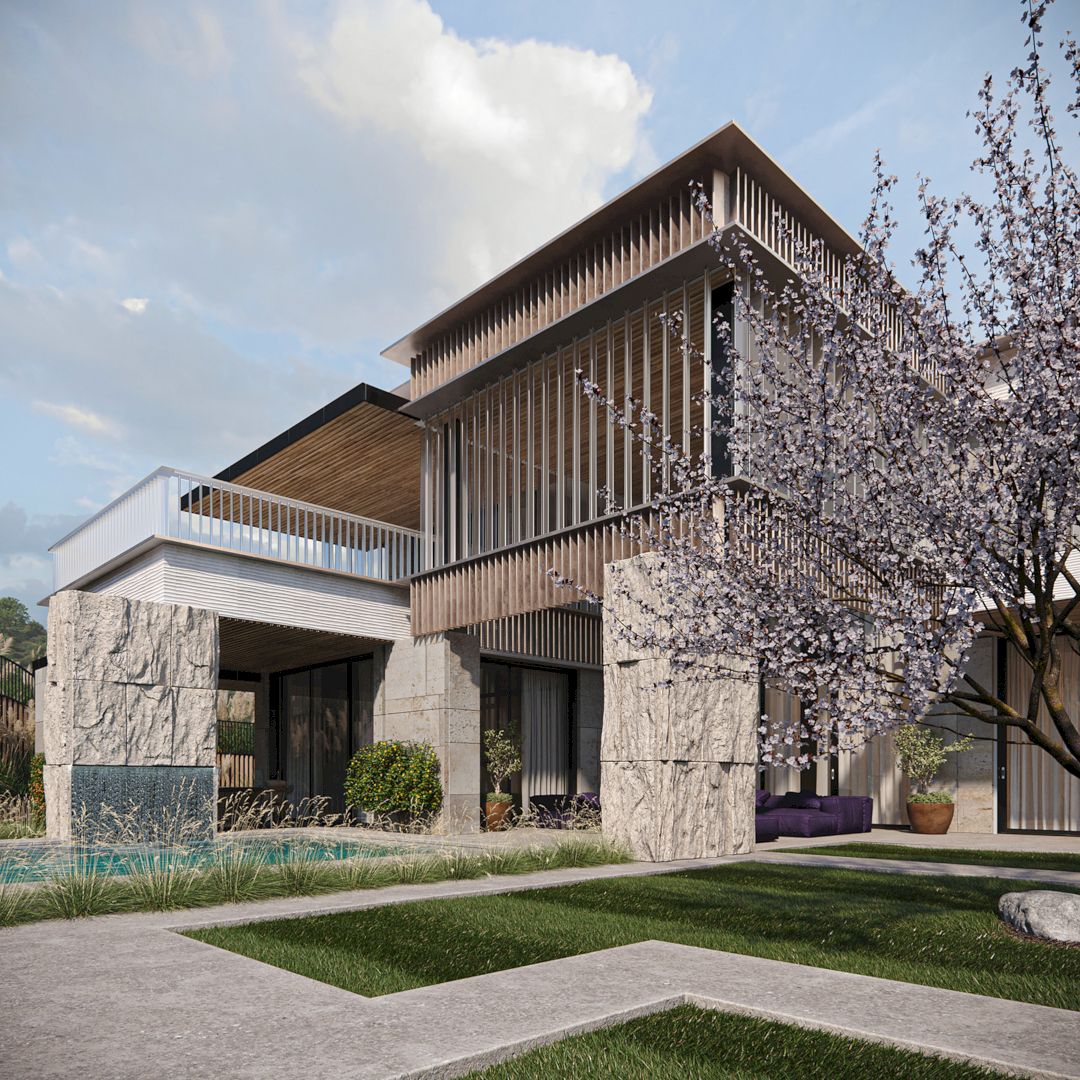 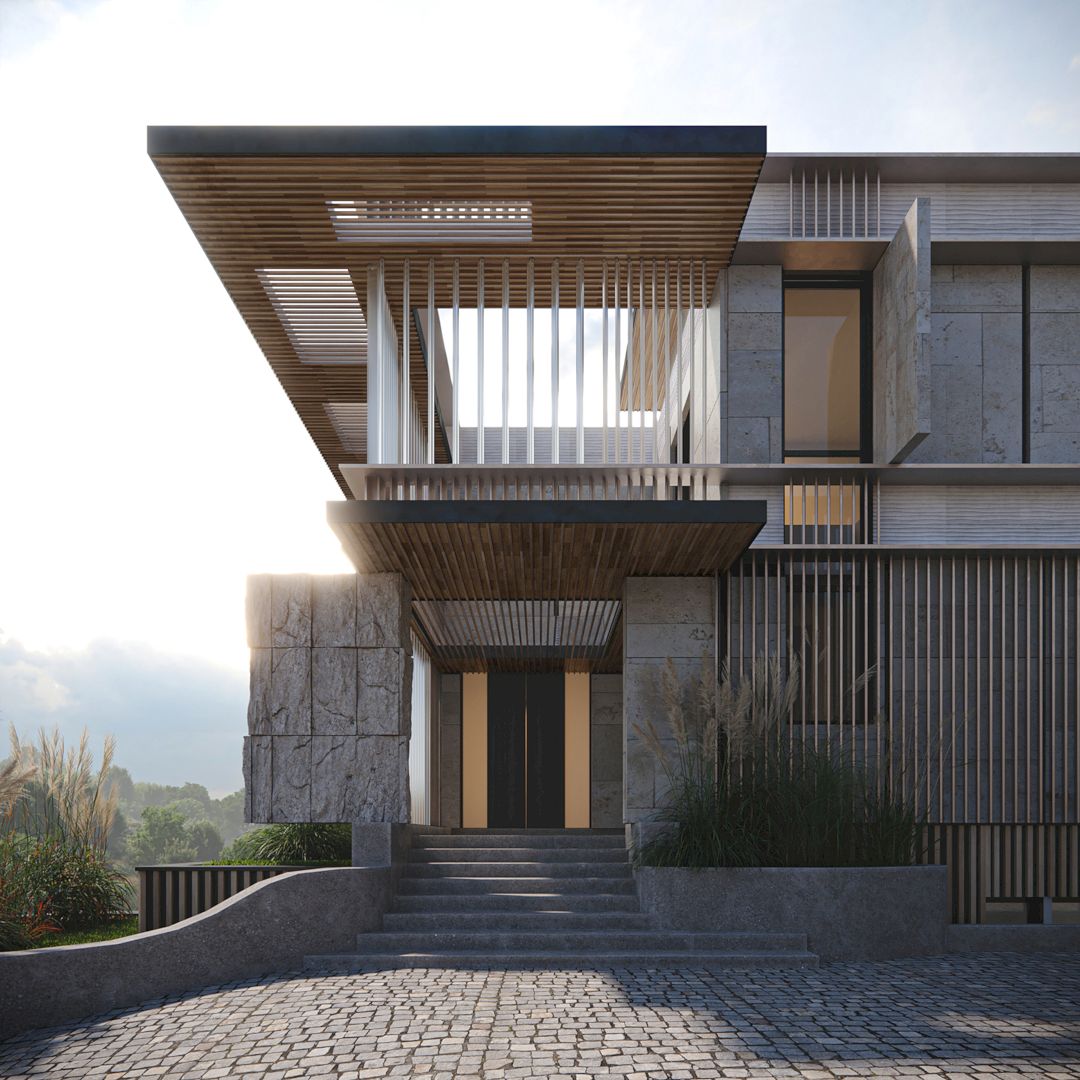 There are stone shutters on the windows that are used to protect the windows against theft and burglaries which is inherent to the luxury area where the villa sits. Blinds and awnings keep out direct sunlight while the load-bearing columns are made of stone.

With the fundamentalness and massiveness of the columns, they resemble the Spanish fortresses’ architecture and also look awesome in contrast to the villa’s lighter materials and the facade elements’ metric rows. 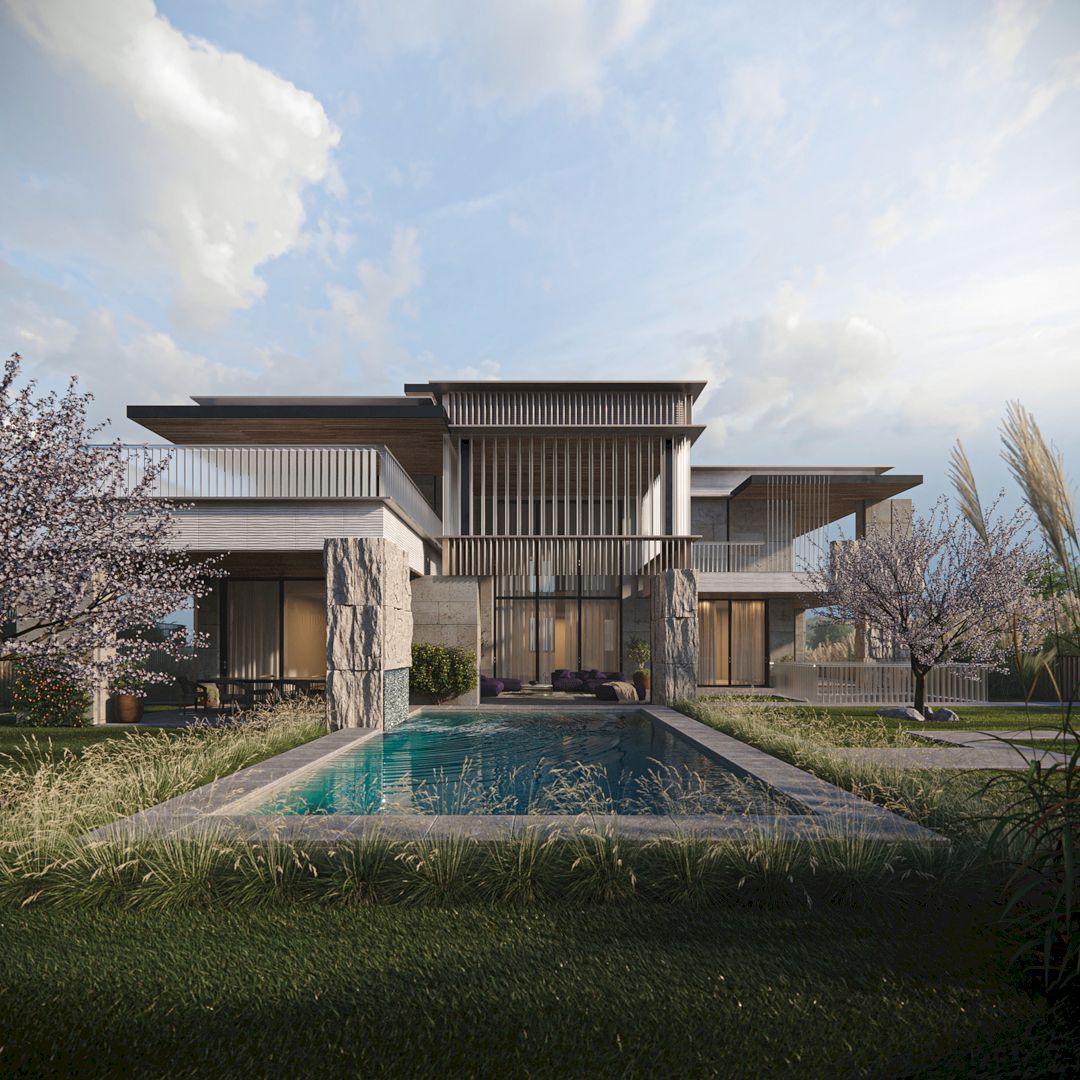 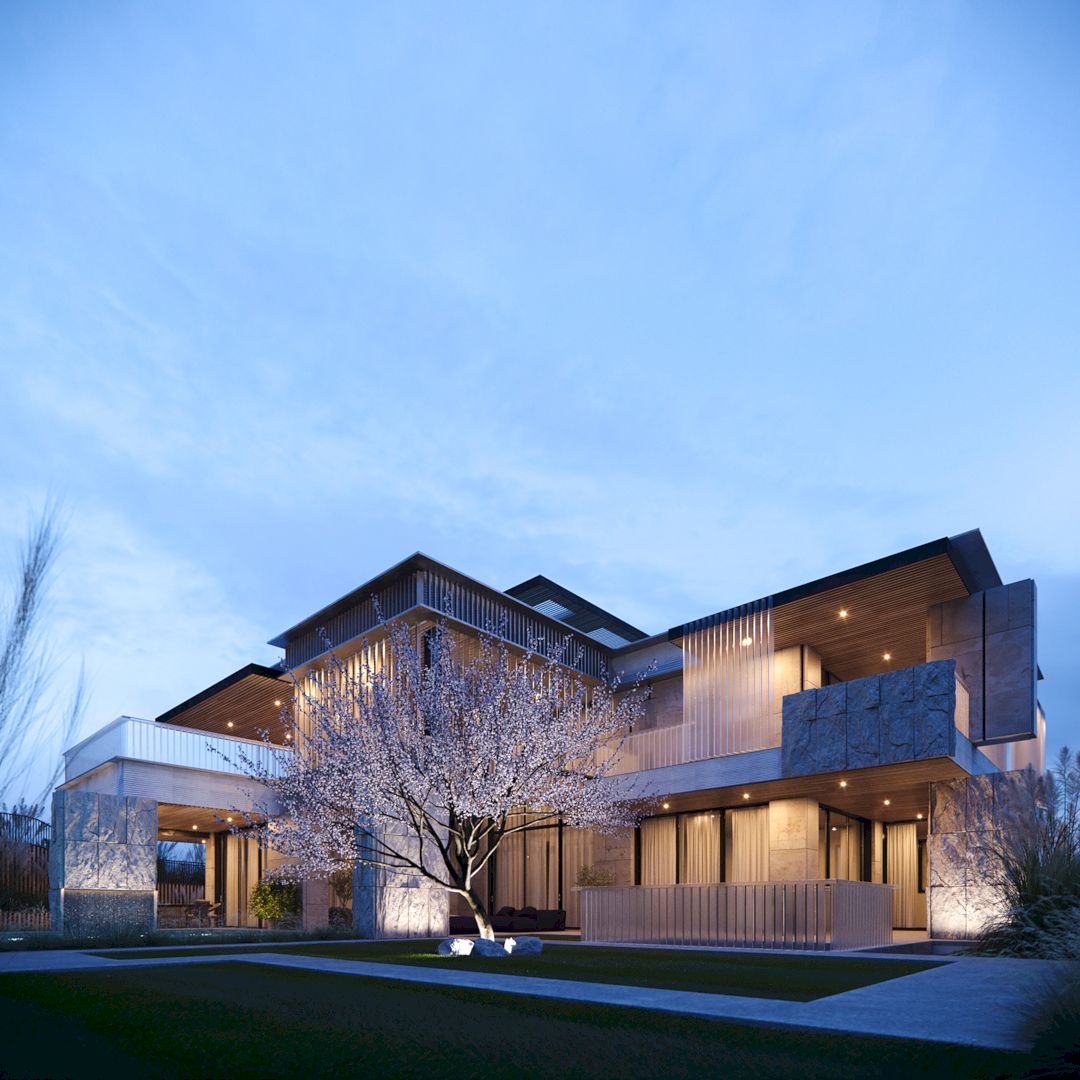 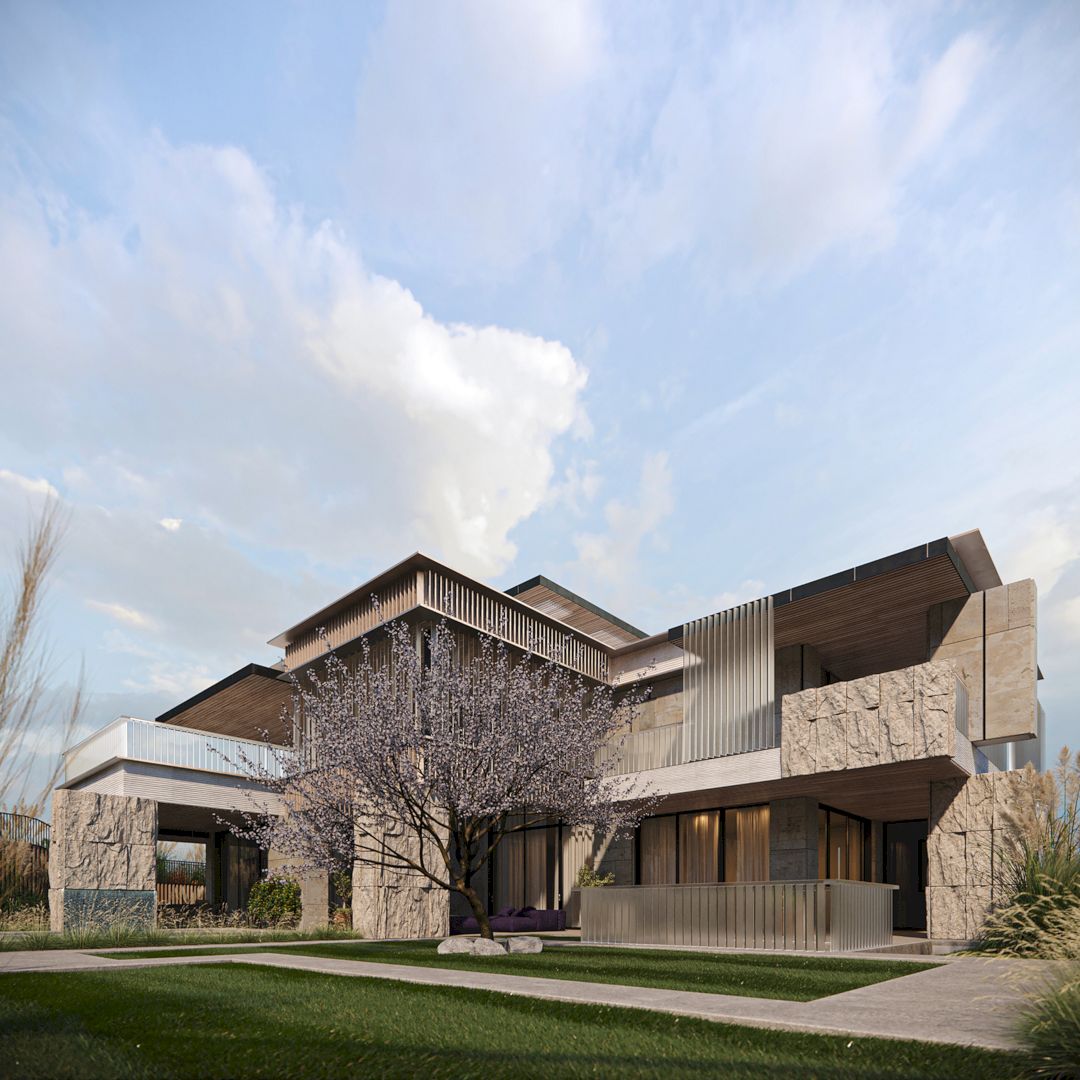 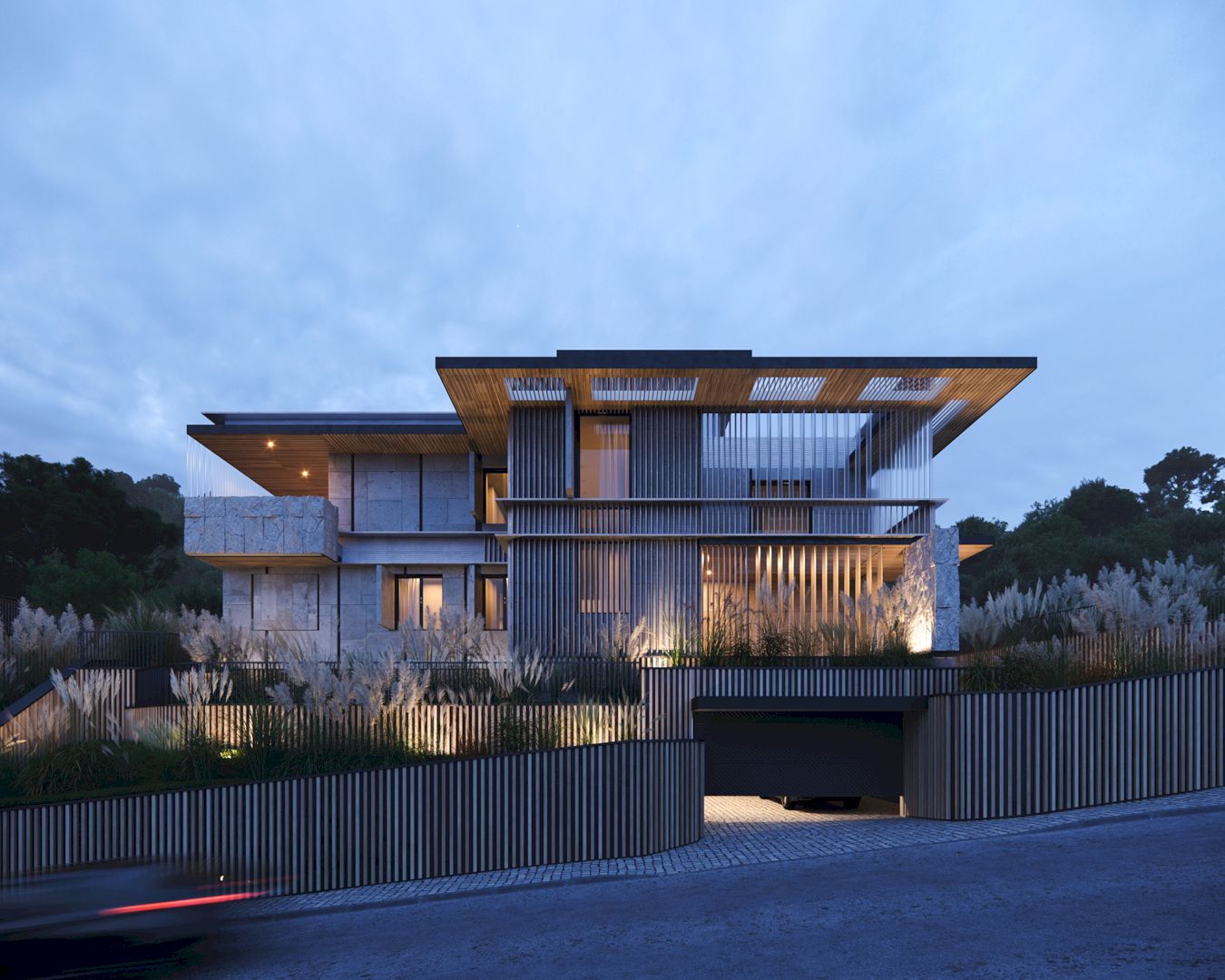 In the architecture of this renovated villa, the contrast of light and massive is inspired by the landscape. There are cherries growing near the house and these are monumental like stone columns. These cherries are also changeable during the period of flowering as the facade’s glass elements reflect nature’s different state.