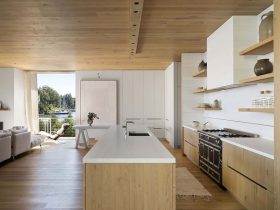 House at the Pyrenees is a completed project designed by Cadaval & Solà-Morales. It is an old existing vernacular house made from dry stone – a traditional technique in the area of great tectonic value –  located in Arran Valley, Spain. This project also elaborates on a series of interior horizontal partitions to generate new and contemporary spaces for living. 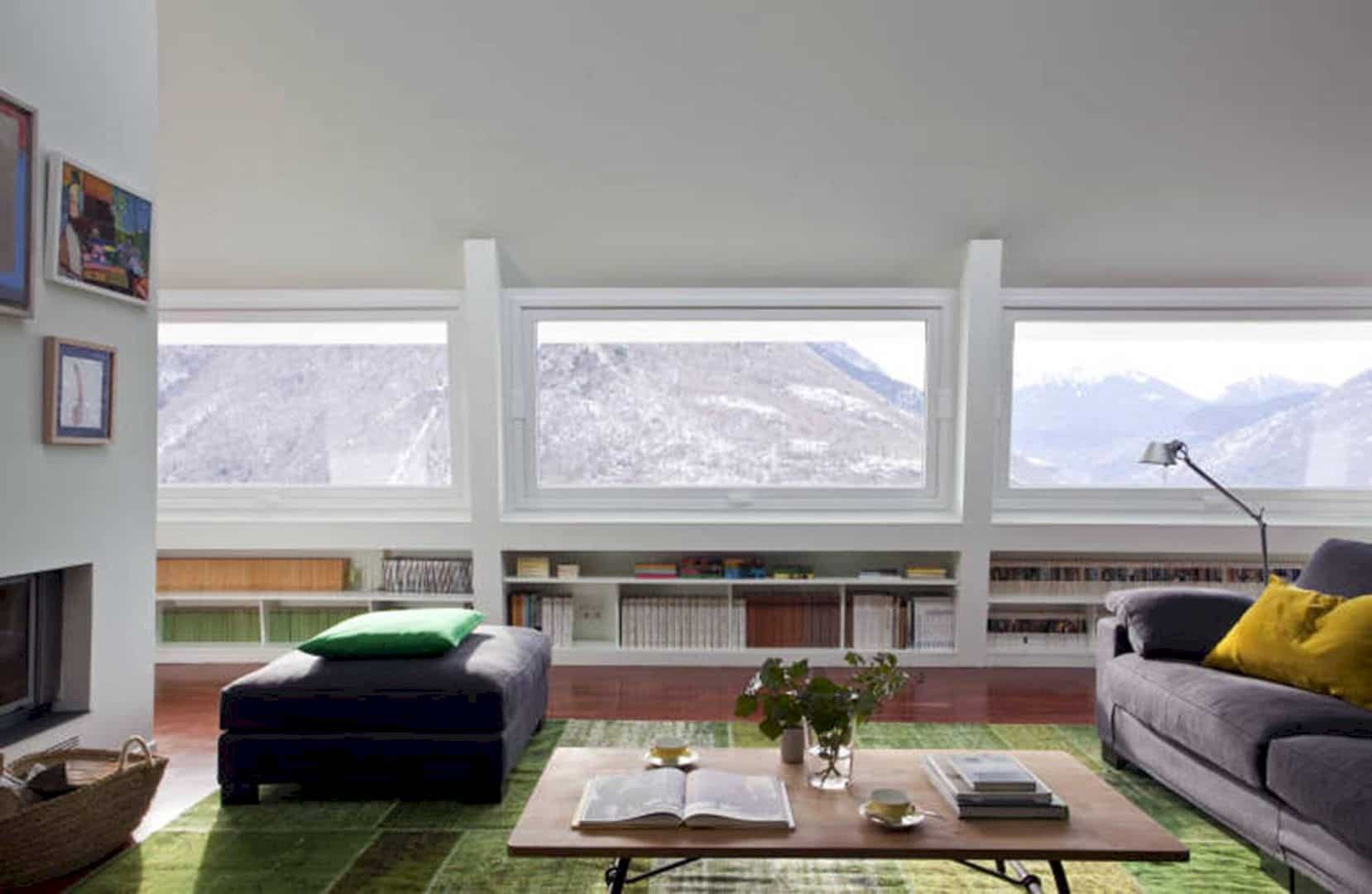 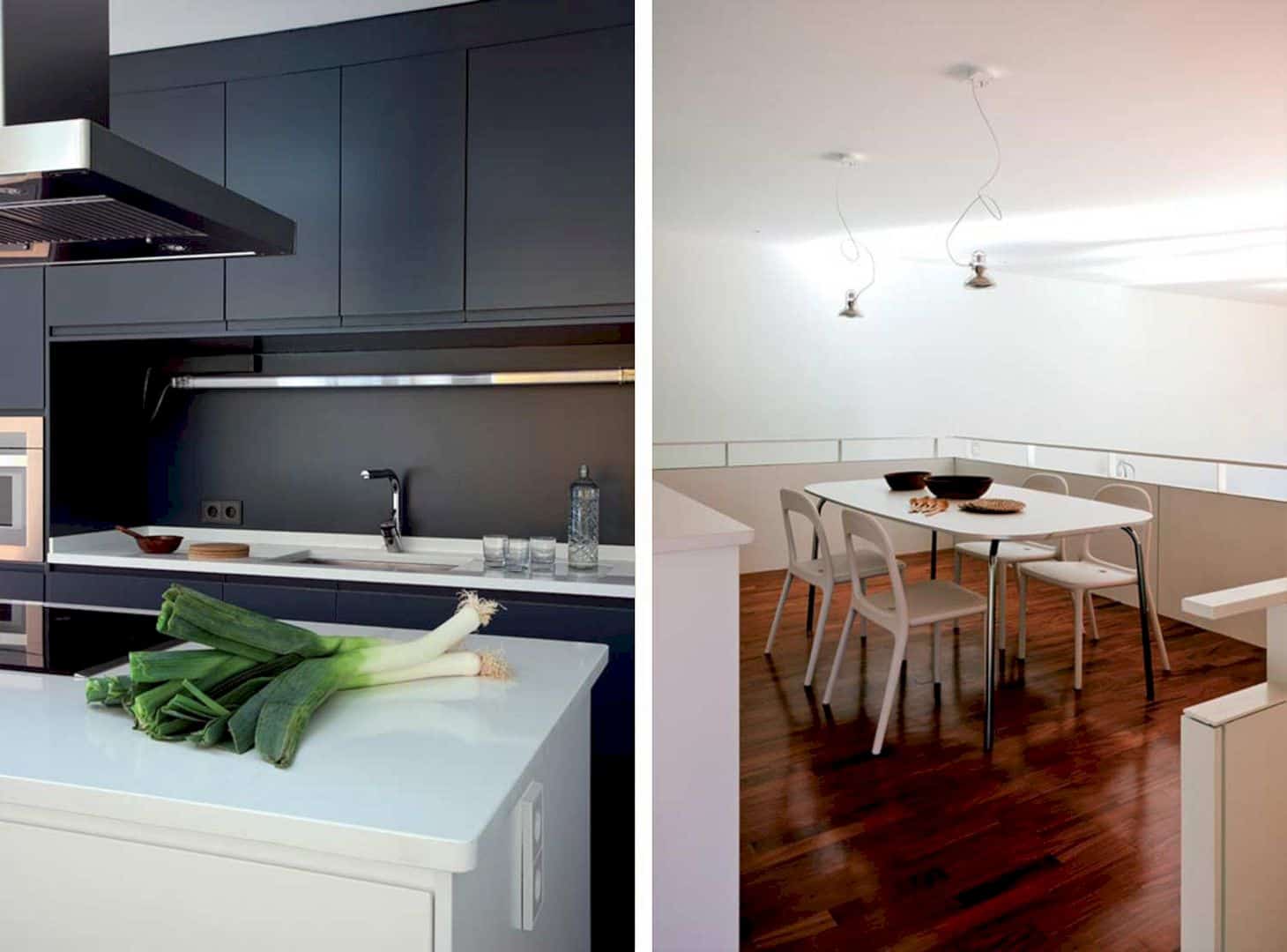 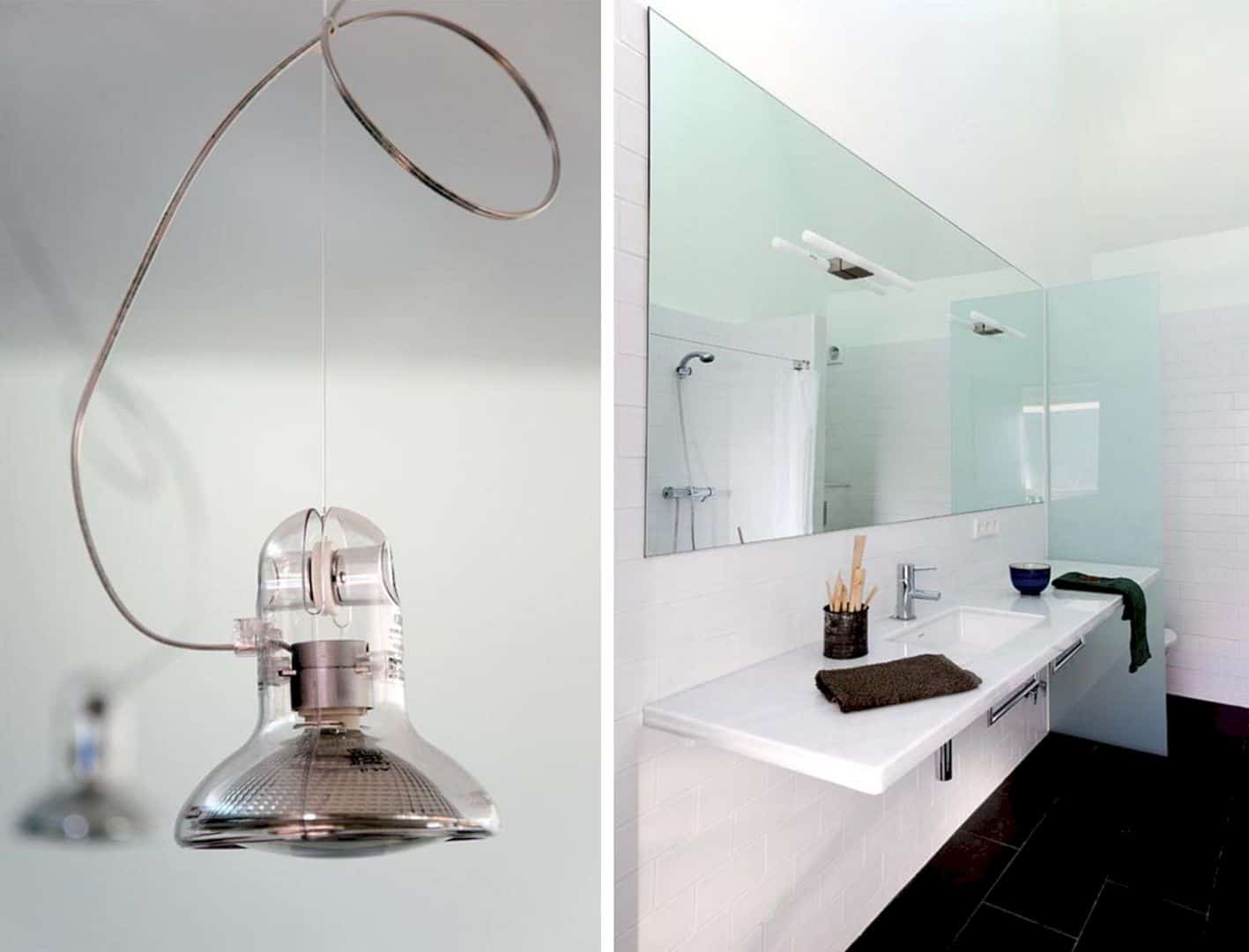 One of the project goals is to display the construction values made from dry stone with a traditional technique but the distinctive attributes inherent to this construction technique denies the awesome environment surroundings. This technique also gives compactness, large mass, small openings, obscure interiors, weight to the house building. 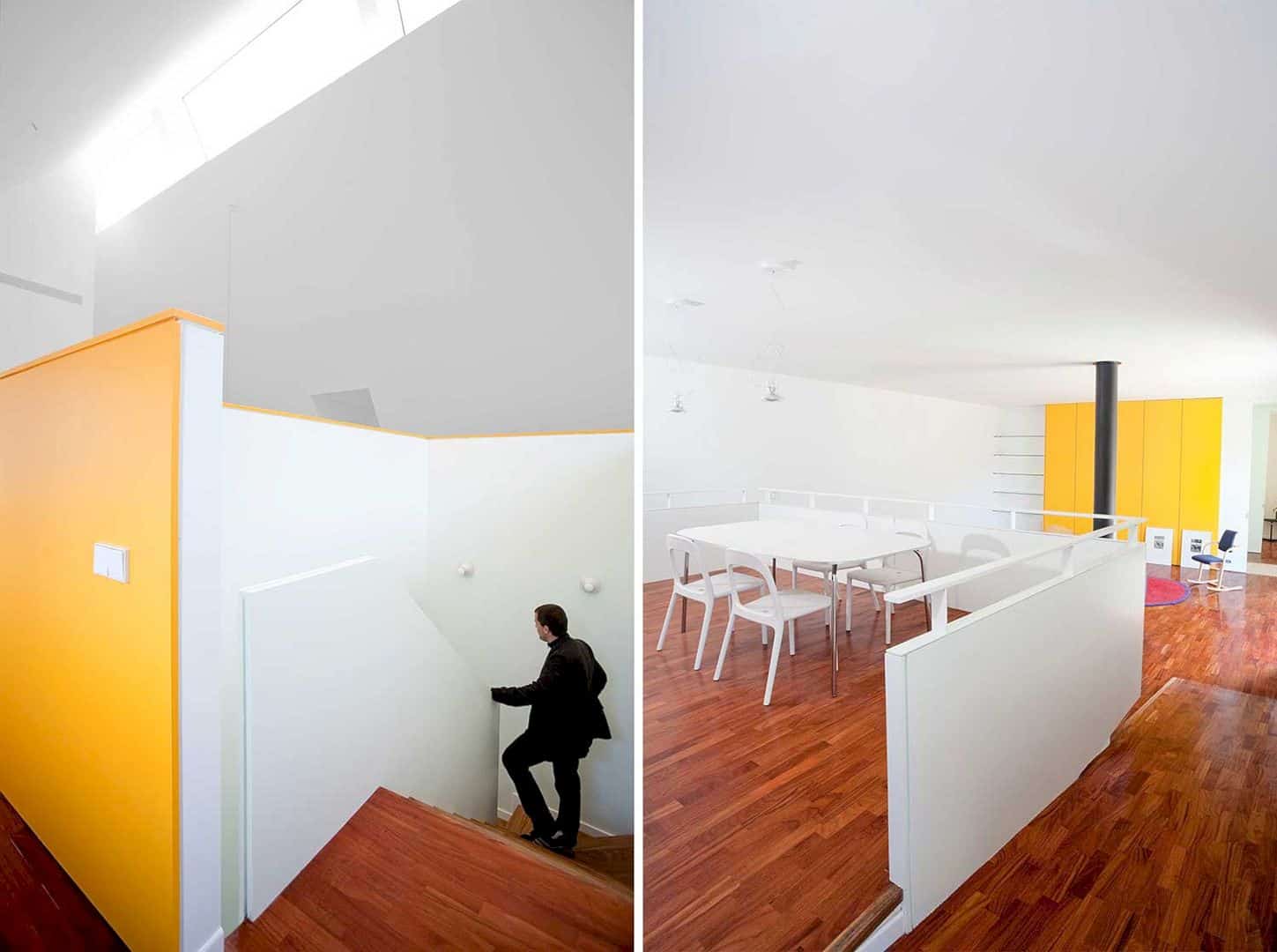 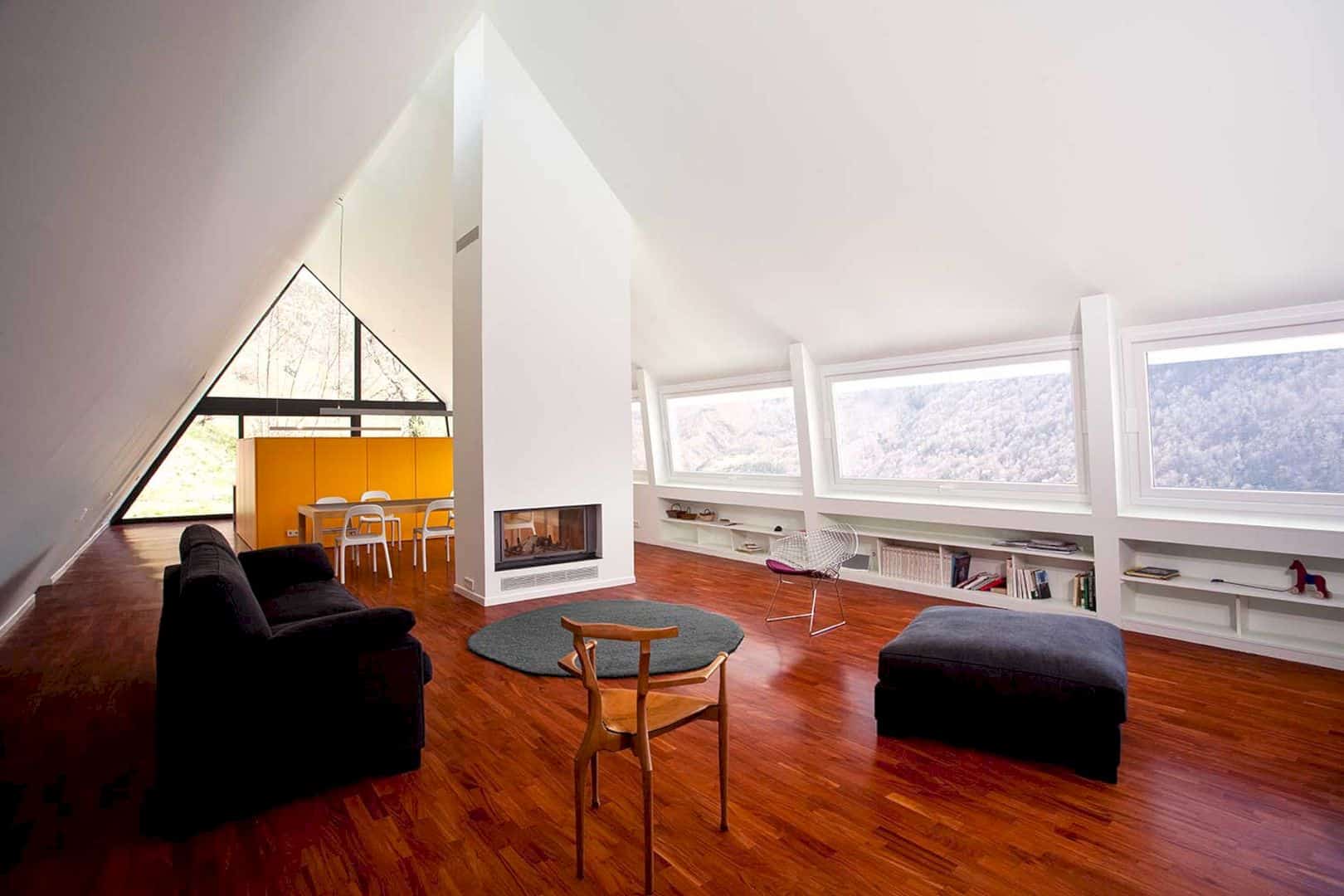 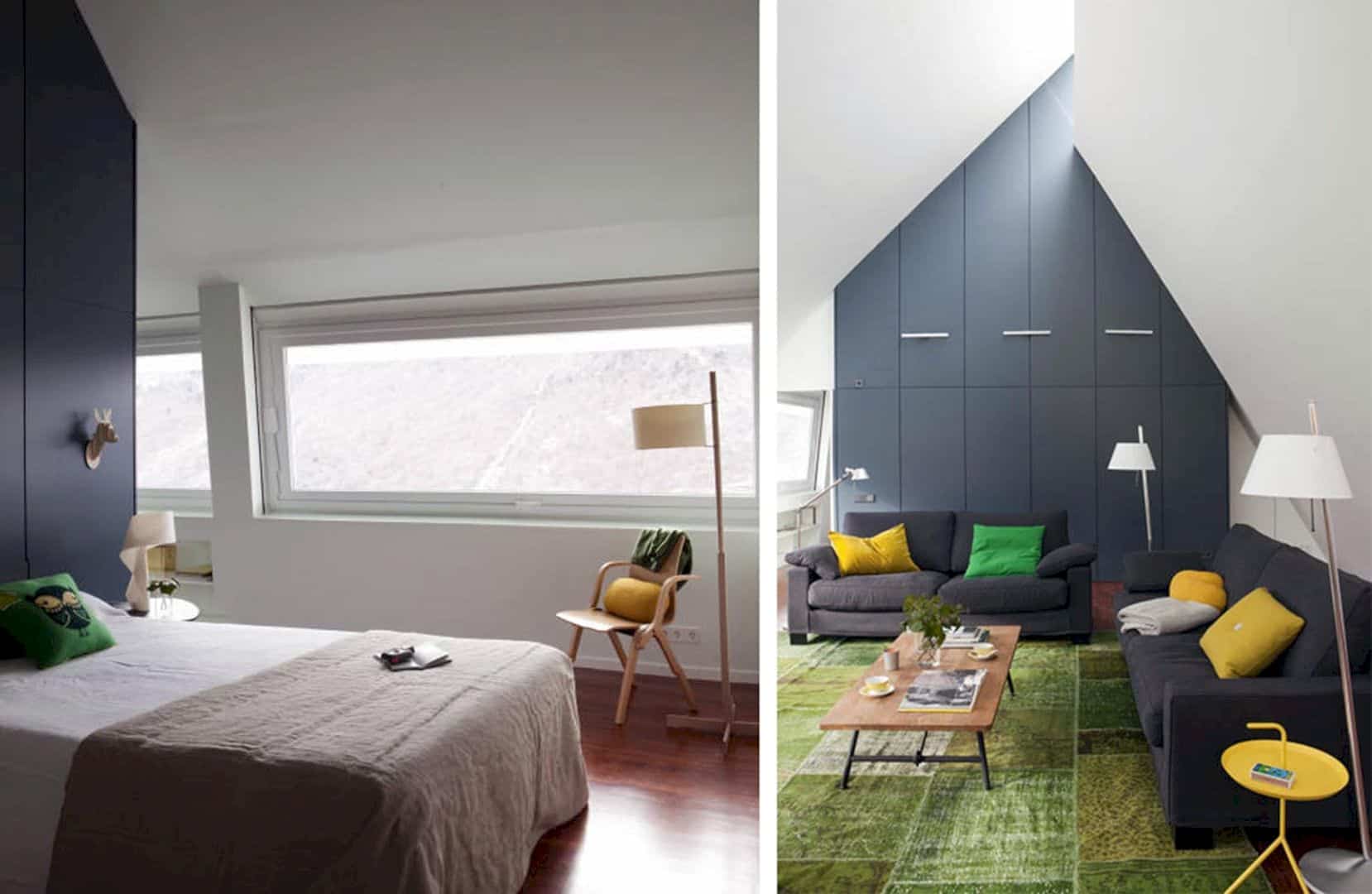 A series of interior horizontal partitions in this project is also elaborated, supported by two vertical containers that behave as divisions of the continuous space and structural elements. Continuity within the house can be generated by these vertical elements, allowing the possibility of transforming the house into two independent homes. 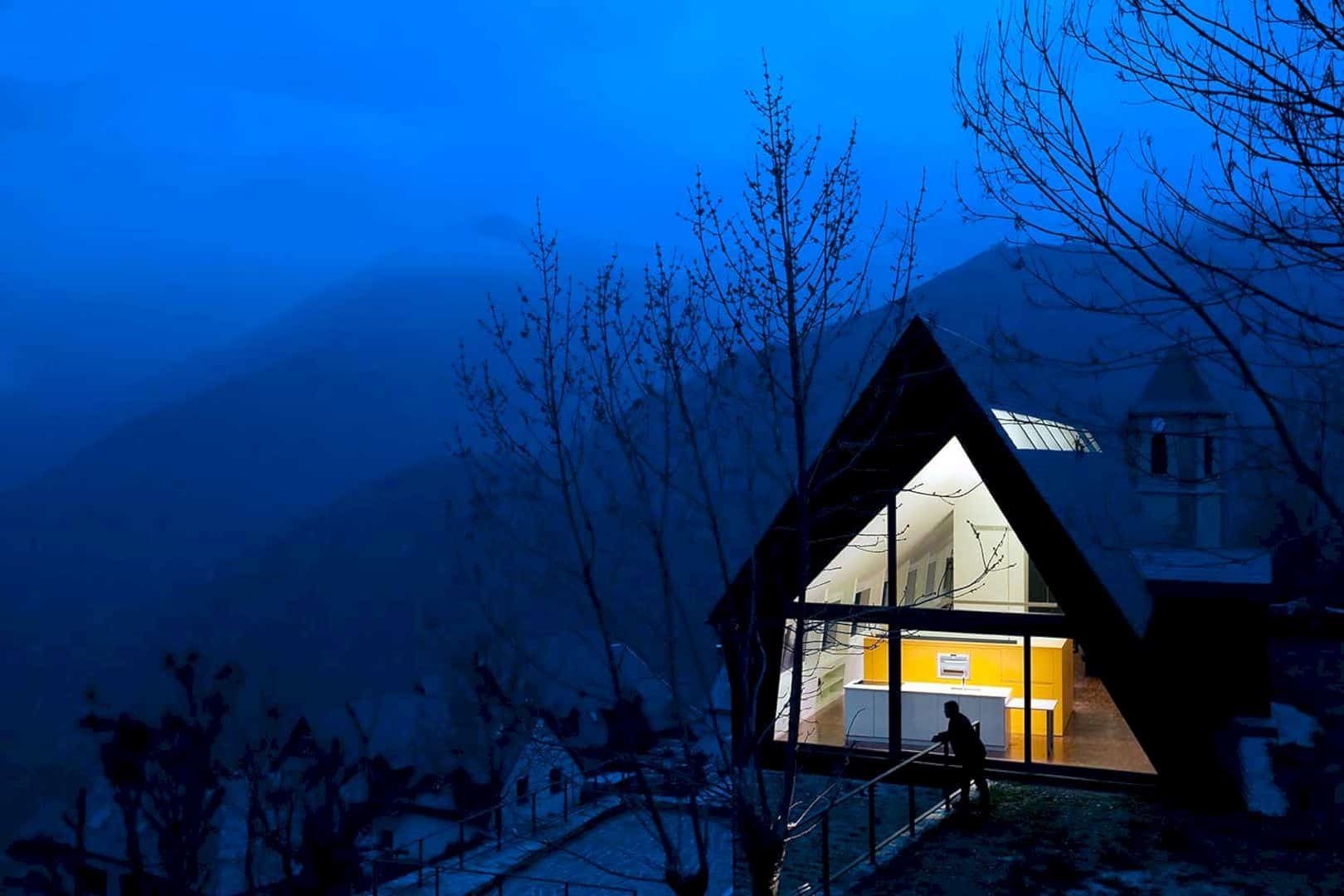 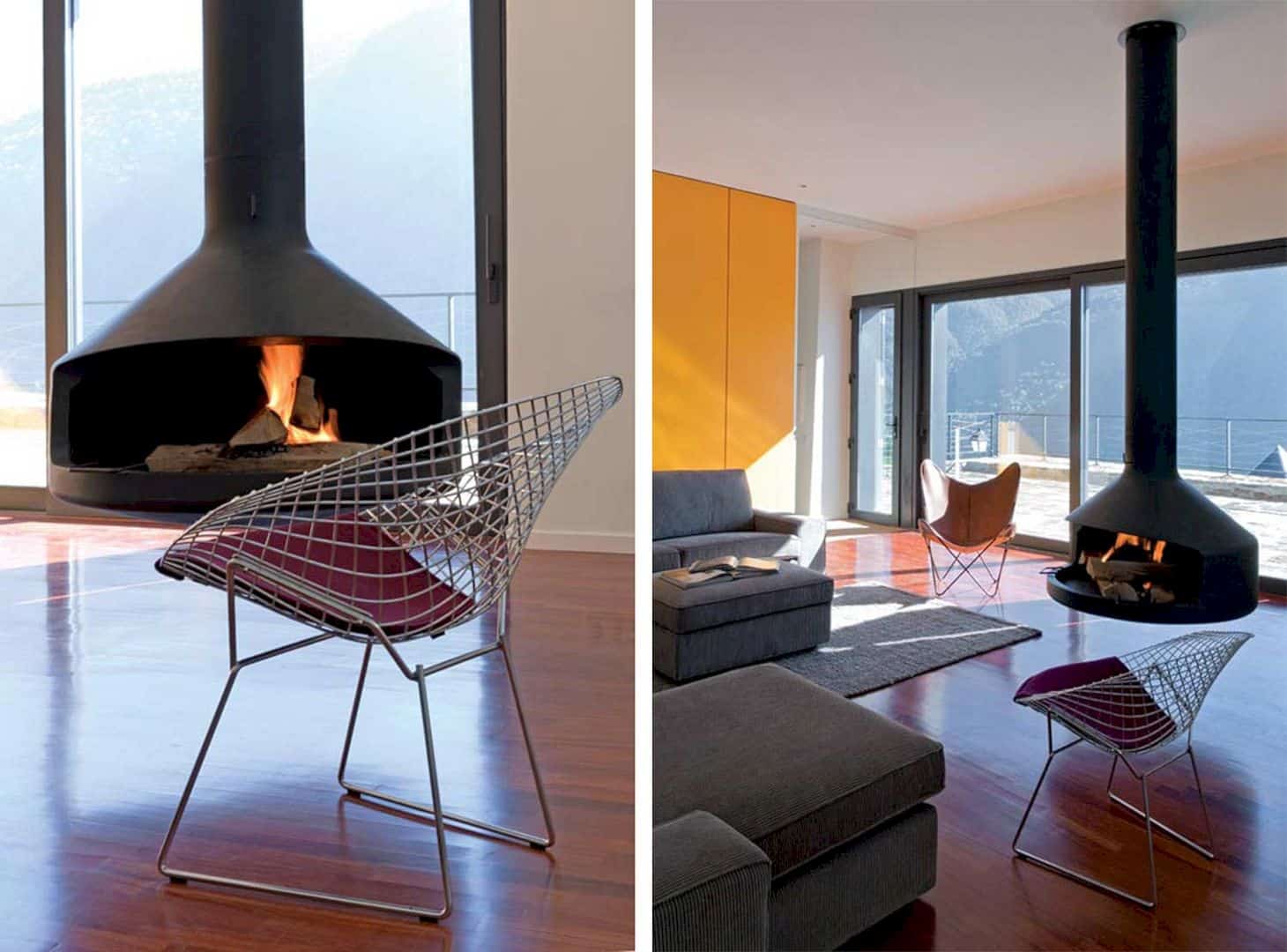 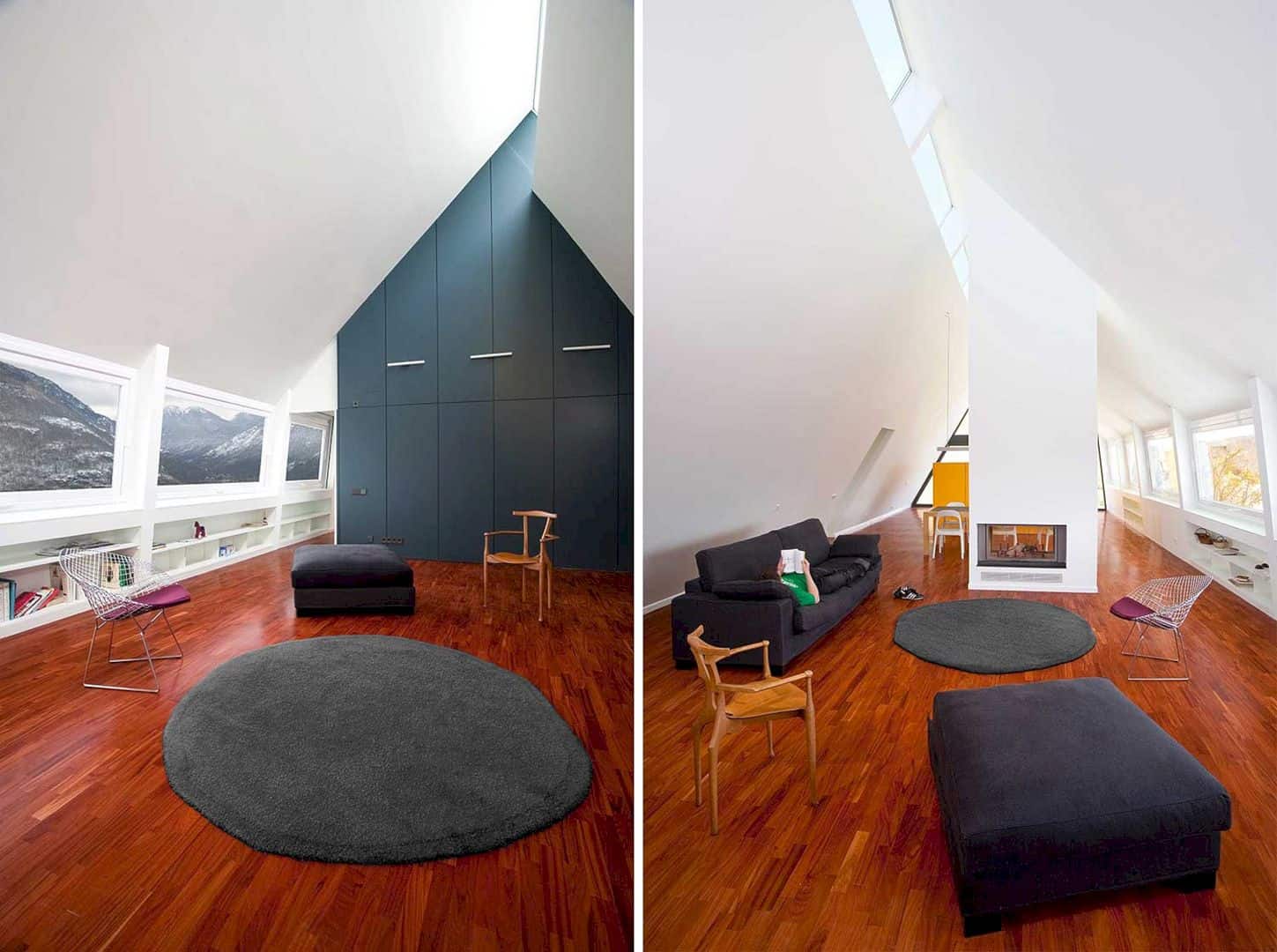 A large continuous deck is placed on the top floor of the house. This deck consists of two planes to create a view of the mountains summit. The incredible views to the valley are permitted because of the placement of the roof that doesn’t rest on top of the stone wall directly so the second continuous longitudinal plane can be created. 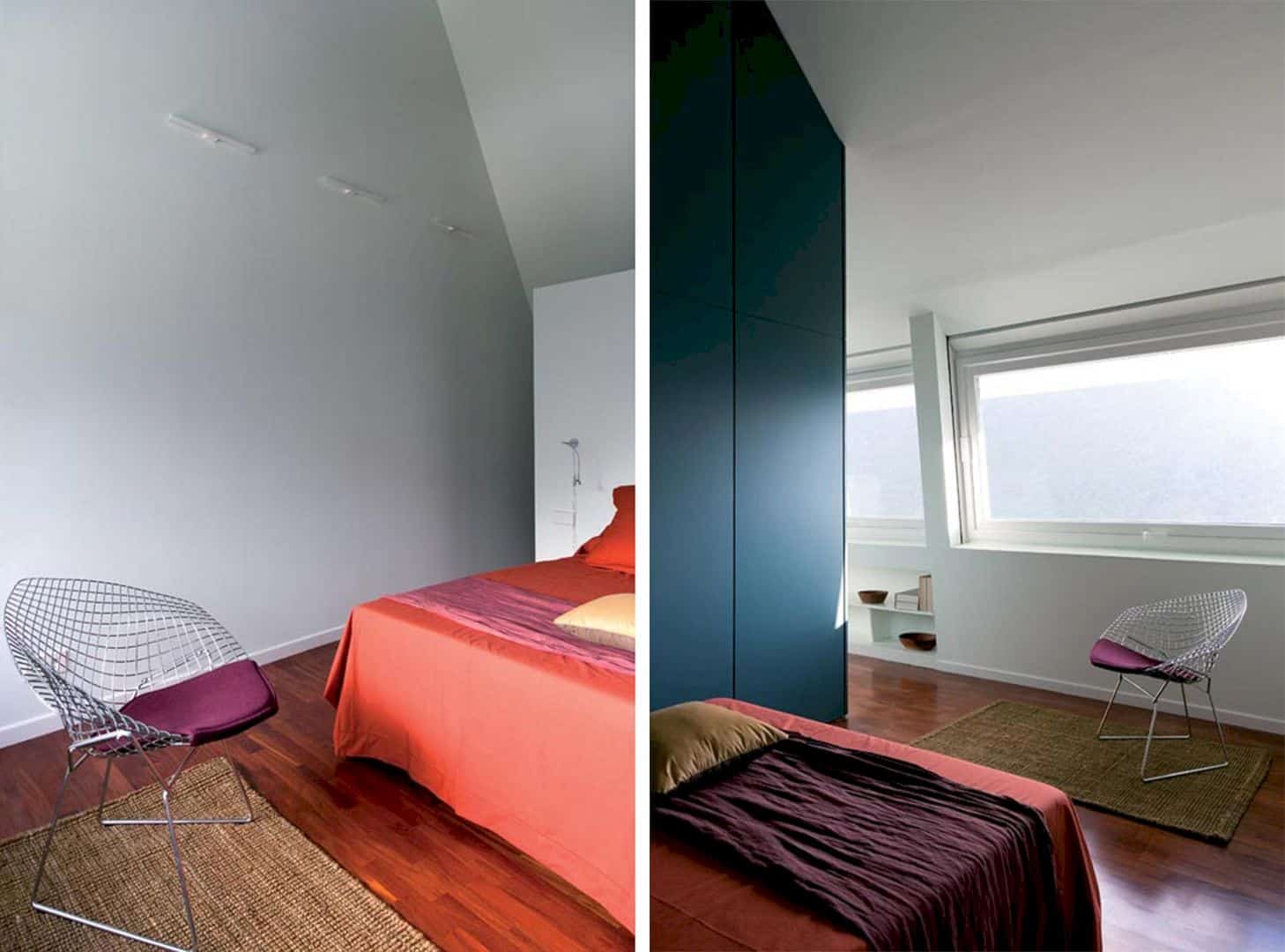 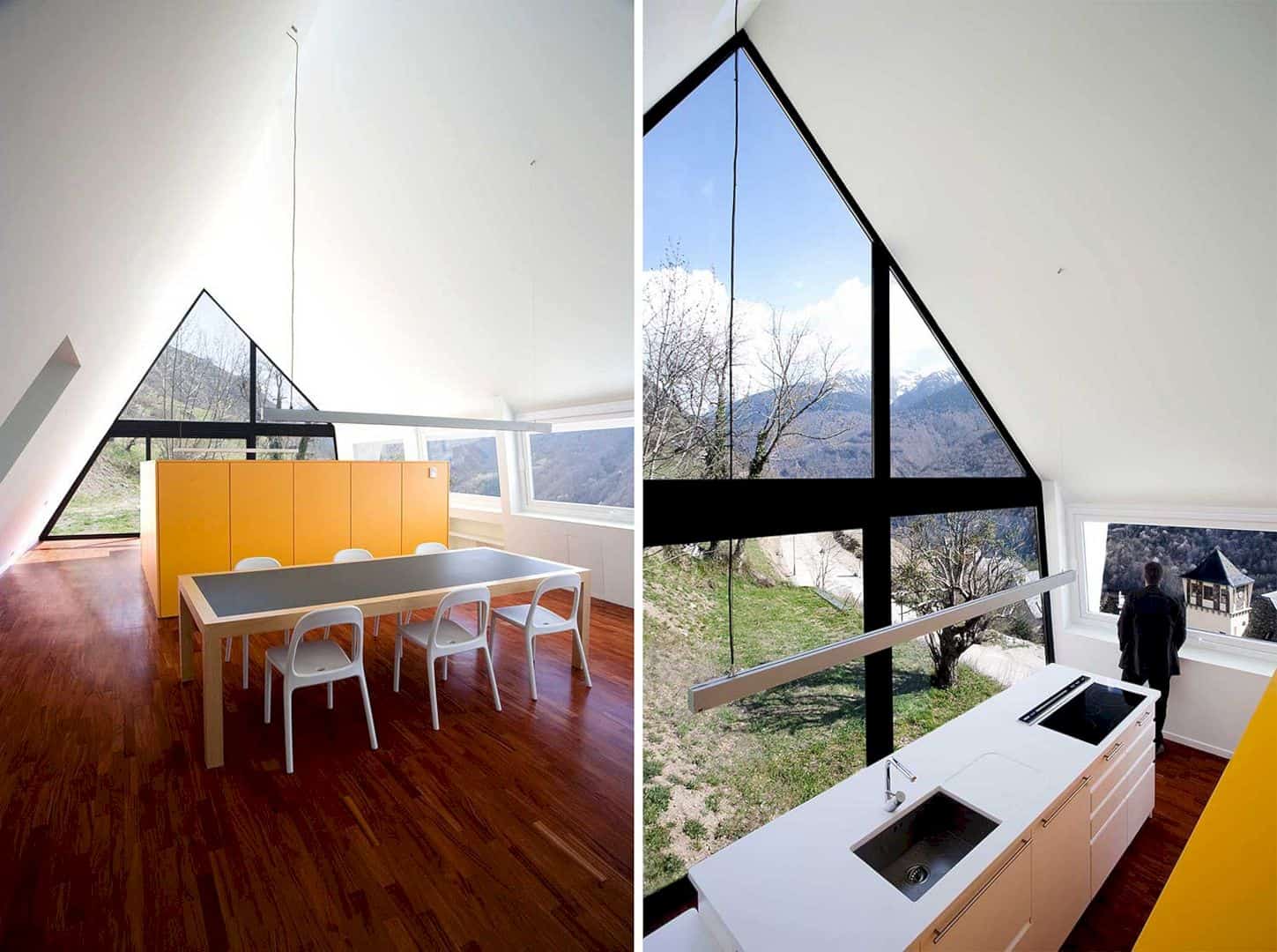 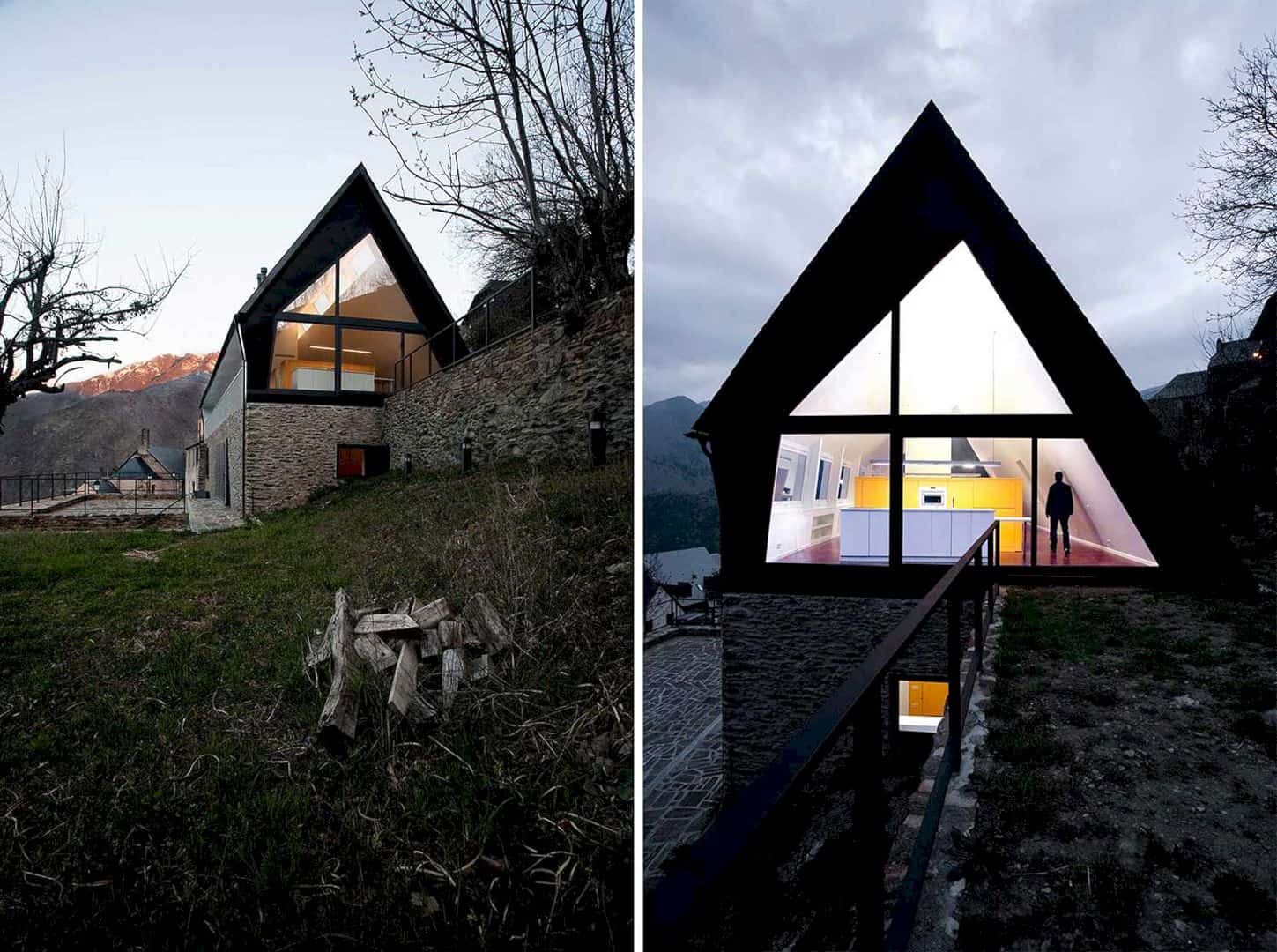 By creating a minimal yet contrasting intervention and preserving the original structure, the idea of this project is to generate new and contemporary spaces for living. It is also about respecting the historic envelope at the same time. A large opening is shaped within the dry stone wall in the basement of the house to respond to the structural weakness of a section of the existing wall. 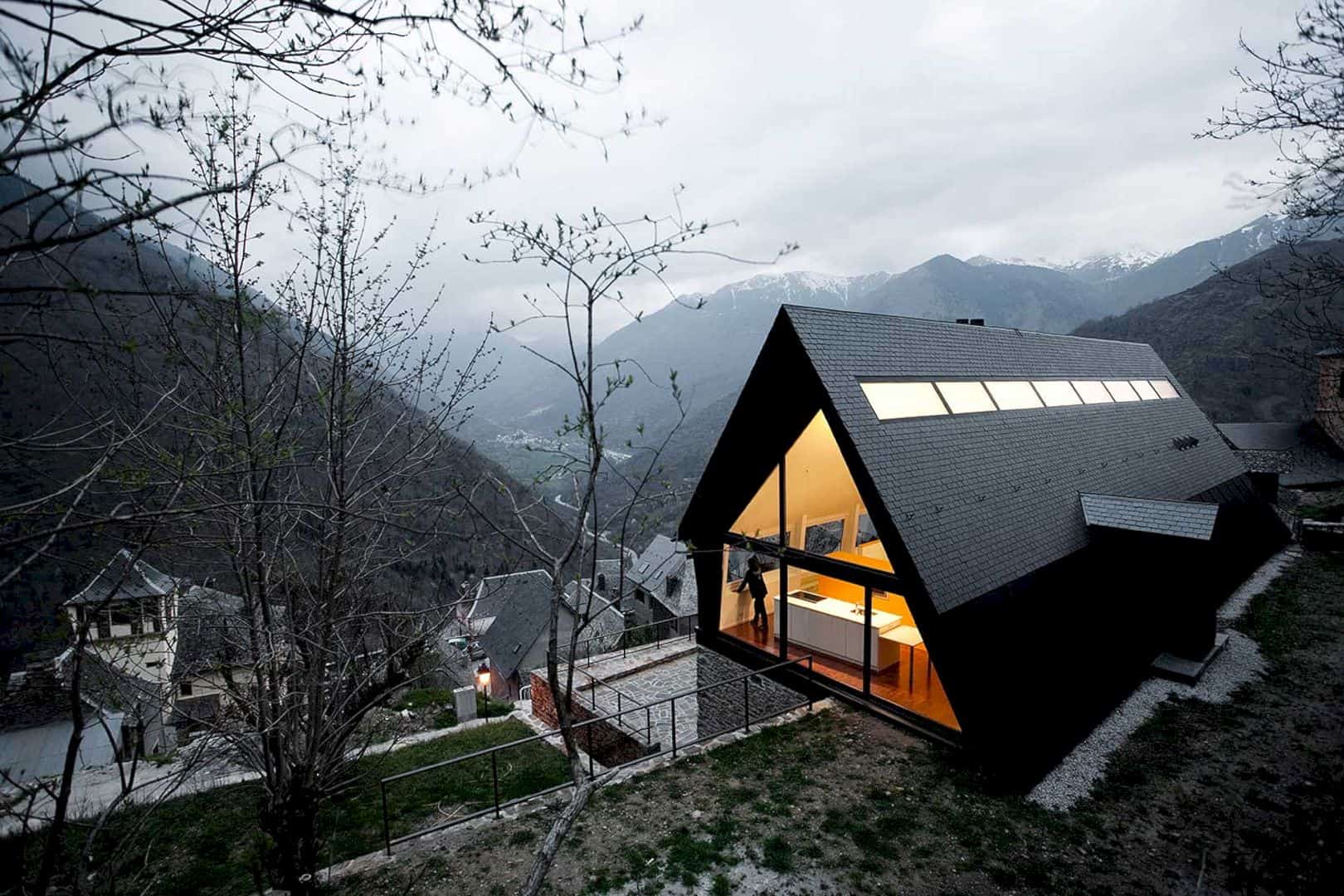 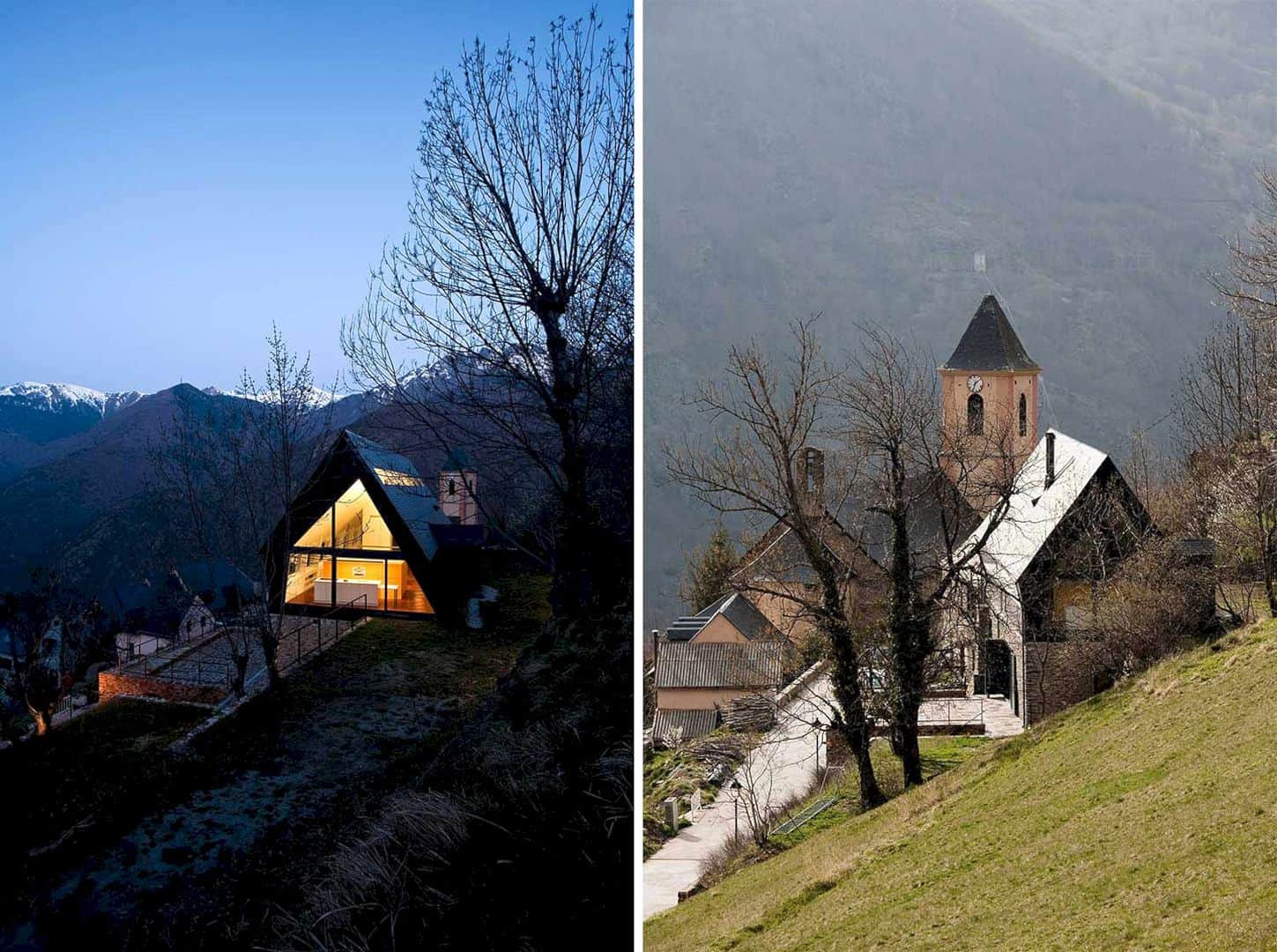 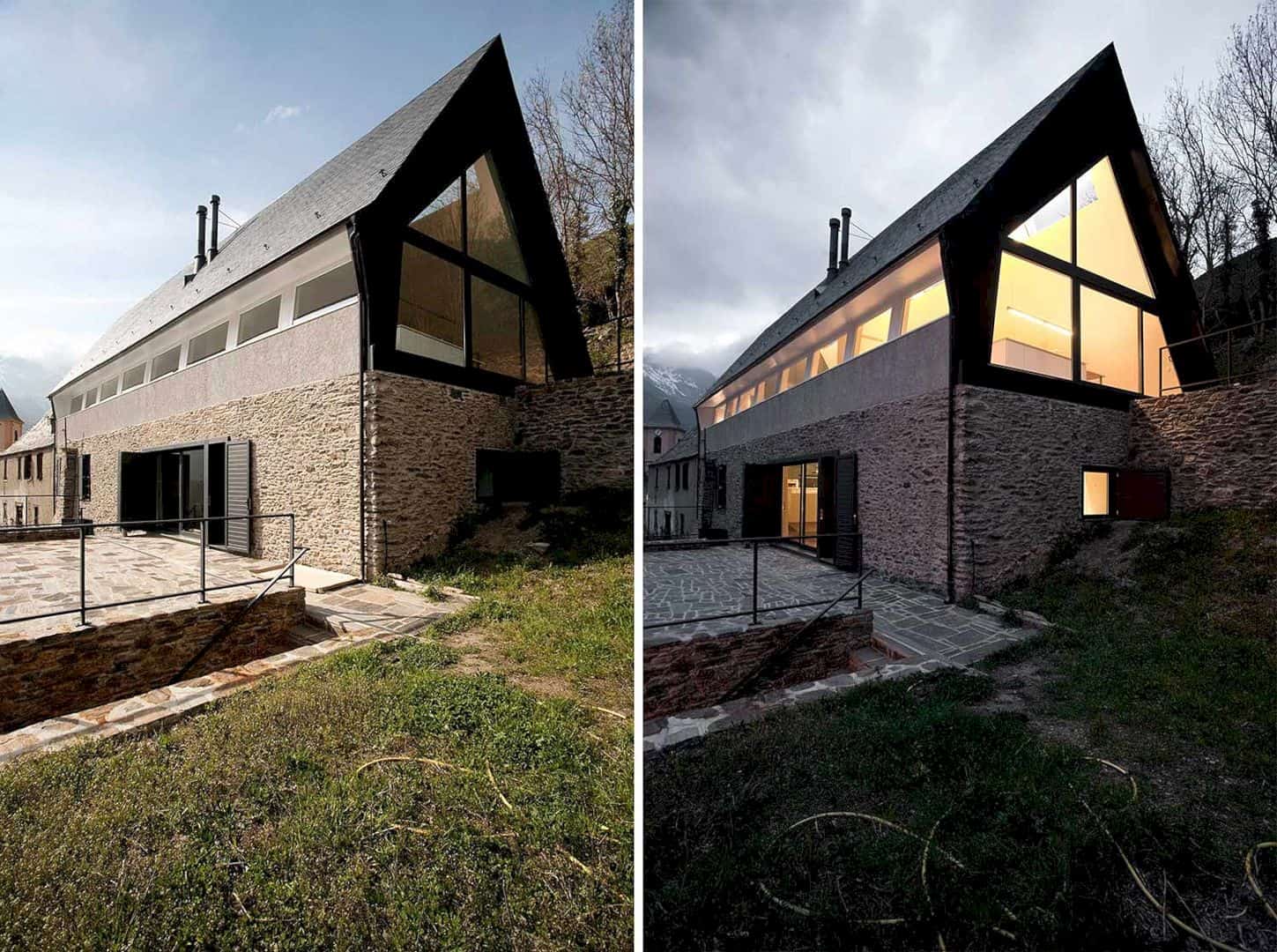 The opening of the house allows incredible views and interior natural lighting, especially to the dining room and second living room. A remnant sense of the old construction still can be found in the rest of the spaces accommodated within the old enclosure, arranged according to modern ways of living within contemporary architectural reality.