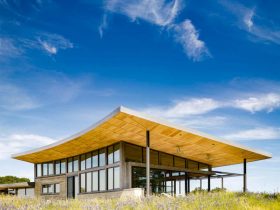 Caterpillar House: The First LEED Platinum Custom Home with A Connection to the Land

Located in a closed neighborhood of City Bell, Argentina, MF House is a single-family home designed by V2 Arquitectos. It sits on a 900 m2 plot with a leafy ash forest. Besides generating for expansion and large visuals, the intention of this project is also to conserve most of the trees in the forest. It is a 2017 project that completed based on three specific premises. 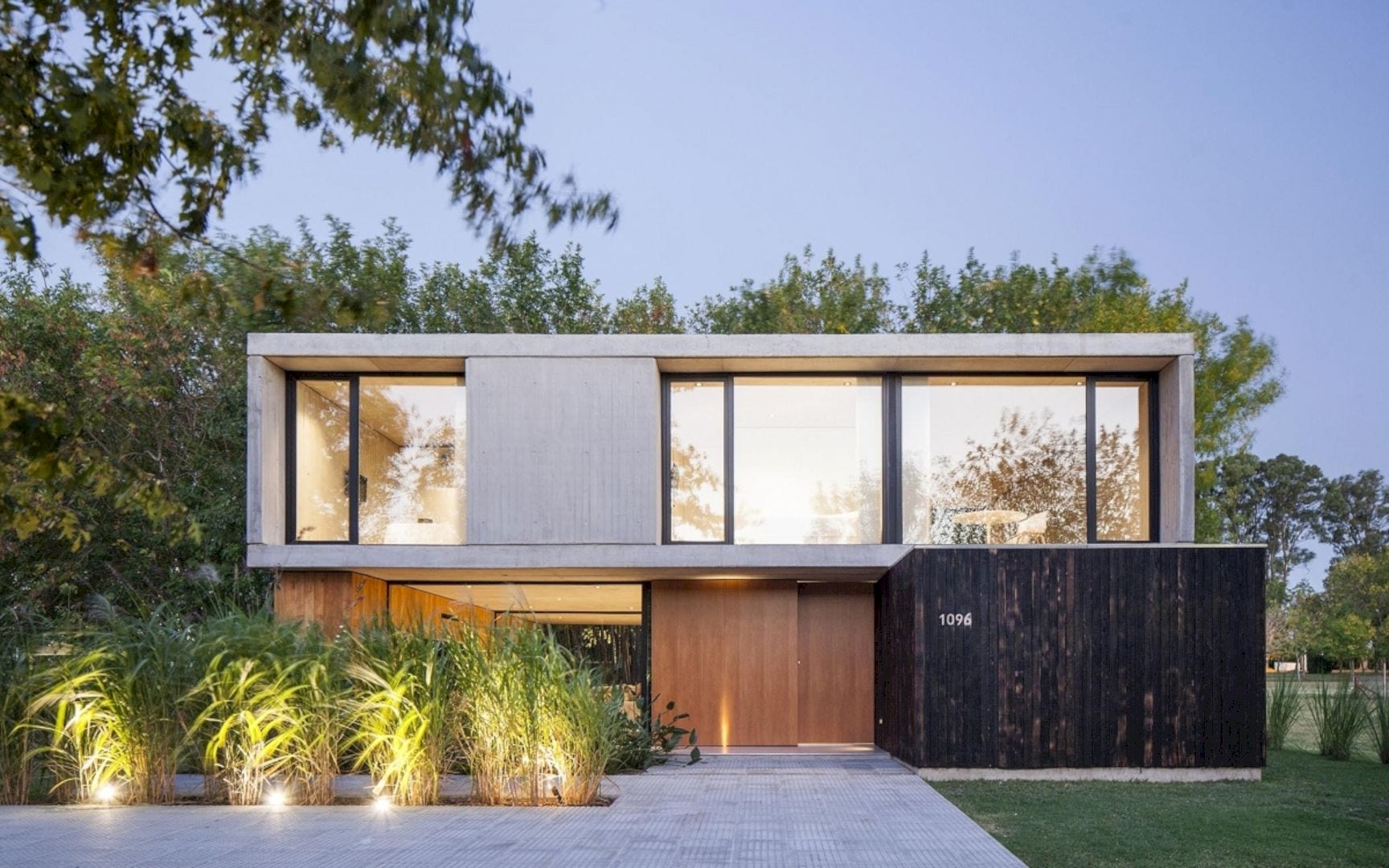 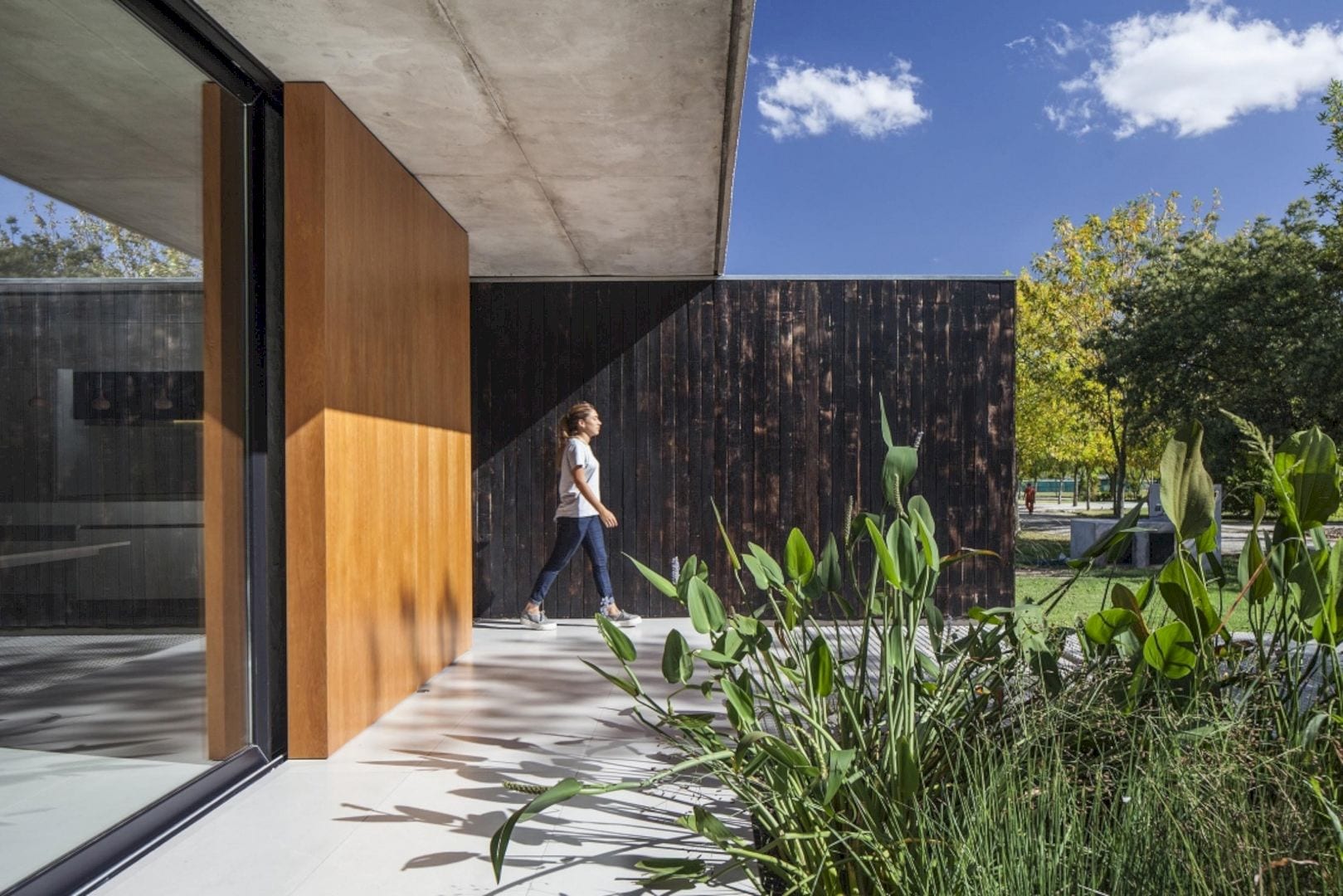 There are three premises in this project: large environments, spatial flexibility, and a fluid relationship with the outside of the house. A large prism of concrete seen of 13 m X 13 m can give a morphological conformation for the house depends on the air that contains the house’s private areas.

Mobile and flexible panels are also used to delimit the different areas of the house internally, creating a flexible and adaptable floor and generating storage modules. 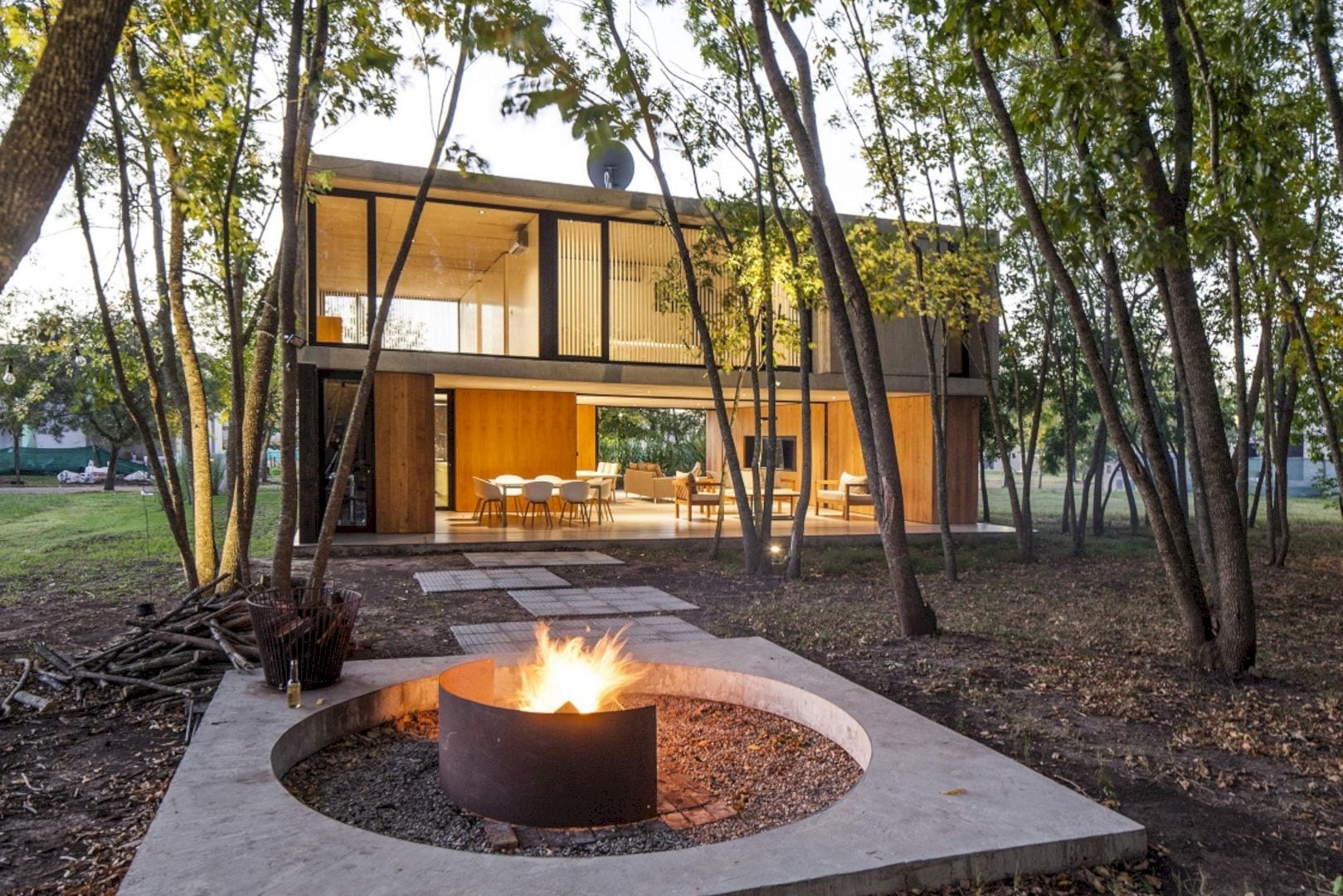 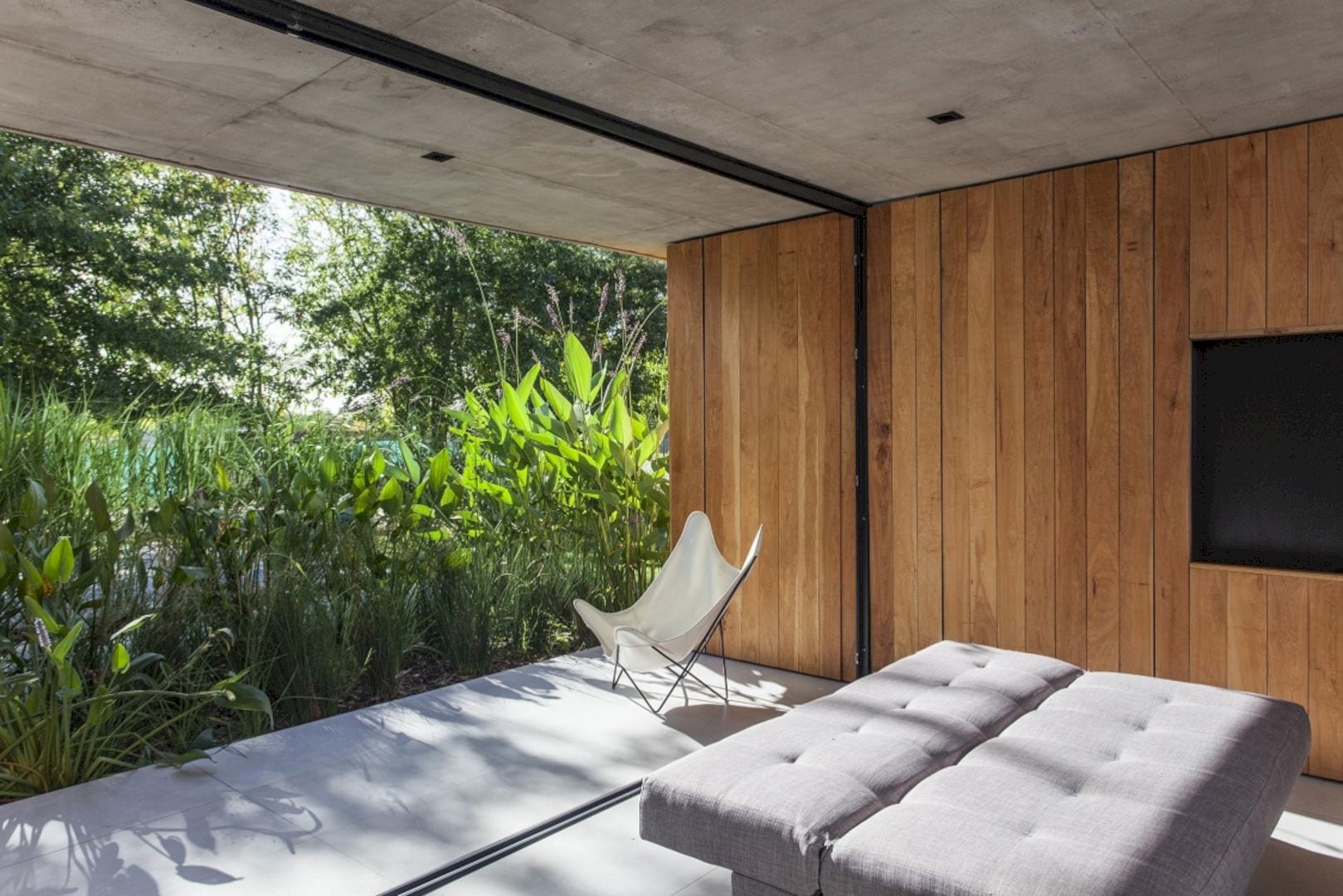 The house’s social activities are developed on a single inside space on the ground floor, maintaining a fluid relationship with the outside of the house generated by the concrete slab continuity that projected from the inside to the galleries.

It is an inside-outside spatial continuity supported by a linear container module, containing big storage spaces. This module is covered in wood. The power to generate a unique inside-outside open space of the house and the possibility of hiding windows in the walls allow to dupiclate the house’s using area. 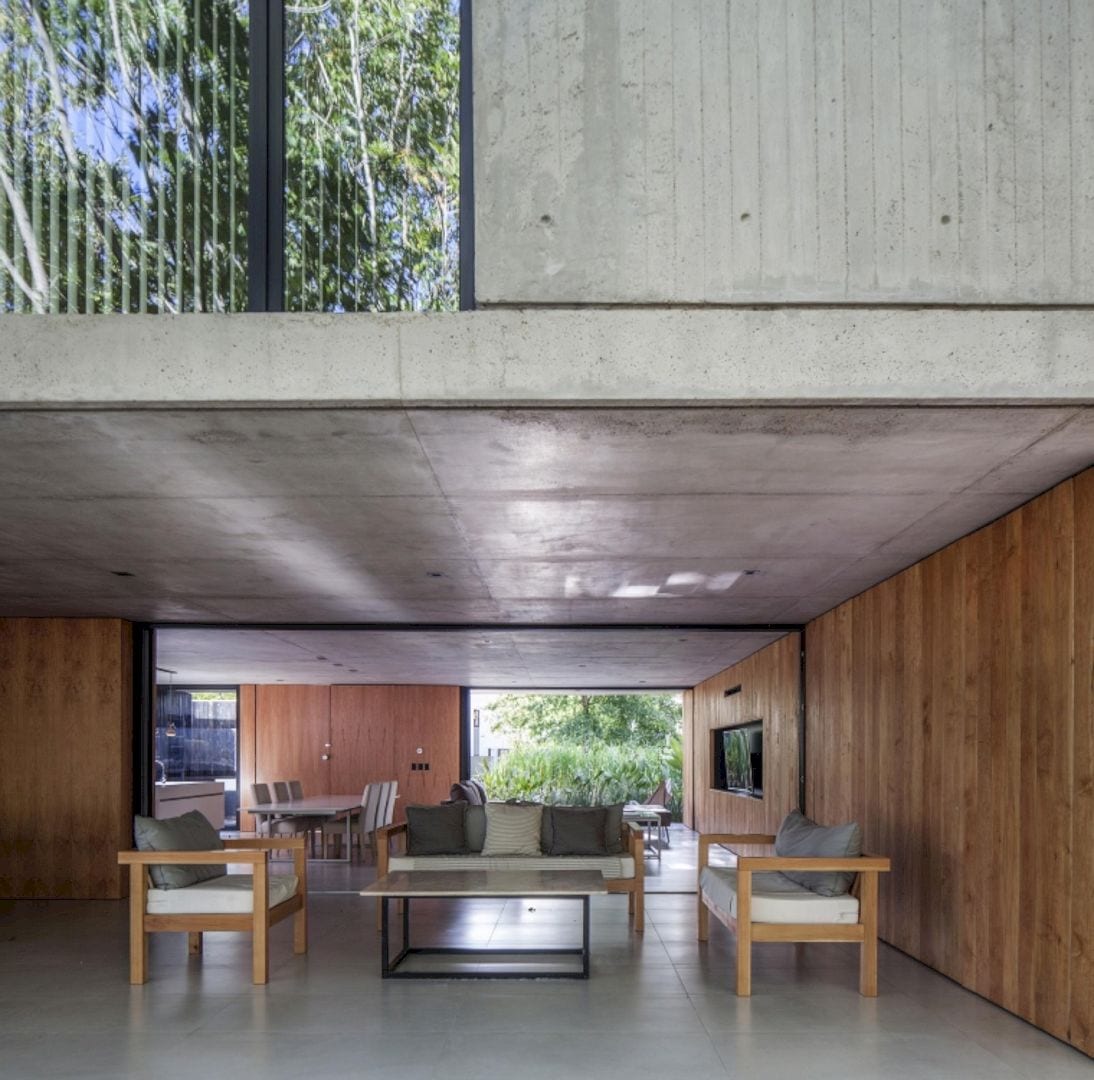 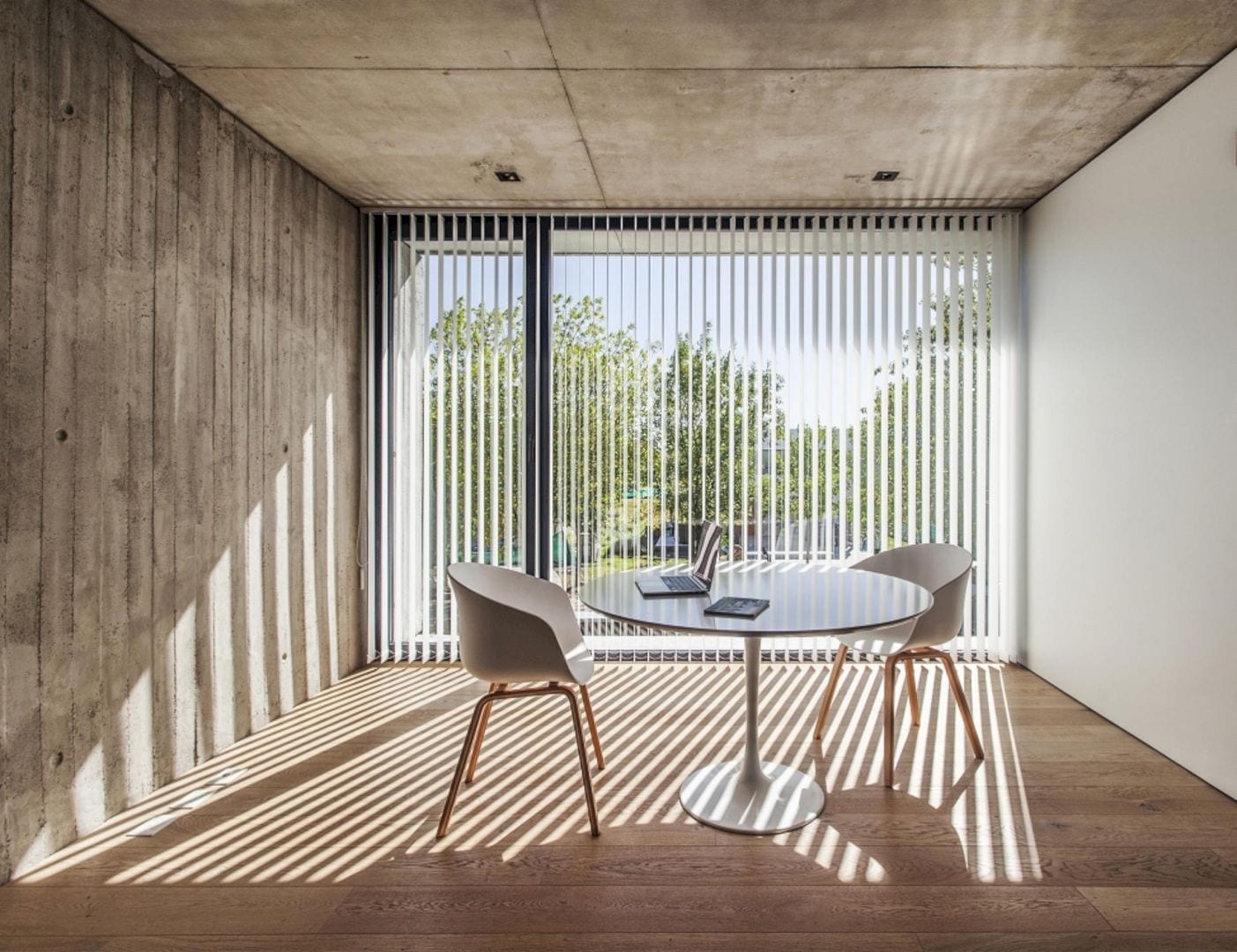 The boards of the formwork are reused with the Japanese technique of carbonization of the wood to cover the house’s south surface and also isolating it from the harsh climatic conditions. These boards were used for the execution of the walls of concrete seen.

The supporting structure of the house is backward and hidden, emphasizing the prism suspension, Concrete, glass, and wood can materialize the entire spaces and offer with their awesome texture: a fluid harmony with the surrounding environment.

From the beginning of this project, the landscaping is also planned to generate a direct relationship with the environment and create communication with the existing. The containment and vegetation of different spaces are used to give rise to an aesthetic characteristic, generating an awesome link between outside space and people.