Located in Lugar das Carvalhinhas on a site with an area of around 1000 m2, 1999 CASA TOLO is a project of a holiday house designed by Álvaro Leite Siza. Even though this house sits in a sharply inclined terrain, its position that faces south allows for optimal solar exposure and also to enjoy a particular natural view, and the house’s expressiveness is extracted from a continuous structure of reinforced concrete. 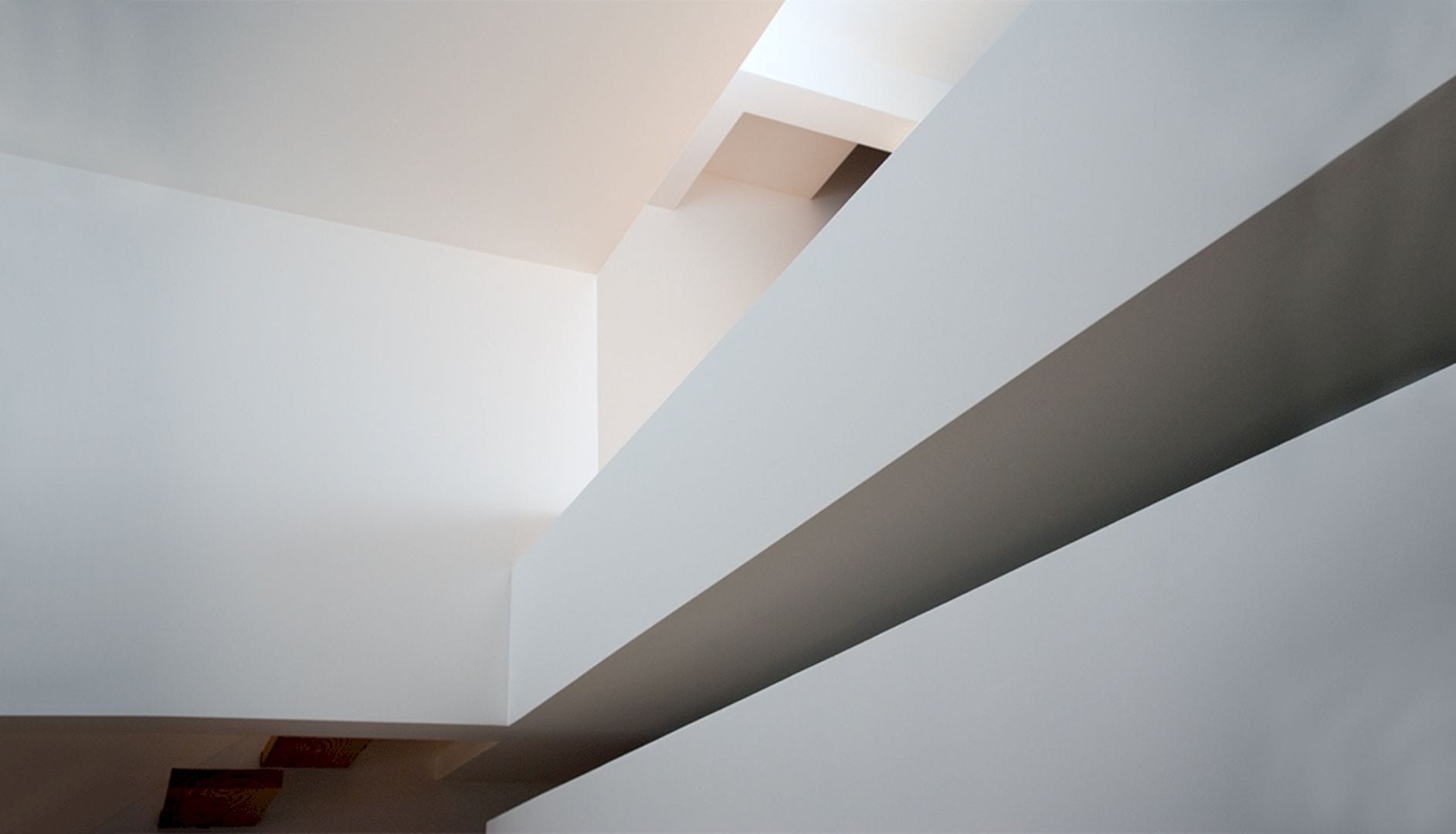 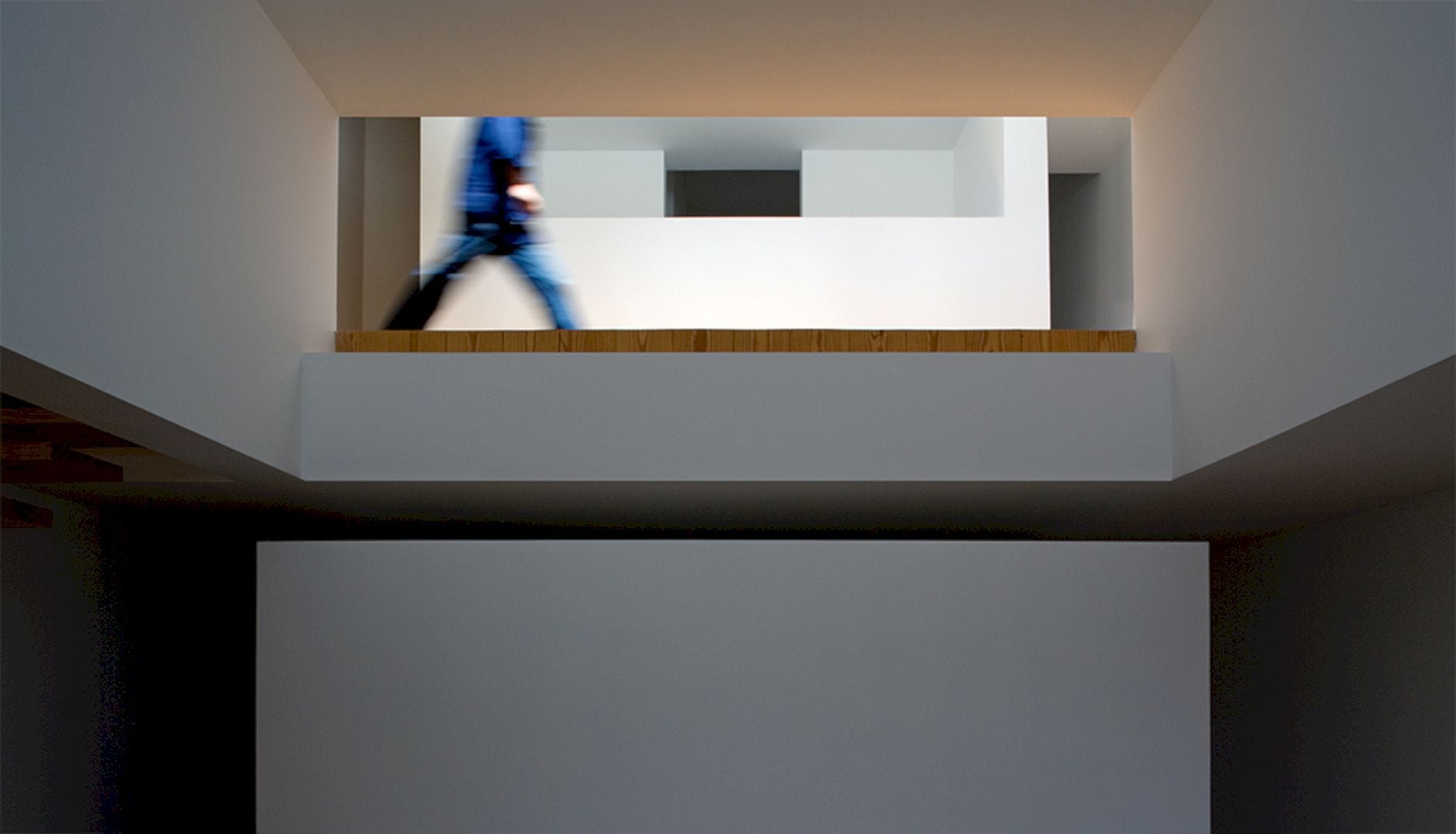 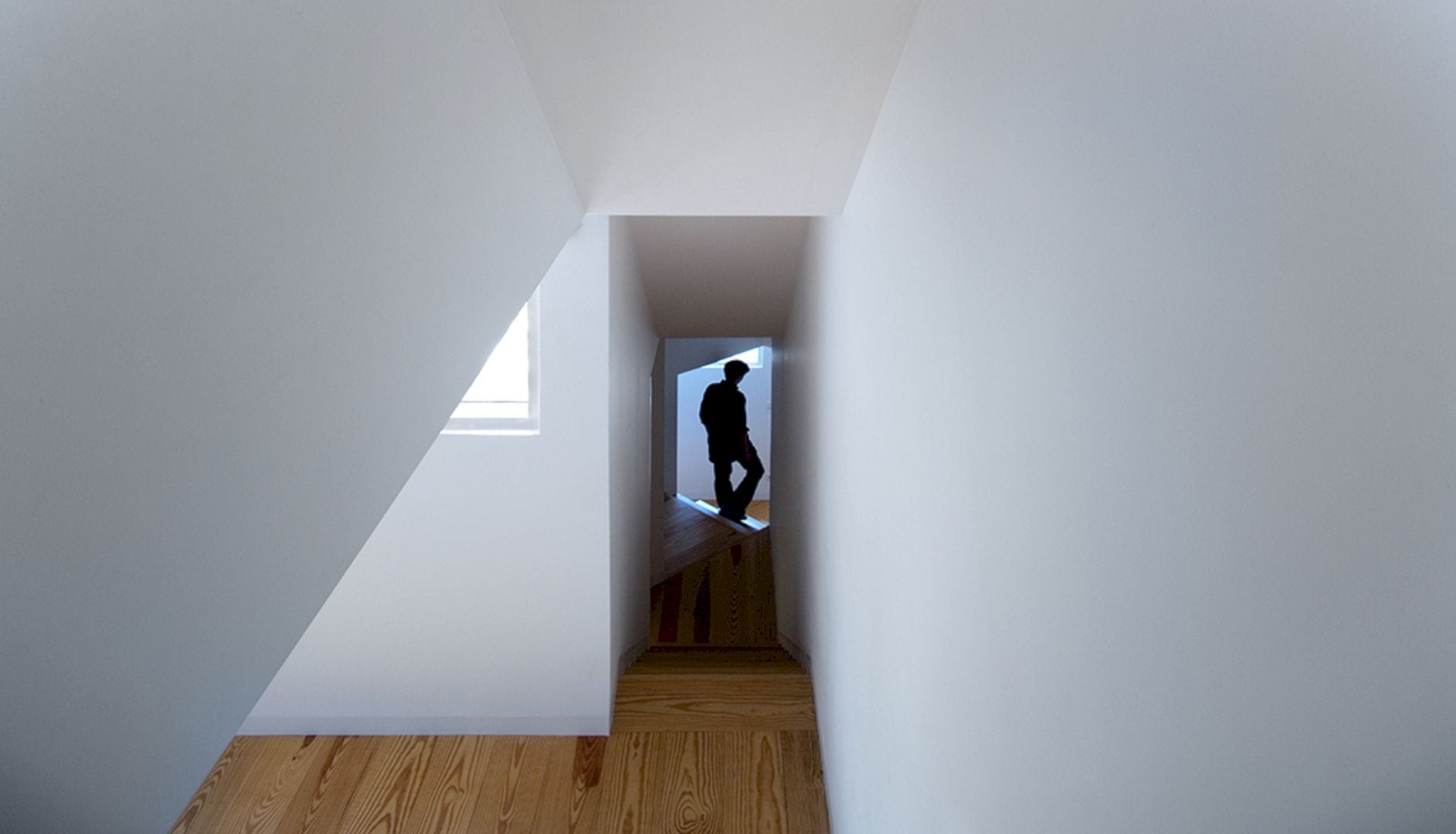 This holiday house has a small outdoor swimming pool, a pantry, a small kitchen with a support washbasin, a dining room, a living room, a social bathroom, and three bedrooms. The terrain of this house is very long and narrow, making the living area does not exceed 180 m2. The main entrance is organized based on the street for reasons of functionality and integration where cars can transit easily.

It is also possible to access this house from a more rustic footpath. The house fragmentation is necessary due to the steep topography, it transforms into a composition of small linked and also interconnected volumes of the house for more secure and rational use of the lot. The roof is used as pavement support for the gardens, just like the traditional threshing floors and patios in the northern regions. 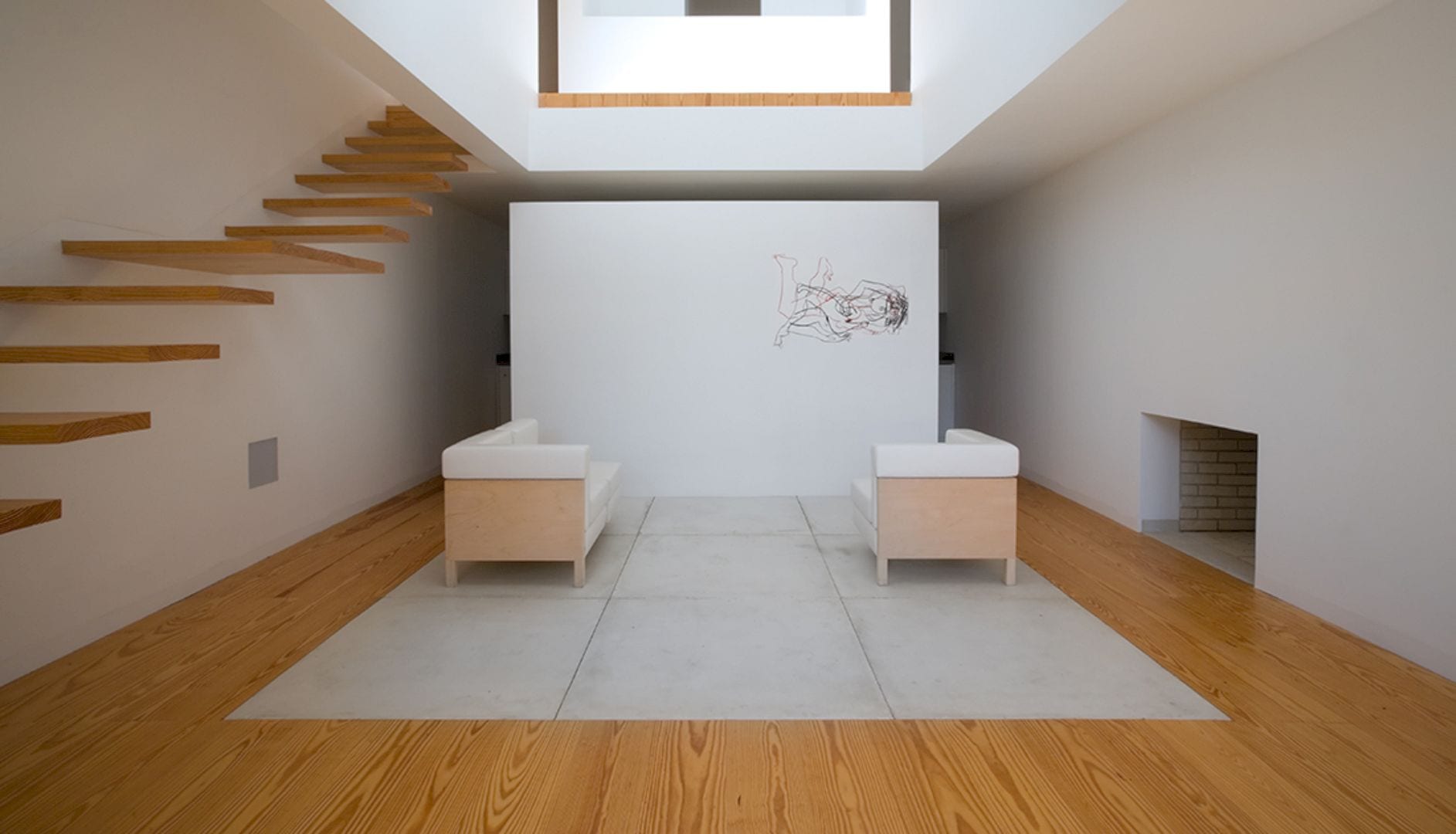 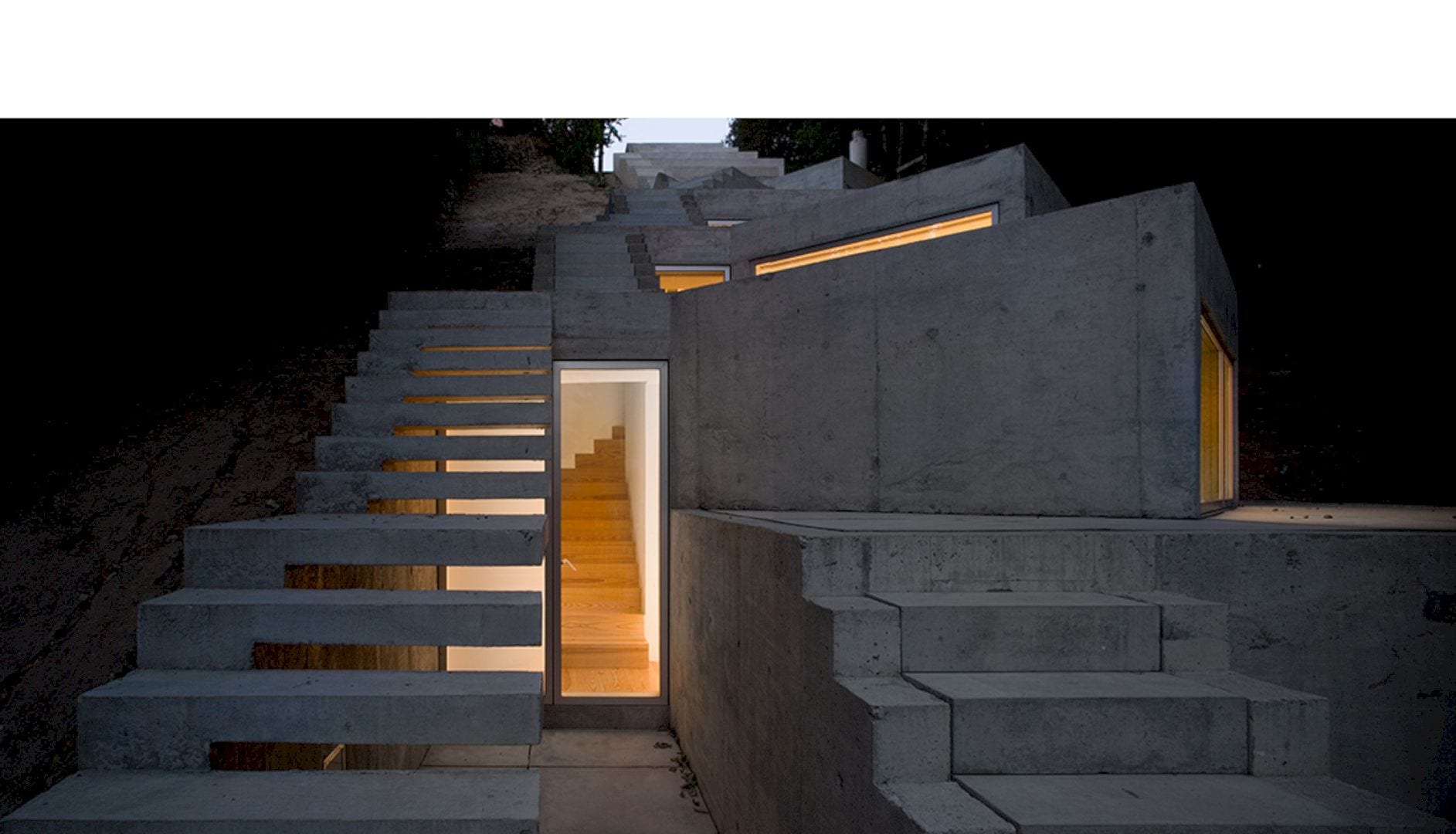 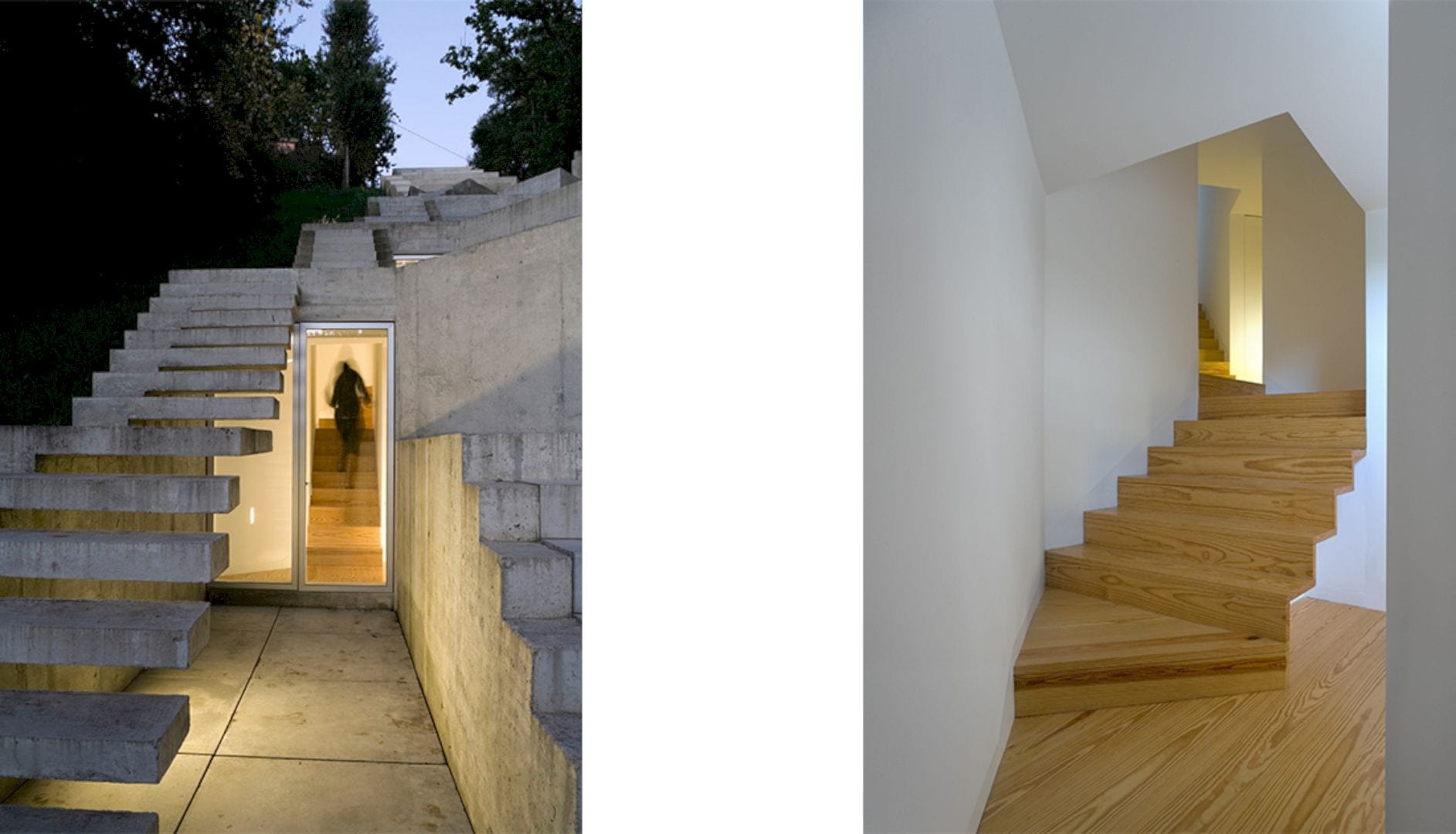 Modest economic resources and the terrain’s instability can give rise to this house with triple functions. The first function is the house and its interior space. The second is the organization of outdoor leveled patios. The last function is the creation of a pedestrian link between the paths of the lower and upper levels. 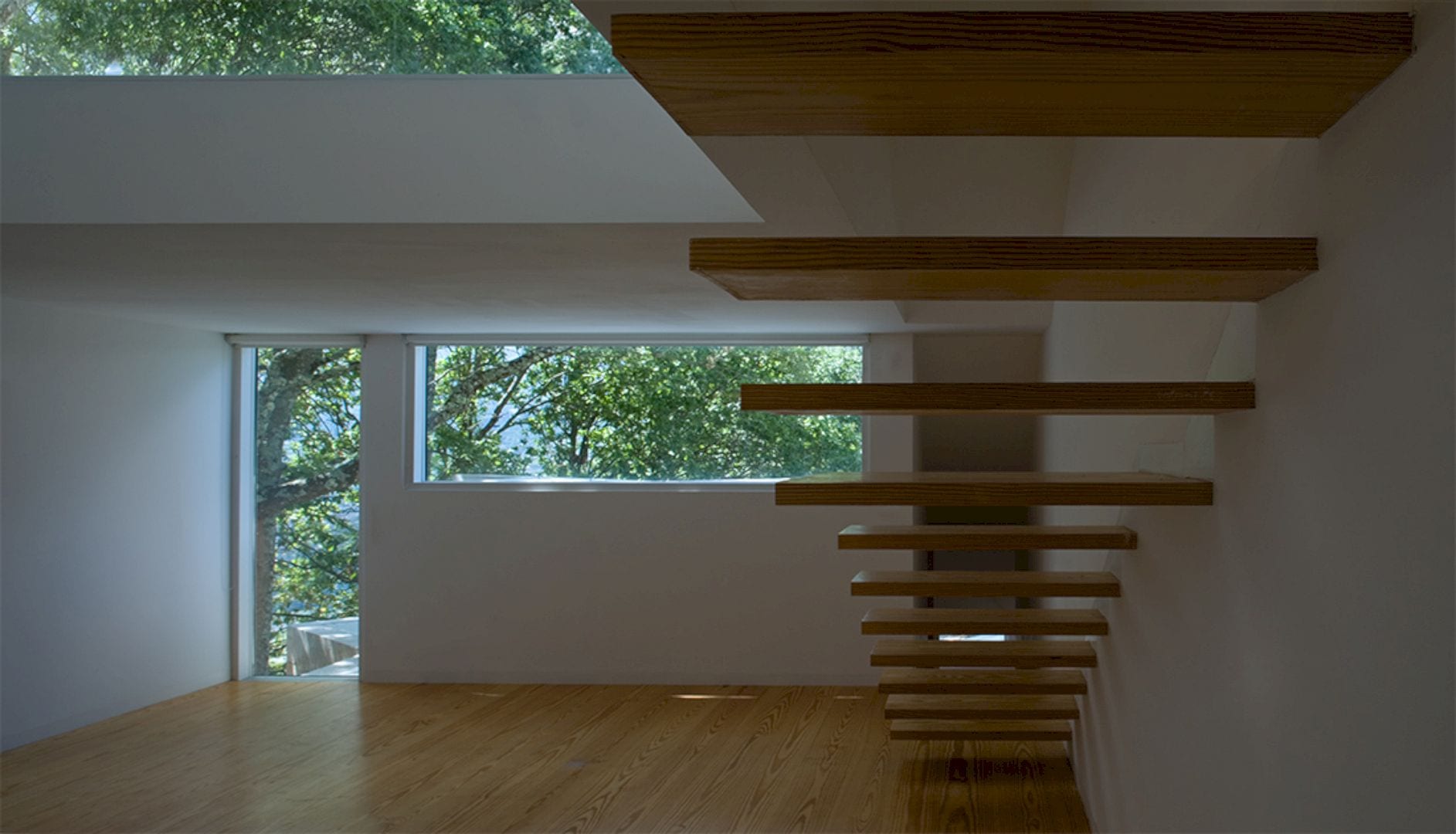 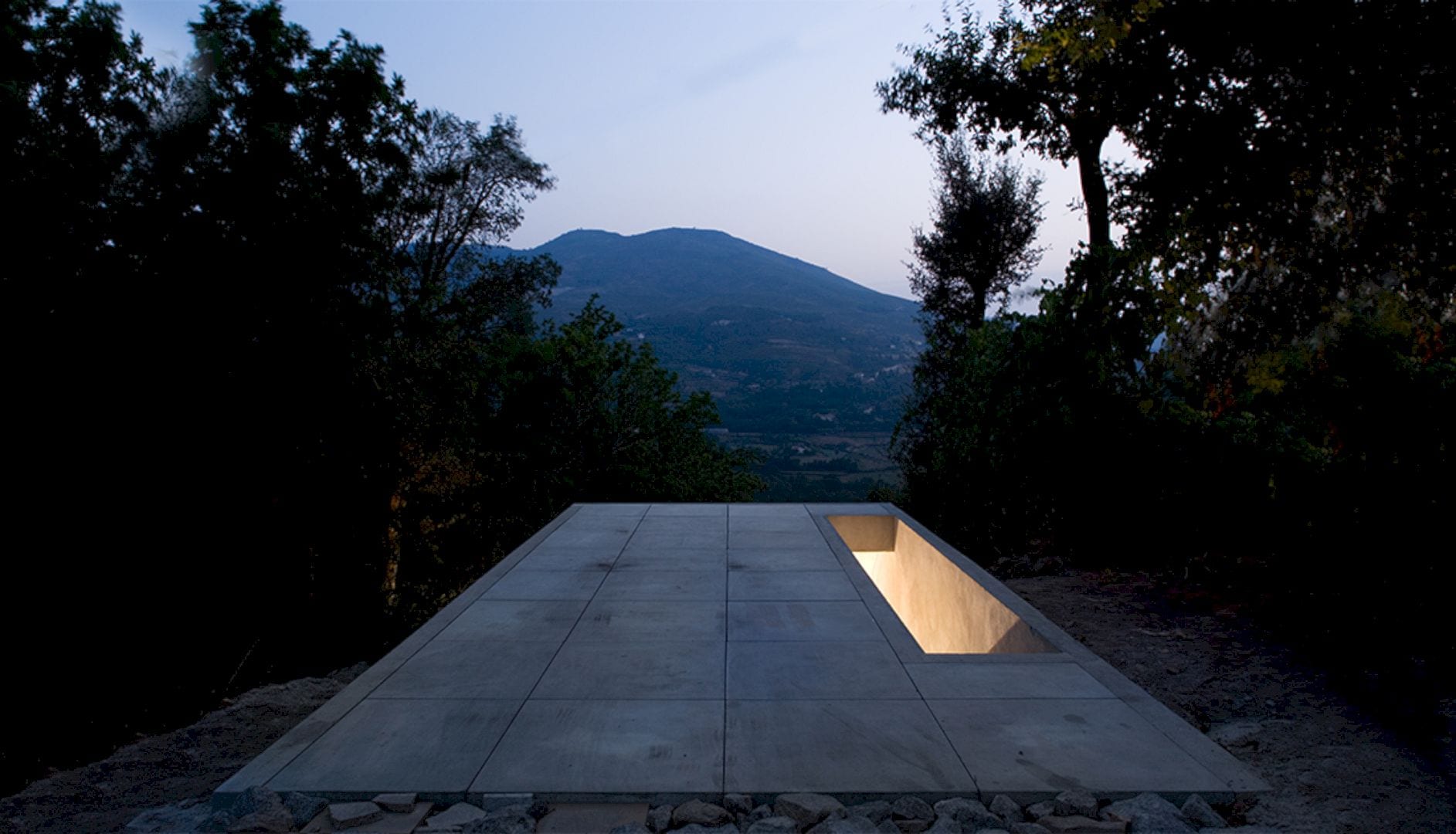 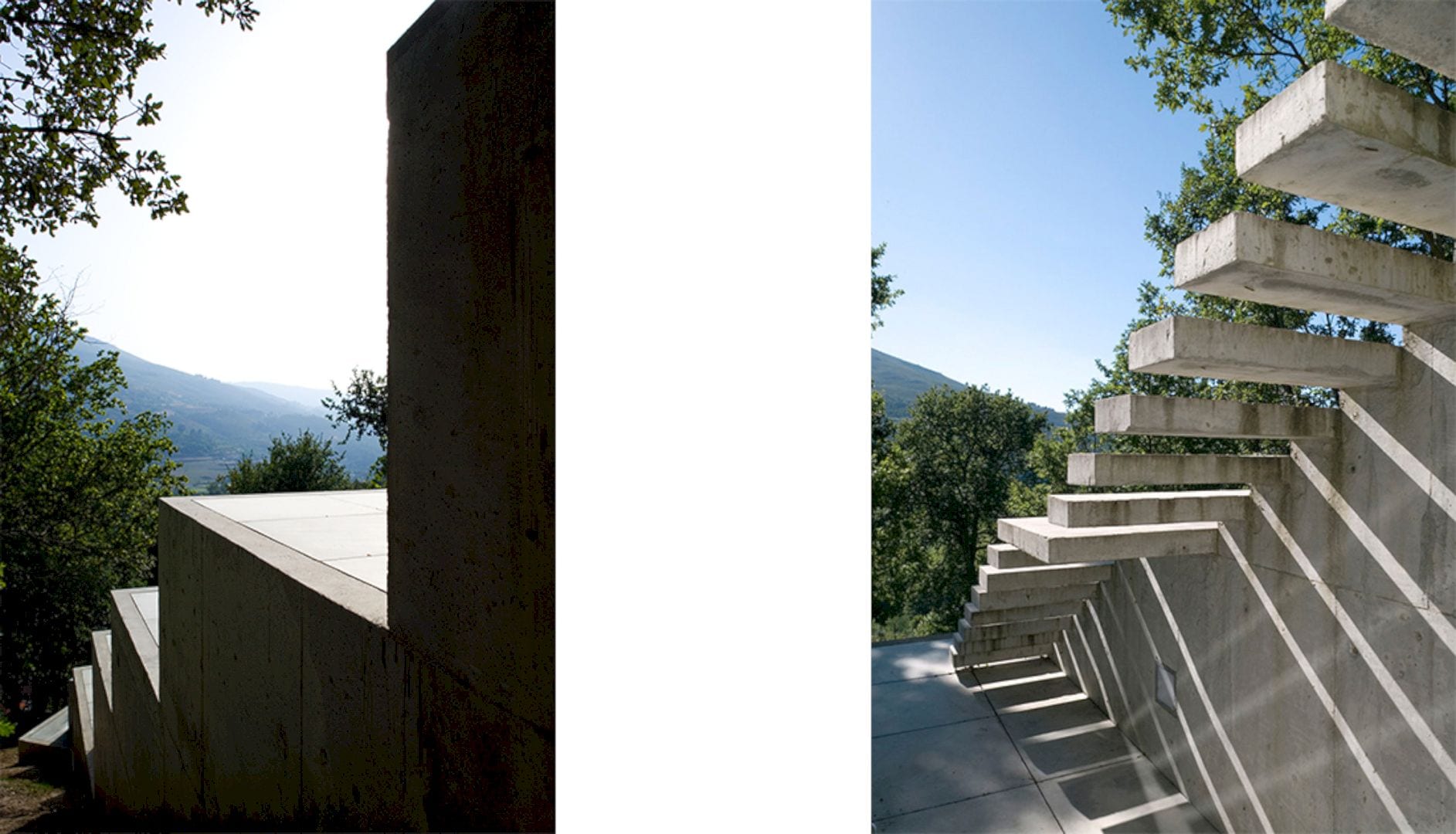 Due to the location on the lot, this house results in a slanting architecture. It is also necessary to partially burying the house from a lack of economic means to create positive thermal behavior and security. The house outdoor patios adapt solidly to establish a direct link to the garden while the house itself is unified with the terrain naturally.

Exposed concrete is chosen, creating an idea like that of massive stones appearing on the site. The expressiveness of the house is extracted from a continuous structure of reinforced concrete in this way to make optimum use of the modest economic resources available. 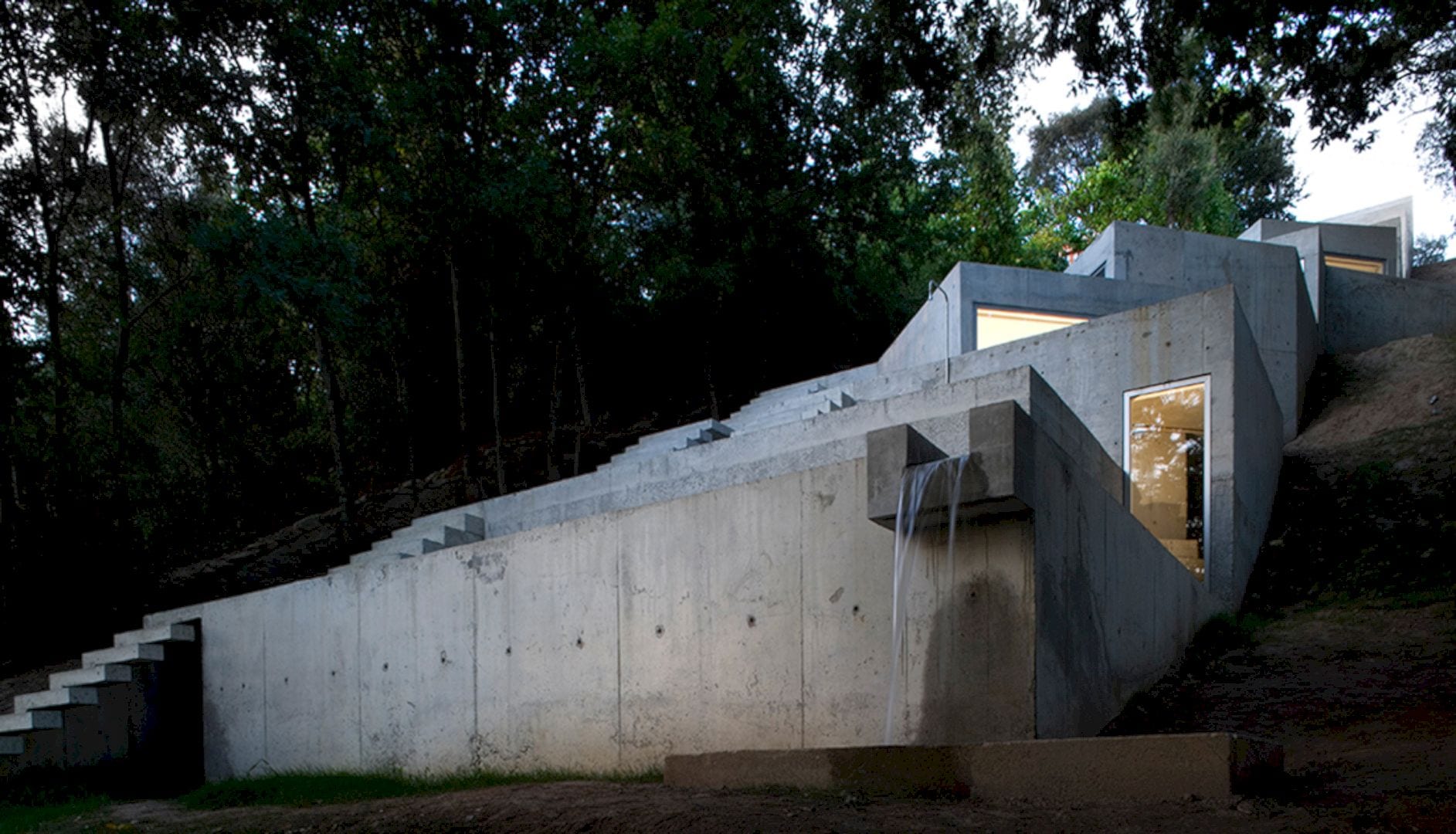 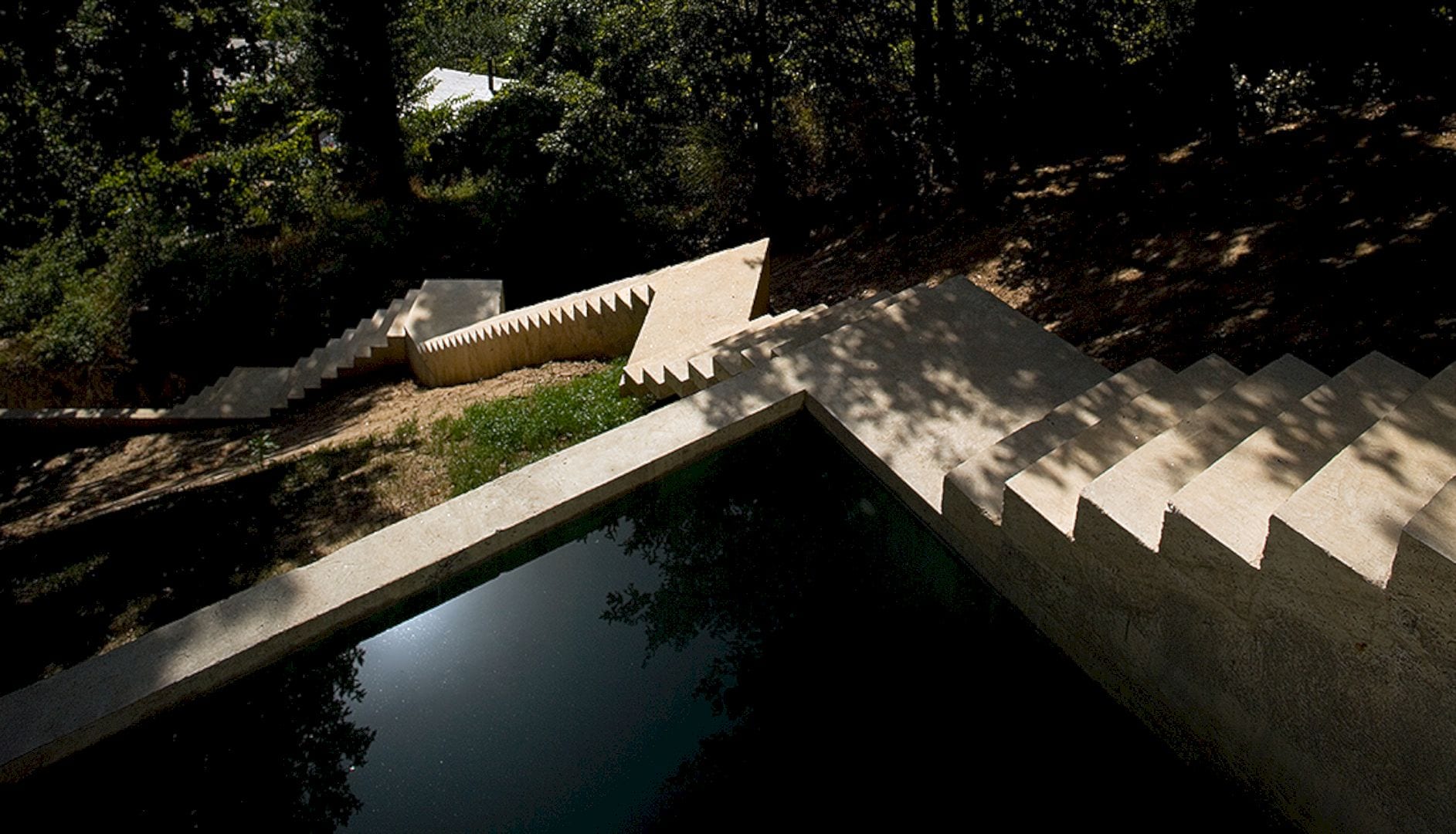 Paving stones of reinforced concrete will also be constructed in this house to create an air space between these and the lot. It is fundamental for guaranteeing decent waterproofing, improving thermal behavior in the terrain as well. The reinforced concrete walls of this house will contain an exterior finishing with special formwork and designed stereotomy while PVS canvases are used for roofs, walls, and waterproof foundations. 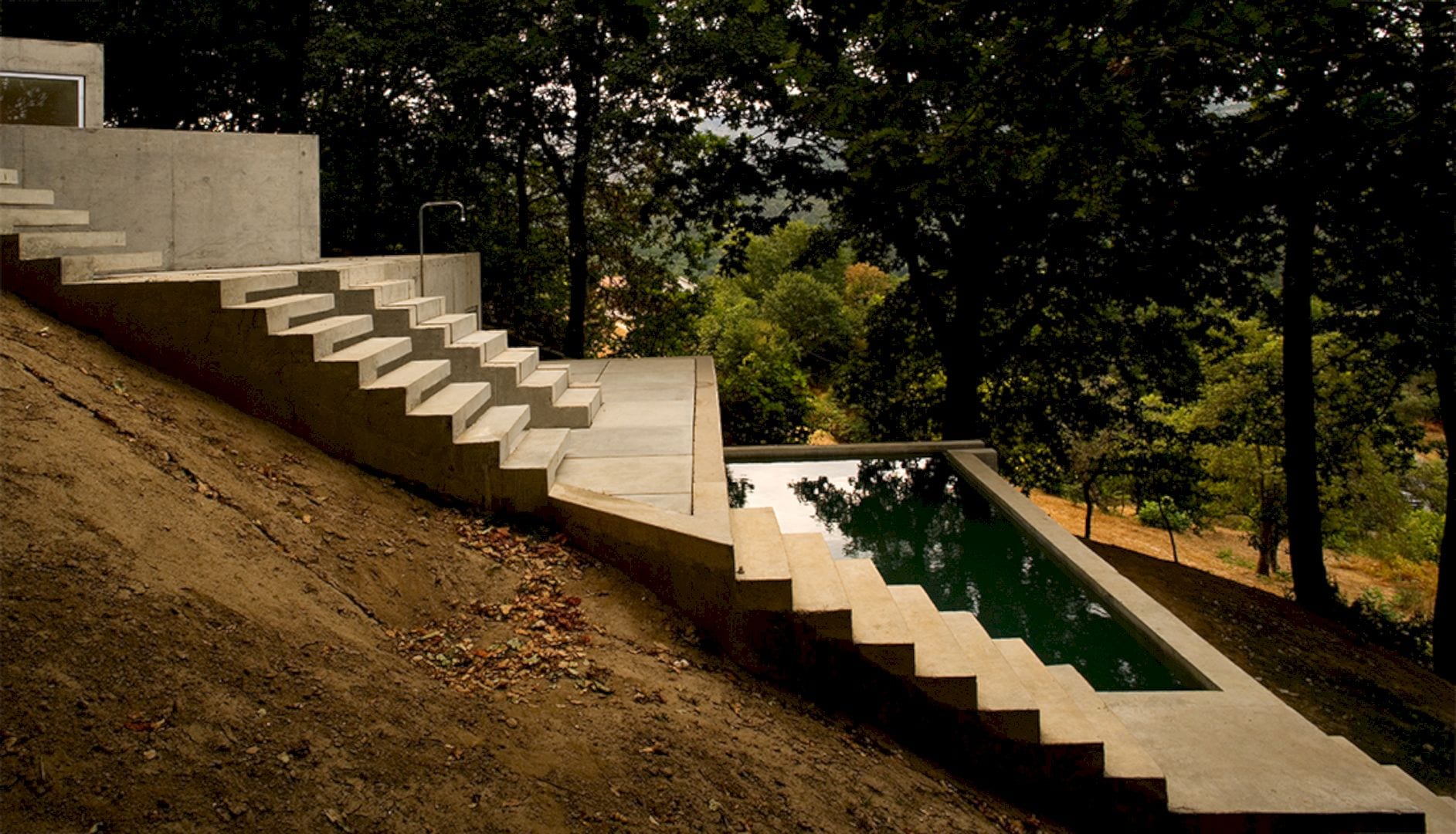 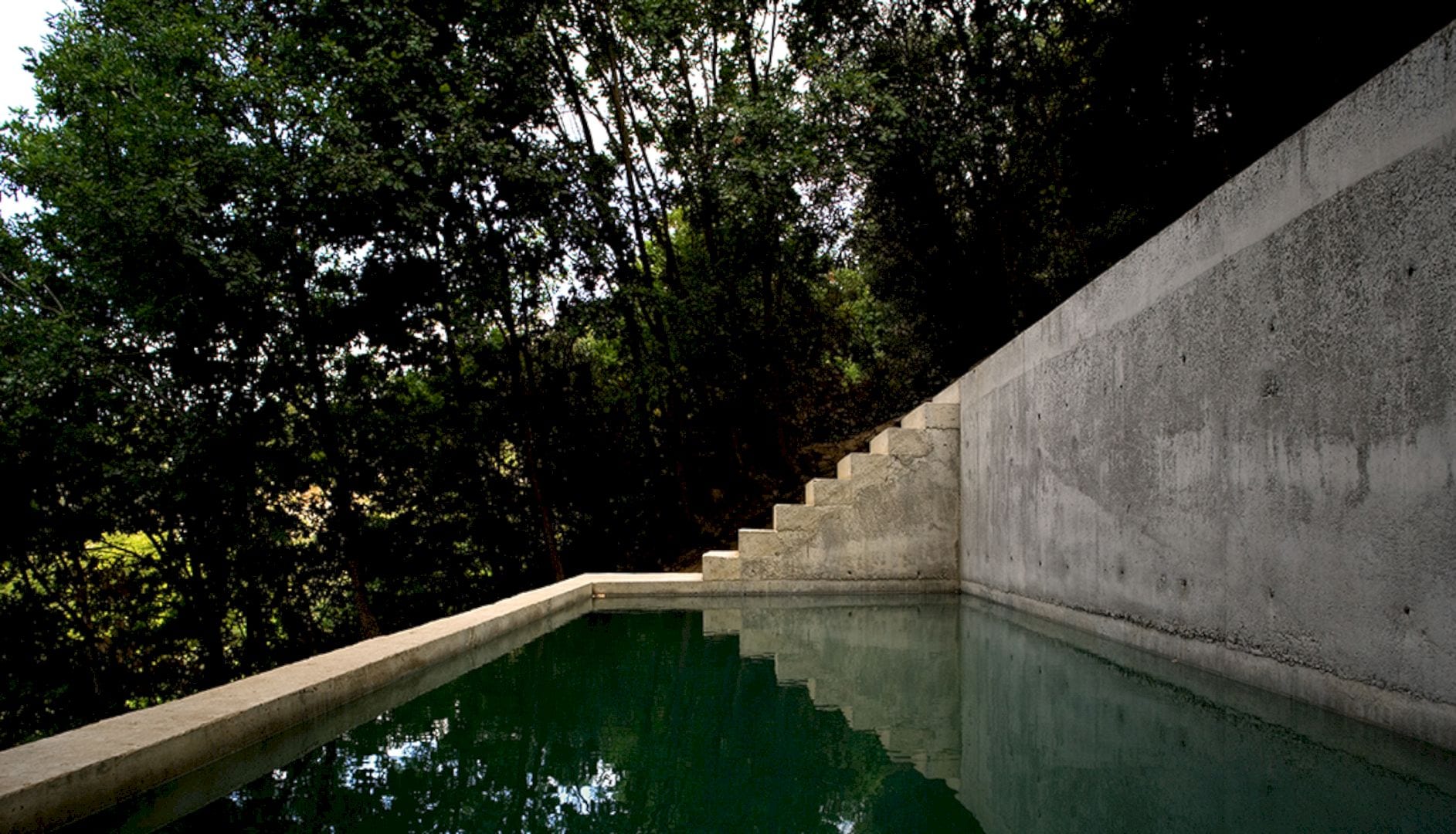 The house roofing will be covered with prefabricated, anti-slip tiles and also thermal insulation. Some house patios will be filled with hummus for a grass plane while some non-resistant walls will be built in cement blocks. These will be painted, coated, and plastered in the interiors of the house.

The baseboards, doors, and floors of the interior are made from wood except in the water areas. The exterior windows and doors are made from metal which is double-pained to improve the thermal and acoustic insulation inside the house.