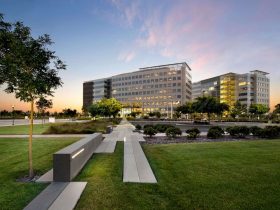 Started in 1998 and finished in 2005, Antwerp Law Courts is designed by Rogers Stirk Harbour + Partners for Regie der Gebouwen. It is one of the practice’s major public buildings of the early 21st century in Antwerp, Belgium that reflects a vision of the city as a humane and democratic place. The new gateway building is designed with a pre-cast concrete frame superstructure. 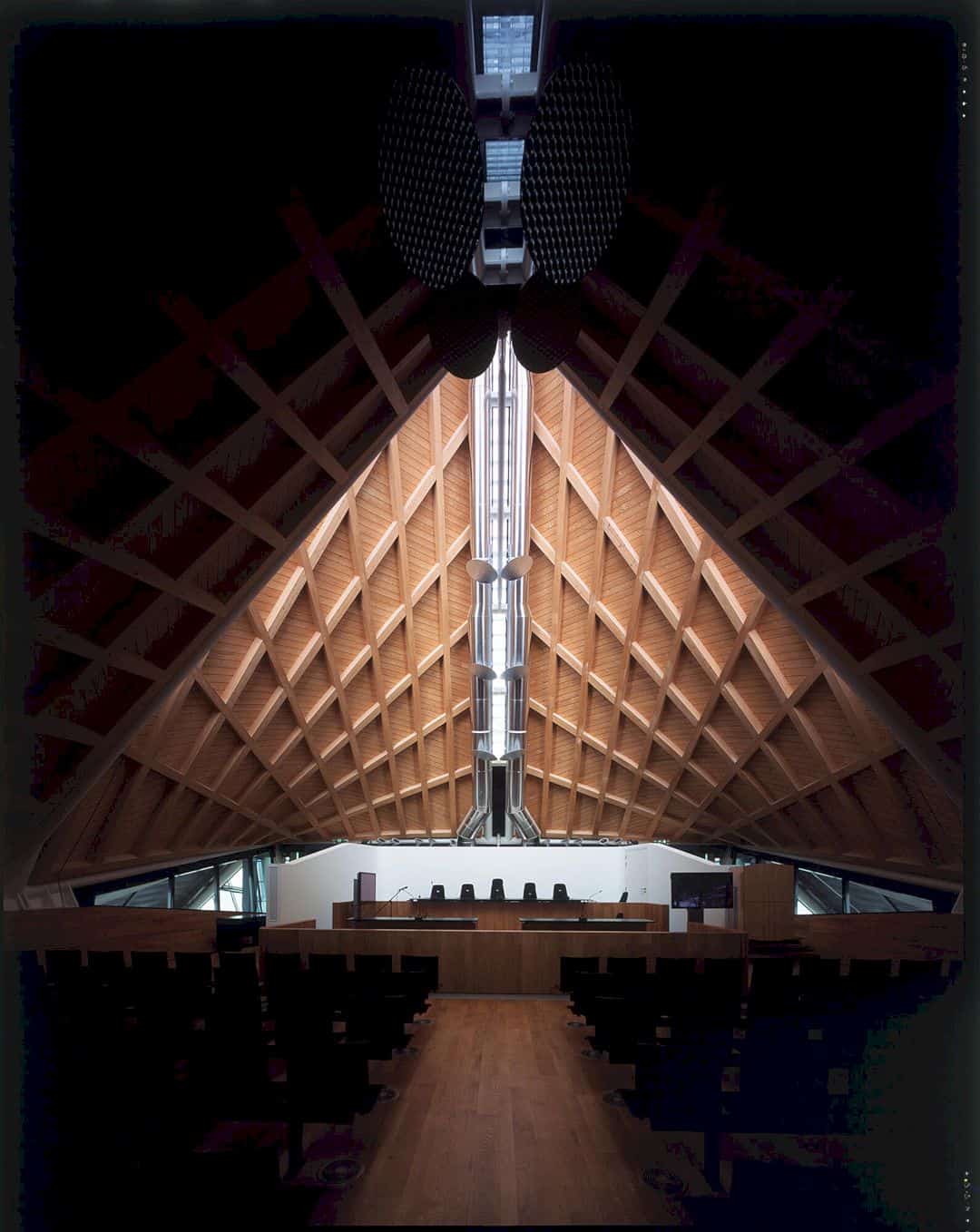 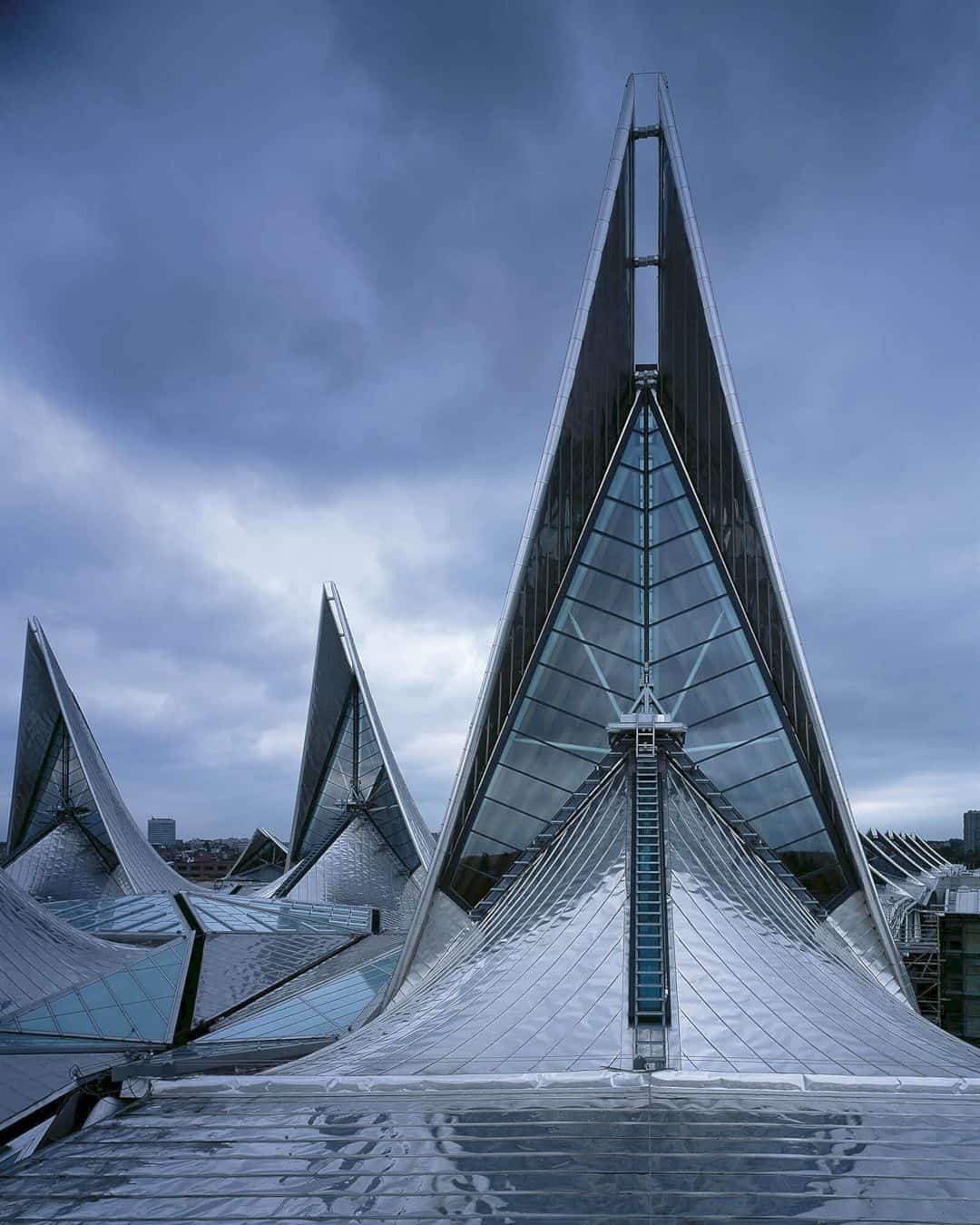 Designed in conjunction with Belgian architects VK Studio, this new building is conceived as a gateway to the city and it also provides a link across the motorway between the Schelde River and the city center. A low-energy services strategy is also used in this project with a design that creates ‘fingers’ of the landscape. Some rooms with a great public hall link six radiating wings of accommodation and capped by a striking roof-structure. 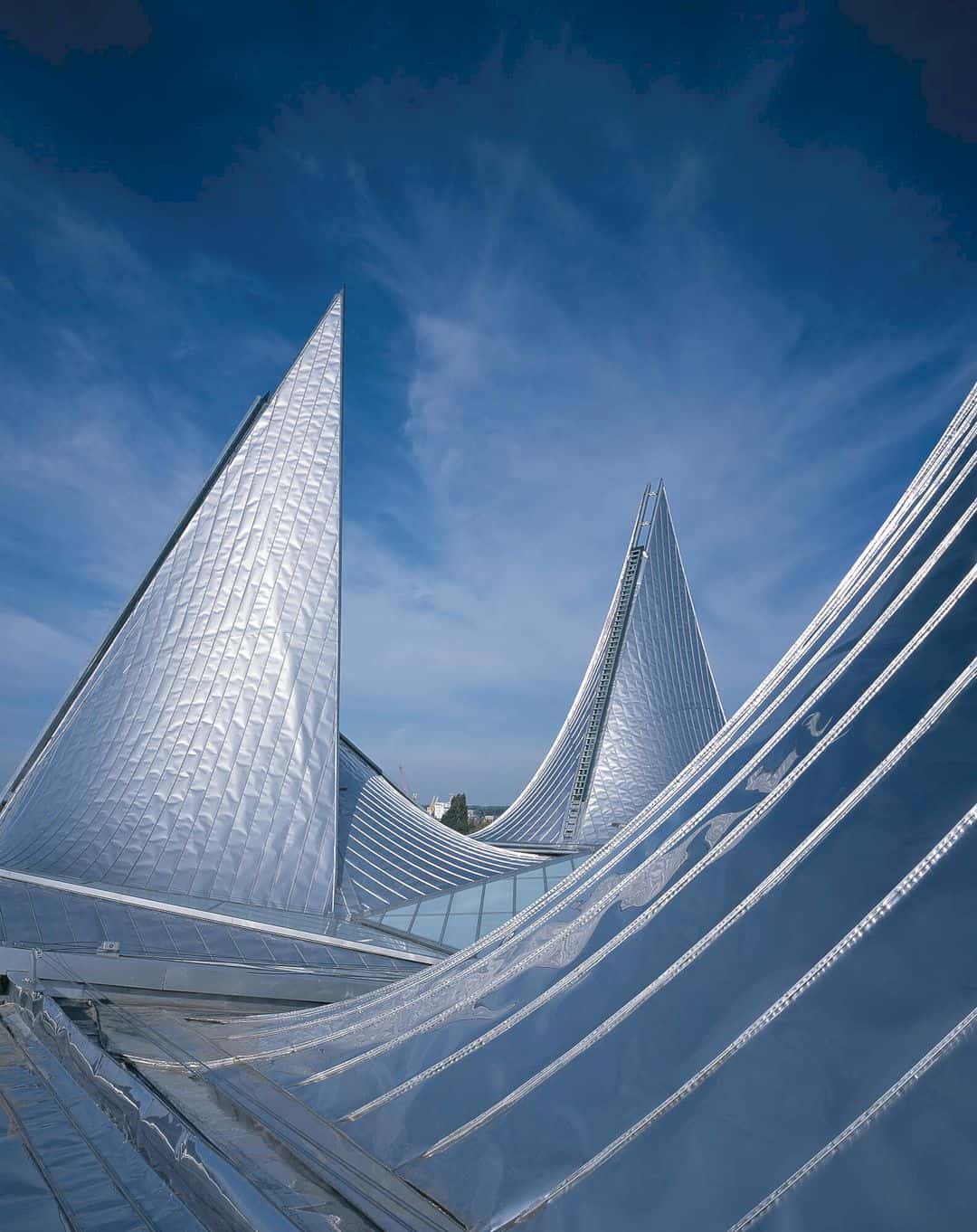 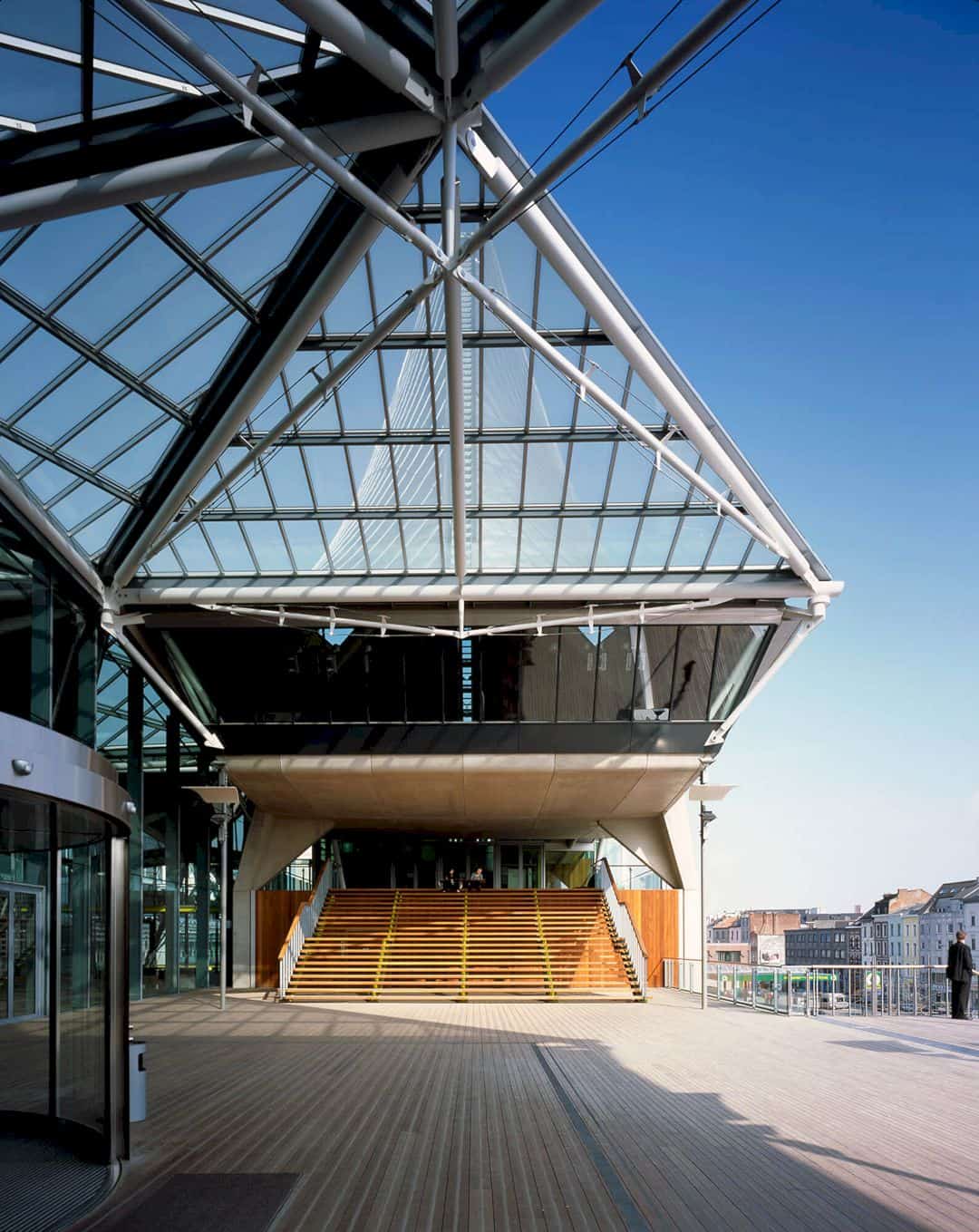 The new law courts for the city of Antwerp is designed with the concept of creating a new gateway building for the city that inspired by Flemish paintings of barges with a roof form generated from perspective lines. Abundant daylight and views across the city are ensured by placing the public space and hearing rooms at the top of the building. 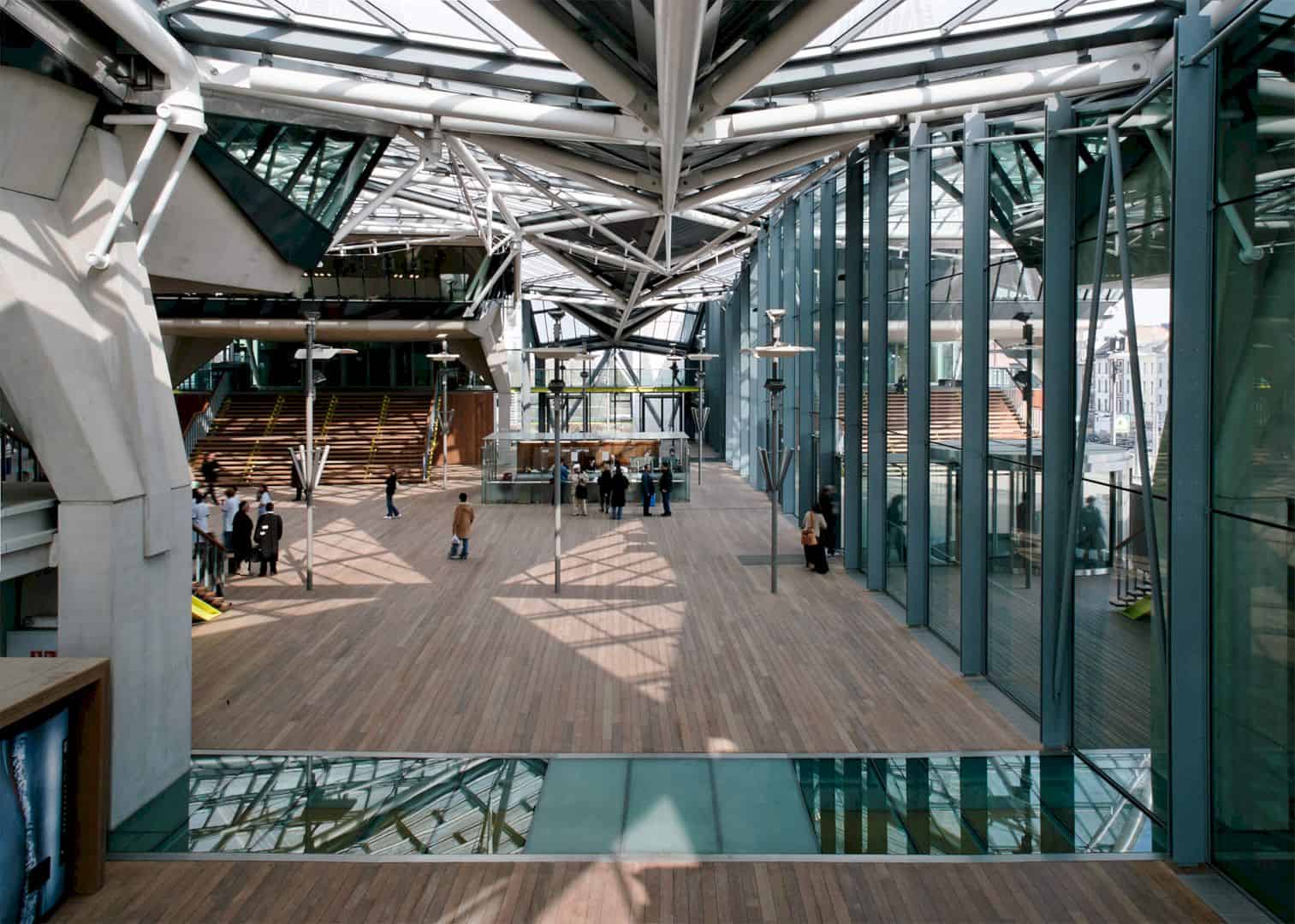 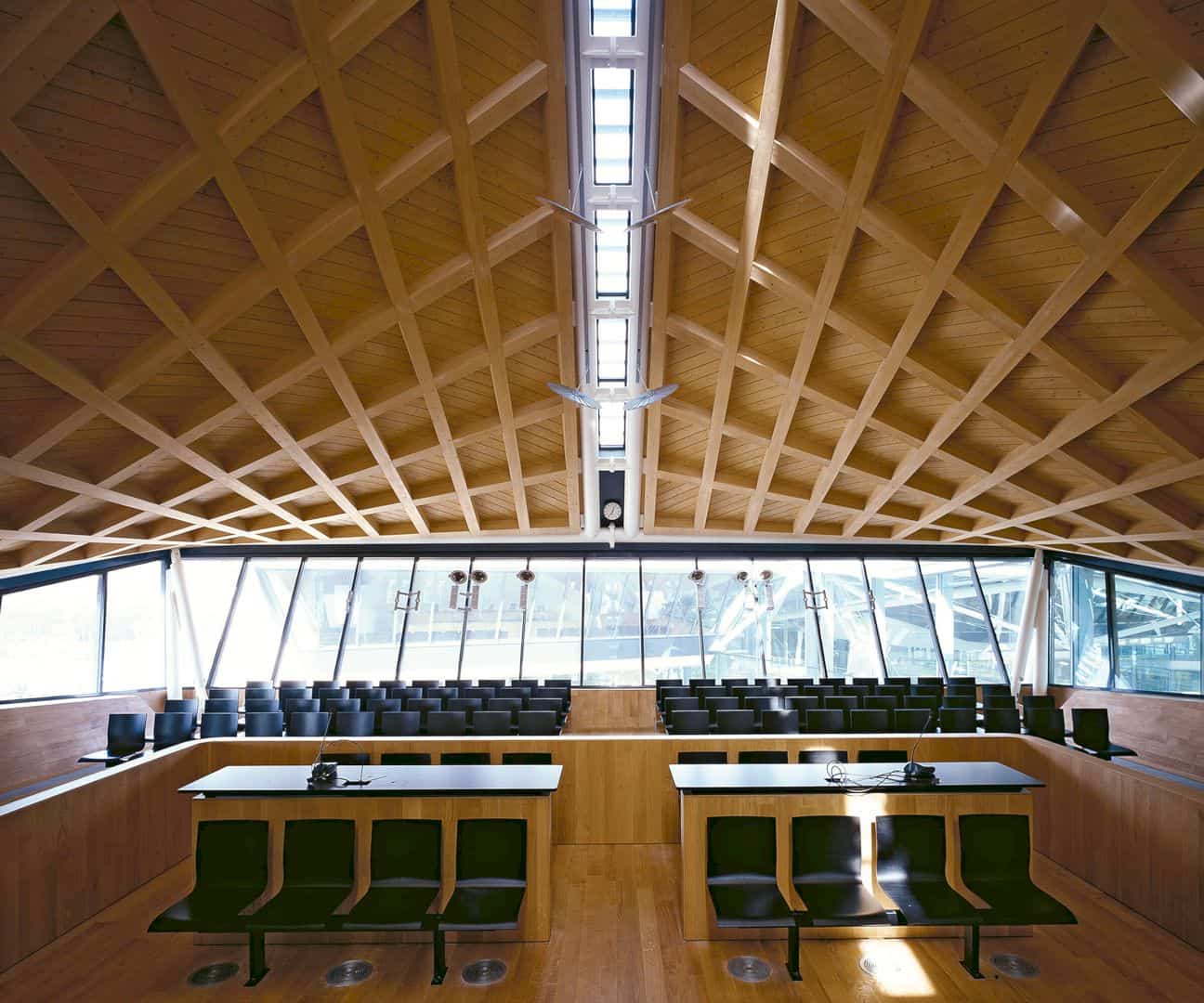 Within six linear wings, the eight law courts are arranged around a central public area that provides a focus to and orientation area for the building. Service space can be found between the offices and hearing rooms to respond to the functional need to provide a decentralized plant. The connections that integrate the building with Konijnenwei Park and Bolivarplaats are also enhanced through the masterplan integrate the city again. 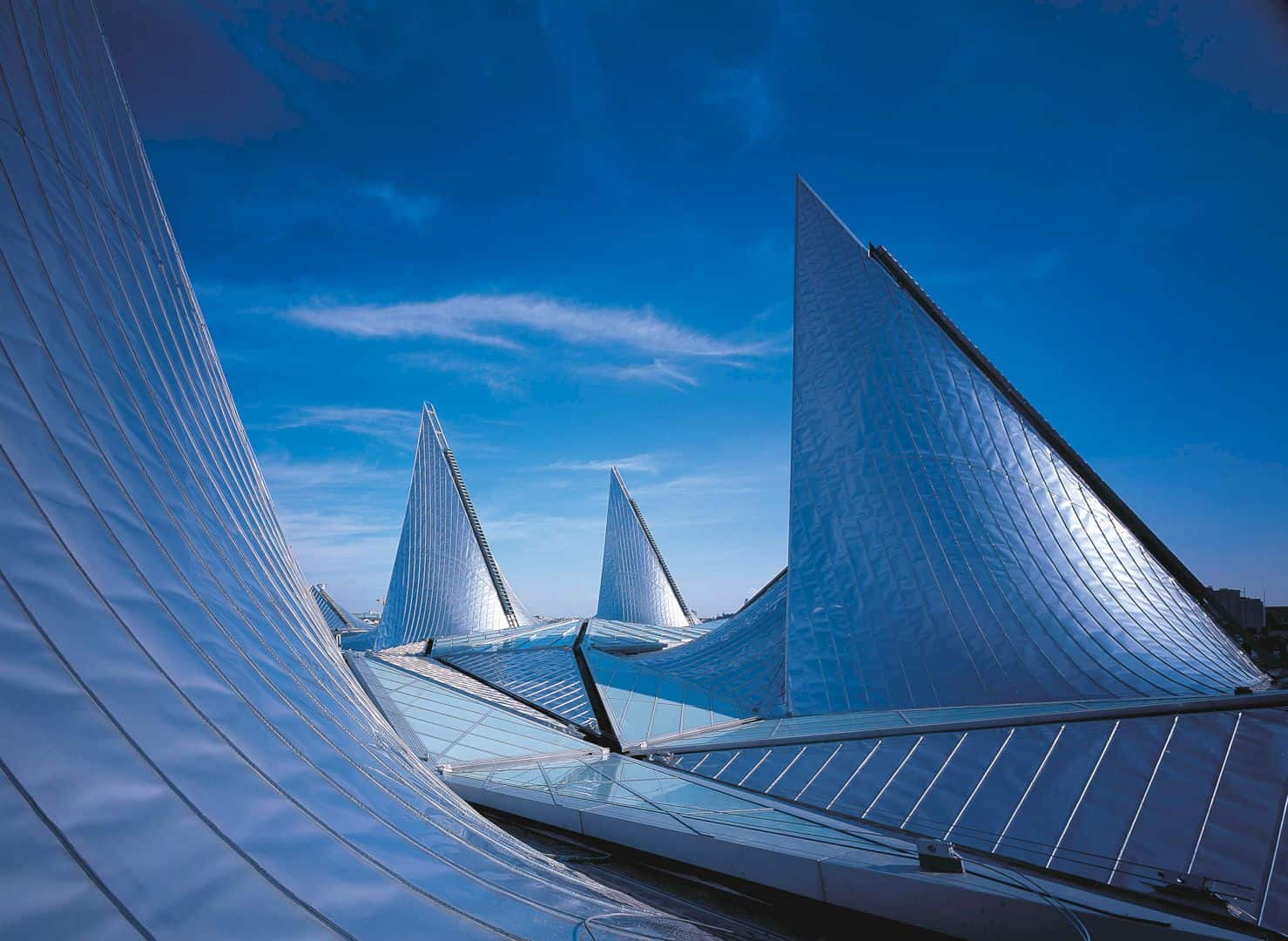 The key factor in the design is the relationship of the new Law Courts with Bolivarplaats. A backdrop to the approach to the courts from De Leien is formed by a line of trees while a simple clarity between private and public space enables natural security, way-finding, and the signaling of a gateway. 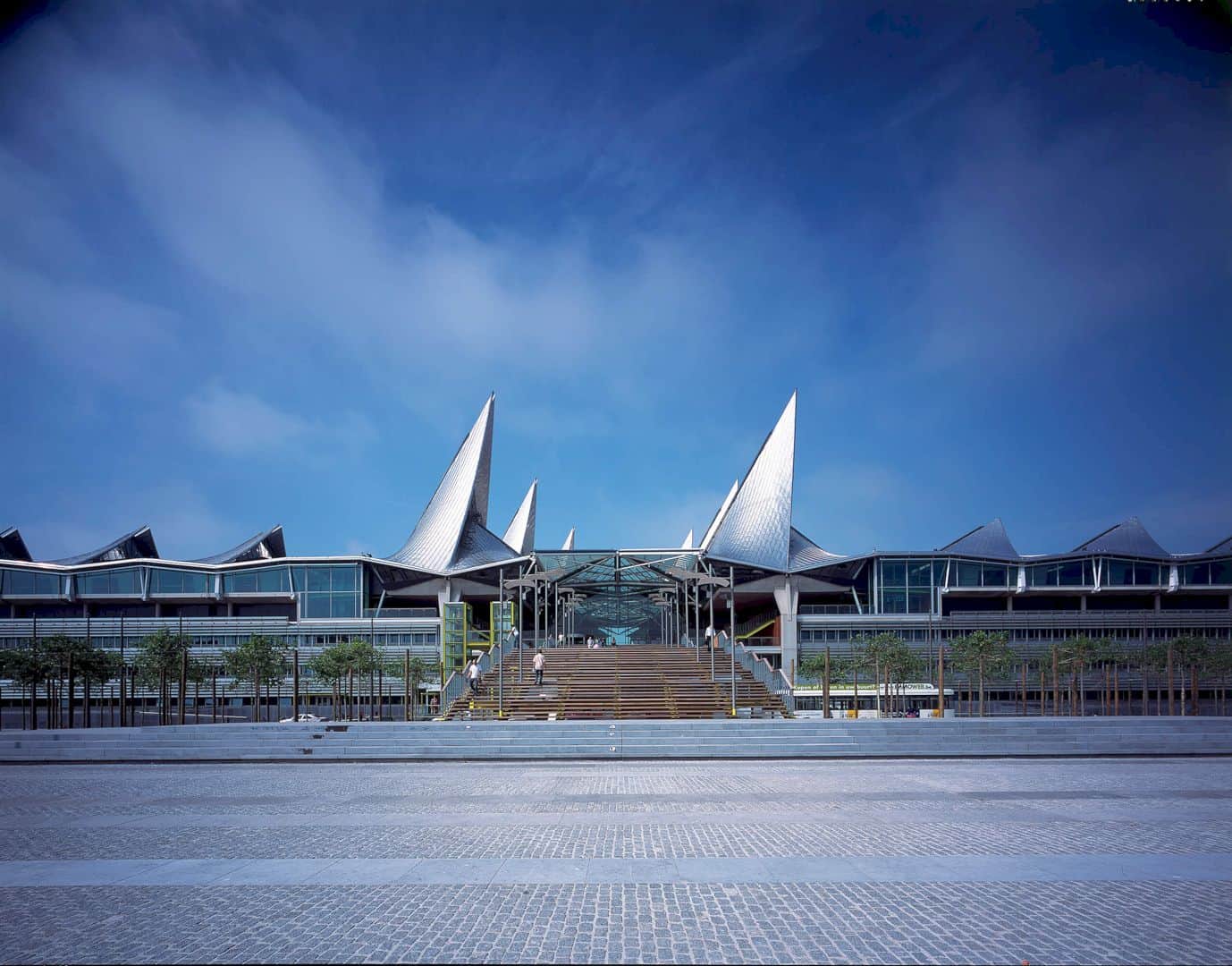 The Salle des Pas Perdus can be found at the intersection of all six linear wings and also acts as an architectural glue that joins together the distinct ‘fingers’ of the building. Areas are relating to the hearing rooms themselves and all main-level offices are naturally lit and ventilated. 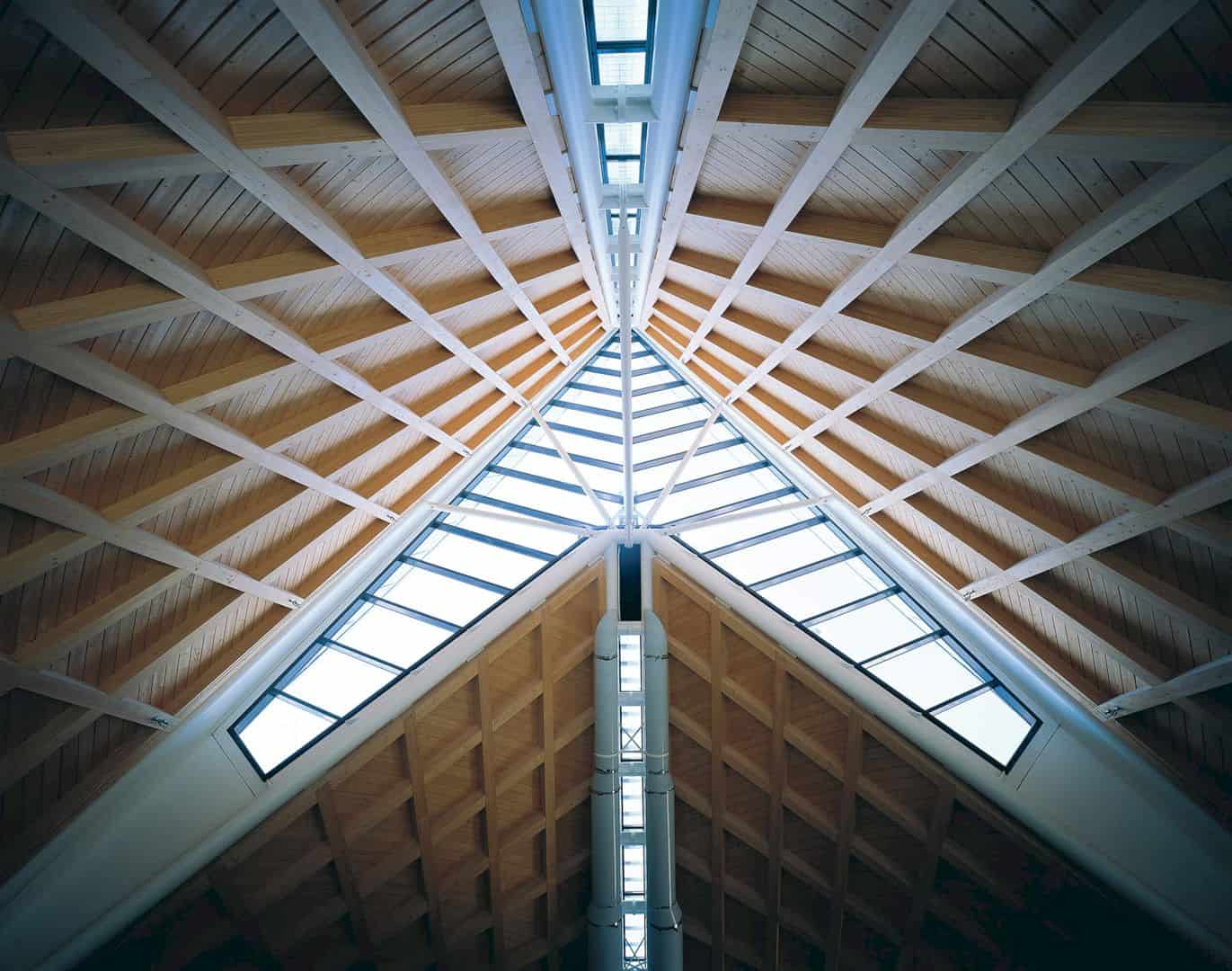 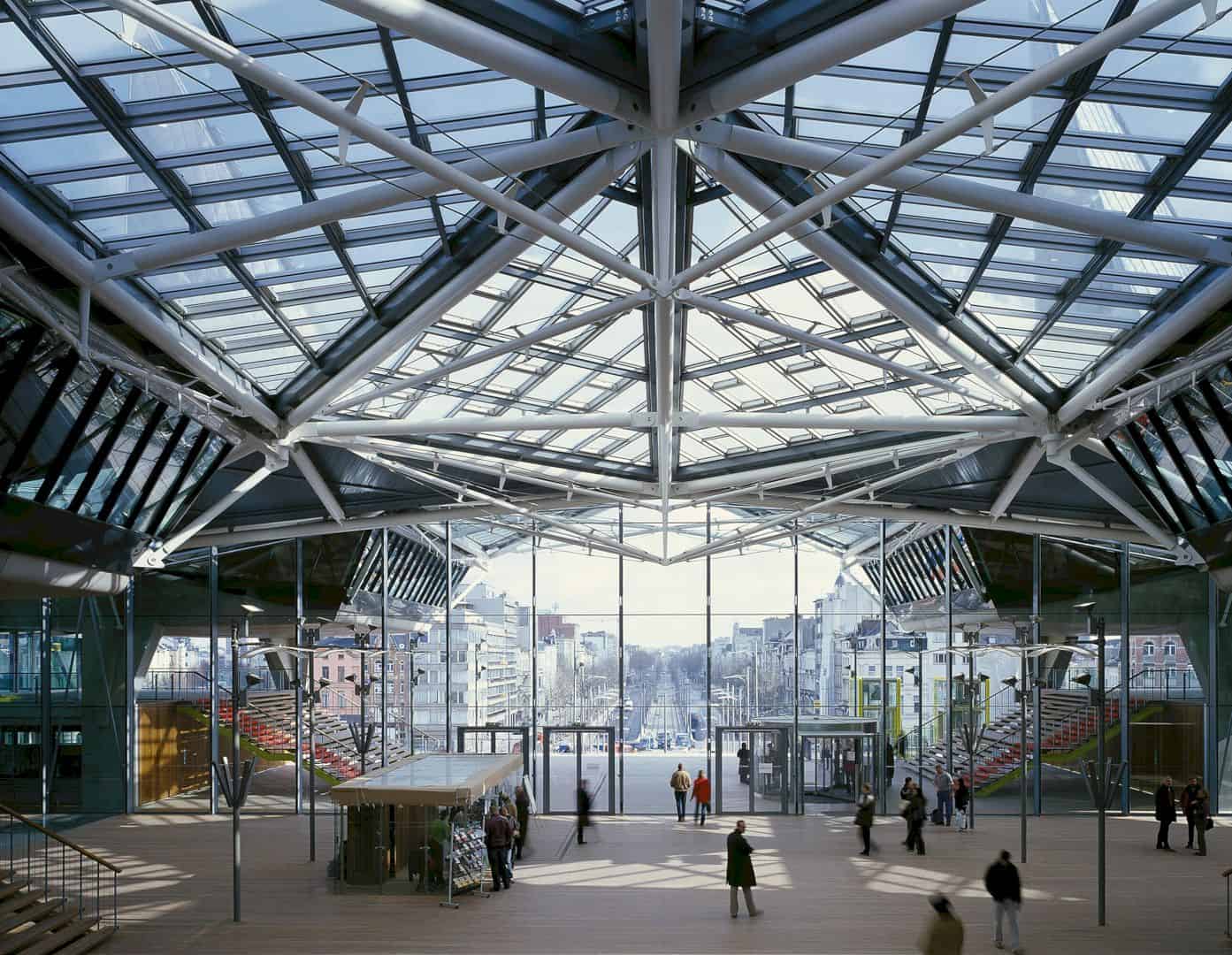 For the roofs, the structural solution consists of grid beams laminated in full lengths with each layer. It is an arrangement that built up by screwing together long lengths of timber, connecting them to the steelwork of the perimeter and allowing the long timber strips to follow the geometry of the hyperbolic paraboloid. The roof structure is assembled in a large shipyard that configured into a production line of separate work areas.