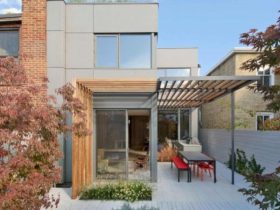 Through House: A Complete Overhaul of A Narrow 130-Year-Old Residence for Modern Living

It is a 2012 project of new construction in a single-family house designed by Gogl Architekten. HAUS WALDE is located in Austria with 383 m² in size, owned by a client that wants to have an open, light-filled room with a beautiful backdrop of the Kitzbühl Alps. The new construction is also supported by earthly materials with a contrast to the modern design. 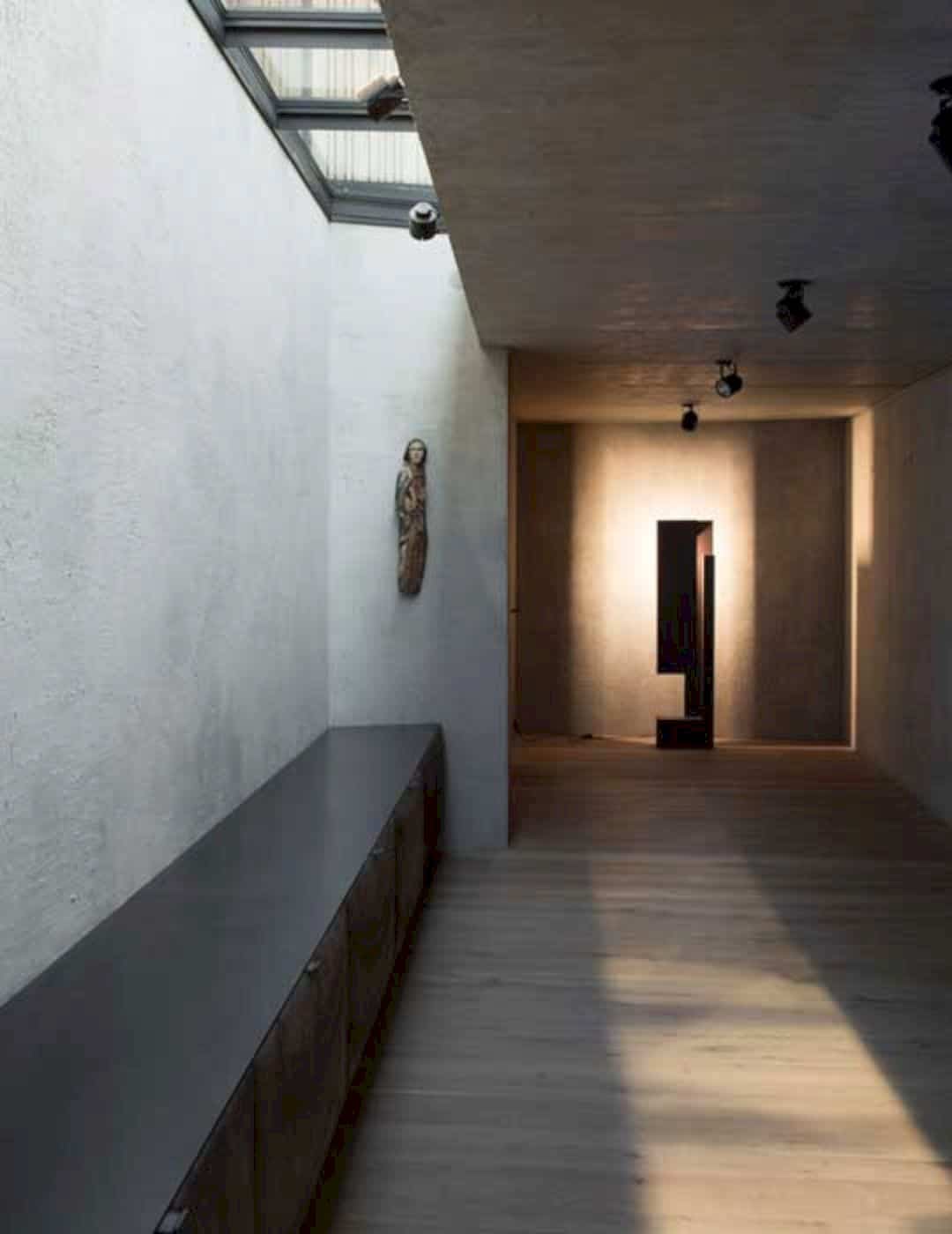 The project site can be found on a north-facing slope, bordered on its eastern and northern edges by neighboring sites with freestanding buildings, on its southern edge by a street, and also on its western edge by a stream and a path. There is an access road to the site which is simultaneous with the street. 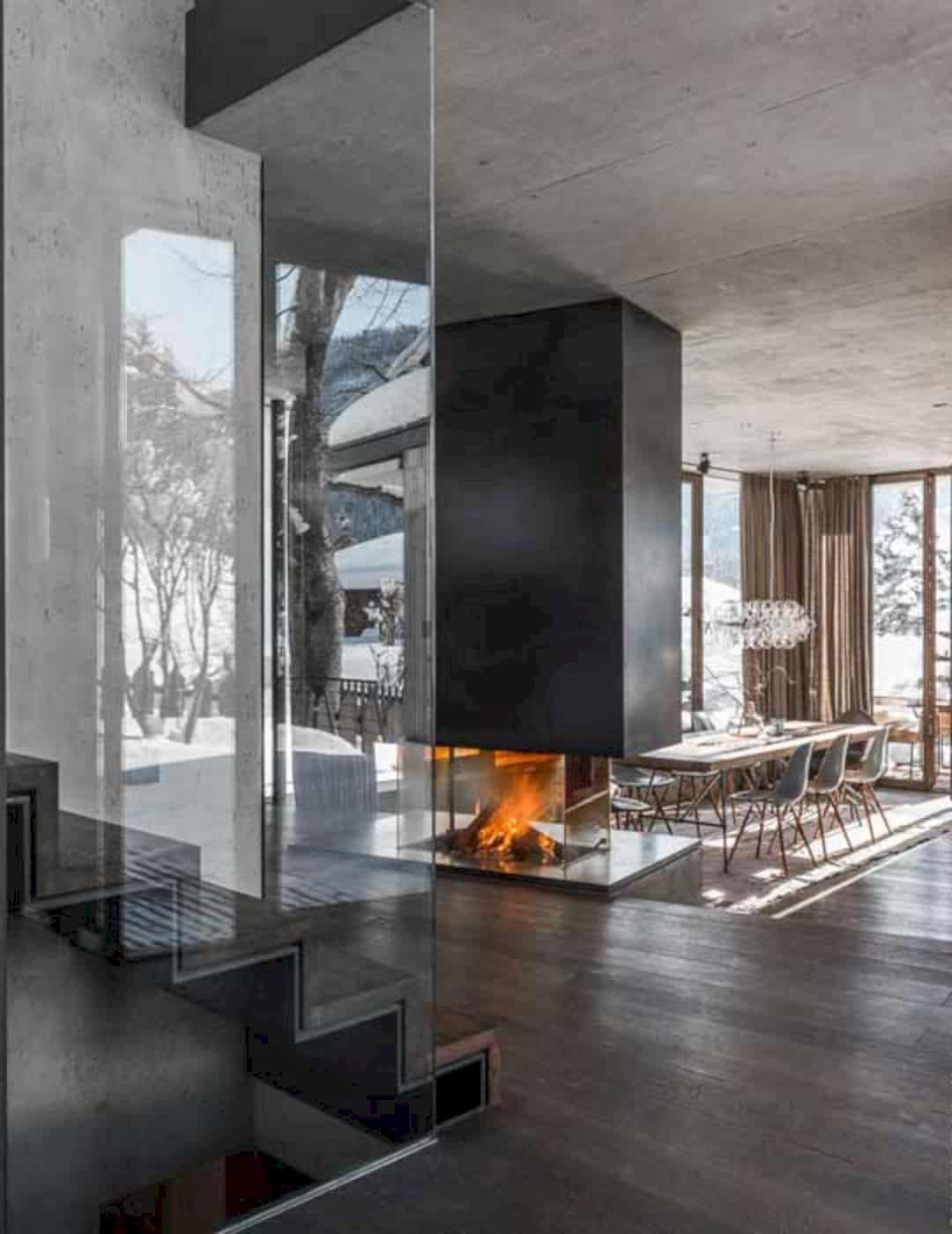 In the eastern half of the site, there is a listed building that has to remain unaltered. The architectural conflict with the existing house, the narrowness of the site, and also positioning the new construction on a difficult slope are the biggest challenges of this project. 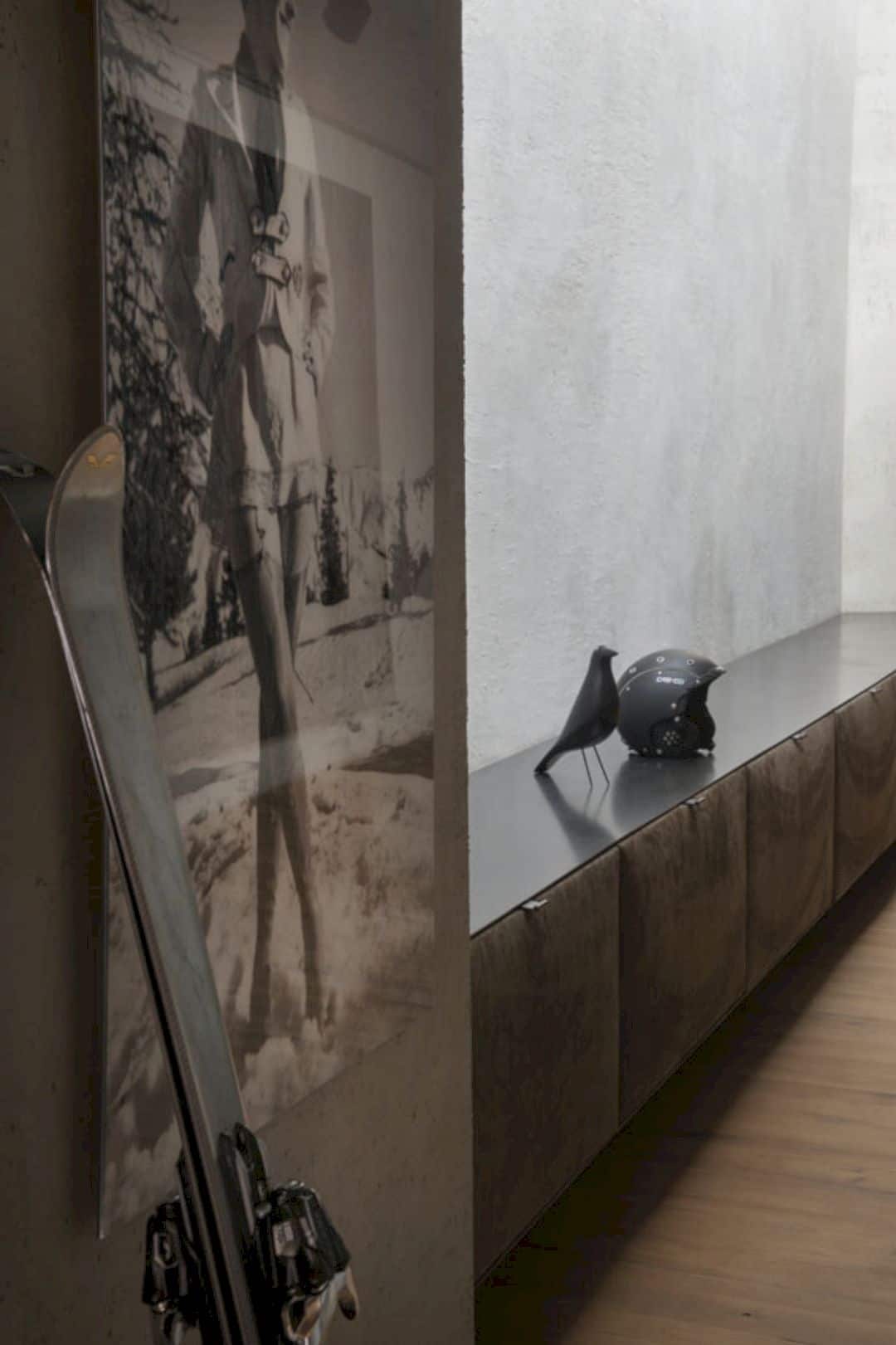 The new building of this project is presented as a contemporary counterpoint to the old house. Both of them stand on each other as a construction example from some different epochs. The architect tries to adapt the new construction to the site’s topography and also to embed it into the terrain, creating a maximum use of the building regulations. There are some changes in all three storeys which are adapted to the site terrain, creating some differentiated zones and maintaining the open plan at the same time. 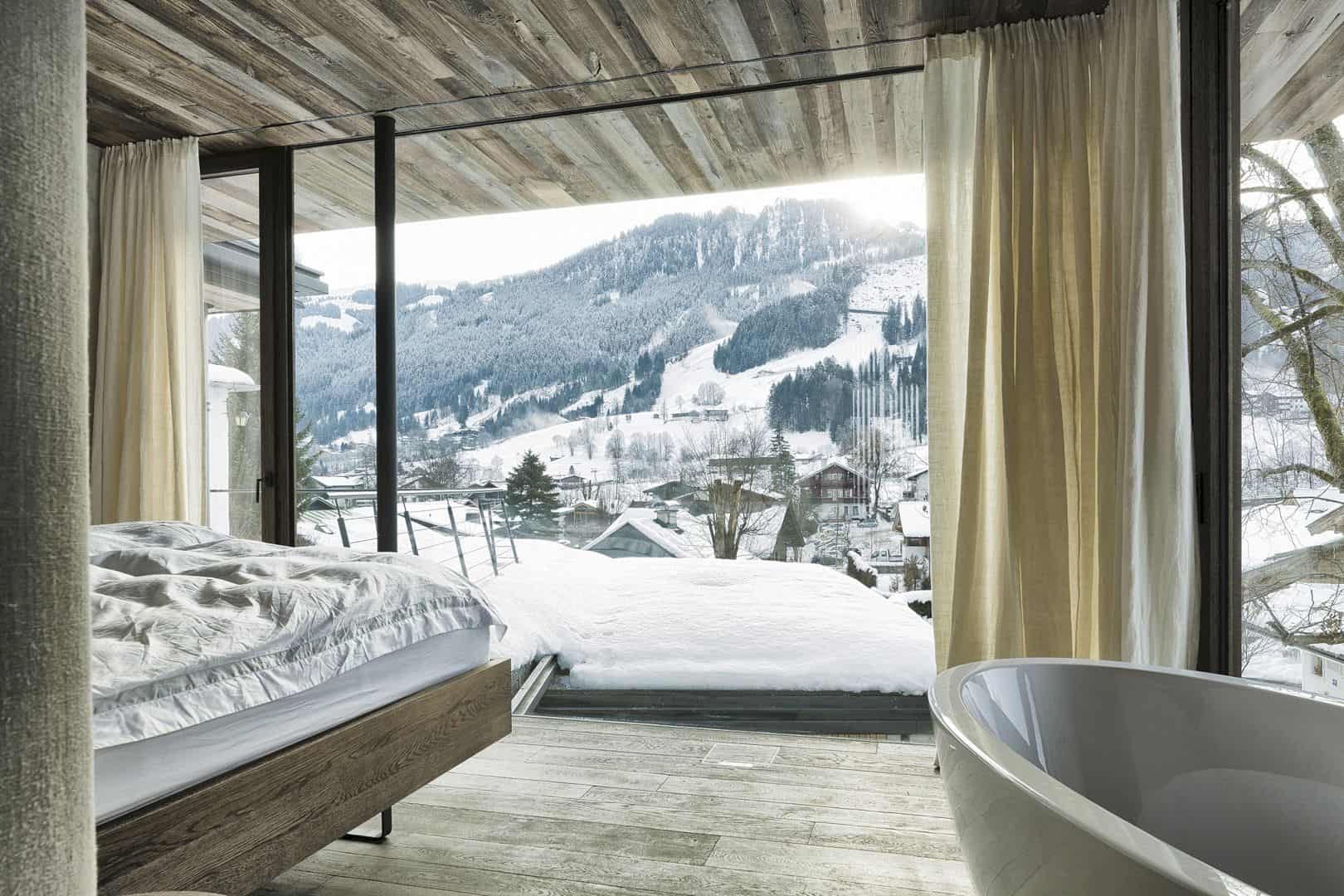 On the slope, the long wall of natural stone gives the residents ‘backing’ from behind while the large-scale glazing opens up different views on the awesome backdrop of the Kitzbühler Alps. A feeling of spatial openness is ensured by the moveable facade elements of wood, safeguarding the private sphere of the residents too. The interlaced rooms and the multi-layered structure of the facade offer a complex spatial experience. An open fireplace is a central element on the ground floor, creating a cozy atmosphere and surplus heat to the geothermal heat pump.

The ceiling on the ground floor is defined as a modern contrast to the earthly materials of wood and natural stone, made of exposed concrete. Oakwood dominates the ceilings and floors in the bedroom. The character of an open structure embedded in the landscape comes from the terraced roofs with their broad projecting canopies. Without thresholds, the interconnected inner rooms are enlarged by generous terraces. 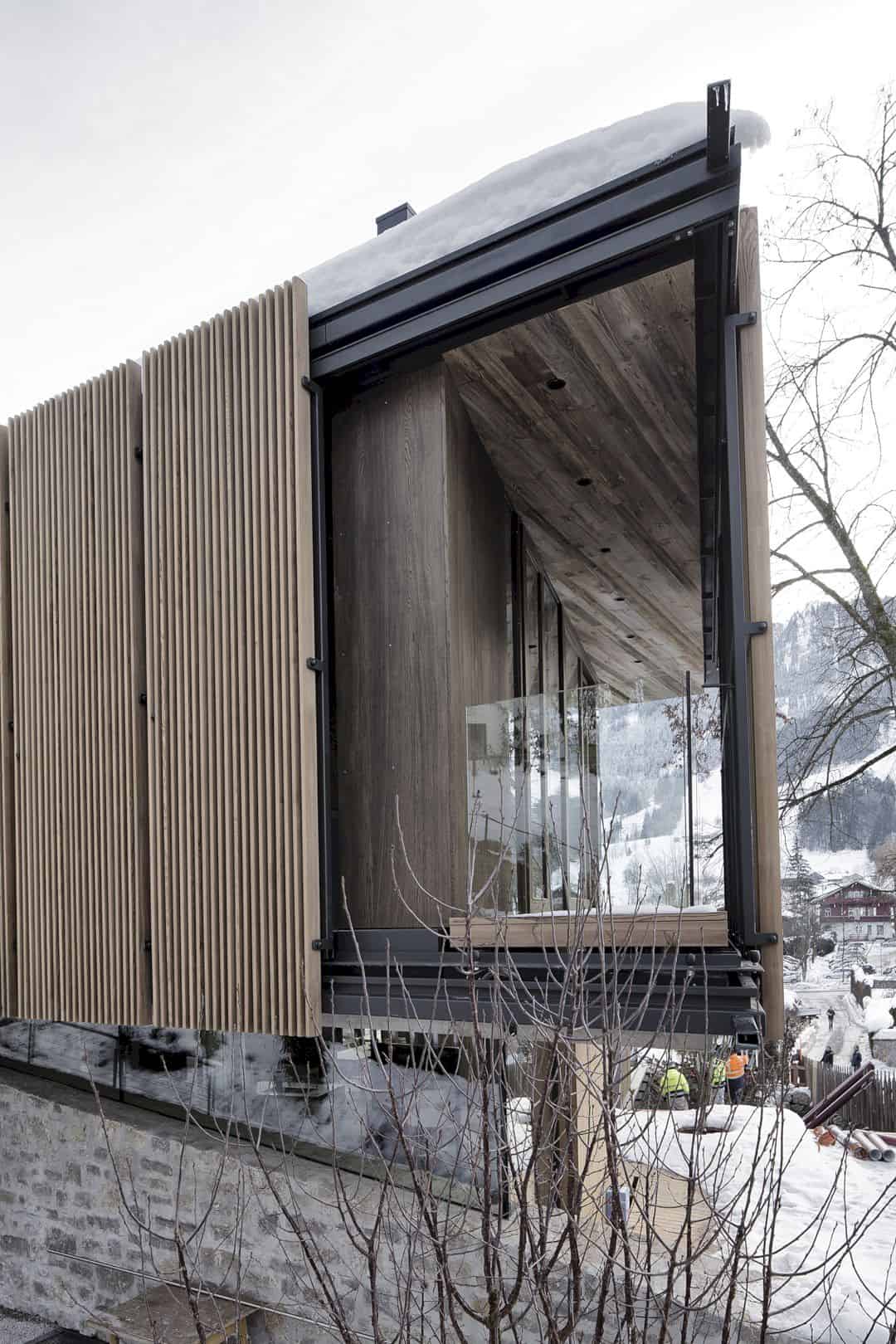 The living area is enlarged by the west-facing terrace, making optimal use of the limited space and ‘sways’ over the stream along the western edge. The carport’s roof is transformed into part of the garden which is not visible from within the house while the basement is built as a working and living area, lit from the south optimally.