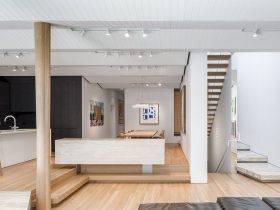 Rosemary House: An Innovative and Assertive Family House for A Modern Family Living

This one house in Bloomington, Indianapolis, might surprise you. The house is not only tiny, but it displays such whimsical design with great craftsmanship. The tiny house was built and designed by Daniel Weddle, the founder of Carpenter Owl. Called Honey on the Rock, it is a double-decker tiny home built around an heirloom whiskey still, the family’s most prized possession.

Honey on the Rock 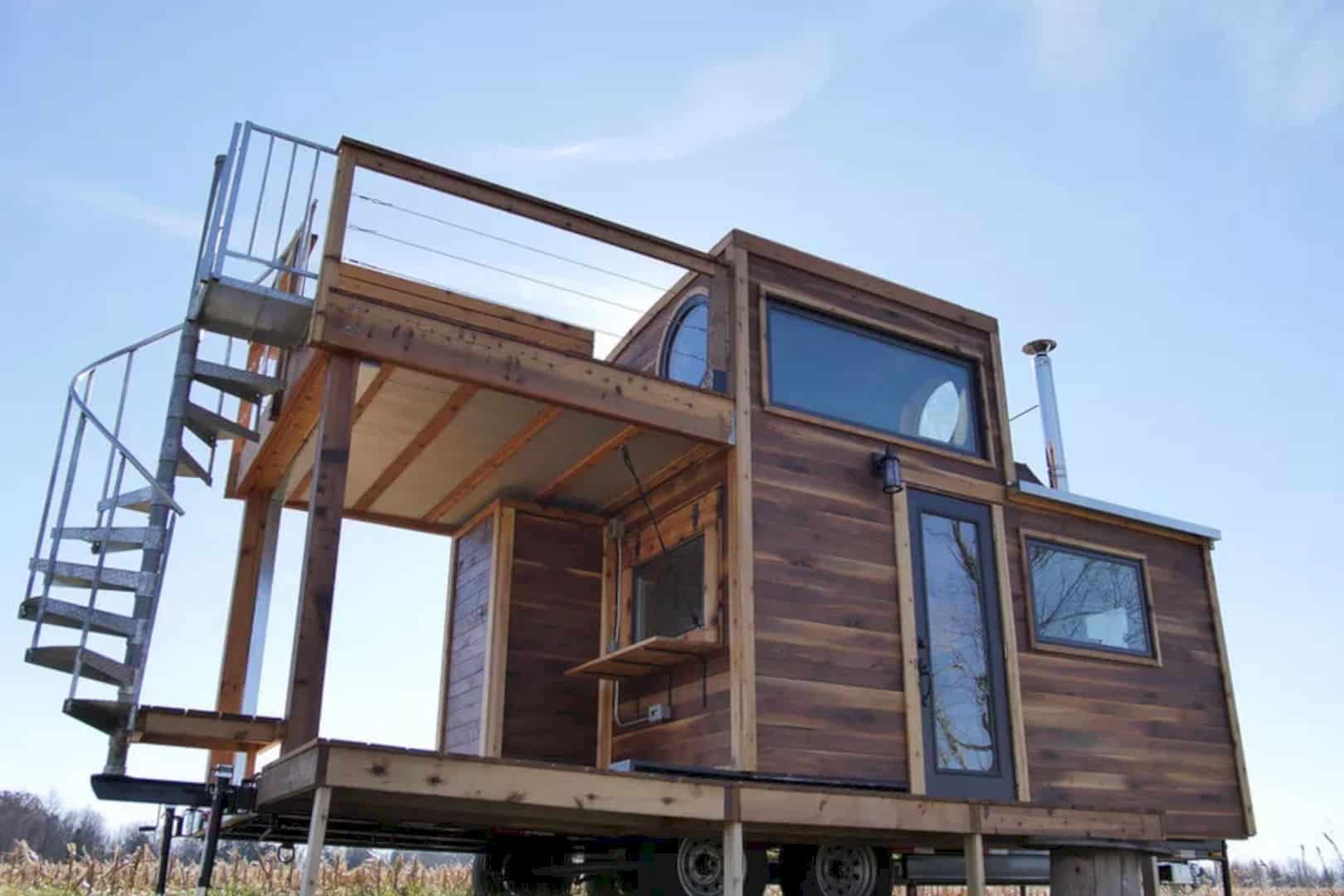 This whimsical tiny house used walnut trimmed with cedar for the exterior. 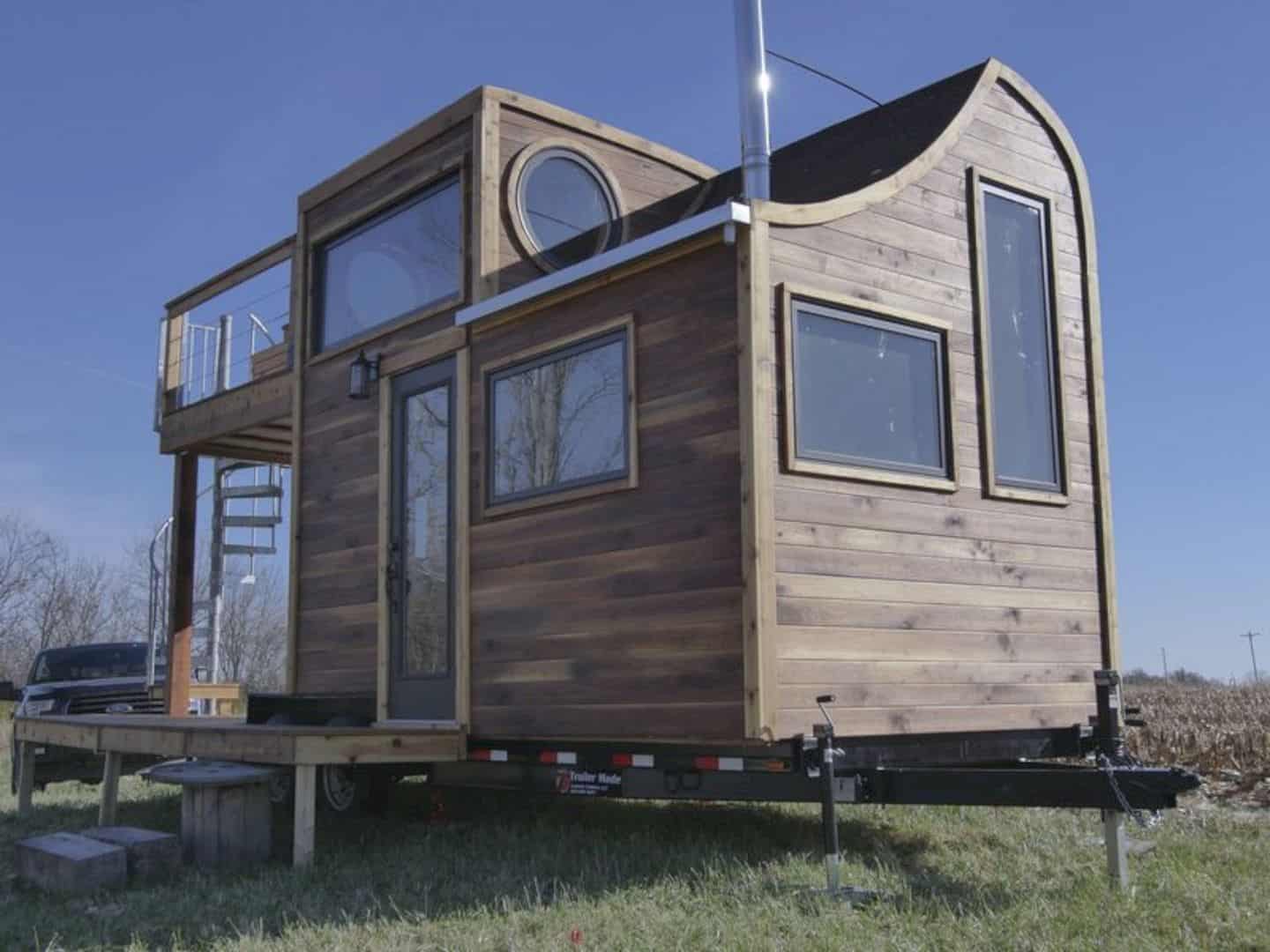 The roof materials were repurposed from two older buildings and rolled flat with a truck. 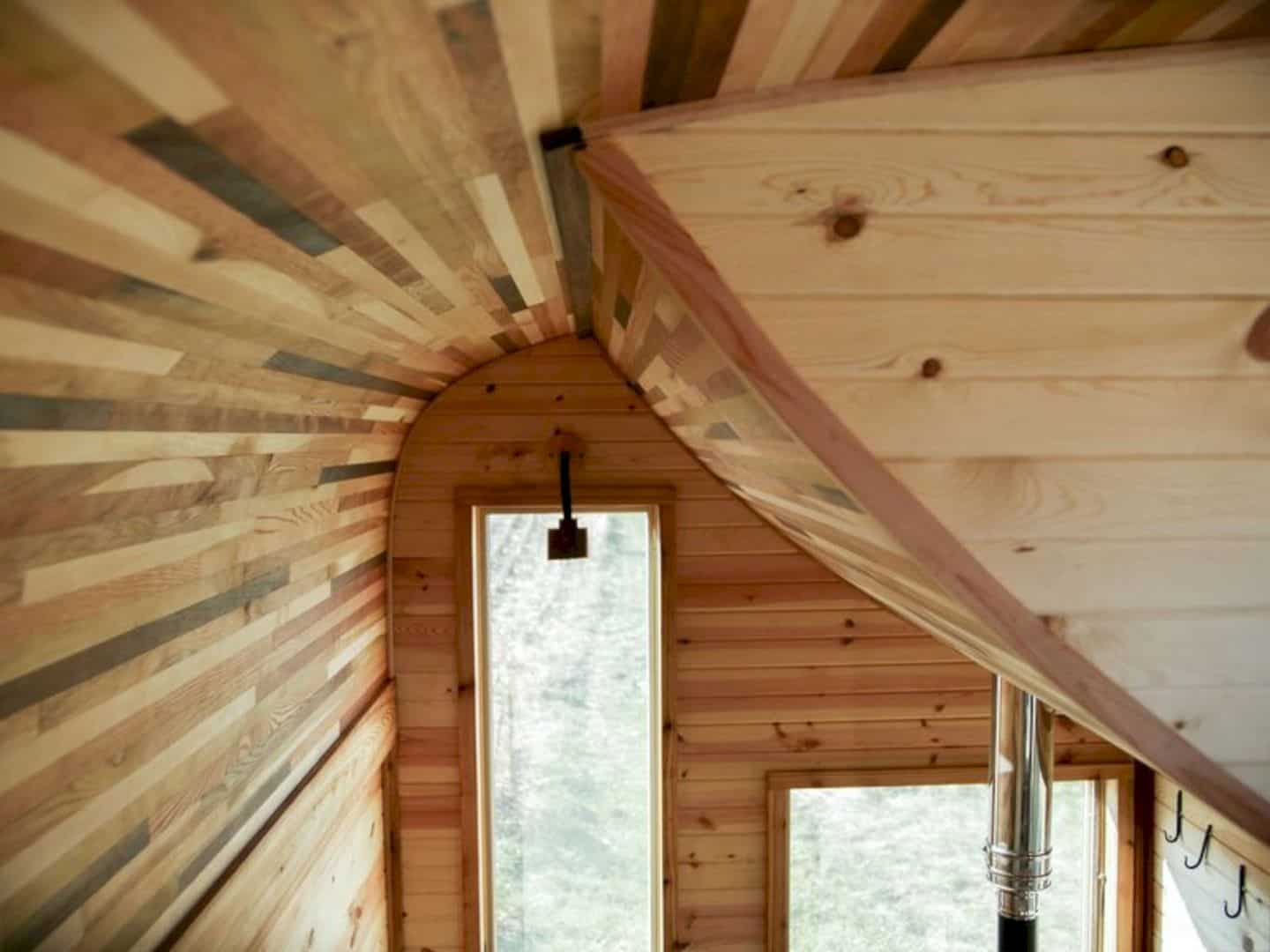 Upon entering the house, you will see it is dominated by wood paneling and overflow with design details. There is also hand-carved light fixture to light up the whole interior. 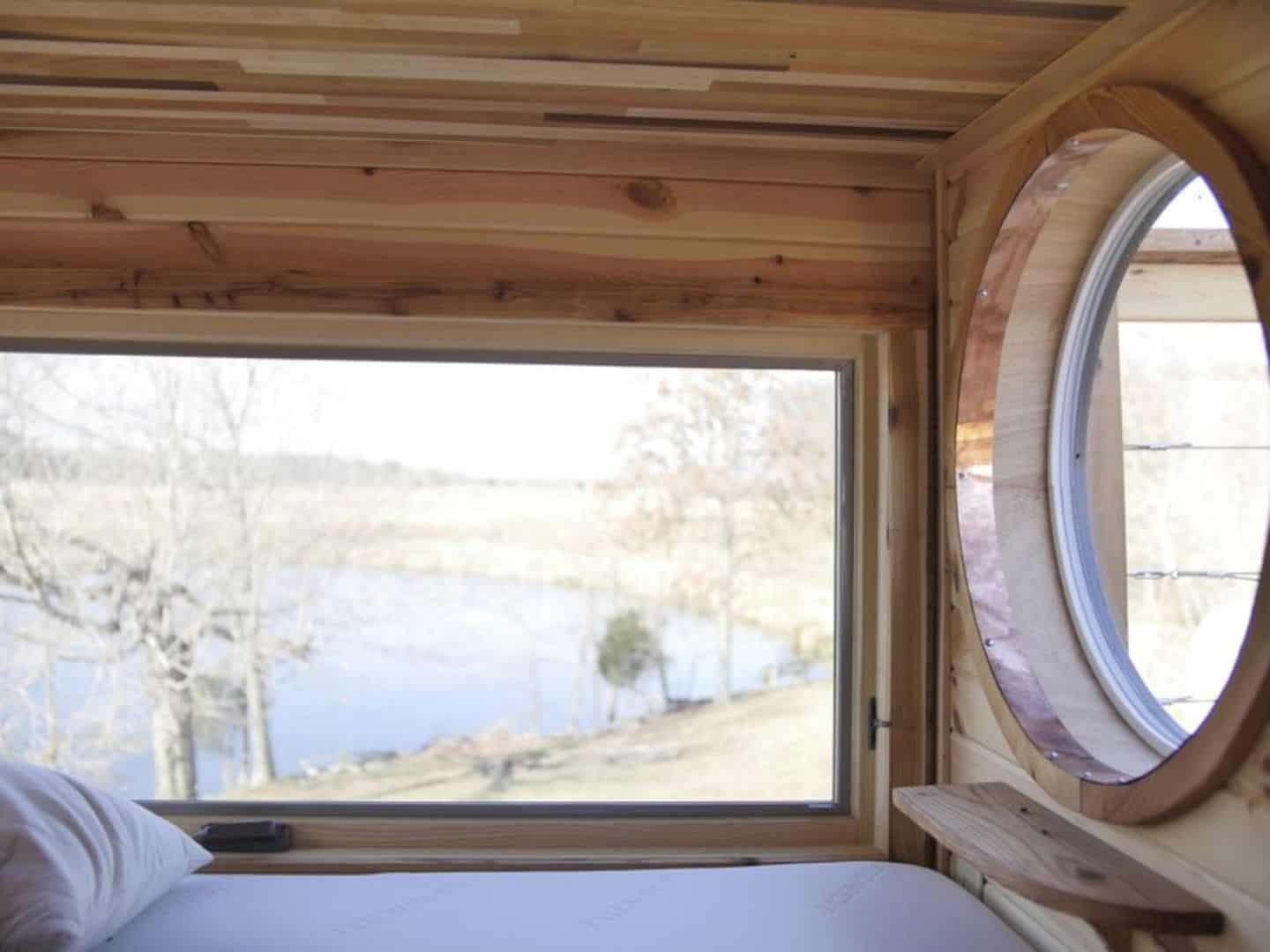 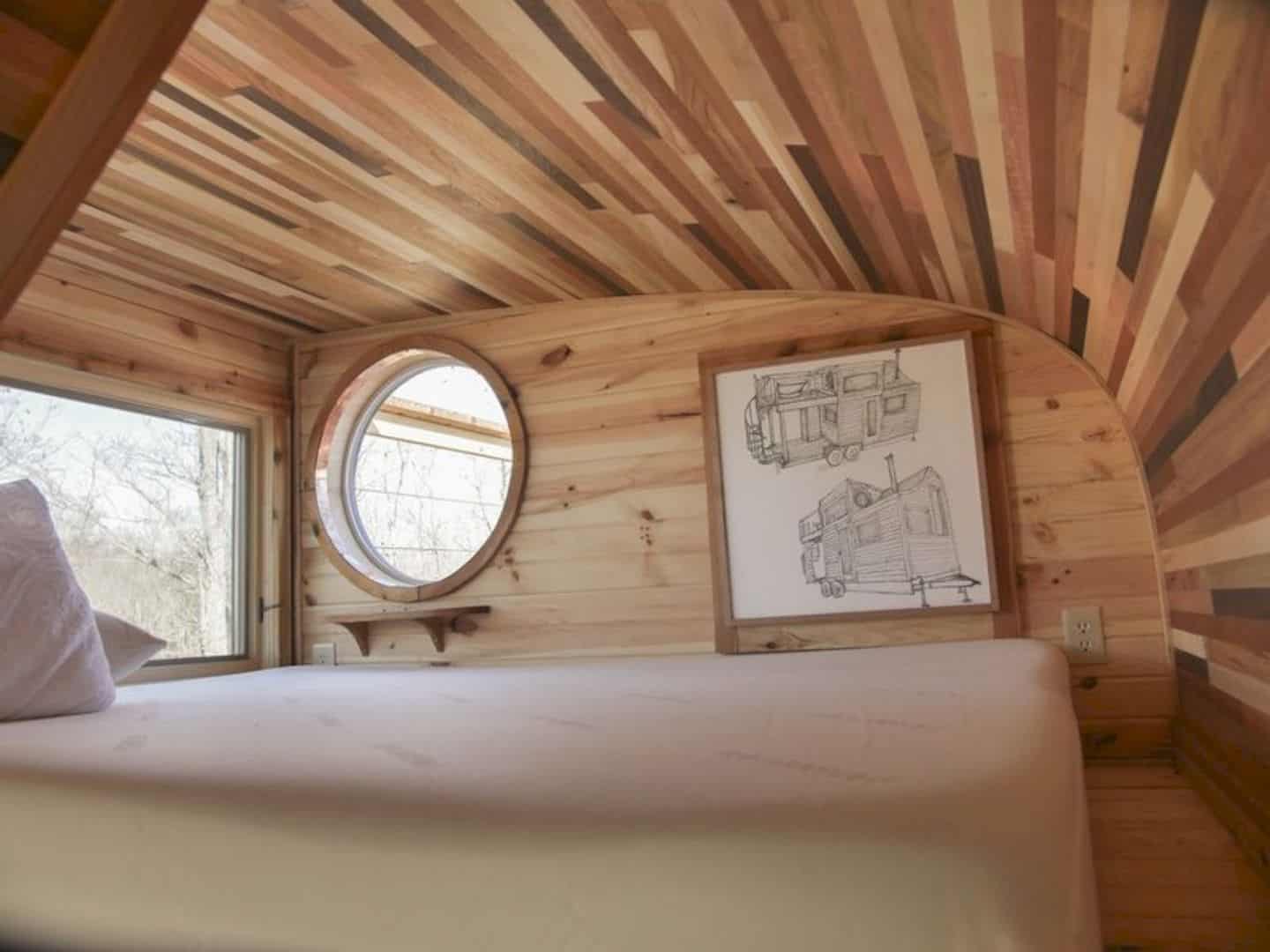 Meanwhile, it took four months to finish this 22-foot-long home. The building processes included building the 150 square foot second-floor deck containing a luxurious soaking tub and a built-in table. The deck can be accessed through an exterior spiral staircase or a secret door situated in the sleeping quarter, hidden behind a drawing. 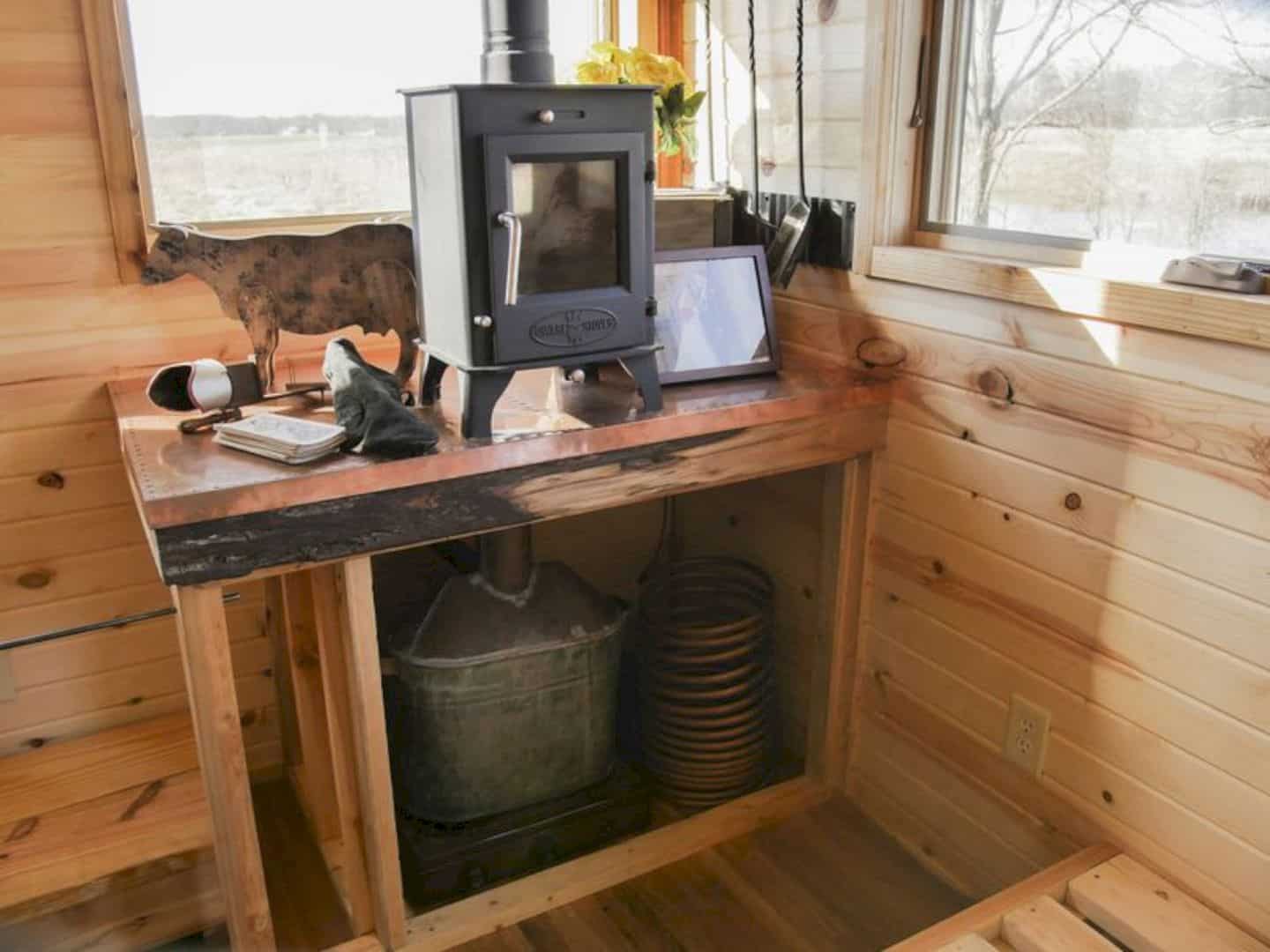 The still, which is hidden within a copper-topped table supporting the stove, has quirky curves that remind you of the tiny house’s whimsical arches and angles. 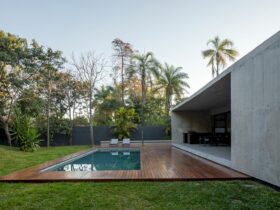 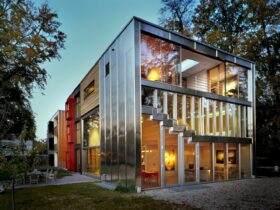 Barcode House: A Large Villa and Studio with A Timber Structure 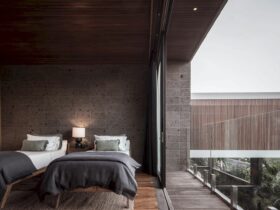 River House: A Five-Bedroom Residential Home with A Sense of Timelessness 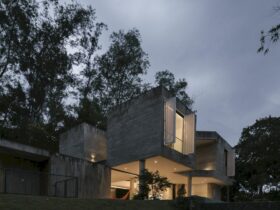 Casa Pitanga: A Single-Family House with A Concrete Structure 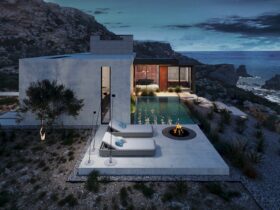 House on A Cliff: The Use of Natural Materials and Their Derivatives 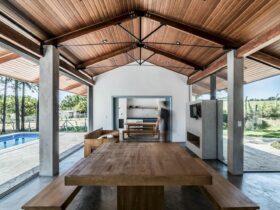 GSM House: A Pleasant Place with A Preserved Native Tree 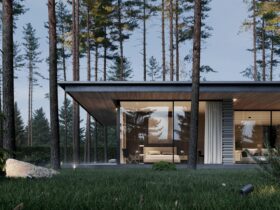 A House for Two in Repino: A Permanent Stay with Spacious Spaces 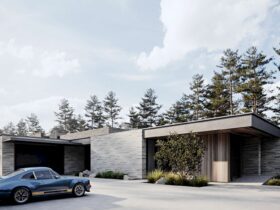 House in Okolitsa: Relationships between Exterior and Interior, Landscape, and Architecture 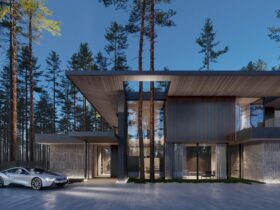 House in Repino: A Wright-Like Style House with Natural Materials 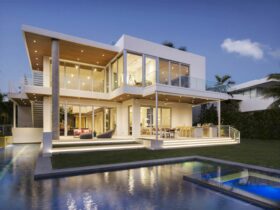 484 North Parkway in Golden Beach: A Modern Family Residence with the Use of Different Colors