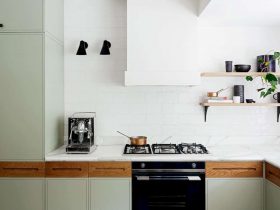 A British architect Lisa Shell was appointed to build a cabin for an artist Marcus Taylor. Located in a salt marsh on England’s east coast, the cabin was built to create a peaceful retreat for when Taylor needs a place to focus on his works. Shell was inspired by oil rigs, Maunsell forts, and a wading bird to bring in the cabin design. 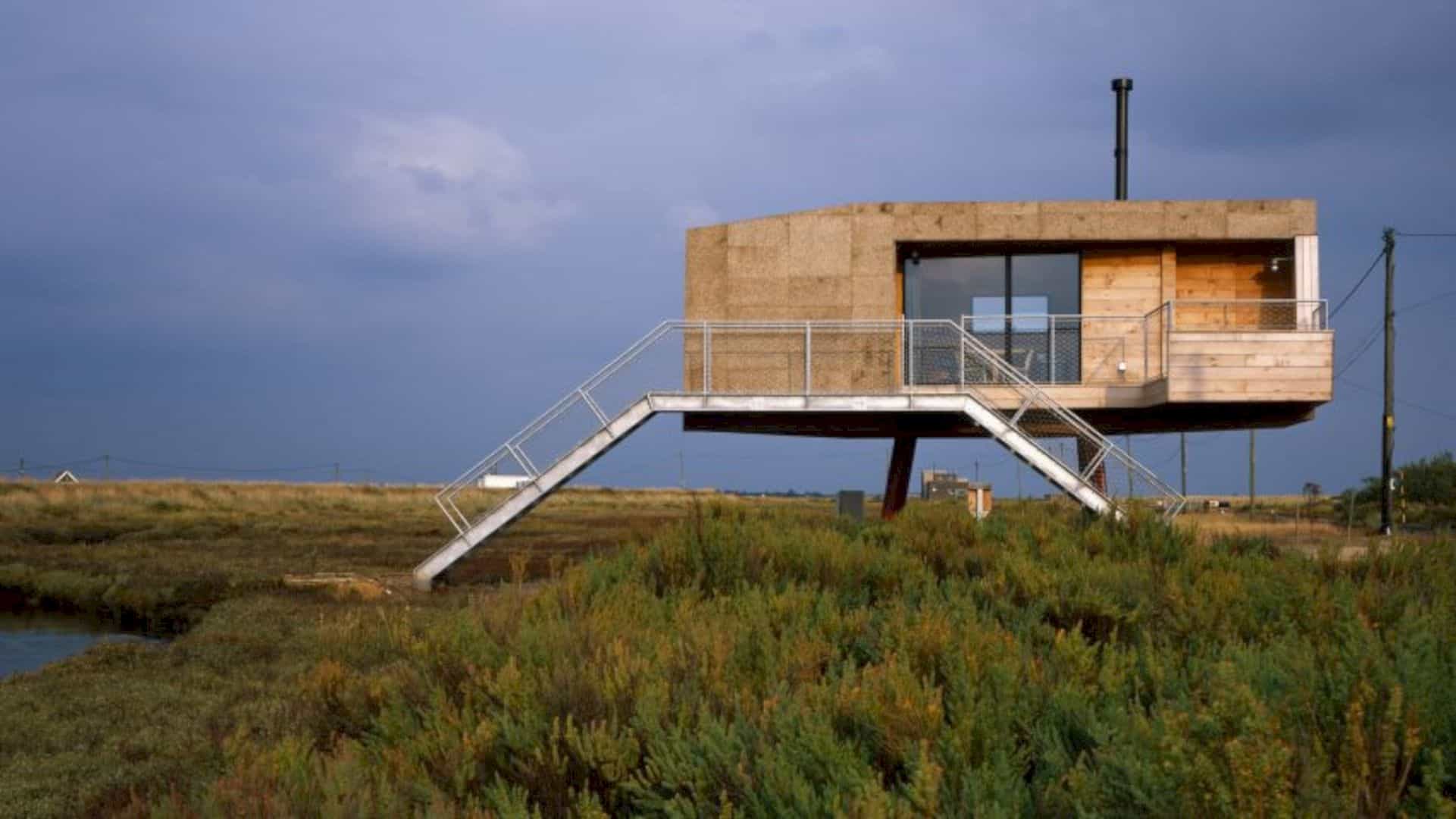 The exact location of this cabin is within Essex Wildlife Trust’s Colne Point Nature Reserve. Considering the location is on a protected area, the house must be renovated to suit the surrounding area. The renovation was conducted by removing the old house and turned it into this unique cabin. 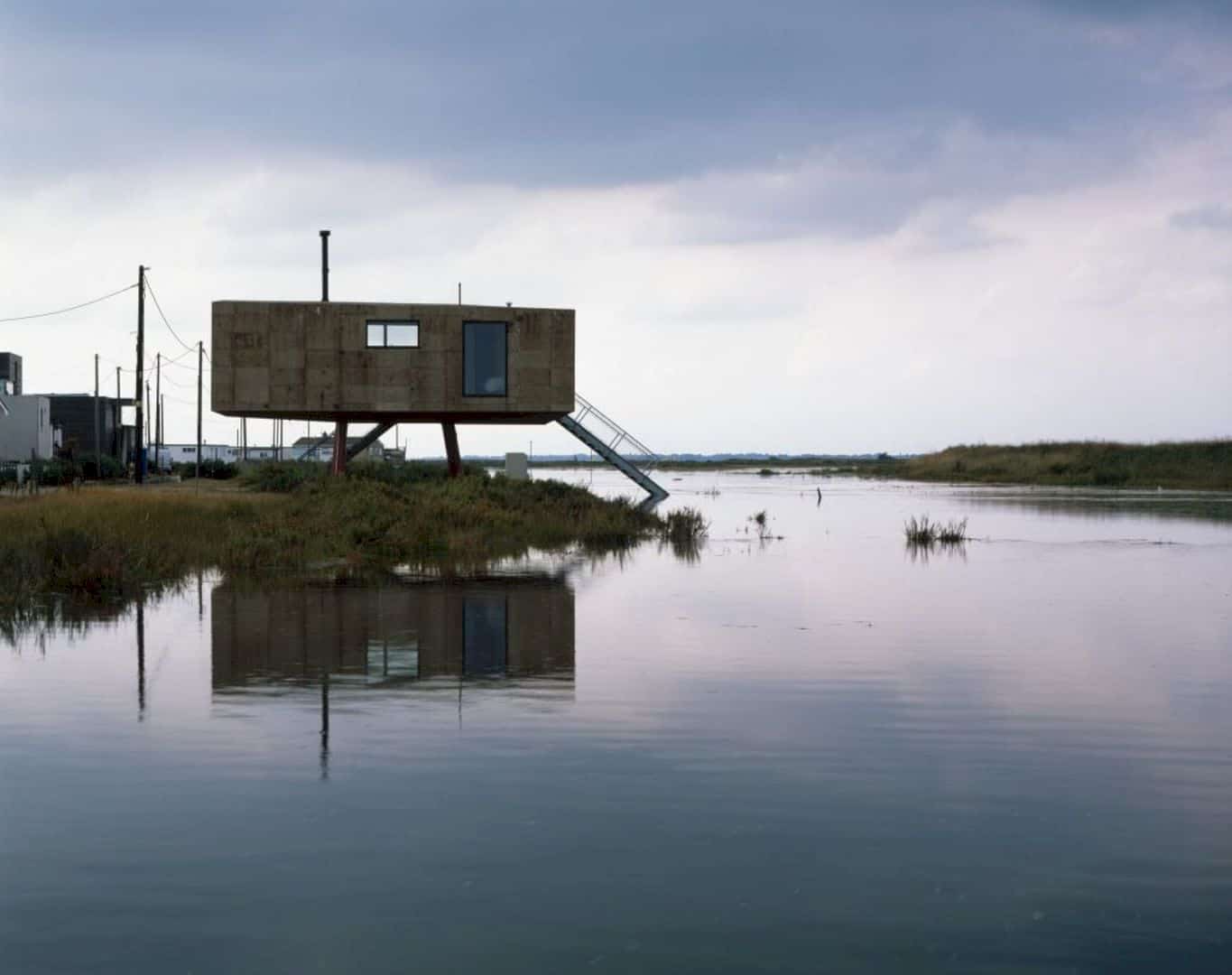 Even though the cabin was built on a coastal site which is an extreme environment, it did not stop the designer to bring out an innovative and experimental design. Therefore, the cabin was constructed to withstand extreme conditions, including seasonal cycles and weathers. 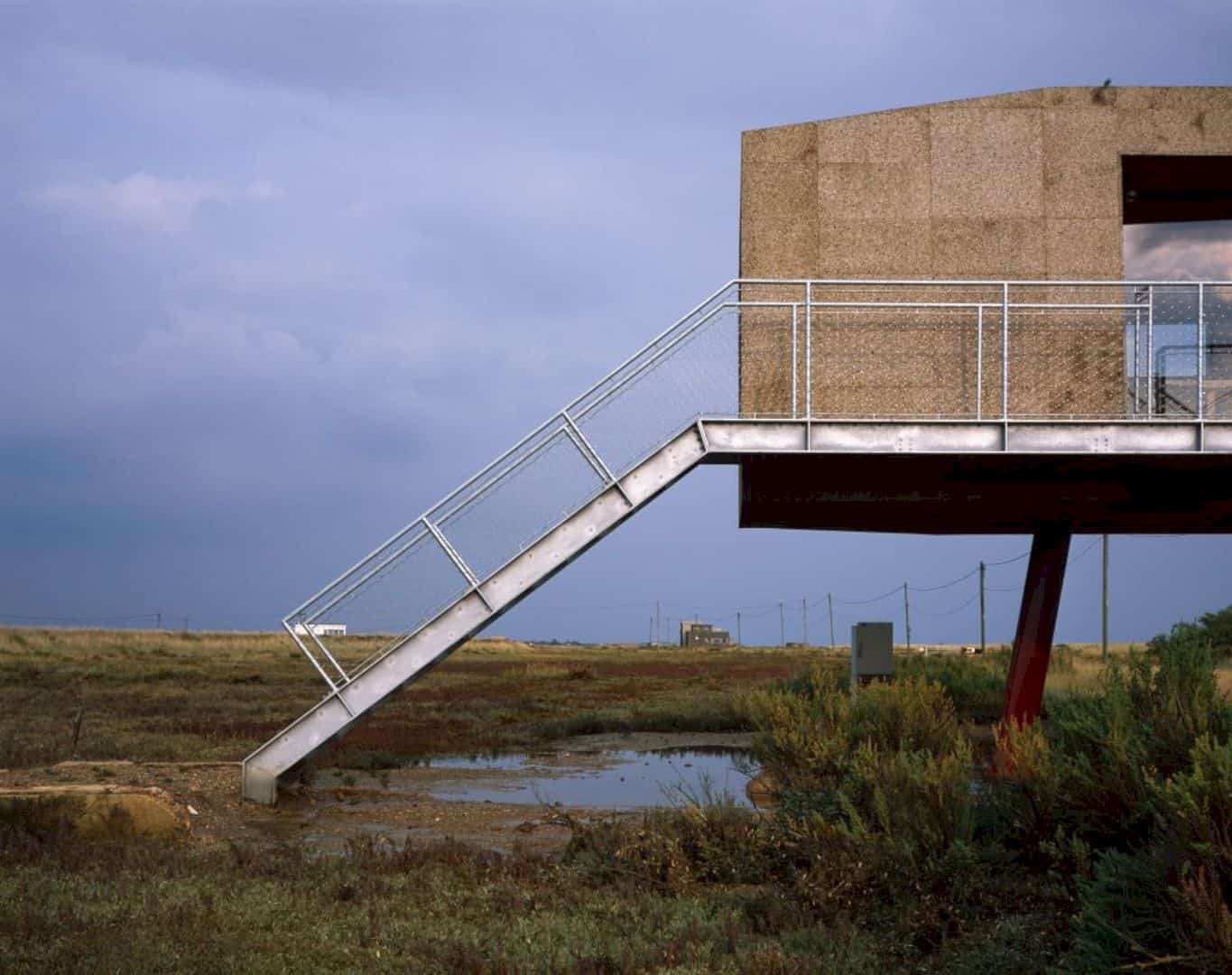 Instead of choosing a robust, flood-proof structure, Lisa Shell went with a raised design to save the cabin from the rising tide. Three galvanized-steel legs were elevated and painted in a way to deal with the salty air. You can also see a staircase with symmetrical flights on the side of the cabin. 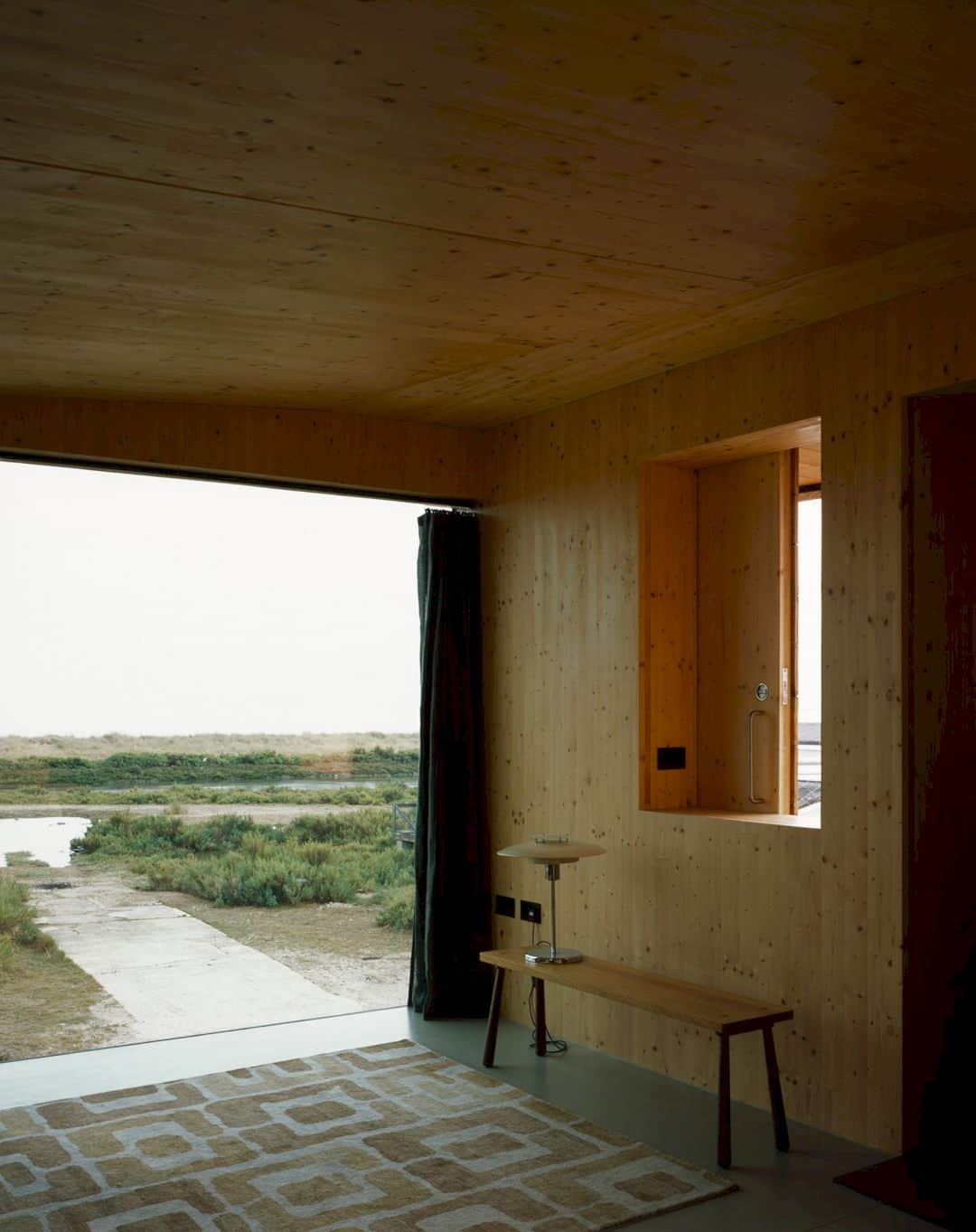 The staircase leads to a decked terrace where a small hall is located. The small hall allows you to access the bedroom and a wet room. The area is separated by the hall from the living space containing a kitchen and wood-burning stove. 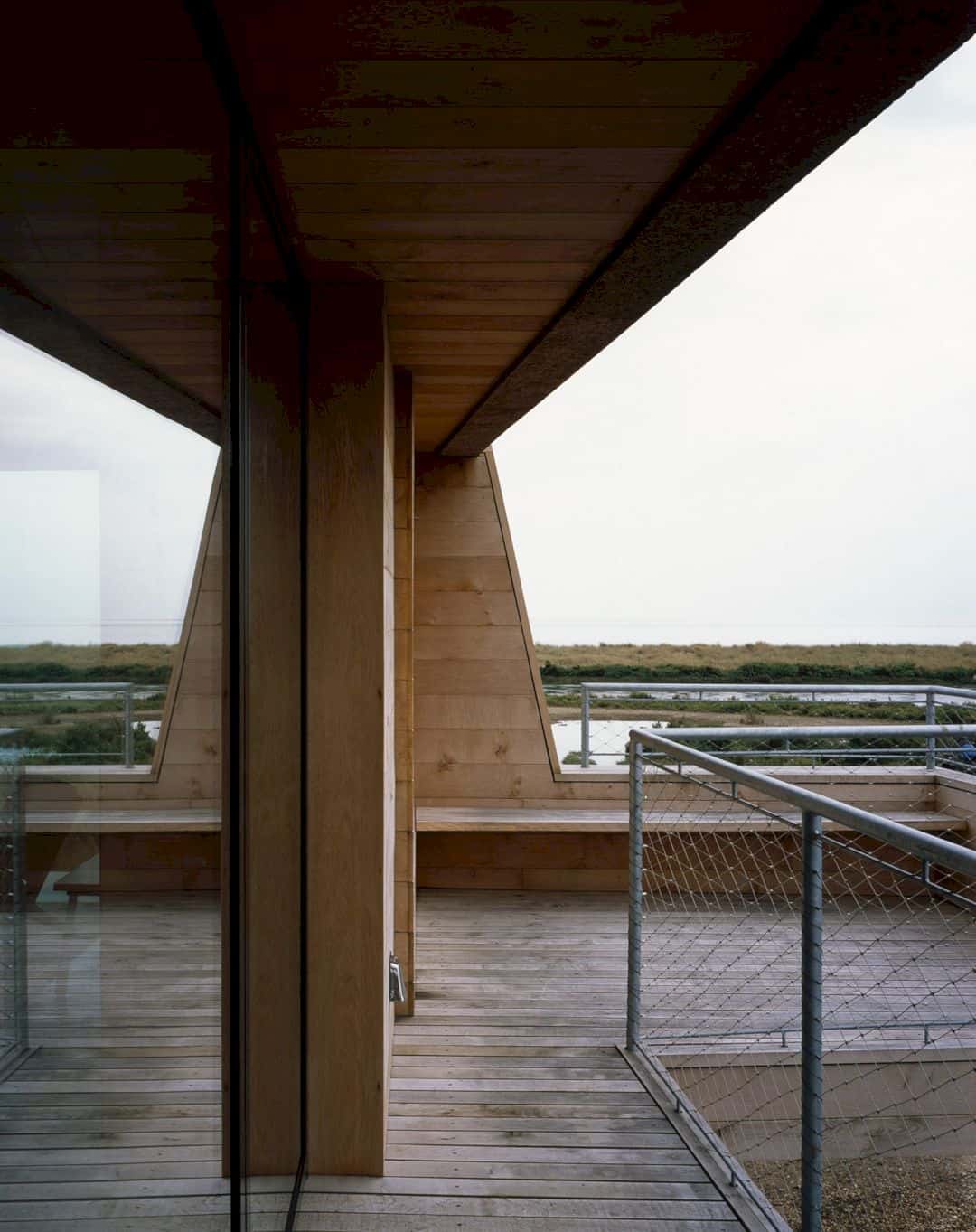 A large window was incorporated into the southern elevation that overlooks the shingle bank and the sea. Other openings are thoroughly arranged to avoid overlooking the surrounding properties. This concept allows the homeowner to have some privacy as well. 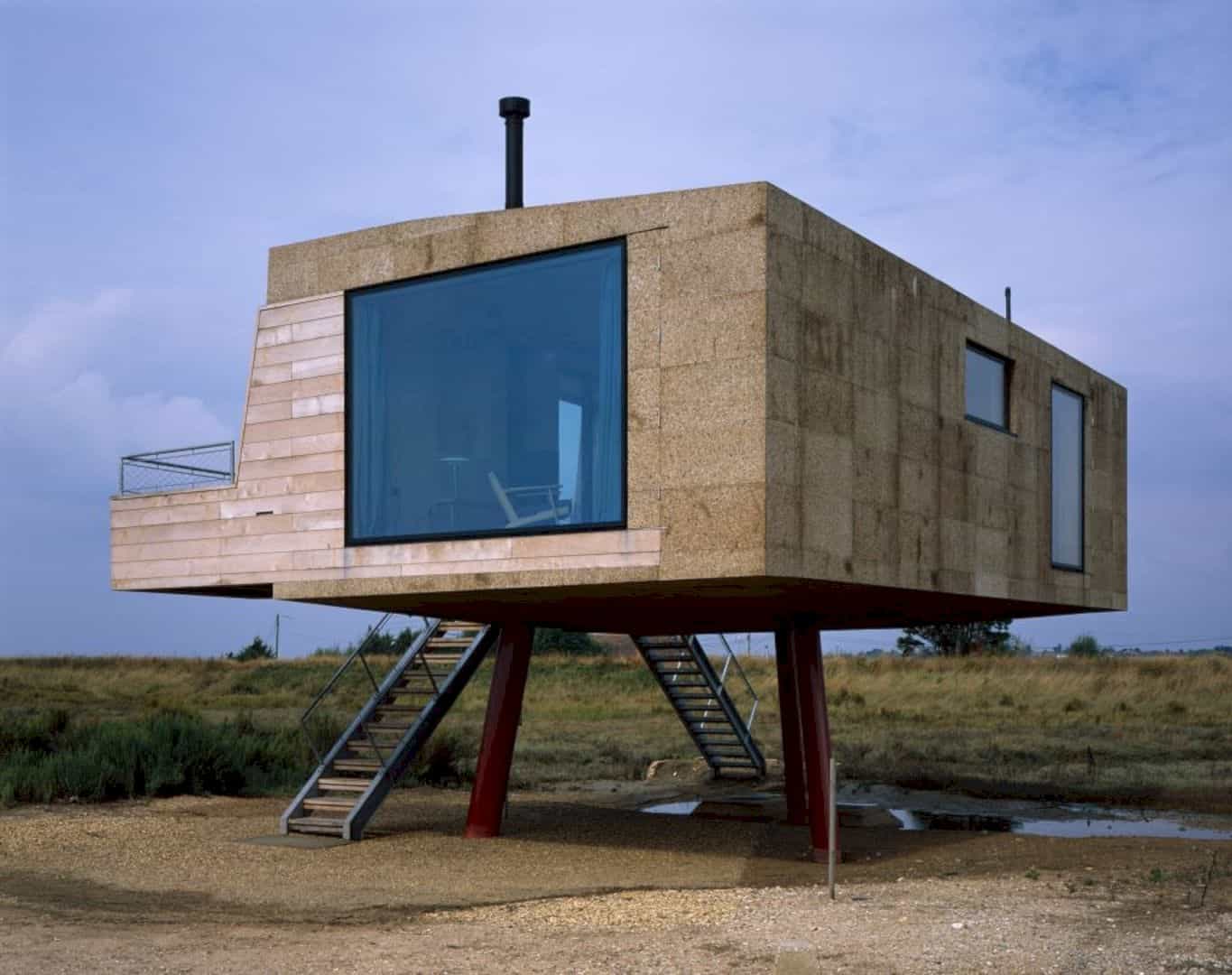 The cabin has significant features to provide the key sources of inspiration. The said features include wind turbines and the armed tower built in the Thames during the World War II. The painted pillars of the cabin were inspired by the red legs of the redshank known as a wading bird found in the salt marsh. Another feature which is significant in this cabin is the Cross-laminated timber panels prefabricated to reduce time spent on the site and offer a natural finish.