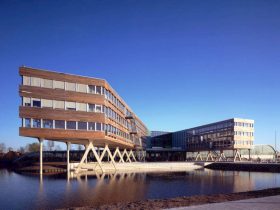 This 15,000 m2 ongoing project offers an awesome library that will provide a forward-thinking platform for influencing its surroundings. This new library building will be located by the Tap Seac square in the historical center of Macau, situated on the site of the former Hotel Estoril. Started in 2020, Macau Central Library is designed by mecanoo with a facade inspired by the former modernist design of the hotel. 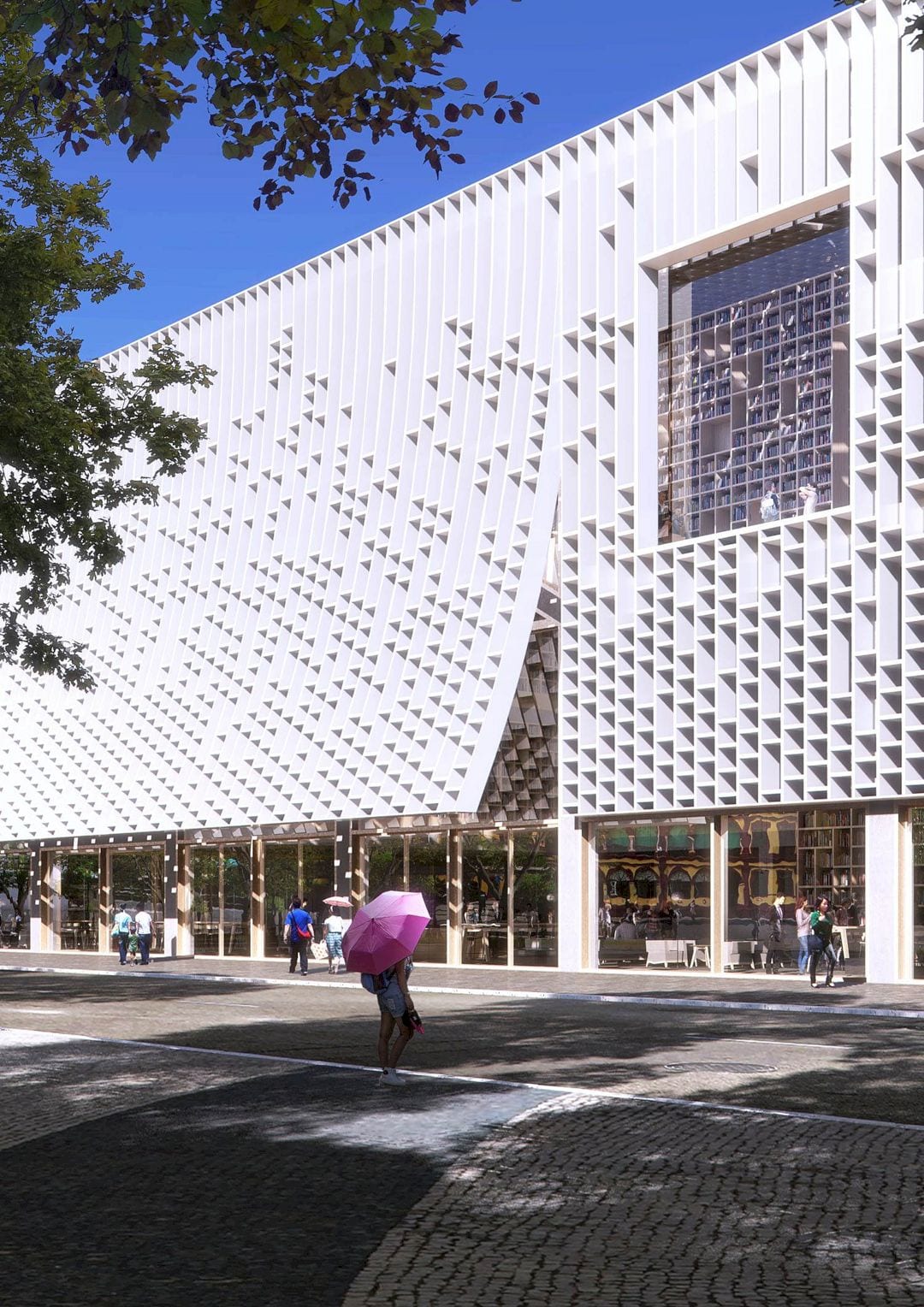 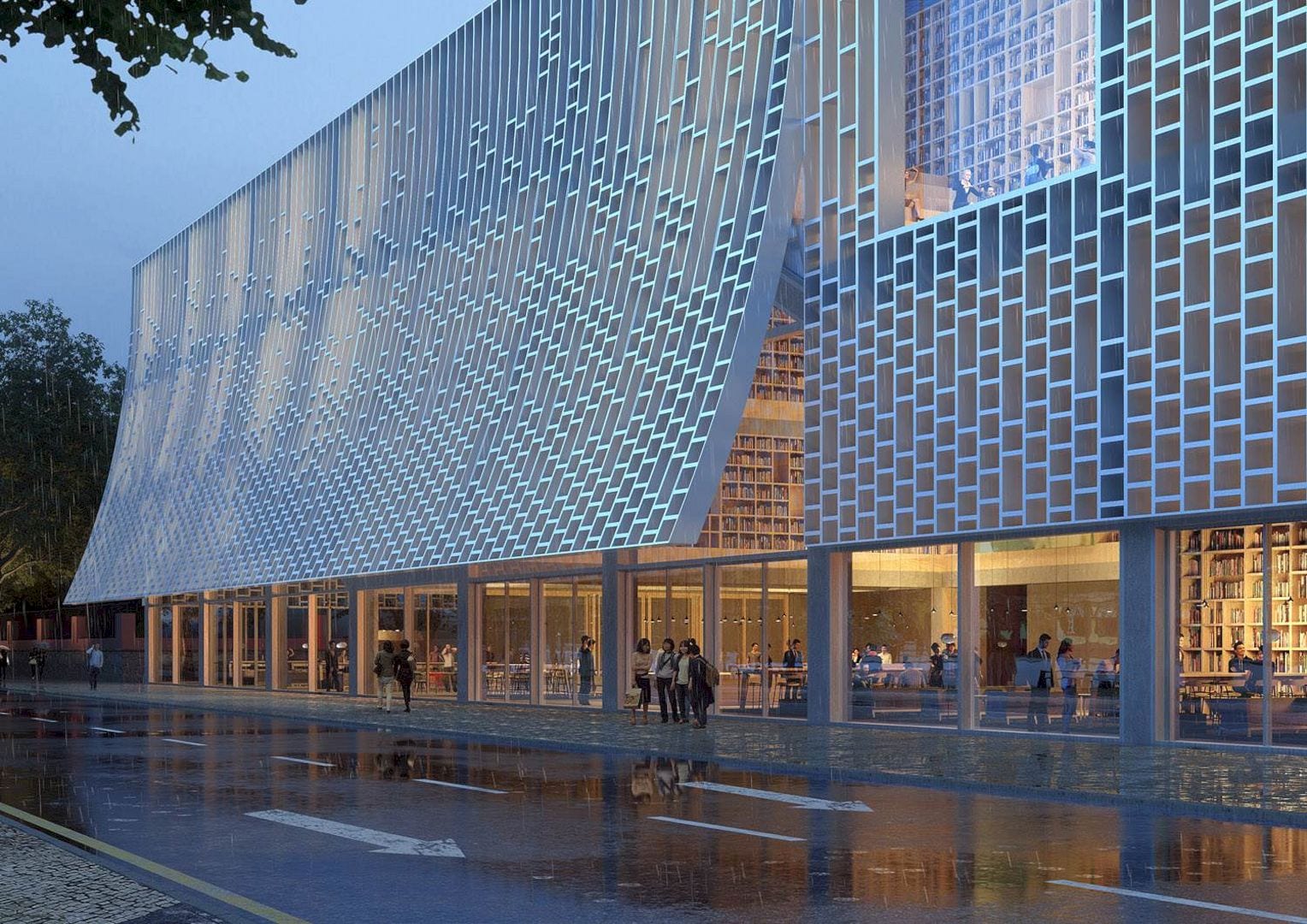 This new building sits in a UNESCO World Heritage Site and situated on the former Hotel Estoril’s site that designed by Macau- born Portuguese architect named Alfredo Victor Jorge Álvares. This site was the first casino resort in Macau, opened in 1962 and it has been vacant since the 1990s.

It is a dynamic library building that is continually changing with a contemporary structure within a traditional context. It has an adjacent square that will become the library’s integral part to create an activated public realm. This public realm will encourage all visitors to use the library’s public amenities. 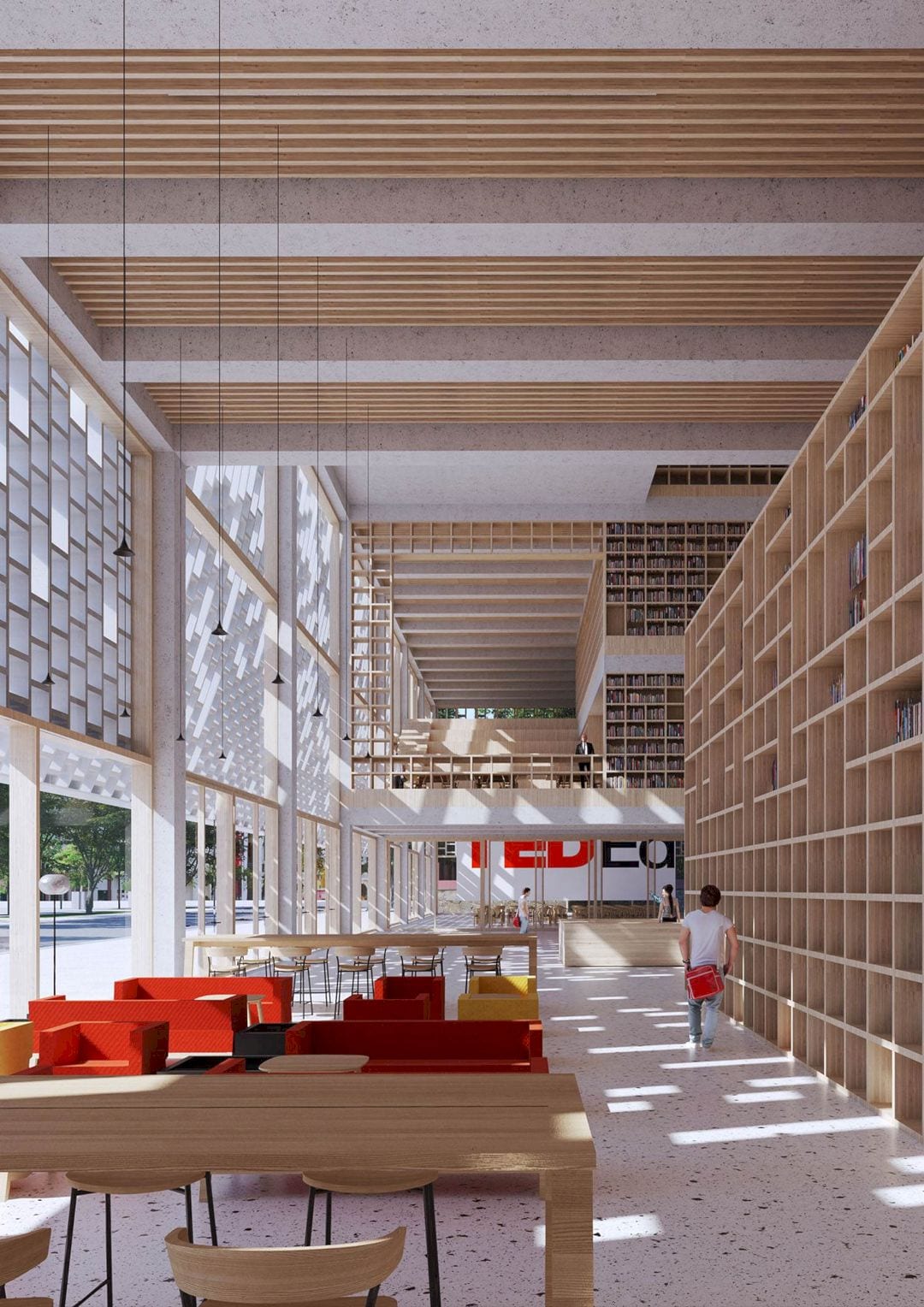 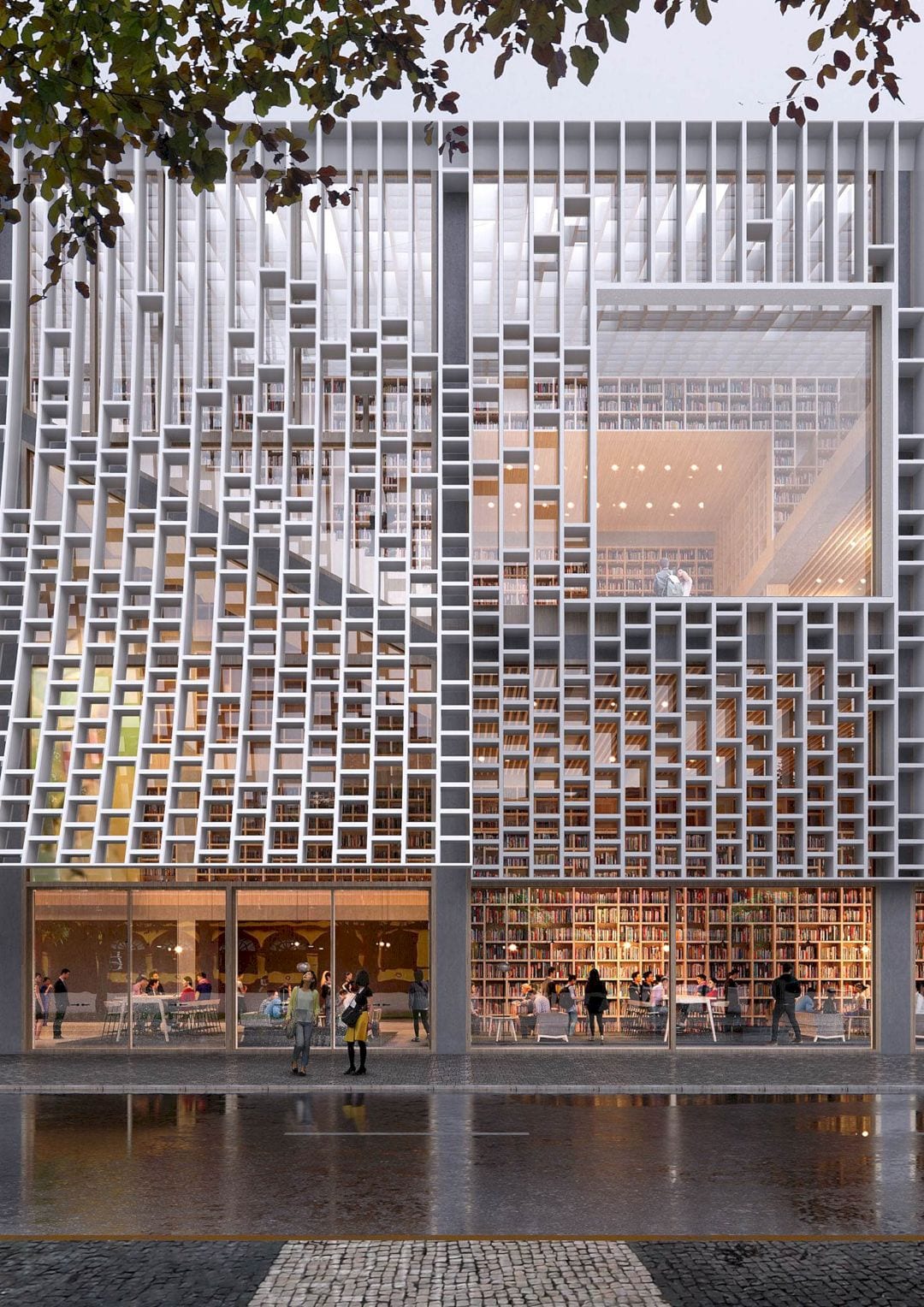 This library has an awesome facade that designed and inspired by the former modernist design of Hotel Estoril by creating a controlled indoor climate and filtering the warm light. The play of shadow and light is projected onto the library’s walls and floor.

The uniform facade and volume of the library are defined by the continuous ‘L’ shape. This shape helps the library to define its square. From the inside out, the pattern of the facade acts as a bookshelves’ extension from the stack to the protective shell.

The uniform skin of the facade wraps the volume of the library and it opens up like a page of a book to the building’s main entrance. It is a welcoming gesture that used as an essential part of the relationship between square and library. 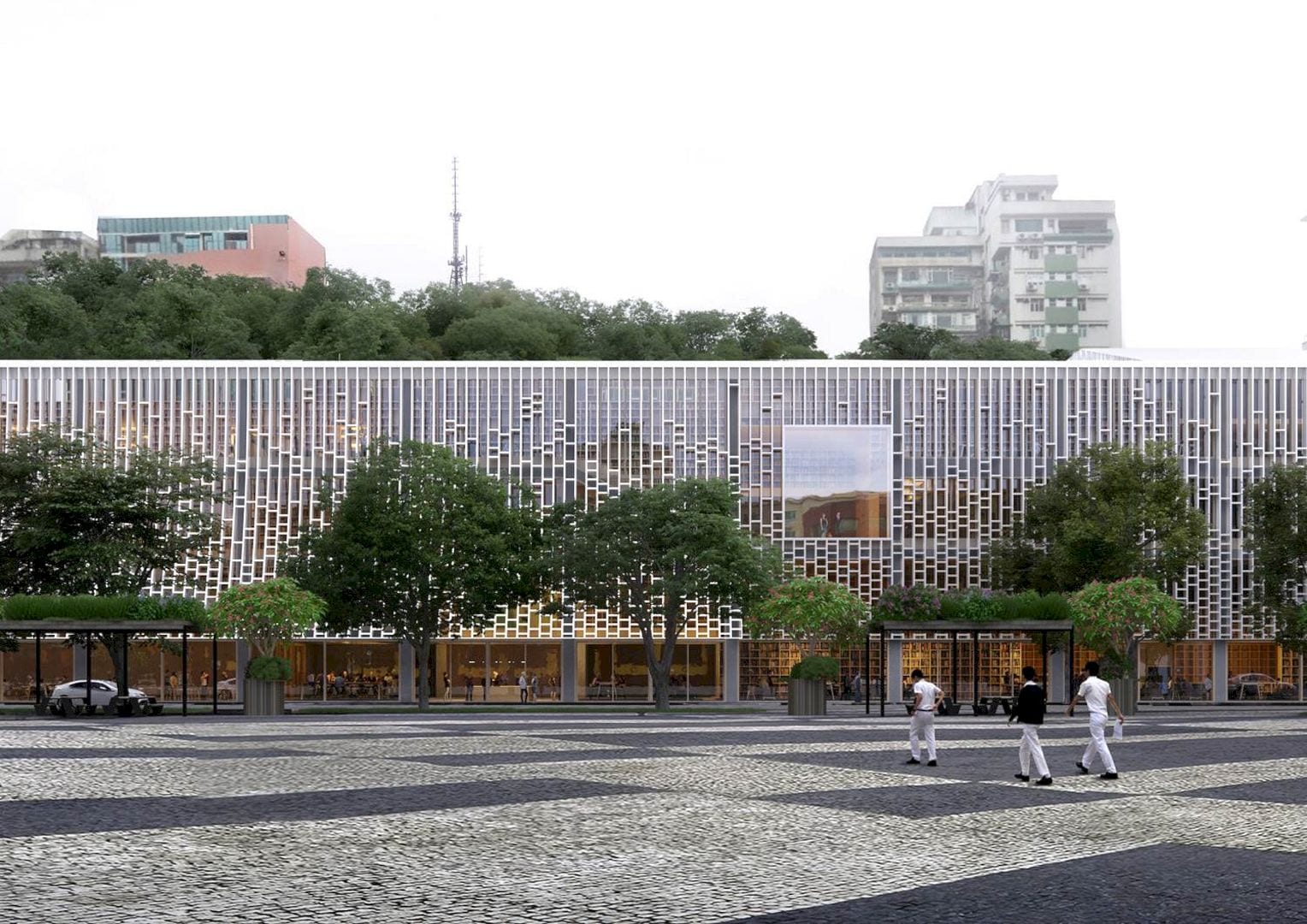 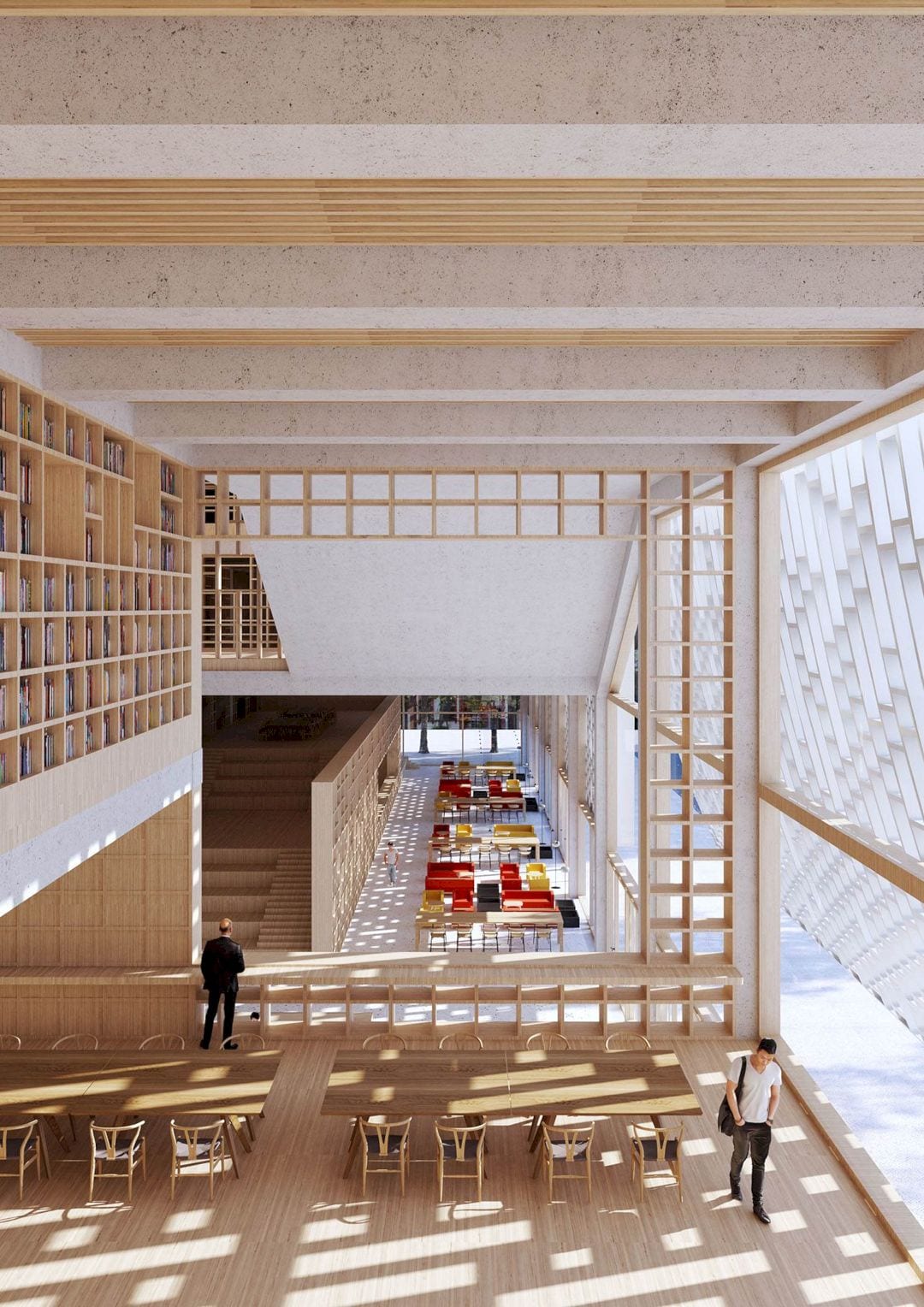 The design proposal of the architect in this project is around the idea of creating a journey that started at the city level via the Tap Seac Square and continues through a series of interconnected spaces. The visitors are leading to the large reading rooms at the top level of the building.

Designed by the Italian sculptor Oseo Acconci, there is a futurist mural depicting Fortuna. Fortuna is the Roman goddess of chance. This mural is preserved and integrated into the new lobby to welcoming all visitors. 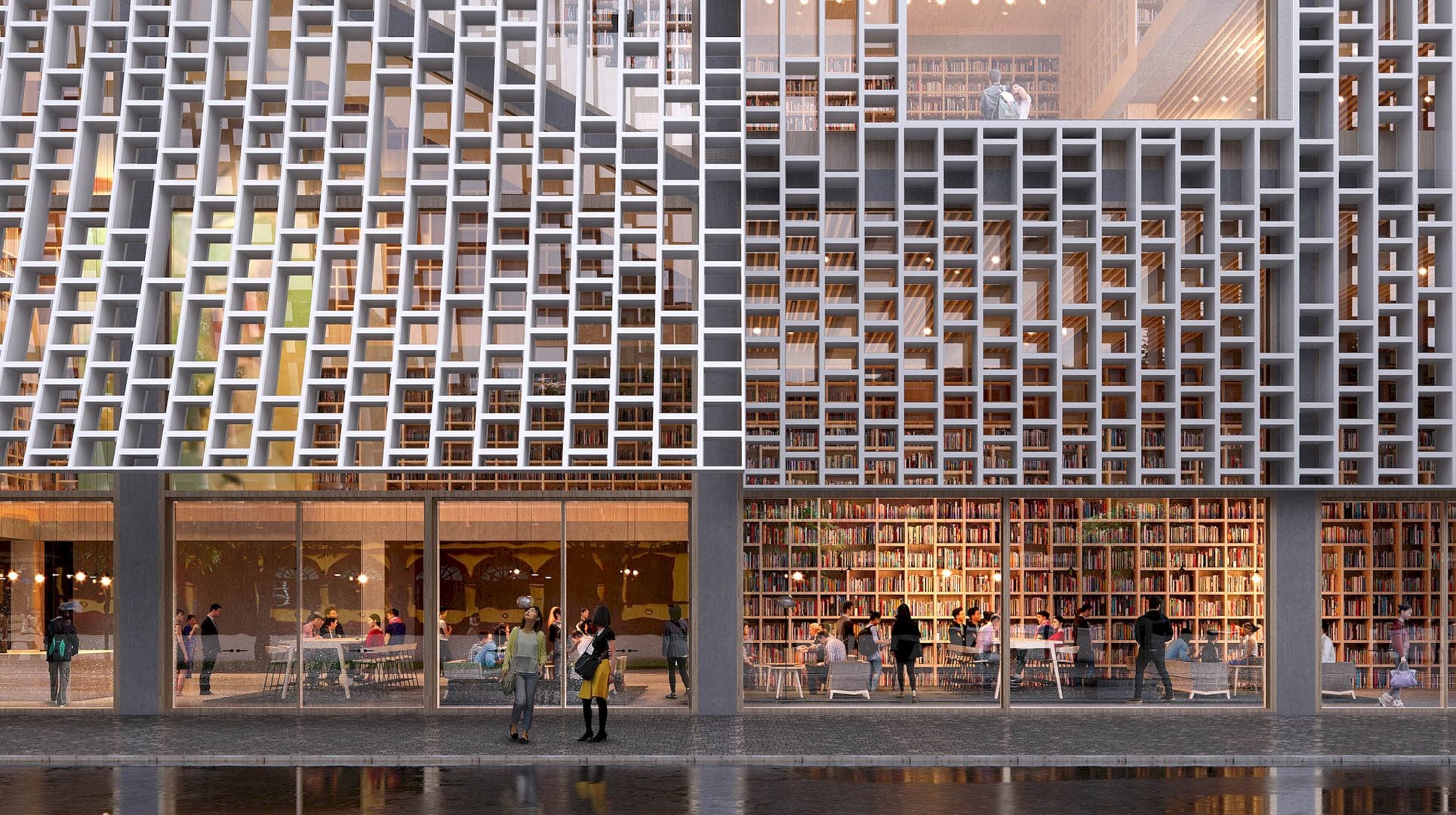 There is a soaring atrium within the library that opens to the building’s uppermost levels. This atrium allows all visitors to orient themselves to the activities within. This atrium is also inspiring them to move upwards through the library. This new library building offers stunning views out to the Tap Seac Square and the mountain as visitors move upwards via the spacious tribunes. 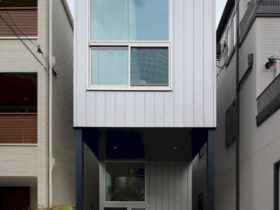 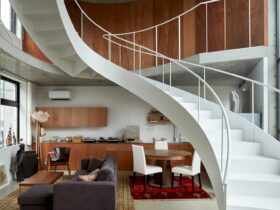 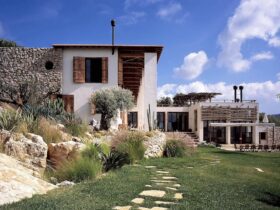 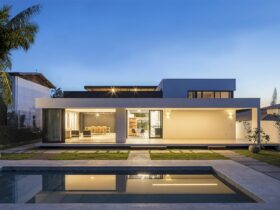 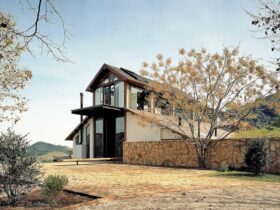 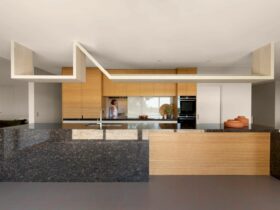 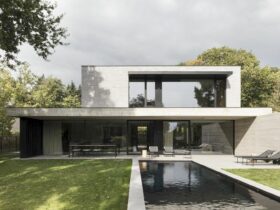 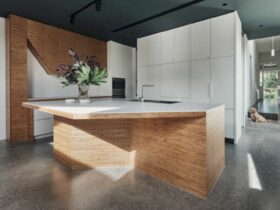 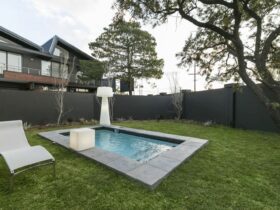