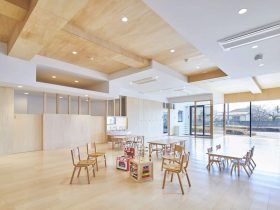 Akiruno Nursery School: A Modern Kindegarten with A Diverse and Free Space

The ambition of this project is to create a building that has a central role in the cultural life of Dallas and becomes a destination in its own right for a non-opera-going public. Winspear Opera House is designed by Foster + Partners for AT+T Performing Arts Center and finished in 2009 with 23,500m² in size. The building structure is inverted to create a series of welcoming spaces that wrap around the rich red drum of the auditorium. 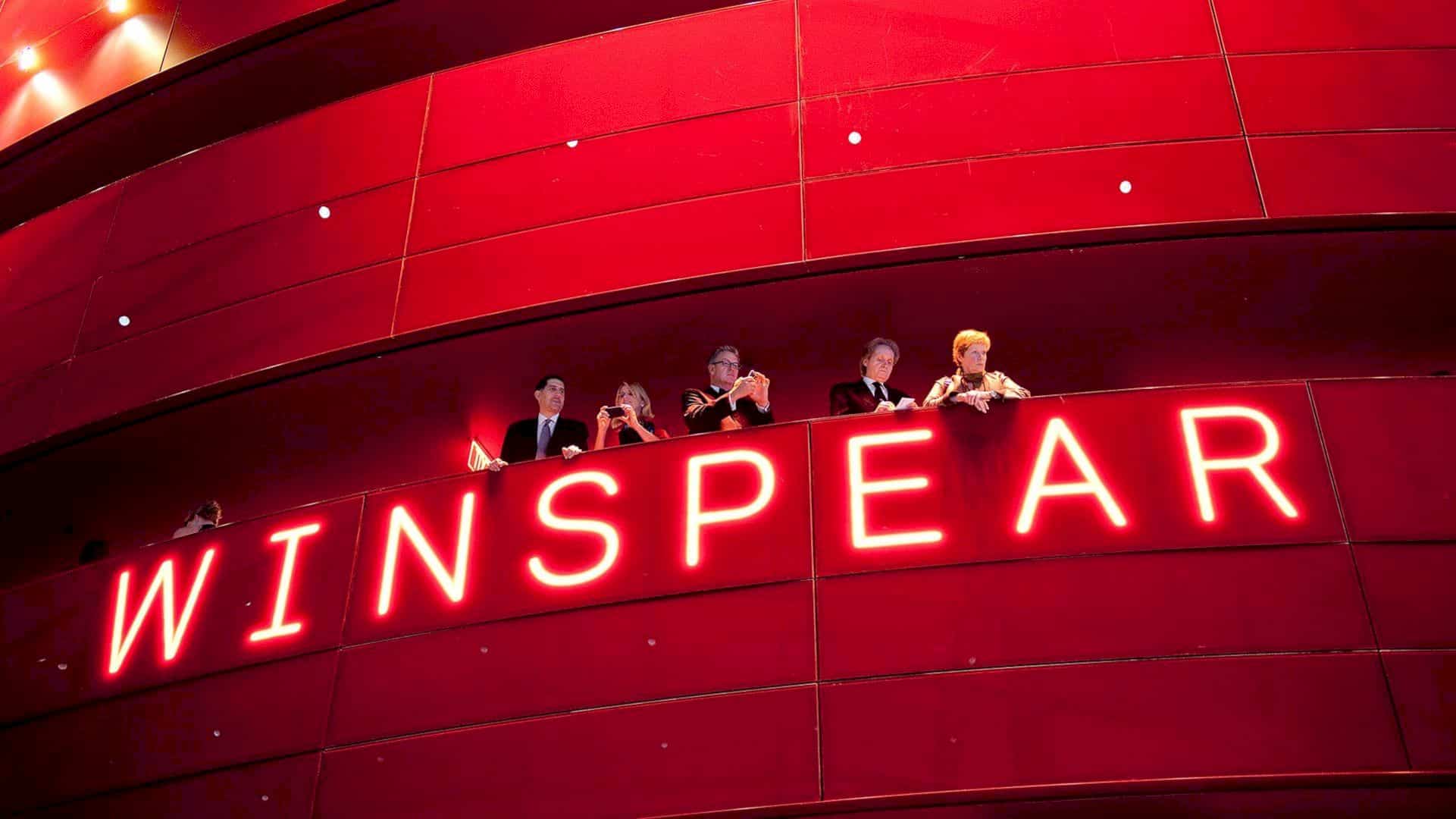 Renowned for its dedication to innovation and excellence in lyric theatre, this commitment of the Dallas Opera Company can be seen in the brief for its new home in Dallas’ Arts District. The design represents a radical rethink of the traditional operatic experience and aims to answer the nature of the opera house in the twenty-first century. 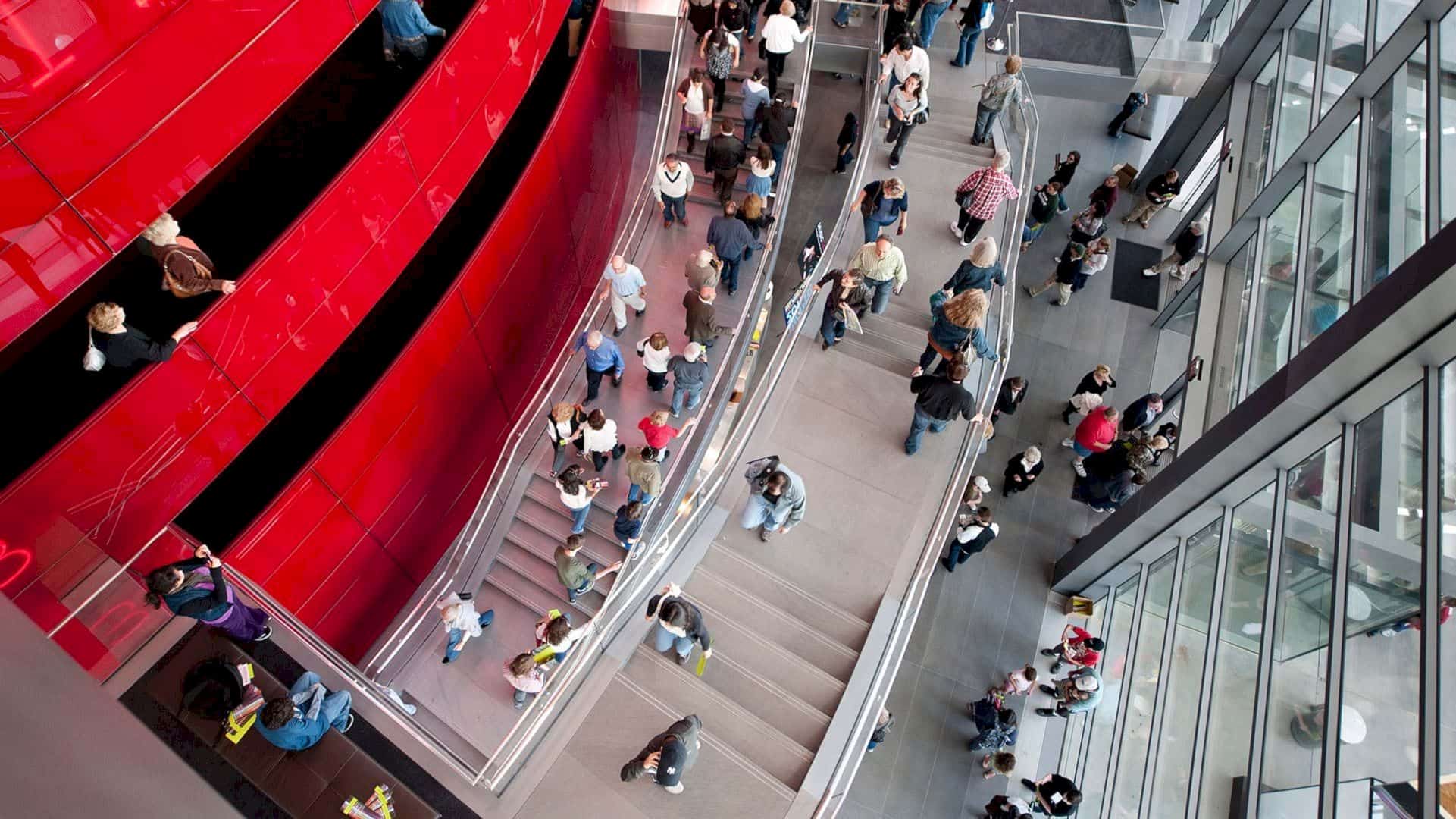 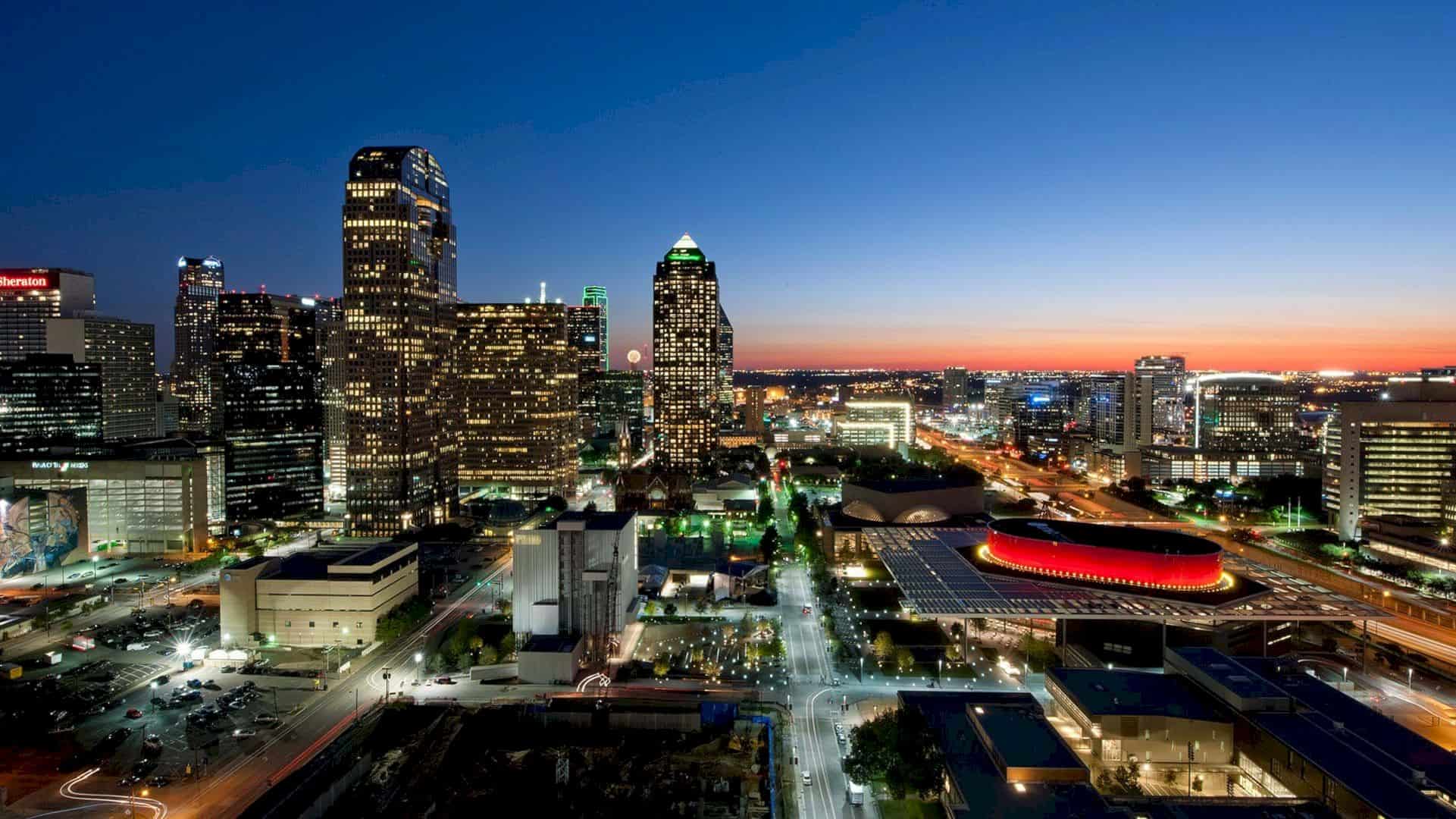 The design follows the masterplan’s practice formulation for the entire Dallas Arts District that contains buildings by three other Pritzker Prize winners: Renzo Piano. IM Pei, and Rem Koolhaas. This way also provides a venue for everything, including visual and performing arts, outdoor festivals and concerts, and youth education programs. 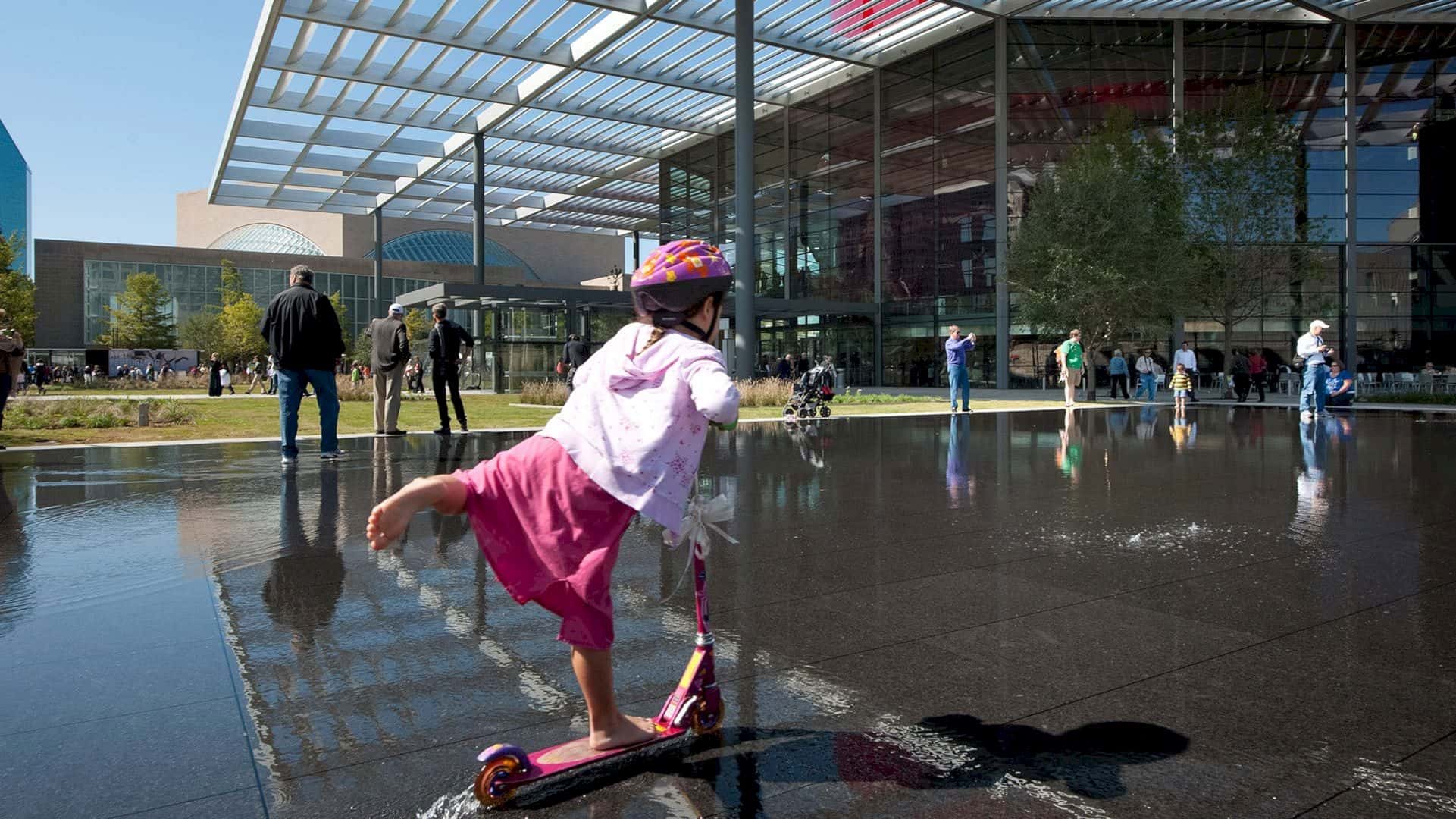 Along the ‘green spine’ of Flora Street, the new buildings are grouped while the Winspear Opera House itself faces the Annette Strauss Artist Square outdoor performance space and also provides an awesome natural focal point for the district. The traditionally closed, hierarchical structure of the opera house is inverted in this project so a series of welcoming spaces that wrap around the rich red drum of the auditorium can be created. 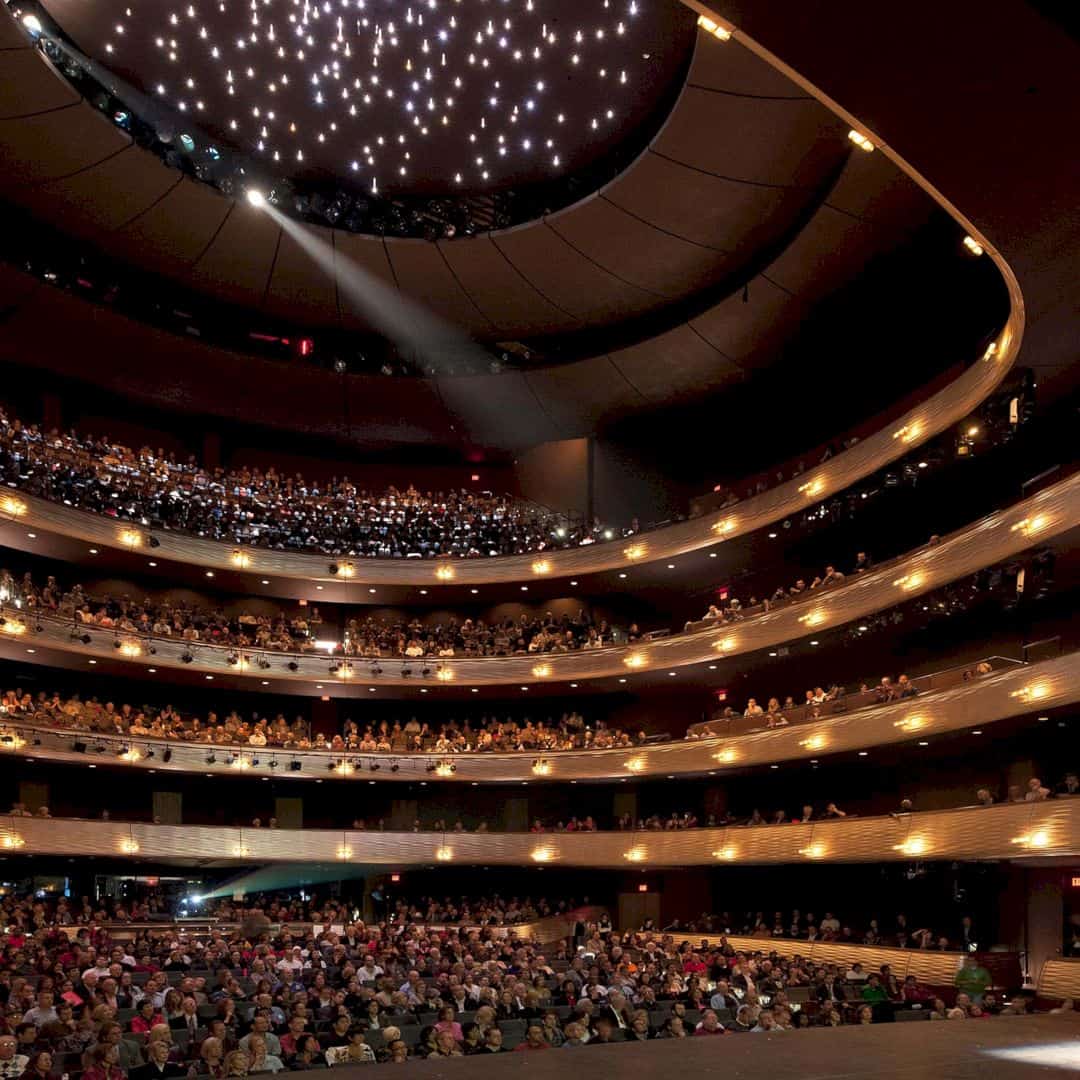 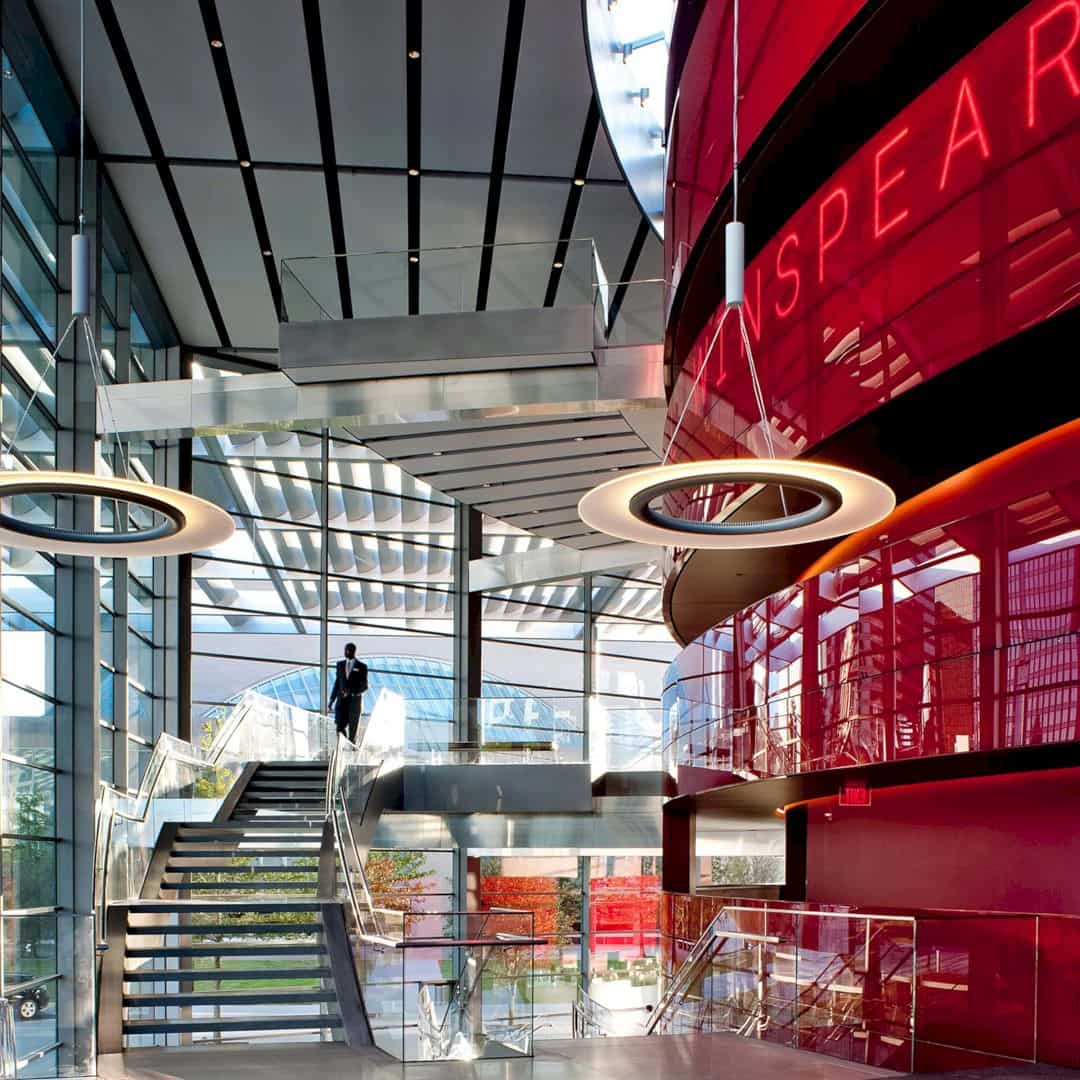 Following the horseshoe configuration, the auditorium is perfect for opera and it can seat up to 2,200 people. The acoustics have been engineered to suit musical theatre and opera. The stage itself is flexible enough to accommodate performances of ballet and also other forms of dance. 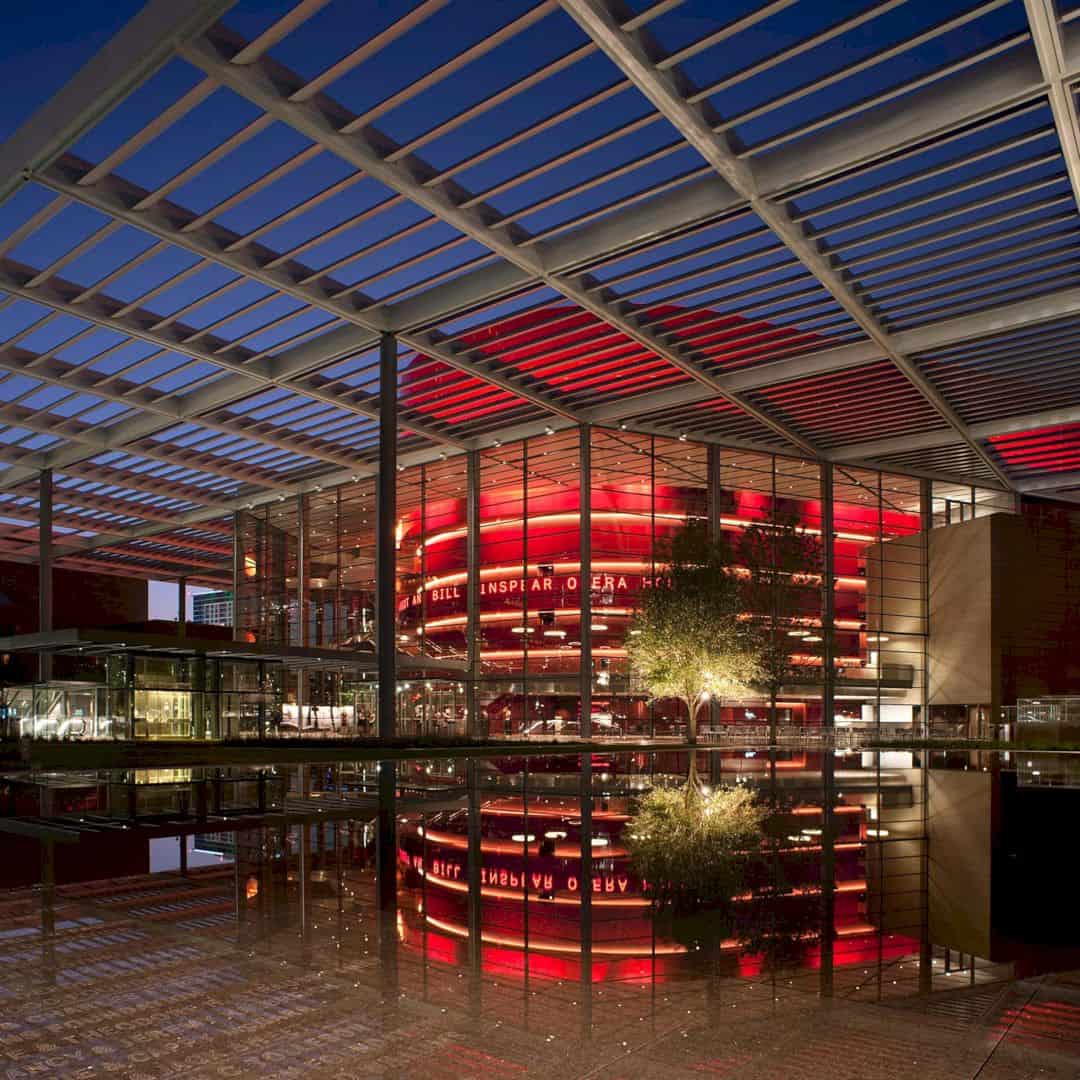 The building is transparent in elevation with the glass walls that reveal views of the concourse, grand staircase, and the upper-level foyers. There is a transition when one enters beneath a spreading canopy that shades the reception spaces. This transition from the plaza through the foyer to the auditorium is designed to heighten the drama, taking the theatre closer to the audience.