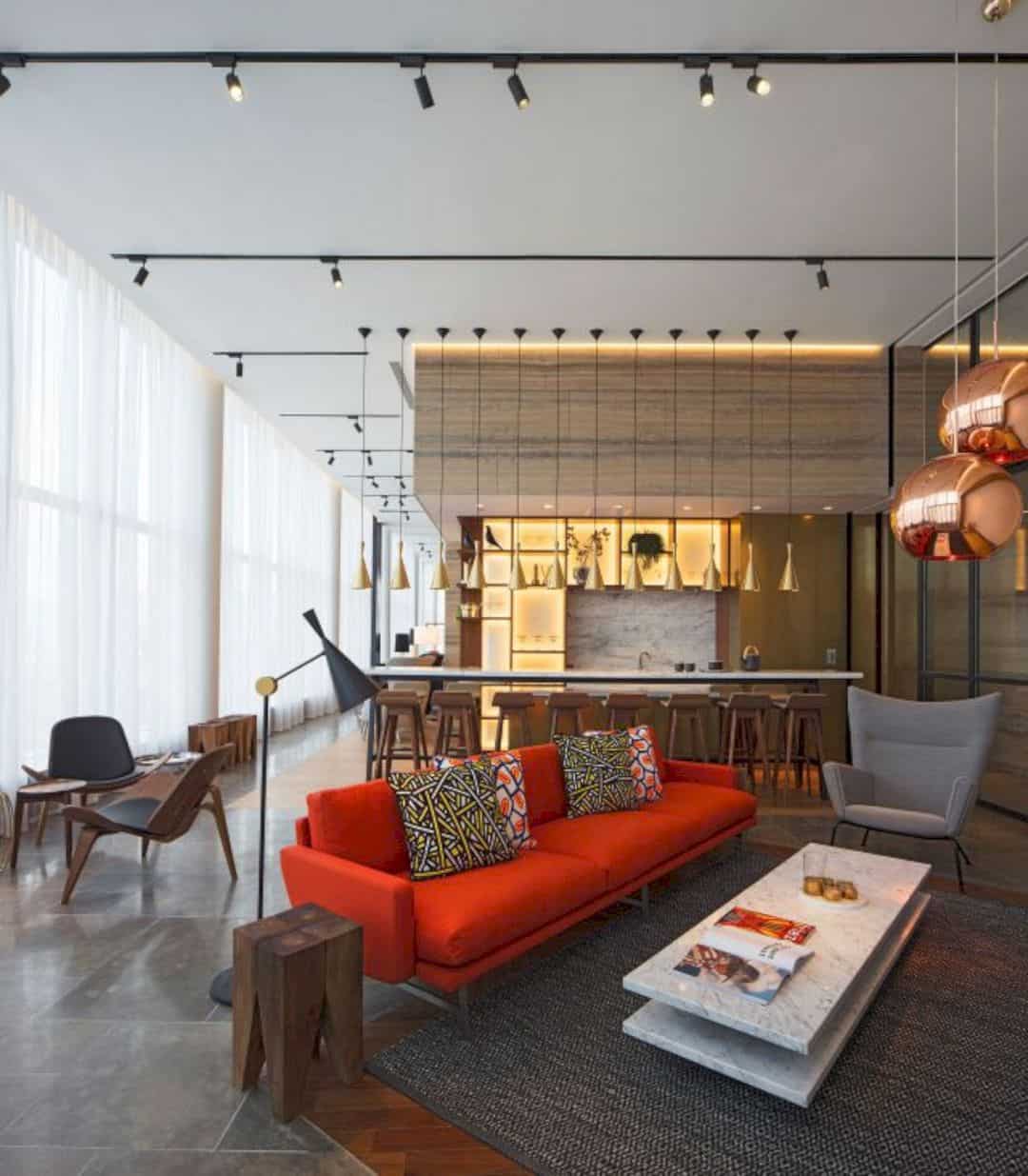 Ingenhoven Architects and Meyer Architects work together for the new building of the Institute of Organic Chemistry Heidelberg in Heidelberg, Germany. The aim of this new building project is to get a high rating according to the standards of the “Deutsche Gesellschaft für Nachhaltiges Bauen”. It offers a simple, distinctive, rectangular shape, and it is wrapped in a large screen. 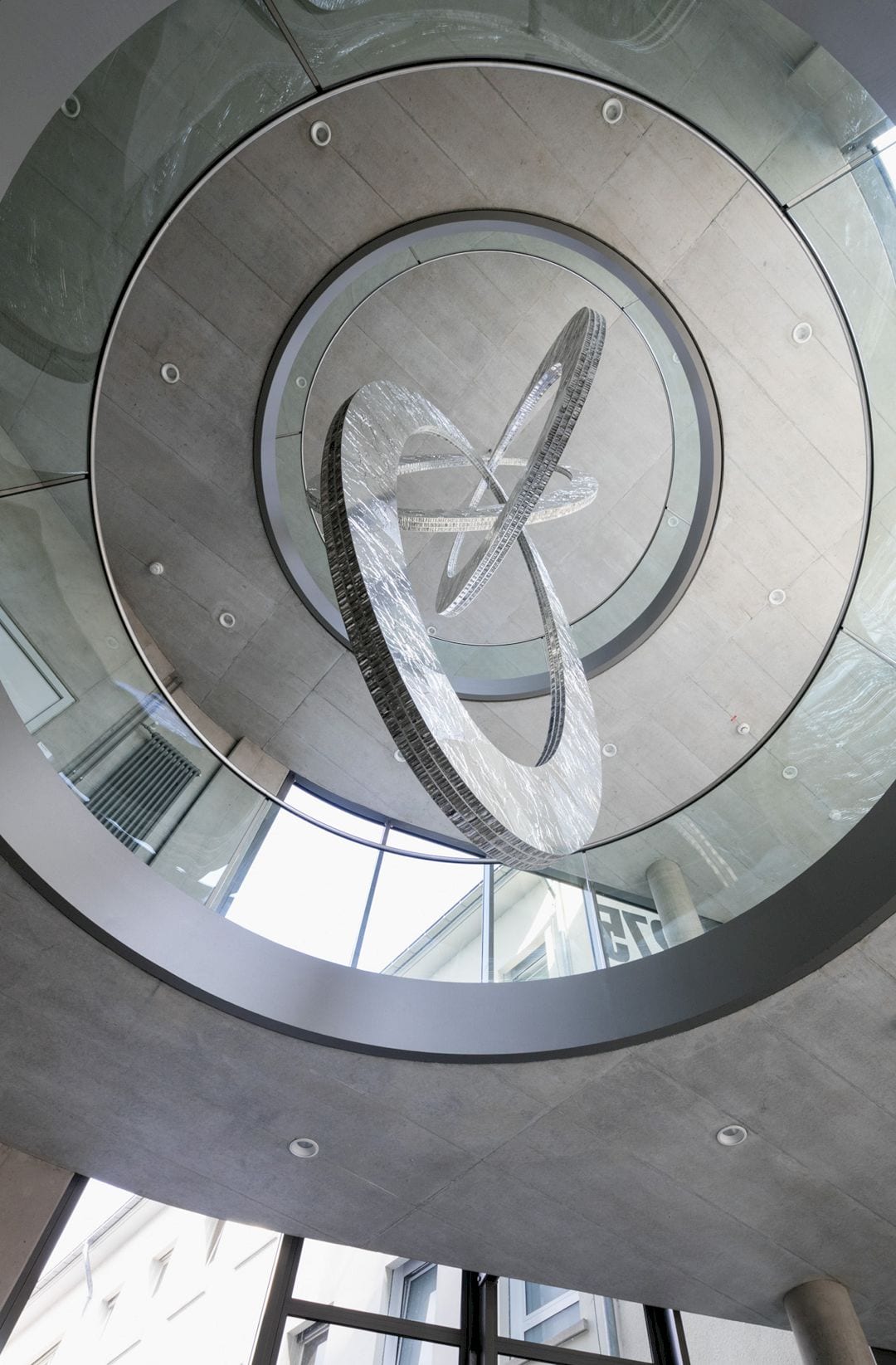 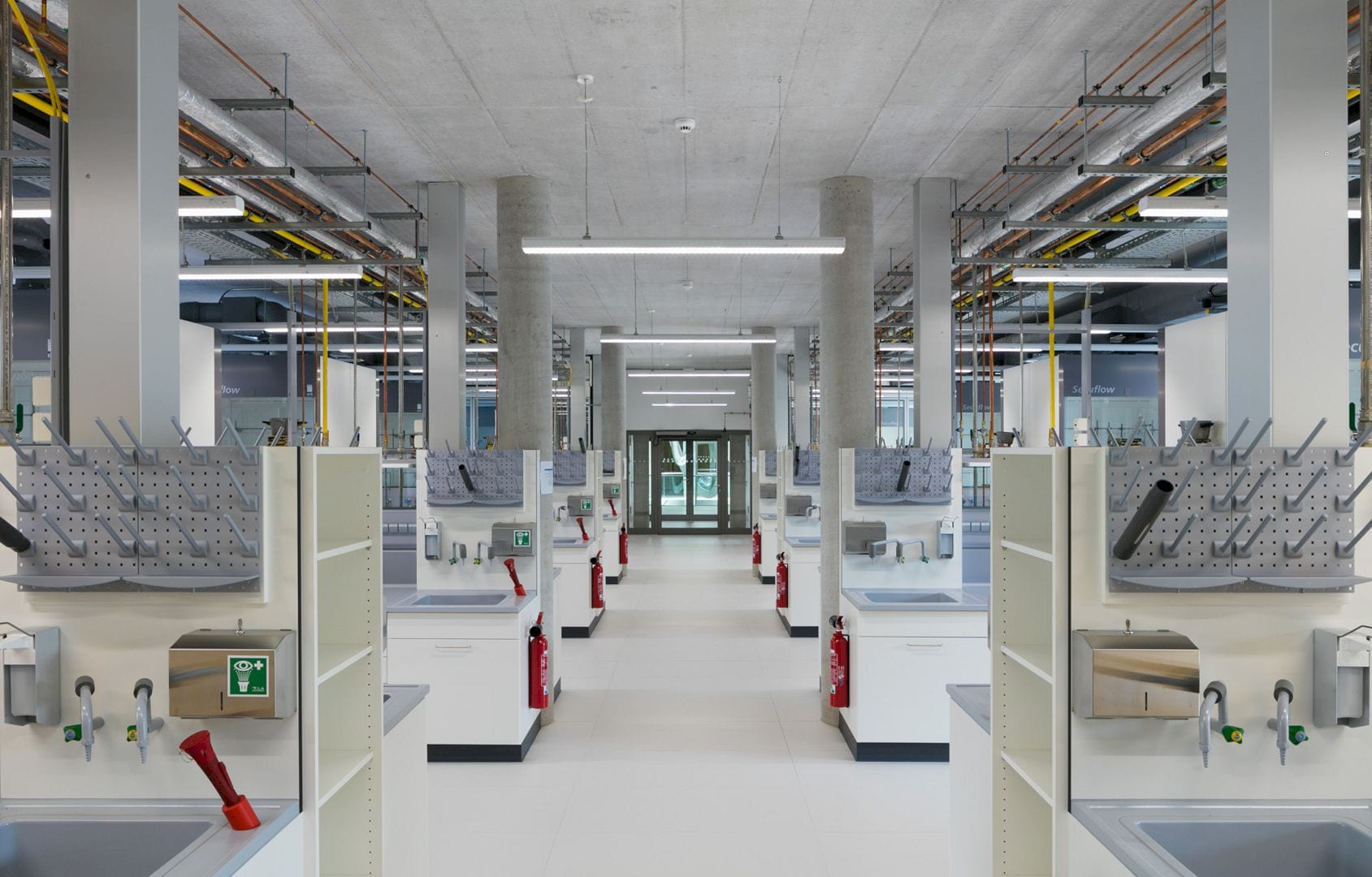 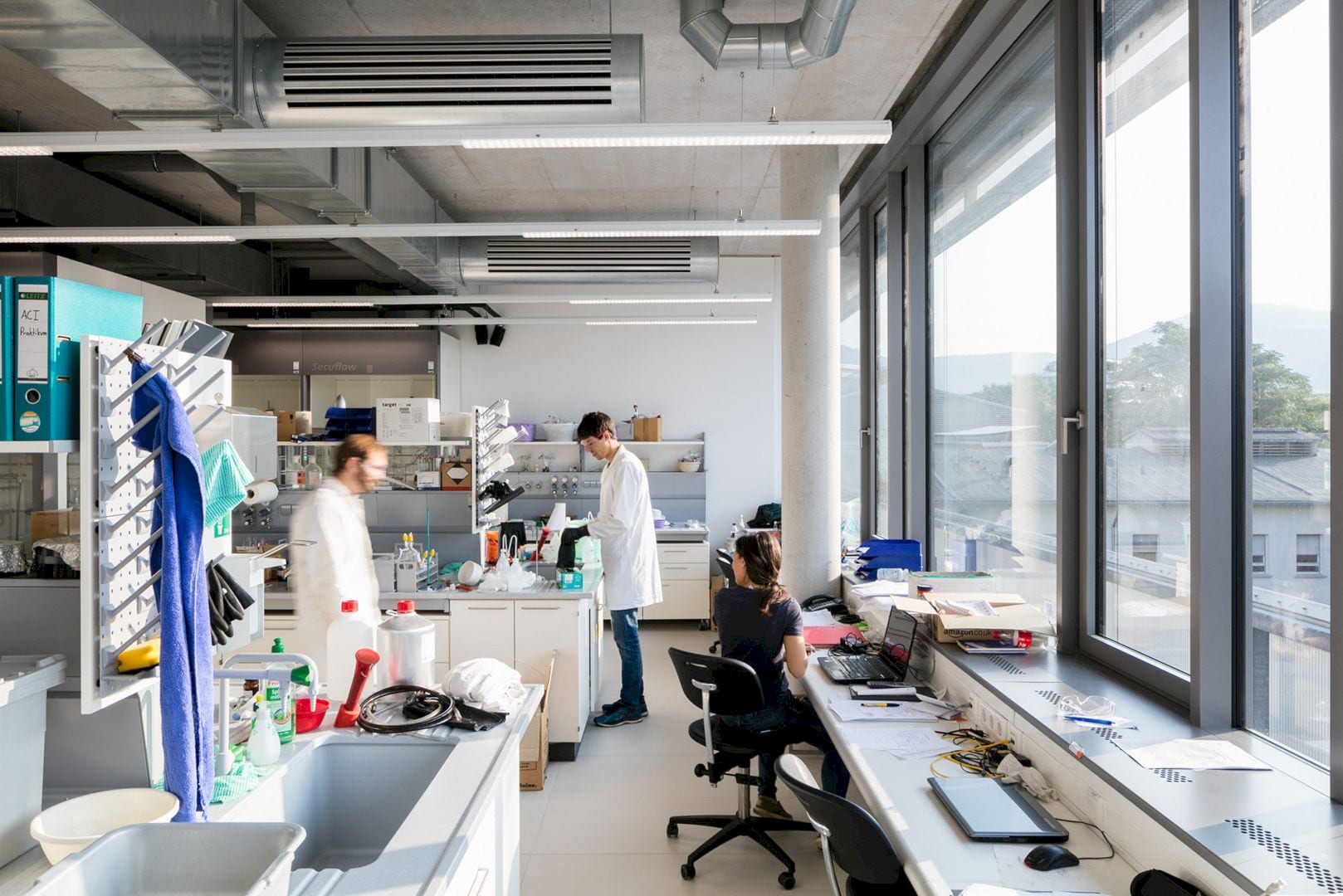 This new building is designed for the Institute of Organic Chemistry of Heidelberg University that completed in 2016. The campus’s urban design on Neuenheimer Feld is strengthened by this building, framing the pedestrian connection from the Neckar river and the view corridor. 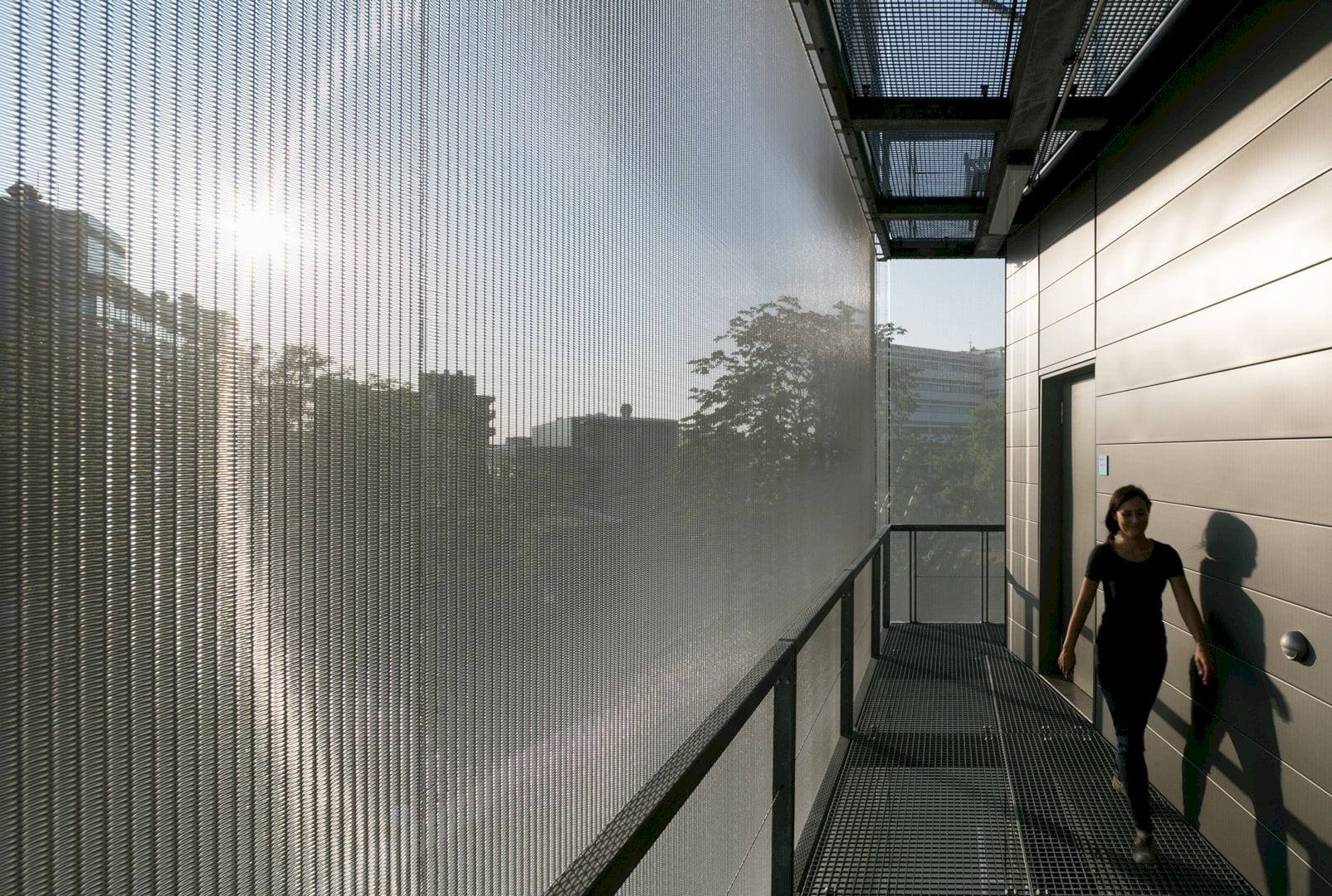 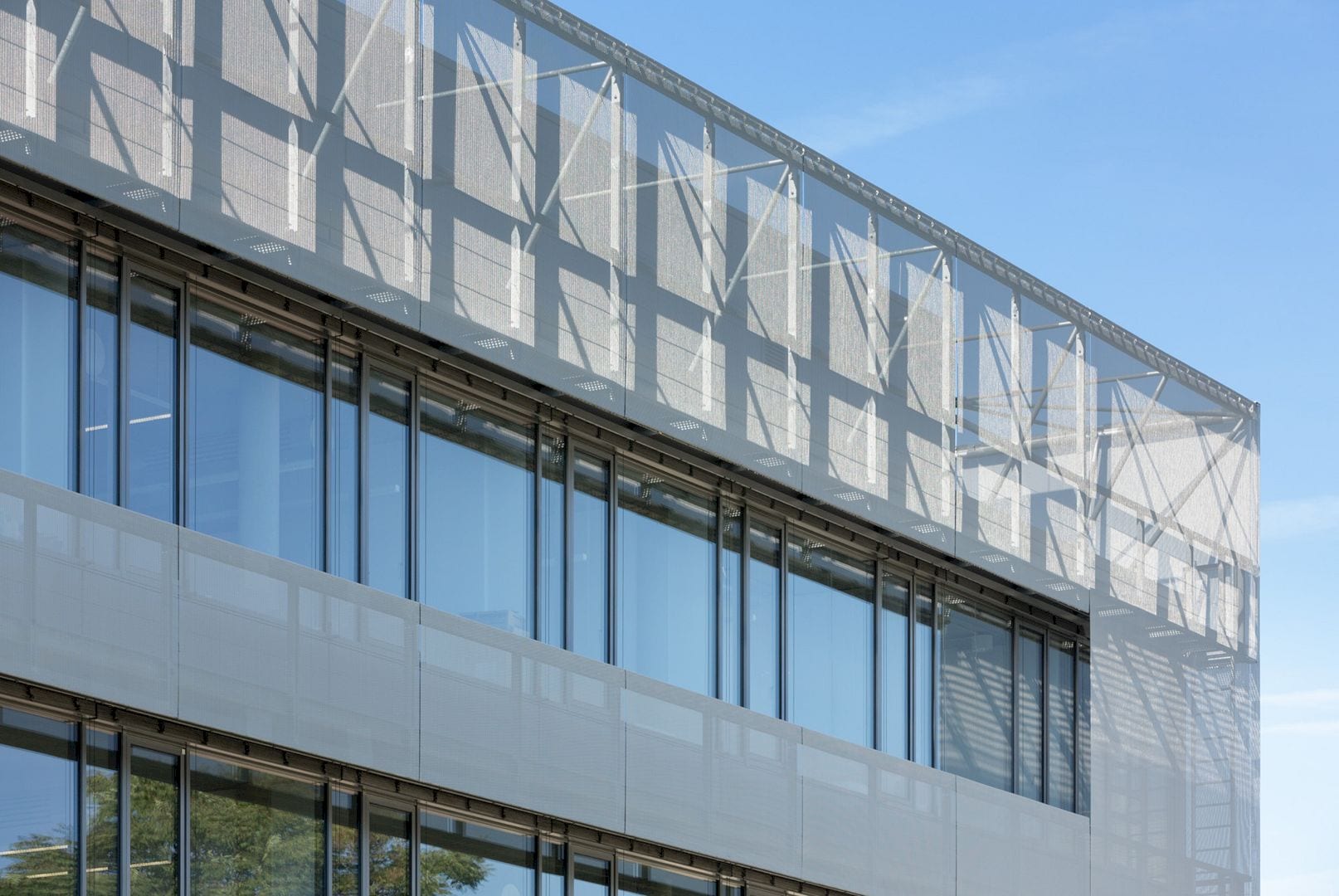 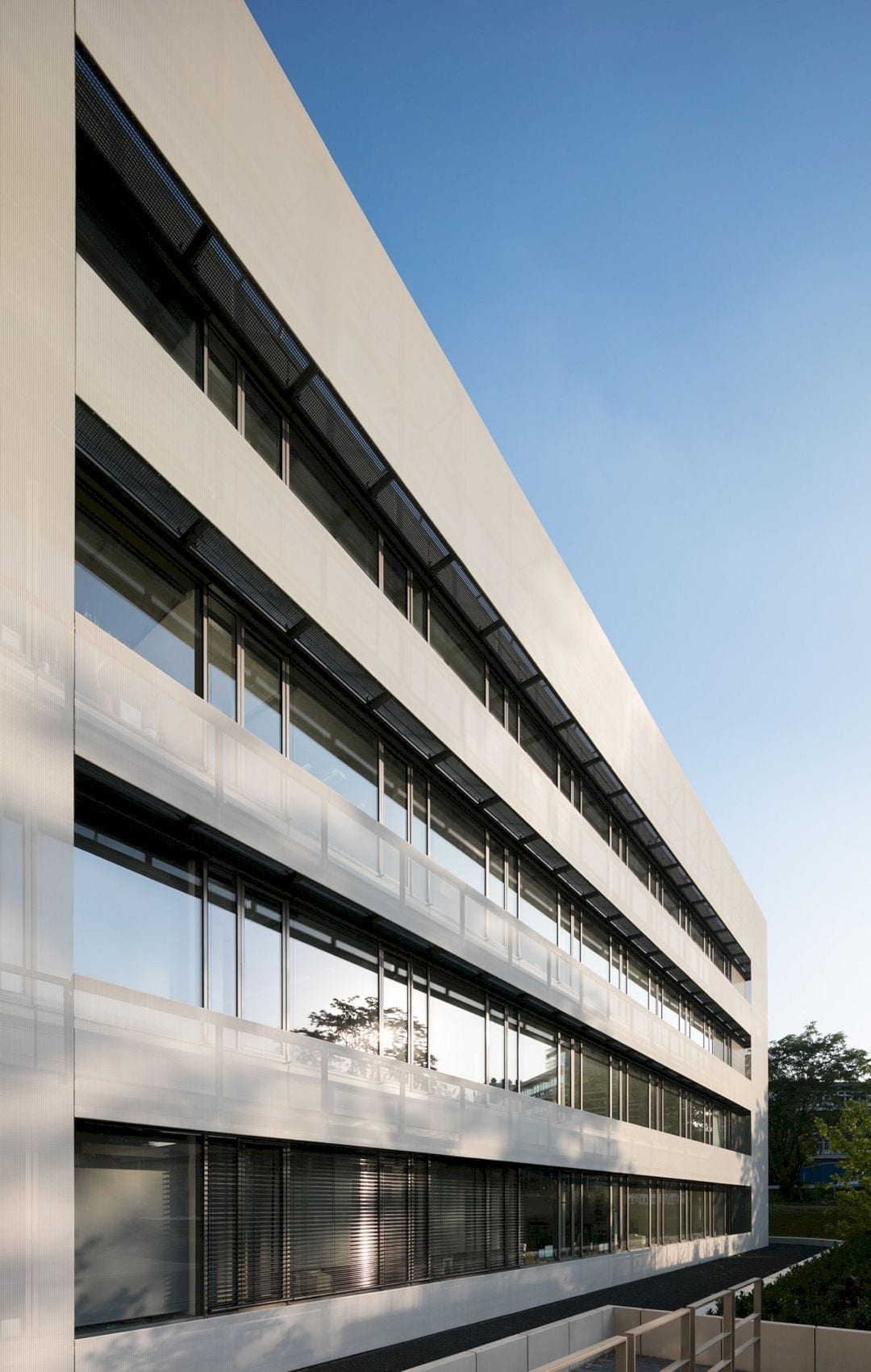 For lab work in the area of an-organic chemistry, the building is called “Building 275” which has four floors and two levels while all labs are arranged along a central corridor. People are lead by “joints” to the new building from the existing spine-building and used as a meeting point for teachers and students.

Over some floors, an opening allows for interesting visual connections at these meeting points while the labs are used for focused work and seminar rooms offer a very inviting look. 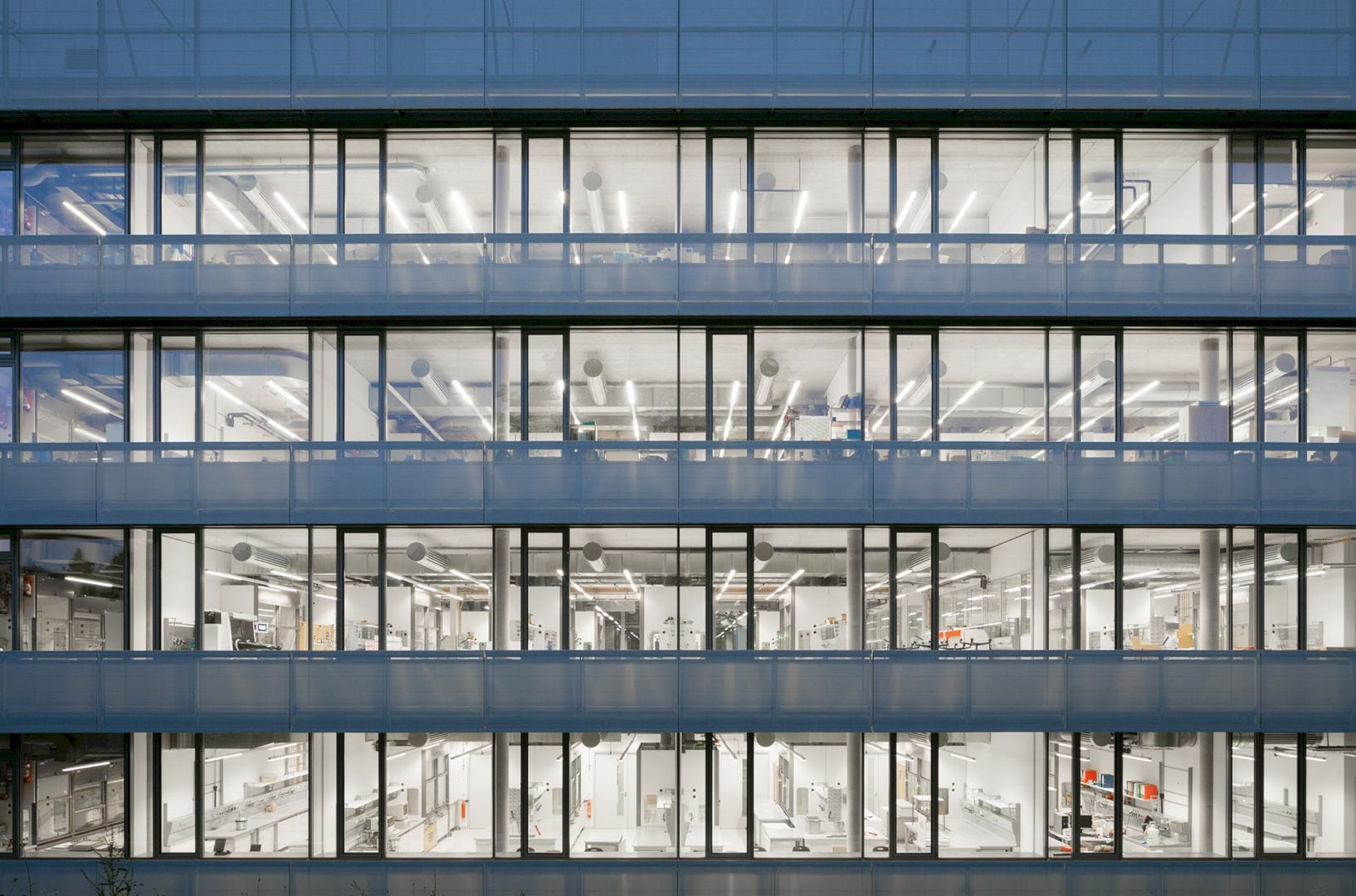 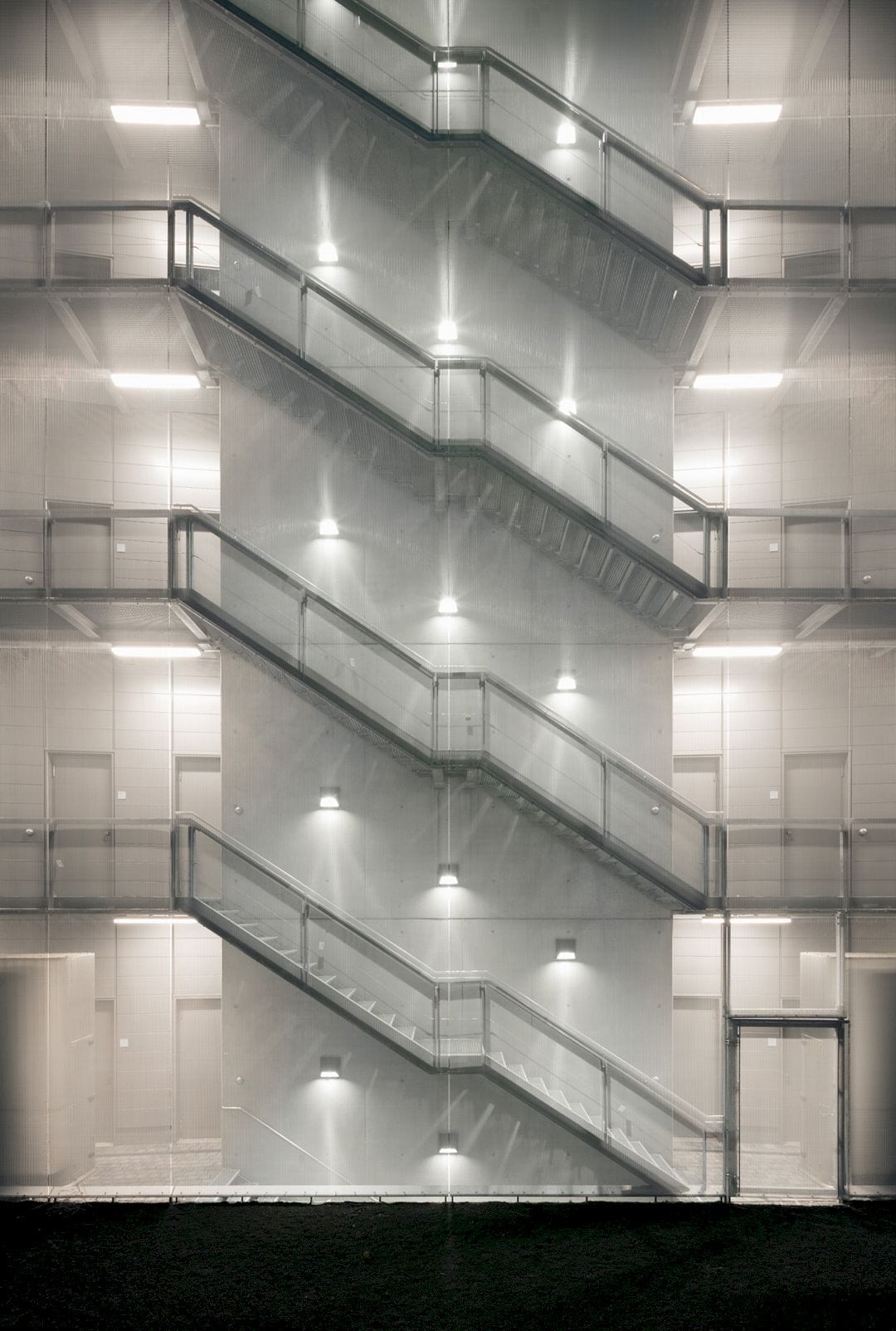 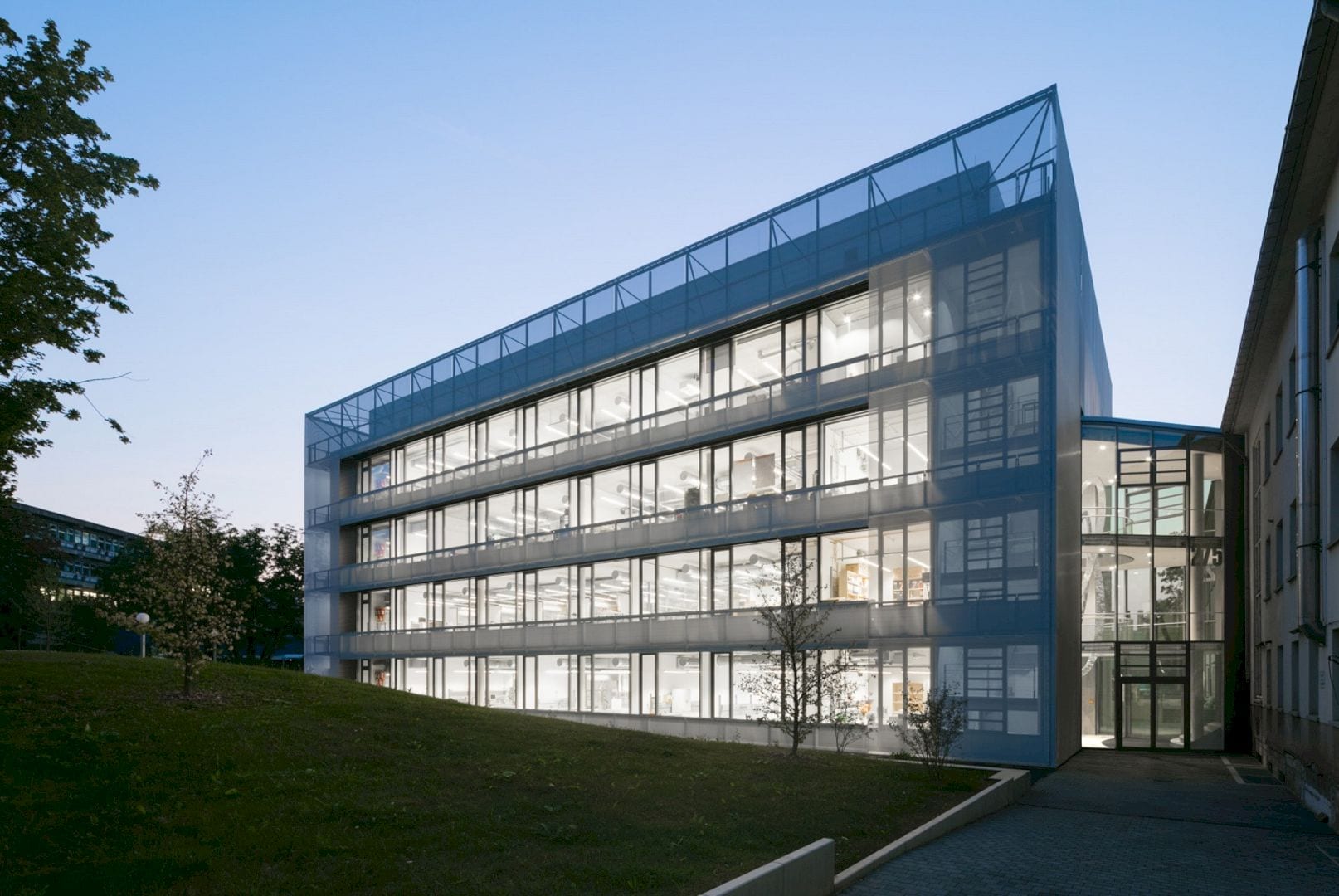 All labs inside the building are equipped similarly. There are also core at the ends of the building for the labs’ provision with different services and media. The lower floor of the building is partly covered with earth, allowing for natural light and the building blending into the garden of the campus.

A secondary facade can be found in front of the horizontal strip windows. This facade is made up of steel balconies that used for egress, giving the facade more depth. The simple, distinctive, rectangular shape of this building comes with a screen that extends over the top floor. 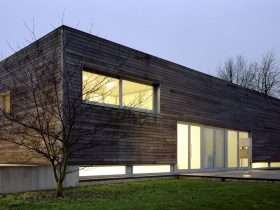 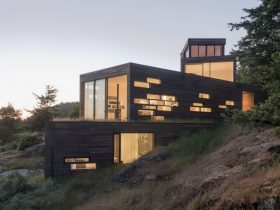 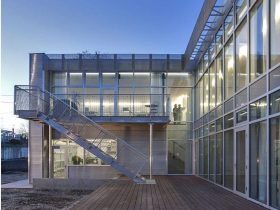 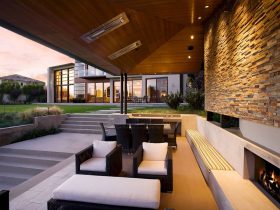 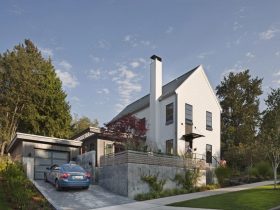