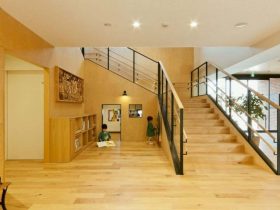 French architects from Coldefy & Associates Architects Urban Planners revealed construction plans for the world’s largest single-domed tropical greenhouse called Tropicalia. This vast indoor landscape is located in the Pas-de-Calais area in Northern France and will soon open to the public in the area. The biodome will be the home for all sorts of tropical flora and fauna under a gigantic pillar-less firmament of EFTE pressurized air cushions held up by an aluminum frame. 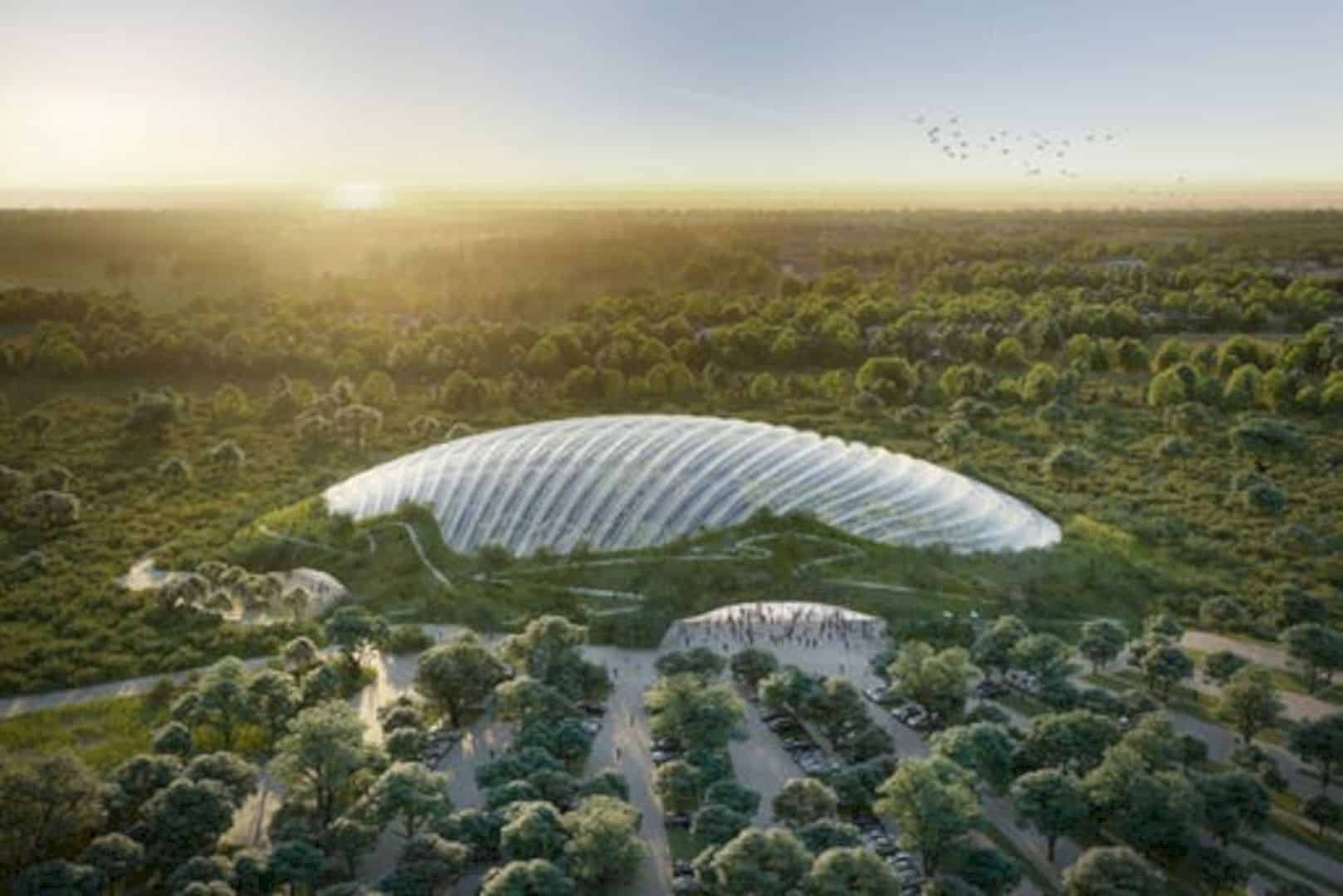 Tropicalia is a tropical biodome with 15,000 meter square in size. It is built to create a harmonious world that connects human to an exotic natural with a constant temperature of 28°C in the area known for its poor weather. 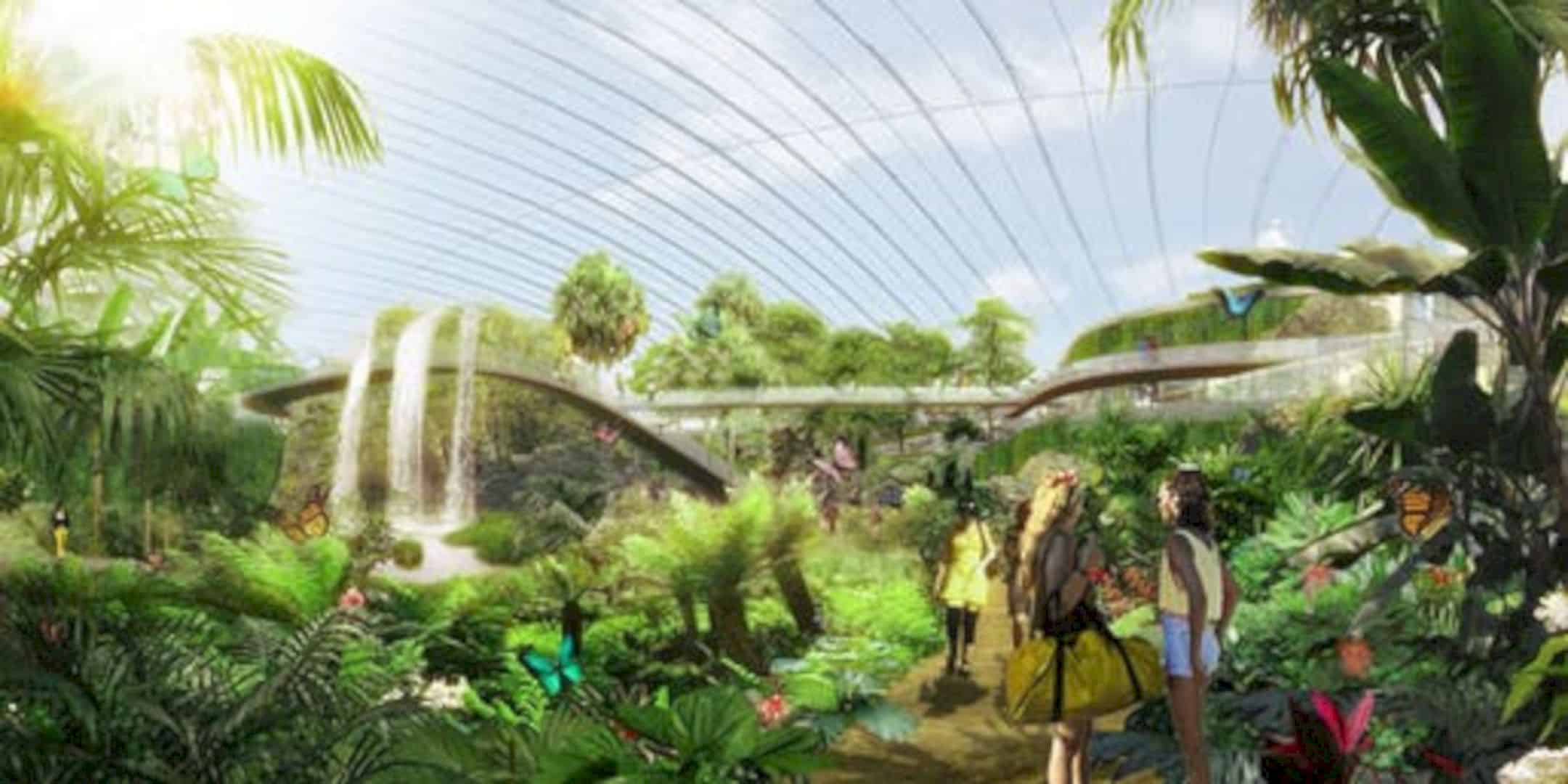 Tropicalia is also a place of ecological awareness, discovery, and amazement that invites you to a seemingly dream world, grand voyage or even as simple as an educational trip. 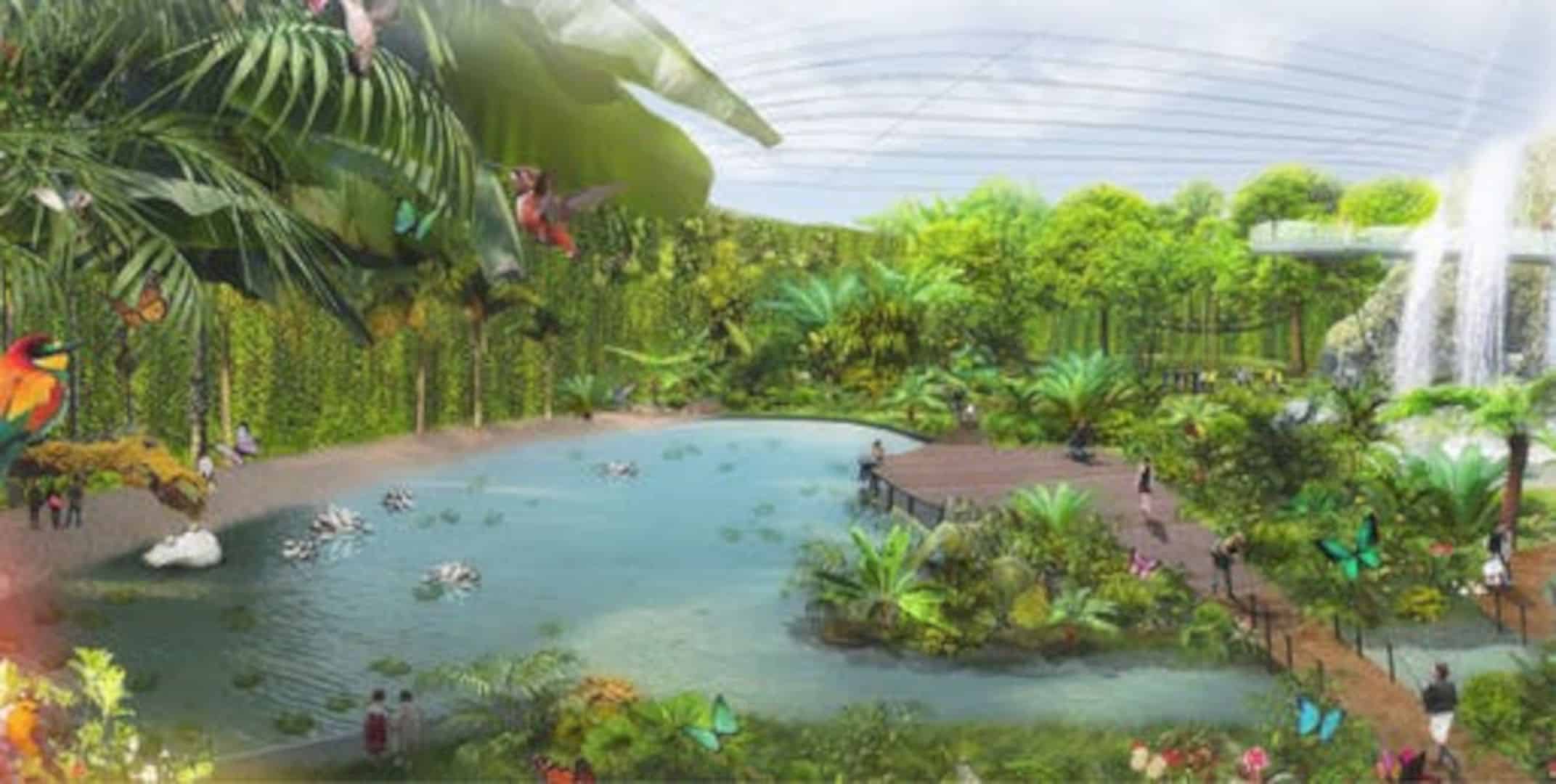 This unique tropical space will provide you with varying range of flora and fauna, exotic flowers, aquarium basins, waterfalls, and many more. Thanks to the innovative architectural approach, the sensation of total immersion can be realized beyond the exotic interior world. 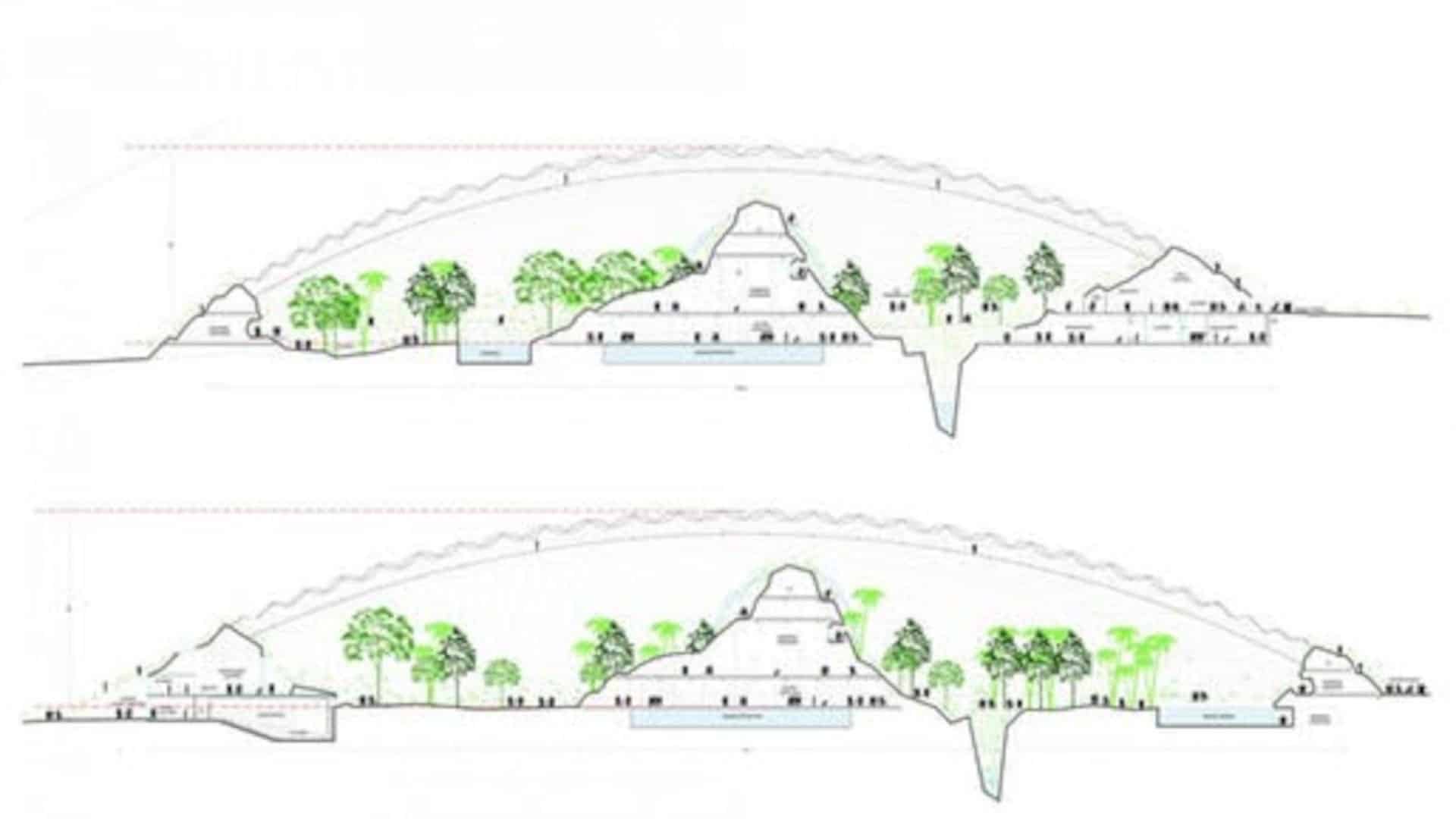 In the plans, the firm revealed that they provided a view up to the sky from within by not including any load-bearing columns that would disrupt the view. This is combined with the natural treatment of the perimeter vegetal wall. In short, the visitors will have a sense of a space that is disconnected from the outside world and focused on the world introduced by Tropicalia per se.

When it comes to the exterior, the architecture combines the structure with the landscape where the building is partially set in the ground, diminishing its impact and height. From a distant view, the structure rises like a gentle hill in its natural landscape. 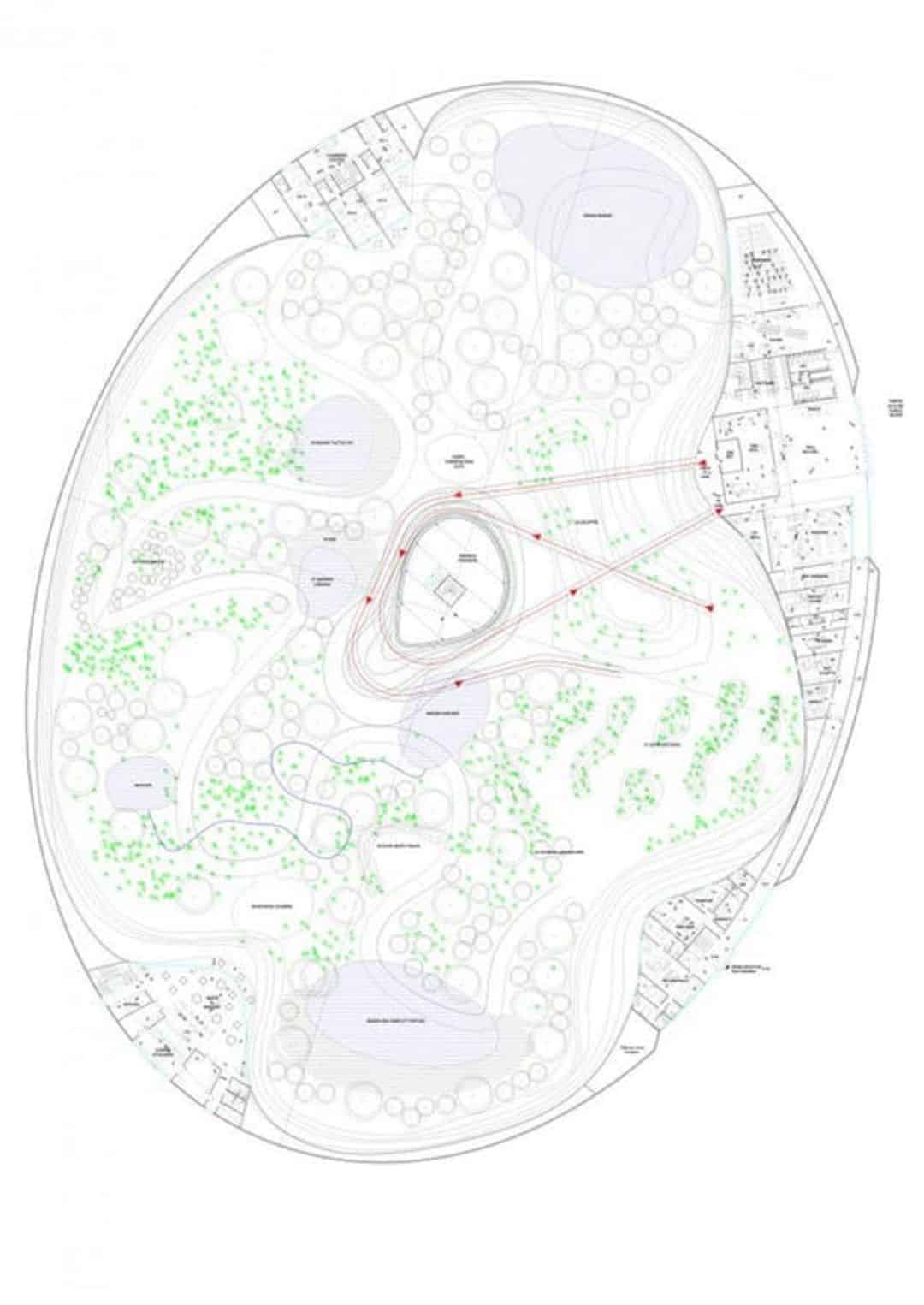 Since the project requires a serious sustainable approach and an increased resourcefulness, the firm chose the roof structure composed by EFTE pressurized air cushions within an aluminum frame.