Many businesses, organizations, and homeowners are eager to explore their energy footprint and find ways to reduce their dependence on fossil fuels. One such option that many private residence owners are evaluating is the use of solar panels on the home.

The reality is that homeownership is a privilege that is not without its risks or problems. Those who have a home warranty, whether as an agreement through the purchase of the home or buying a policy independently, mitigate risks through their coverage. For others, there are already enough expenditures in a year. Every decision of improvement must be weighed carefully. When it comes to adding solar panels, there are some advantages and disadvantages. The following paragraphs will explore those options.

The first and most obvious reason to support the use of solar panels is for low-cost energy. This is typically the top reason someone would even begin to explore the idea. For the home with solar panels, energy becomes a low- or no-cost factor in the monthly budget. The subsequent effect is less draw on the local, regional, or national grid.

The costs of energy continue to rise steadily. This means that the saving, once the system is paid for itself, becomes exponential. The home that uses solar panels for energy is much less affected by fluctuating costs of energy when drawing their use from their own resource as opposed to using the energy produced through the economy.

The federal government has offered homeowners a tax incentive. Look up Solar Tax Credit to check what incentives the current tax year may provide to encourage homeowners to make the jump to solar energy. Local and state governments may also offer programs to support or incentivize homes to invest in solar energy. Once the tax credit and any other support mechanisms are accounted for, the investment balance and out-of-pocket expenses are lessened.

The initial purchase of the solar panels is not cheap, but once the panels are in place, they pay for themselves over time. You can calculate how much you spend on energy costs each month and factor how long it would take to break even on the price and installation. If you plan to own the home for at least that length of time, you will actualize the savings from that point on. Most panels have a life expectancy of about 30 years.

But, what if you already know that you don’t plan to live in the home long enough to recoup the expense? Most real estate markets have a slew of homes available to prospective buyers at every price range. Often, the buyers will look for the things that set a home apart from others. The solar panels may become a selling point, especially as many people come to appreciate energy-saving efforts in their various methods. It will likely excite those buyers who would like to explore solar energy but may be intimidated by the process of installation and the cost of a solar energy project.

The statistics on homes with solar panels support this advantage. Studies show that a homeowner with solar panels can expect an increase of over $5,000 in their home’s sales price for every 1 kilowatt (kW) of power that the panels draw in. Further, on average, homes that already have solar power can expect to sell about 20% faster than their traditionally powered neighbor.

Most homes use traditional sources of energy, including energy from burning coal. This process releases gases that can pollute the air and ultimately contributes to global warming concerns. Some energy production methods have also been linked to water pollution and harmful effects on wildlife. Solar energy is a renewable resource, readily available, abundant, and collecting and using solar power does not produce any harmful by-products.

Some power grids may have the option of allowing homes with solar panels to contribute some of their power back into the grid. Every kilowatt harnessed from the sun and not from fossil fuels is a net benefit to environmental health. The homeowner can typically receive some compensation for selling their additional, unneeded power, known as metering.

For those who find themselves removed from the traditional power supplies’ infrastructure, solar panels are an obvious solution. Solar panels provide truly off-grid living to those who won’t or can’t be serviced by the current electrical grid matrix. Solar provides an equivalent power source while remaining energy independent with convenience. Other options, such as a gas-fired generator, require ongoing expense and effort, making the solar panel option less work, assuming there is a budget to afford it.

Top 5 Reasons To Say No To Solar

The number-one reason against using solar panels is related to the initial, significant cost. Solar power systems are becoming more affordable year after year. As of 2018, homeowners could expect to spend approximately $2.50 to $4.00 per watt. That’s down from $12 per watt in 1998. That’s a welcome improvement, but it will still result in about $10,000 to $15,000 installation, already accounting for the tax credits. This initial cost prices many out of the option who might otherwise welcome it.

Some solar panel sales companies have begun to offer financing options in the hopes of eliminating this barrier. Some may even offer a zero money down option. If this is the only downside for a homeowner, it may well prove to be a manageable one with this consideration. They are making monthly payments toward the solar panel system might feel like to the homeowner just as making payments to their gas or electricity bill.

Most of the benefits of installing a solar power system are realized in time. For those who know that their current home is temporary, there may be little hope of benefiting from the investment outside of hopes that the next buyer will be excited by the installation. The shorter length of time a person expects to stay in the home, the less likely the owner is to break even on the project. The typical expectation is that it will take somewhere between five and seven years to make the change financially worth it.

The placement of solar panels is most often directly on the roof of the home. If the house is in a location that is prone to inclement or destructive weather, there’s a potential concern that natural weather patterns could damage the panels. Even a hard rain can wreak havoc on exposed panels. More severe weather threats, such as hurricanes, tornadoes, or hail, can force a homeowner to repair or replace the panels more frequently.

Snow can also impact the function of the panels. The panels are designed to withstand some snow amounts and still attract some power-producing rays under light snow blanketing. With heavy snow, there is a possibility that the weight of the snow could cause cracks within the system where the panels are attached.

On the subject of weather, it’s essential to appreciate that sunshine availability is a critical factor for using solar energy. Obviously, if the panel does not have exposure to a generous portion of the sun, the panel will have minimal resources from which to generate the energy. Cloudy weather does not eliminate energy production altogether, but it does significantly hamper it. So, suppose the home is under frequent cloud conditions. In that case, it will likely never enjoy the full benefit that a solar panel system offers and, therefore, not be a reliable source of consistent energy.

Additionally, the sunlight varies by location, season, and time of day. Certain seasons may even experience more surrounding foliage that could block or limit the rays on the panels. And, most obvious, the sun only shines during the daytime, leaving the panels without a source of power generation between sunset and sunrise. An added expense but possible remedy is with the use of batteries. The batteries can store the created power during peak power production and then draw from the batteries when the panels are inactive to balance the baseload.

As with all home systems, it is unreasonable to expect that, once in place, there will be no need to intervene, maintain, or service the system. An annual maintenance regimen for a solar panel system is recommended. One factor that impacts this expense’s associated cost is the prevalence of solar panel experts within the area. The more plentiful maintenance providers are, the more affordable their services can be assumed to be. It is estimated that a homeowner can expect to budget around $250 per year on maintenance.

Solar energy has come along away in the last couple of decades, and there is reason to expect that trend to continue moving in the direction of prominence and affordability. For those who have considered making the switch to a cleaner, more readily available energy source, solar panels may be a solution. The future of solar energy is undoubtedly bright. 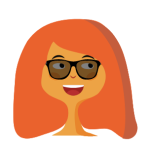