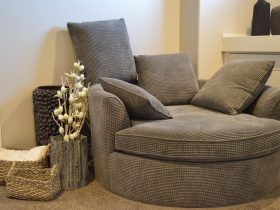 The Laidback Lifestyle: 7 Pieces of Furniture Designed for Maximum Relaxation

Ever since the dawn of the information age, we have taken a second look at just about every facet of life to see how it could be improved. We soon learned that tap water, although technically potable, contained multiple solutes.

What is the effect of drinking fluoride or other contaminants? Is it truly safe to drink tap water or are we better off using a water purification system?

Given that we literally need water to survive, this is something we should all consider. Read ahead to learn the facts about drinking tap water.

The Importance of Water

Water is essential to life on earth. We need to consume a certain amount of clean fresh water every day.

Some scientists say two liters (or eight eight-ounce glasses) per day are necessary but others have disputed this figure. Either way, be sure to stay hydrated to be at your best.

The advancement of human civilization goes hand in hand with our ability to harvest and distribute drinkable water.

We switched to an agrarian style culture about 10,000 years ago and began to created towns and cities. Thus was born the need to provide clean water to a larger population.

There is archaeological evidence of well and water channels from Ancient Egypt and Mesopotamia. The Minoan civilization created a working water supply with toilets and drain systems on the island of Crete as early as 2000 BC.

Humans, like other animals, likely developed a natural disdain for ‘dirty’ water since prehistoric times. Greek physicians, Almceaon of Croton and Hippocrates, wrote that water quality can affect human health.

Many years later, we discovered that microorganisms in the water could cause diseases such as cholera and dysentery. This confirmed the desperate need for clean water for growing populations.

Sadly, there have been many documented cholera outbreaks in the last 200 years. Between 1817 and 1860, there were several cholera pandemics that killed millions in India. Today, war and poverty have fueled an ongoing outbreak in Yemen since 2016 that has claimed the lives of thousands, mostly children.

The Gift of Clean Water

We tend to take several things for granted. We have it a little easier than most of our ancestors. Every day, we use things like wifi, heating, and water without giving it much thought.

Drinking from the tap is a luxury that many countries can’t afford. However, that doesn’t mean that all drinkable water is created equally.

Although you might not get a deadly infection, contaminants in ‘drinkable’ water could lead to negative health effects down the line.

Do You Drink Tap Water?

Is tap water safe? Although you can’t see them, the analysis of common tap water reveals several contaminants. Some can be ‘safe’ at small concentrations and others can cause disease even with tiny amounts.

However, many people claim that they can’t be sure about the long term effects because they haven’t been studied for long enough.

Here are the most common contaminants you could consume from drinking faucet water without a filter.

Aluminum is a naturally occurring substance that can leak into water sources from the soil.

Low concentrations are harmless. Severe exposure, however, can lead to neurological conditions, such as Alzheimer’s disease.

Fluoride can get into water from natural sources or through contamination from equipment.

Low levels may even be beneficial for bone health. High doses, however, lead to skeletal fluorosis, characterized by dense yet fragile bones, and tooth discoloration in children.

Cholera, dysentery, and typhoid are examples of water-borne diseases caused by bacteria. Viral causes of water-borne diarrhea include hepatitis A, rotavirus, and others. Rarely, parasitic cysts can make their way into water systems from lakes and ponds.

Fortunately, our awareness about these kinds of infections has greatly improved how we prevent and treat them.

John Snow, the father of epidemiology, famously tracked down a London cholera outbreak in 1854 to a particular water pump, thus preventing further spread of disease.

Arsenic is an extremely dangerous compound. It has been used as a poison for its acutely toxic effects.

It can contaminate water sources through pollution from pesticides and fossil fuel manufacturing.

It causes multi-organ failure, involving the endocrine, cardiovascular, and nervous system. Long term, it can lead to skin, bladder, lung, and other types of cancer.

This can lead to severe abdominal and muscle pain with nausea, vomiting, and diarrhea. Large exposures can result in anemia, kidney failure, and death.

The Roman aqueduct systems contained many lead pipes for drinking water. Today, we know the dangers mostly from the damage caused by lead paint chips.

We stray away from lead but certain fixtures in plumbing systems may still be made of lead, resulting in an exposure.

Incredibly, thousands of people, including 9,000 children, were exposed to lead in the water in Flint, Michigan. Government officials initially ignored reports of hazy, bad-smelling water combined with unusual cases of rashes and hair loss

GM stopped using Flint water in 2014 because they noticed it was “rusting the [engine] blocks”.

In some cases, the concentration of lead was 100 times the permitted amount. It took five years to get drinkable water throughout most of Flint.

Chlorine containing compounds can be used by water treatment plants to prevent water-borne pathogens, such as bacteria and viruses.

However, exposure to a high amount can lead to anemia.

Fortunately, these contaminants can be removed using filters and water purification systems.

Find out how to take charge of the water quality in your home.

There are numerous things floating around in your water. When you drink tap water, you are also getting several contaminants, such as chlorine and fluoride.

Although we are told they are safe at low concentrations, excessive contamination occurs all the time. And do you really want to take a chance when so much is at stake?

Take charge of the water you and your loved ones drink. Look into buying a water filter today.