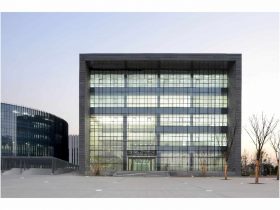 Make Architects worked with developer British Land to design 5 Broadgate, a bold building for the world-class financial firm called USB. The design was functional and pragmatic to allow consolidating its London workforce for the first time. In the end, both firms were able to bring out a 13-story ‘groundscraper’ which is innovative visually and represents a powerful vote of confidence in London. 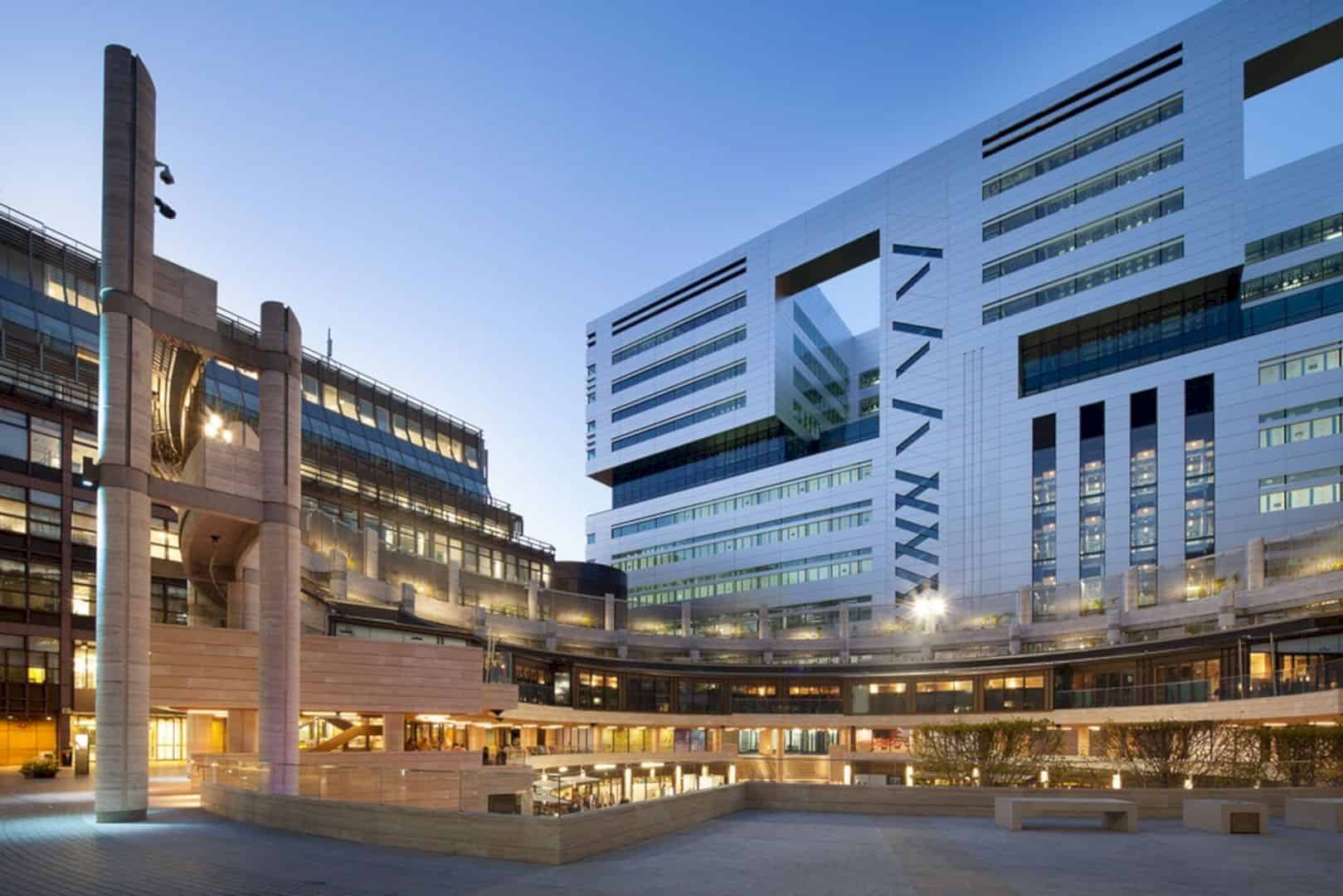 The firm based this bold design on the form of a perfectly machined metal object which is seen as a symbol of the 5 Broadgate’s internal function. The main façade was constructed mainly from stainless steel that unifies the surface and establishes a strong presence as well as reflects its bespoke nature and single occupier. 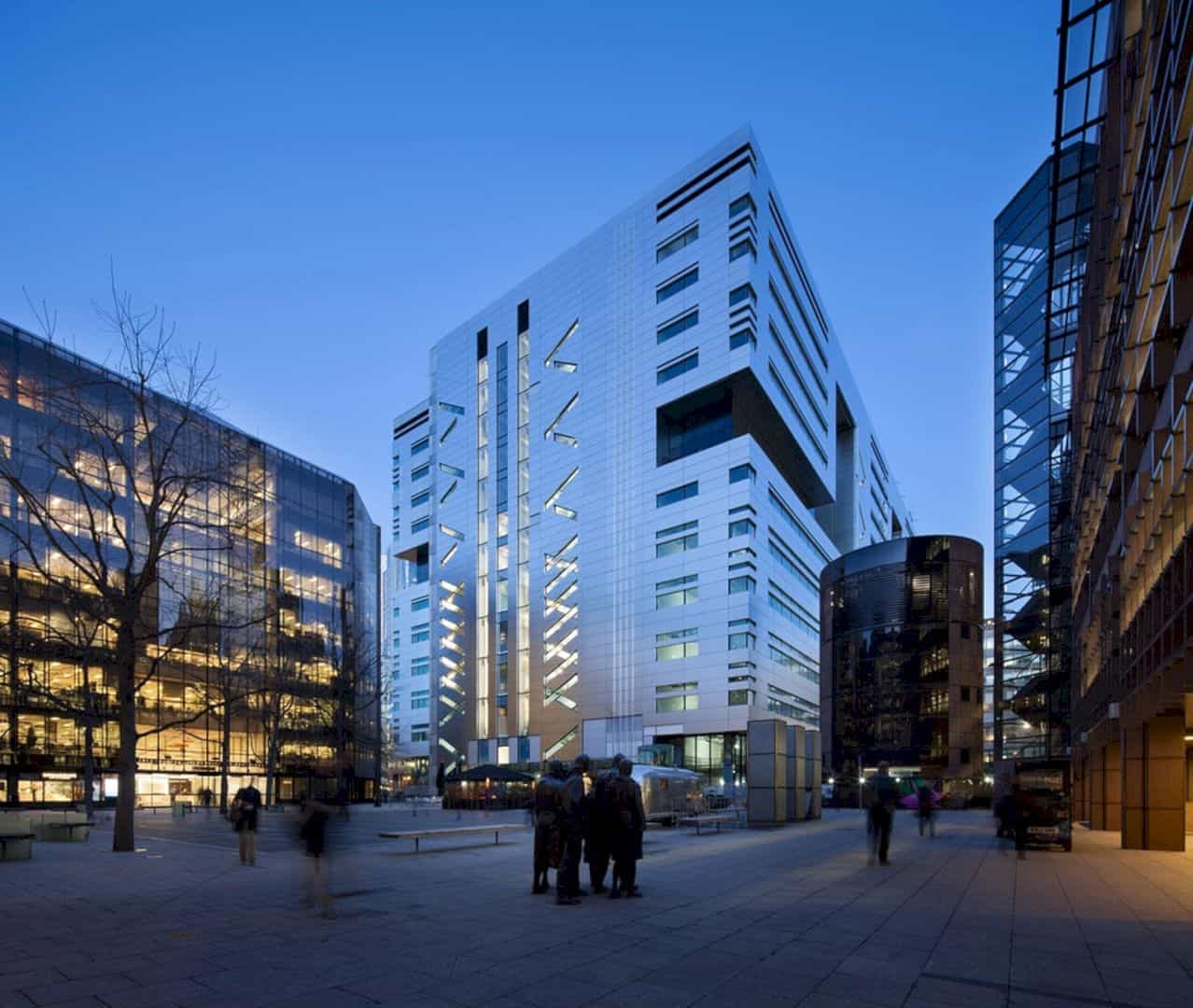 The façade creates a sense of robustness that is carried through to the materiality, finishes, and detailing. The end result is the reflection of an architectural language of precision and quality. 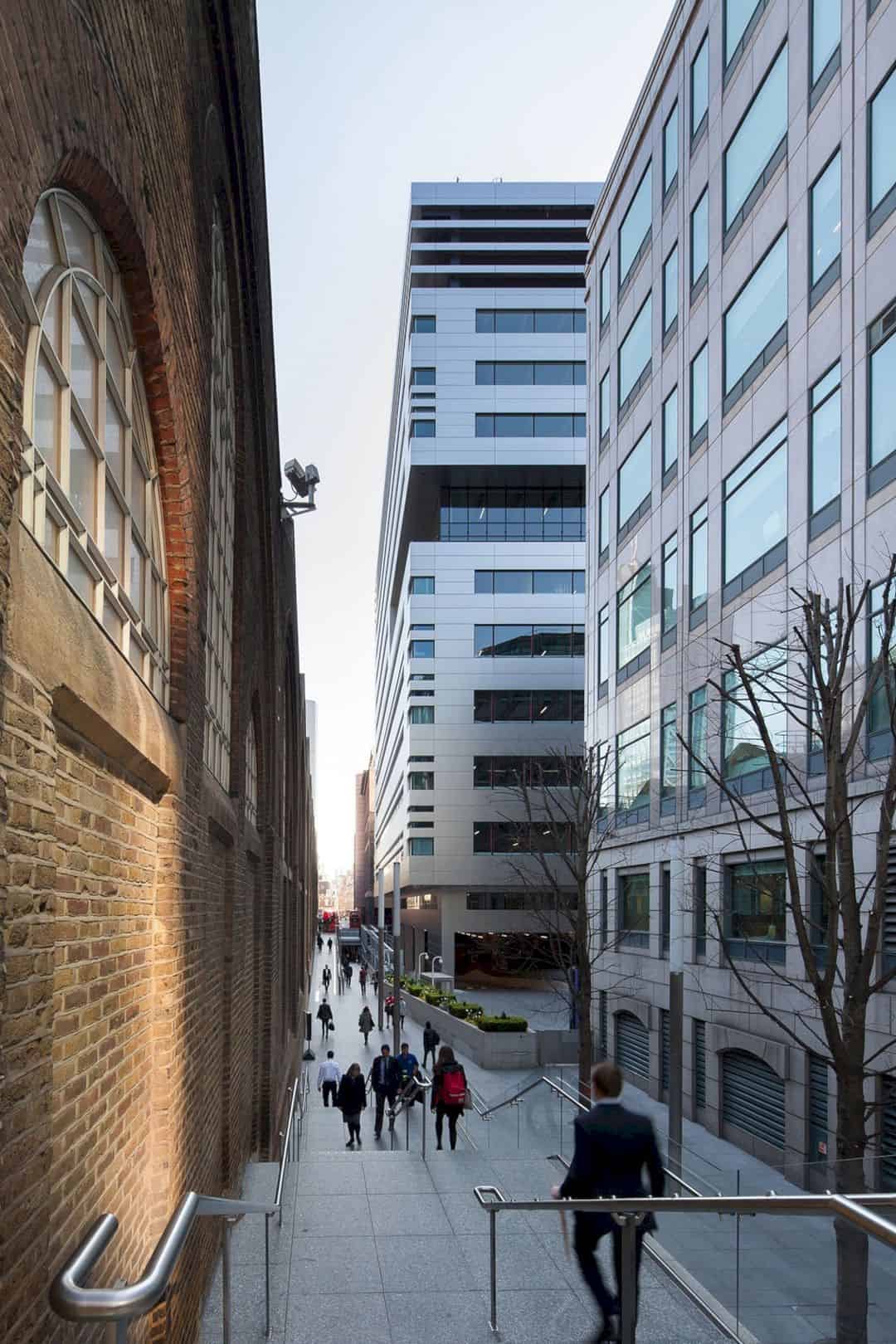 The firm also made sure to improve the site’s flow and connectivity with new and enhanced pedestrian links at ground level. The architecture team then rolled out detailed landscaping and commissioned public artworks to reinvigorate the public spaces. 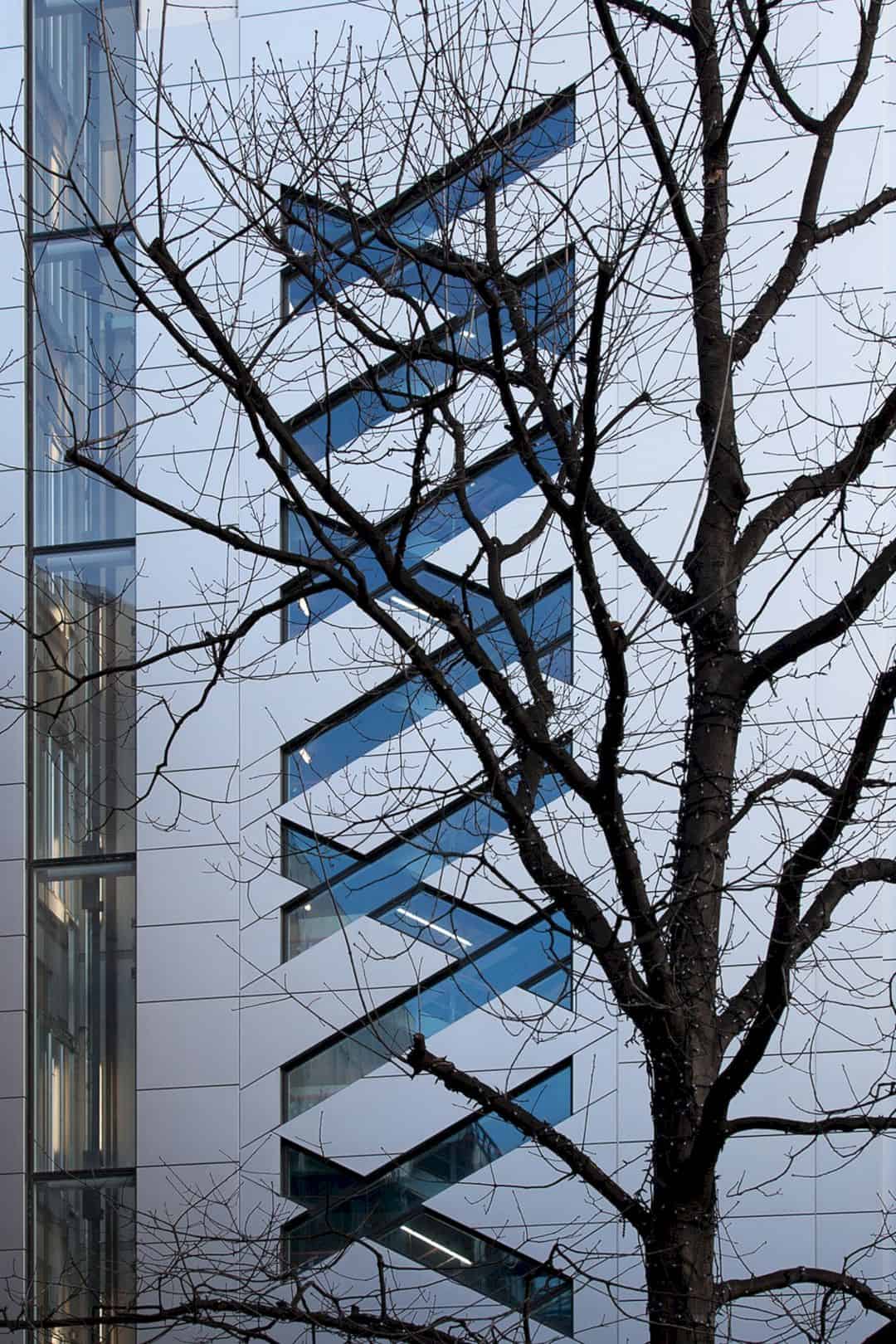 The 5 Broadgate’s exterior emphasizes its key internal features. In addition, the angles of the stairs match with the angle of the glazed slots on the west and east elevations. On the other hand, the lifts are represented by vertical slots to optimize the outside views. 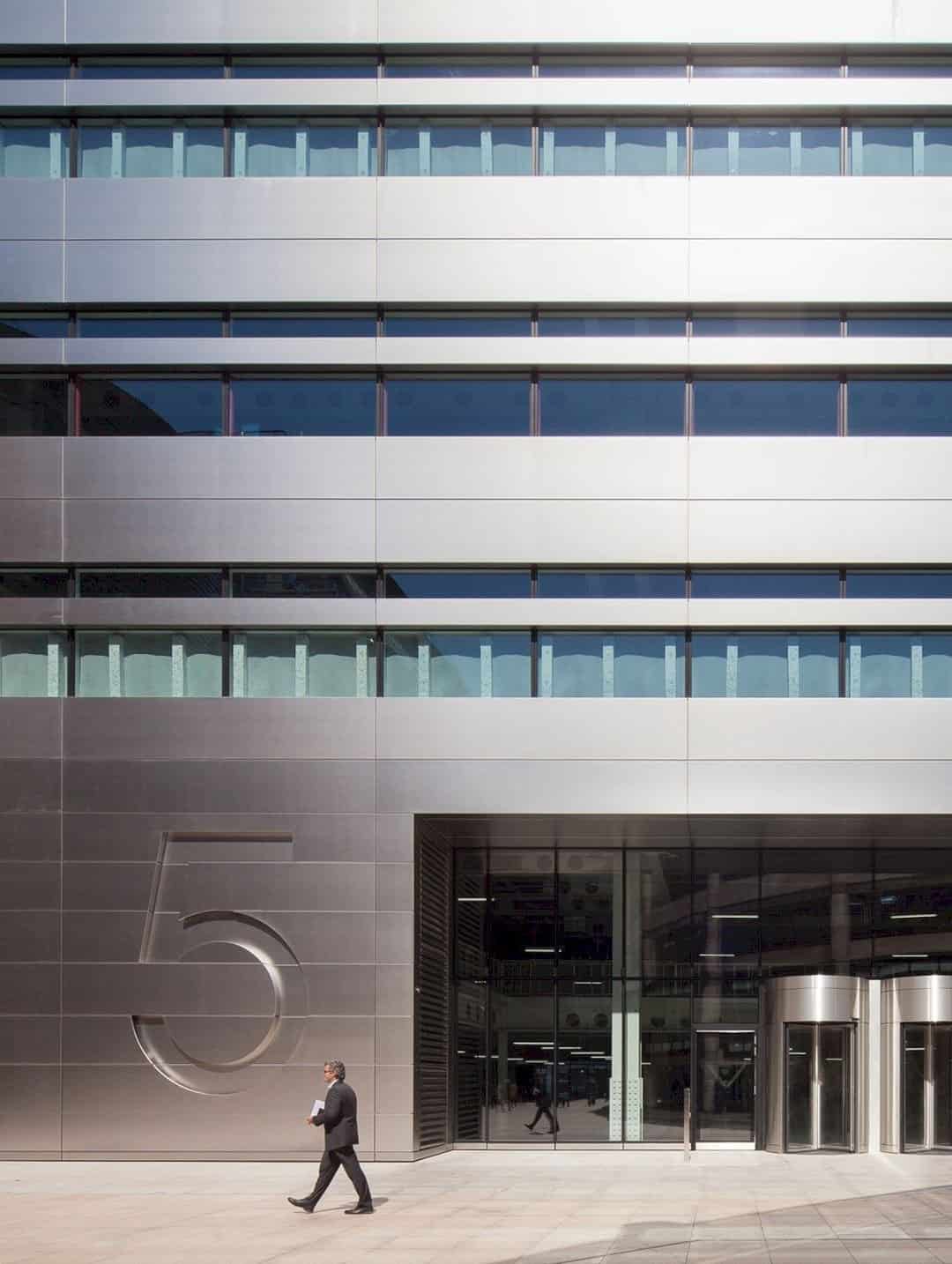 The façade is 65% solid, resulting in one of the largest façades of its kind in the world. The façade also offers exceptional thermal and solar insulation without dismissing ample natural daylight. 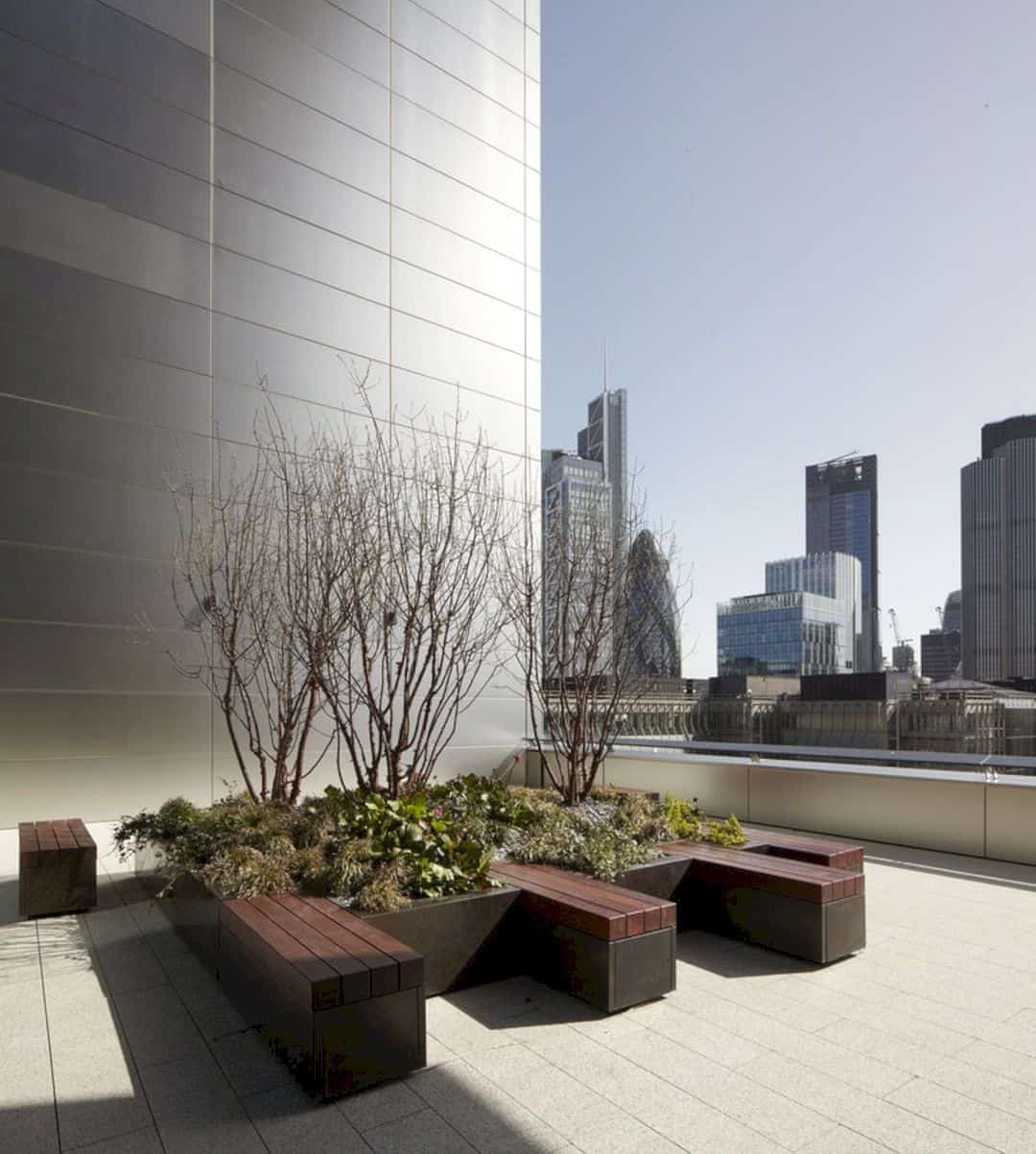 The building has a roof terrace with green plants that overlooks the city of London.

The Biggest Array of Solar Panel 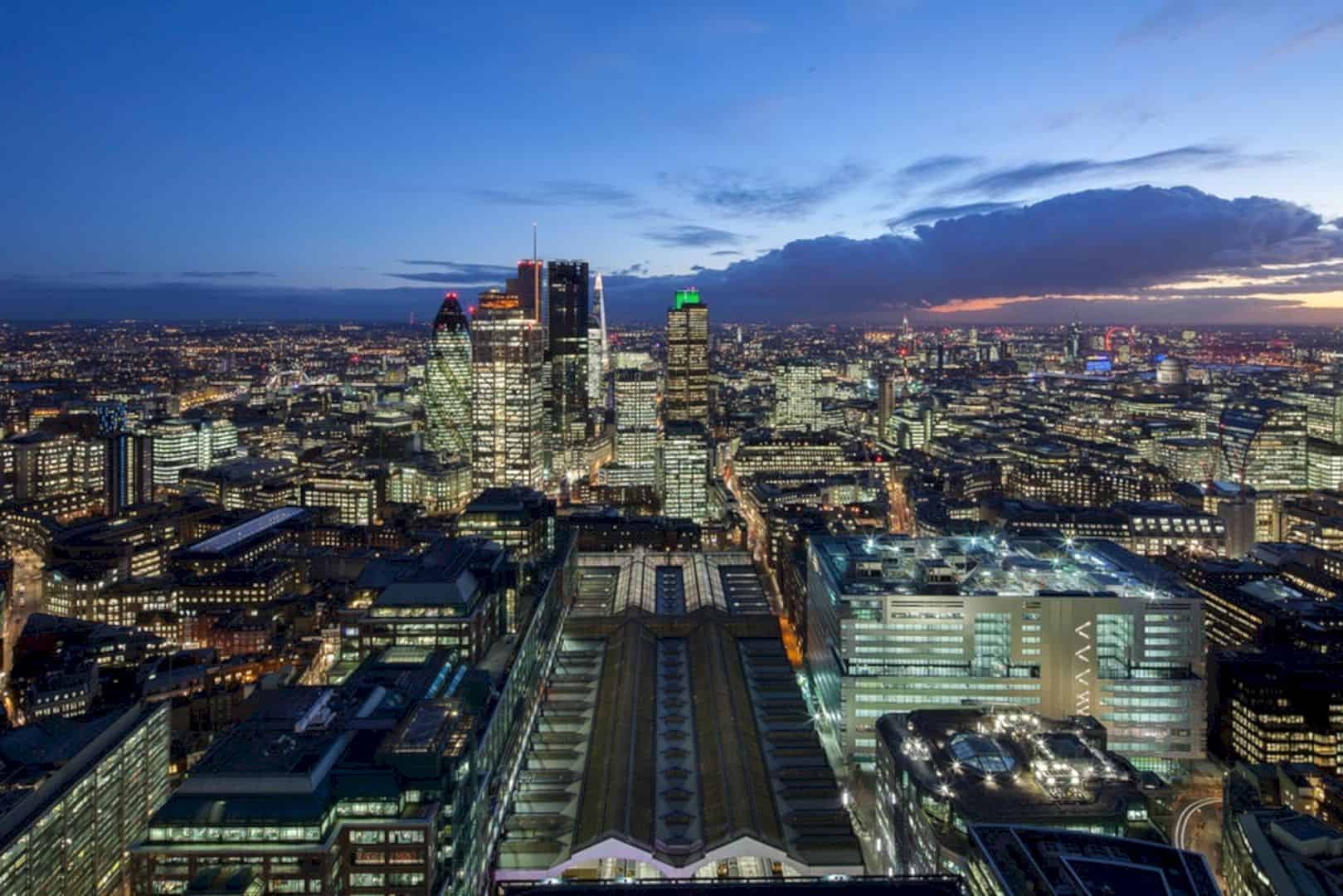 5 Broadgate has a substantial area that is dedicated to the green roof. It also has the biggest array of solar panels in London.99% of the building’s construction waste was diverted from landfill. 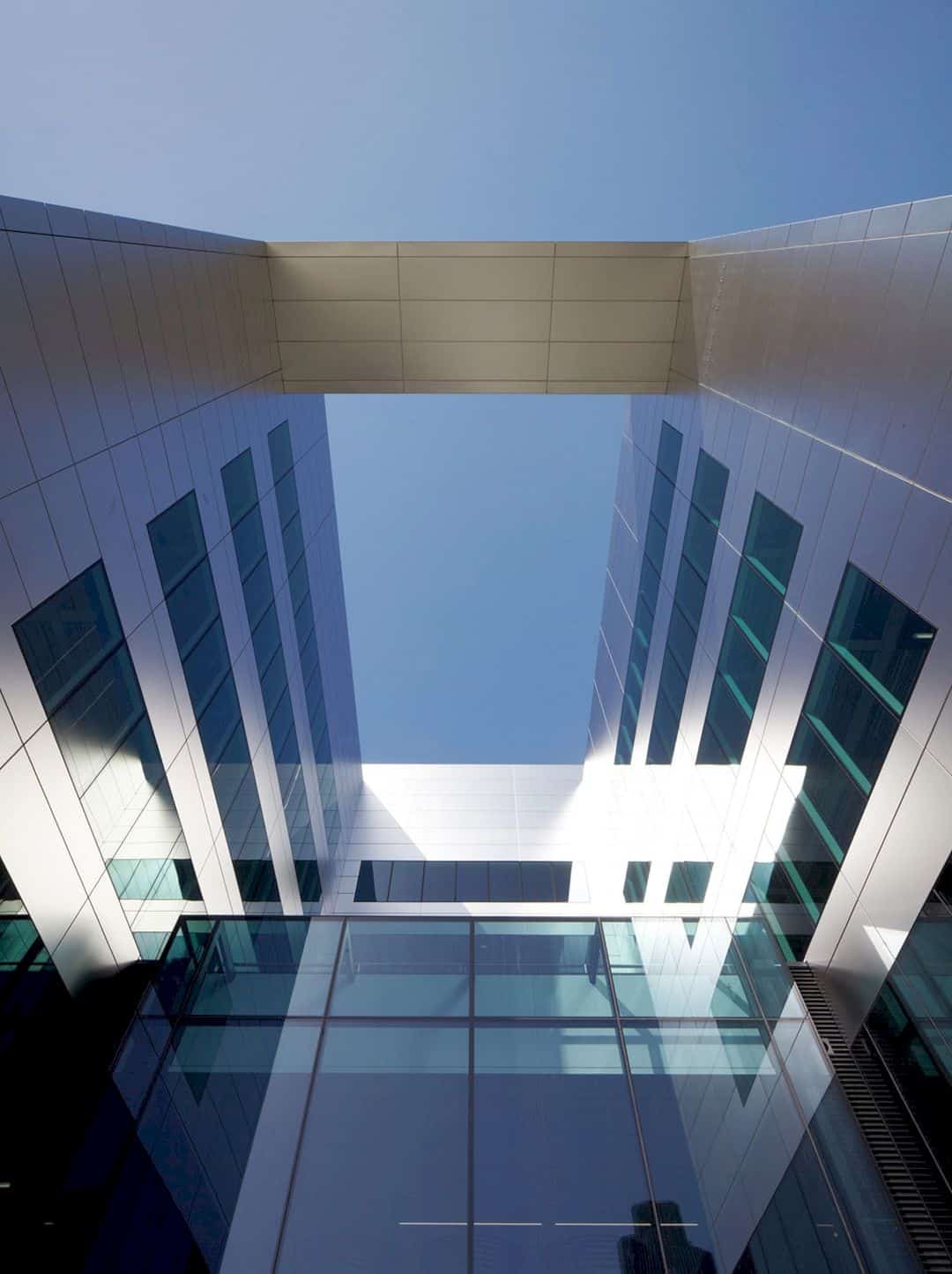 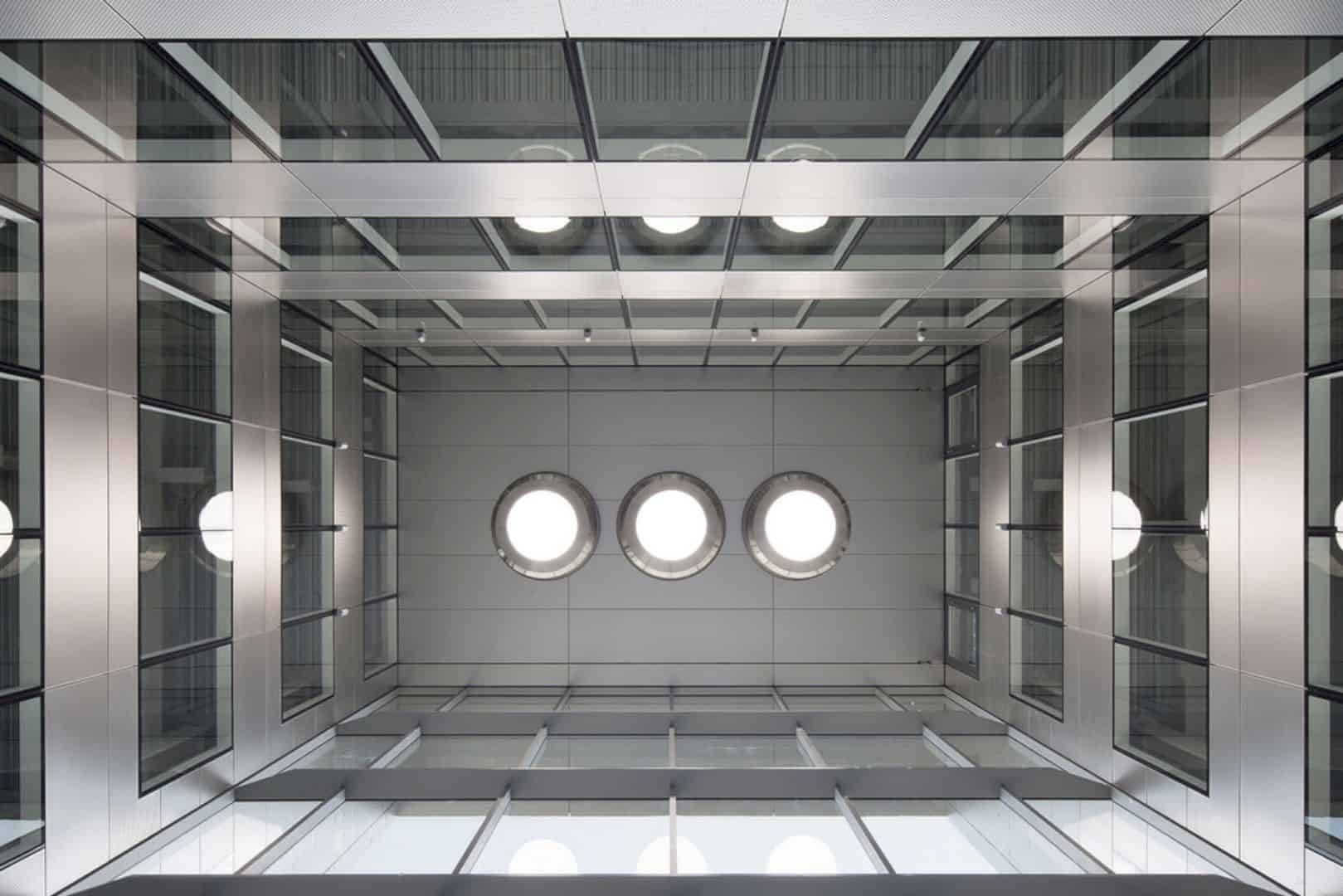 The building is one of the few in the world that attain an FSC Chain of Custody certificate. All of them has contributed to the project’s BREEAM ‘Excellent’ rating. 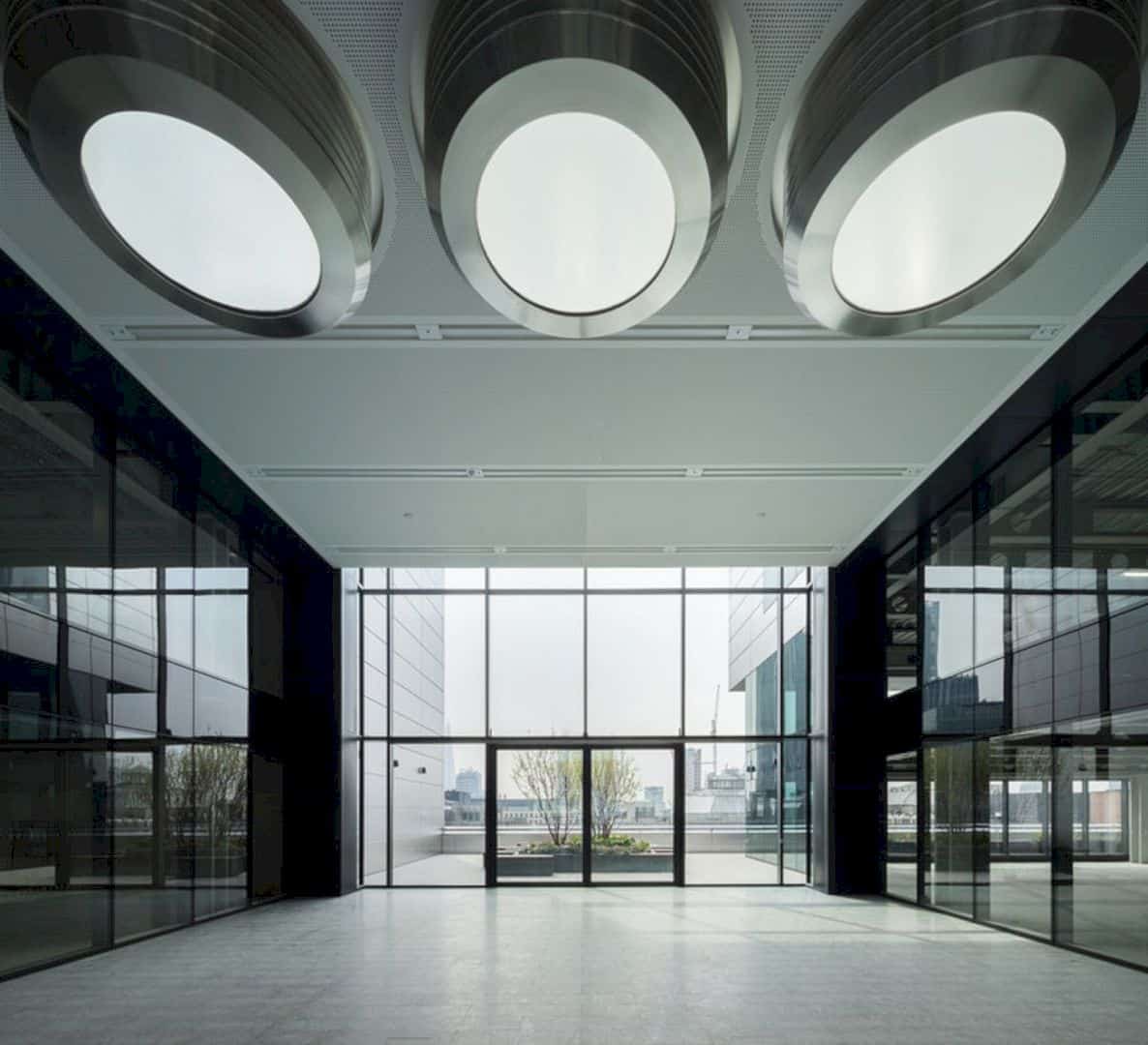 From the interior point of view, the double-height spaces have light pipes. 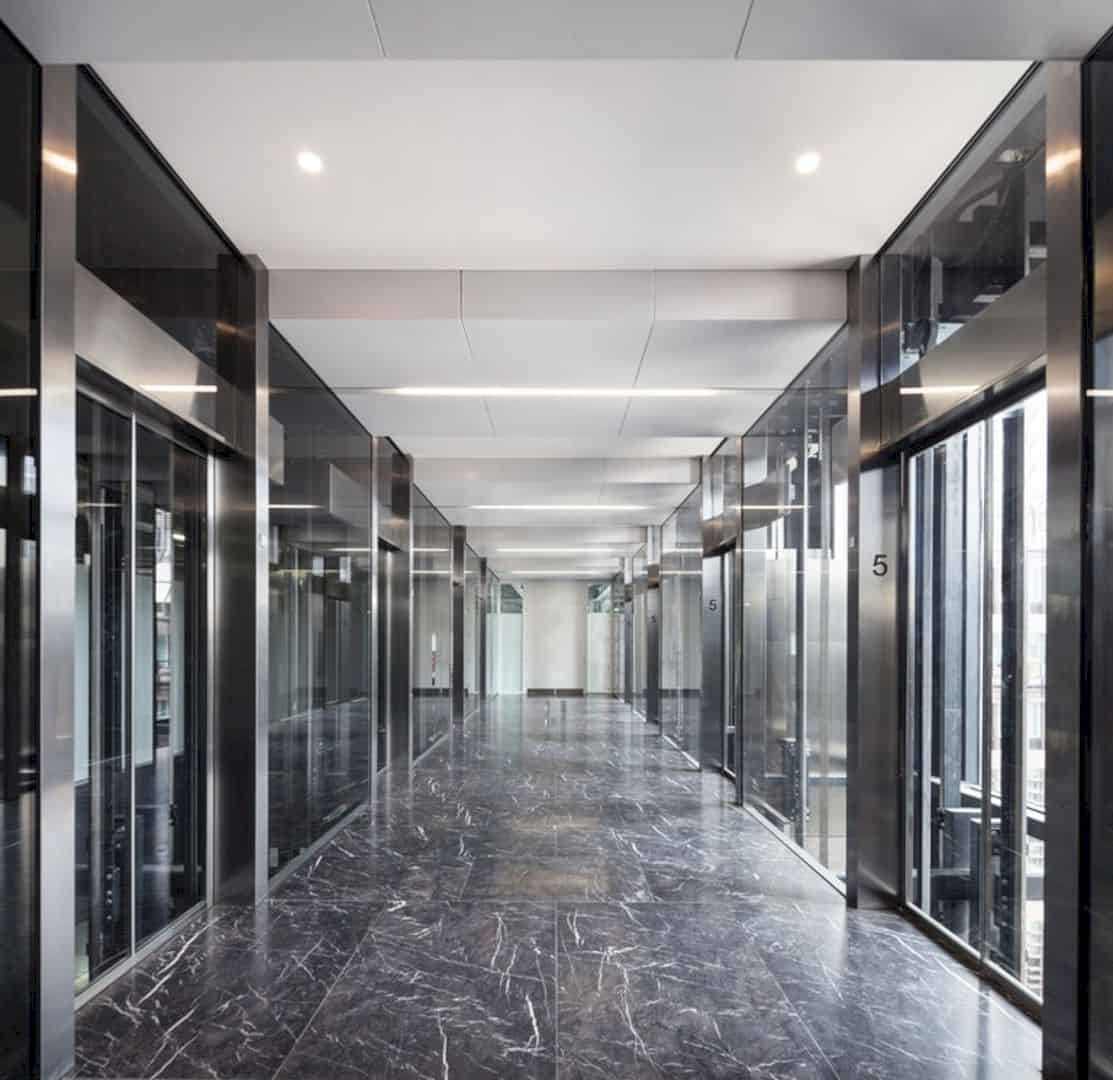 Make Architects also adopted an ultra-rational arrangement of the structure. The core provides four large trading floors housing up to 3,000 desks and 7 levels of offices.