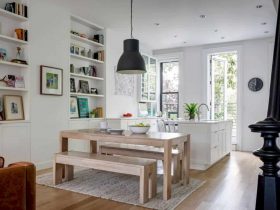 As one of Houston’s great civic resources and the flagship of the Houston Park system, Hermann Park contains a significant urban forest and many public venues. The park is existed to fulfill the recreation needs of the city’s diverse population of some four million and welcome more than six million visitors a year. Through the international design competition under the Rice Design Alliance, SWA Group was chosen from more than 100 respondents to be in charge to redesign the park which is located in Texas.

The project was focused on ‘the Heart of the Park’ and made it become the generative force behind the re-activation of a central civic space. Meanwhile, the design honors the original vision of Hermann Park’s major entry and central public space by incorporating a contemporary approach and realizing the great spaces as what have originally envisioned. 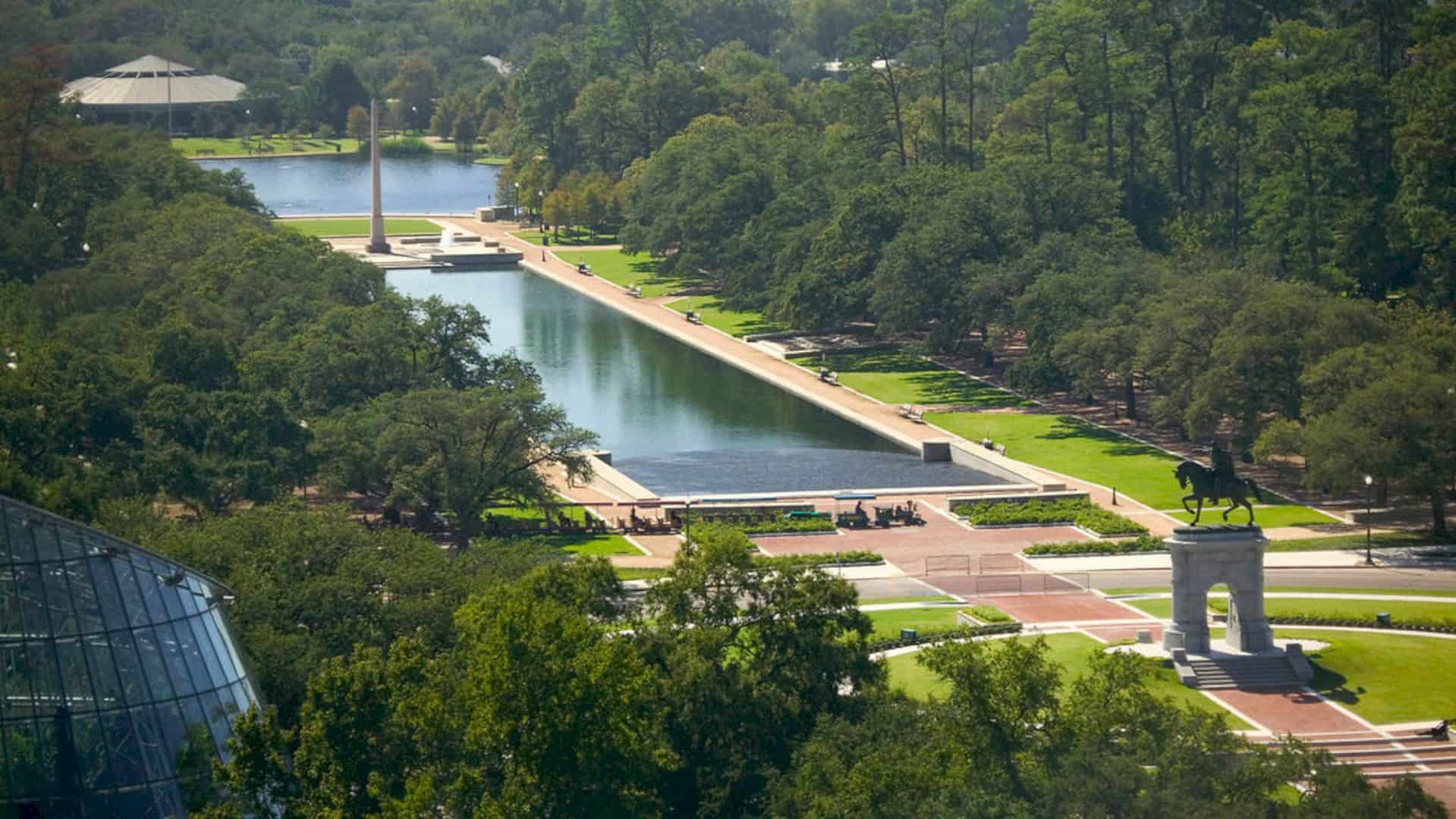 Houston’s Hermann Park establishes four core design principles; an enduring aesthetic, the timelessness of design, a legacy that would last for the next generations, and a project that could be easily maintained in the future. Known as ‘the Heart of the Park’, it is designed to optimize people’s enjoyment when they step on the 18.5-acre park. 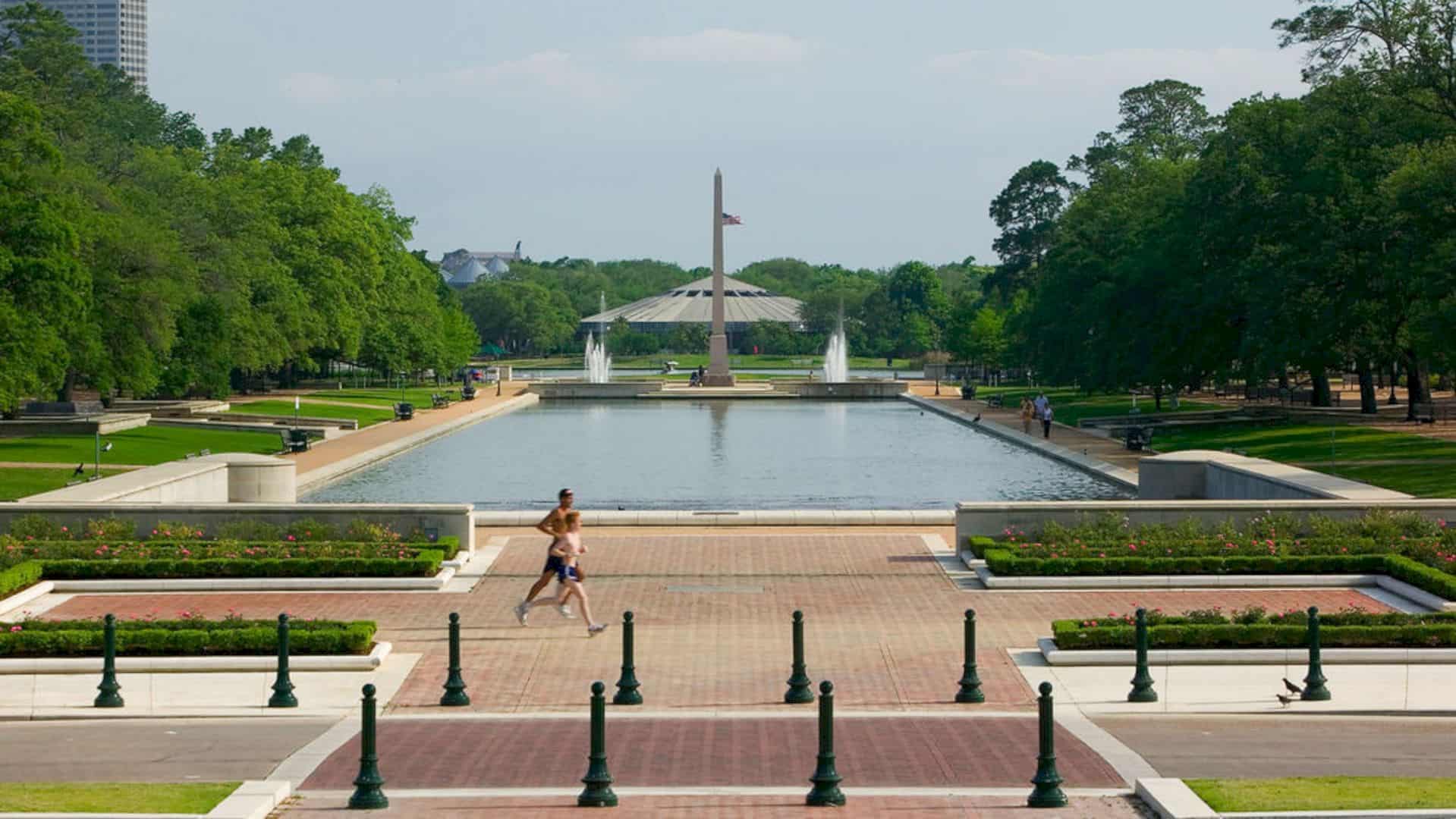 The park has an 80-foot wide by 700-foot long reflection pool to act as the formal central axis for the space as well as a central cross-axis providing two smaller spaces to either side, one is the Arbor in the Pines while the other is the O. Jack Mitchell Garden. 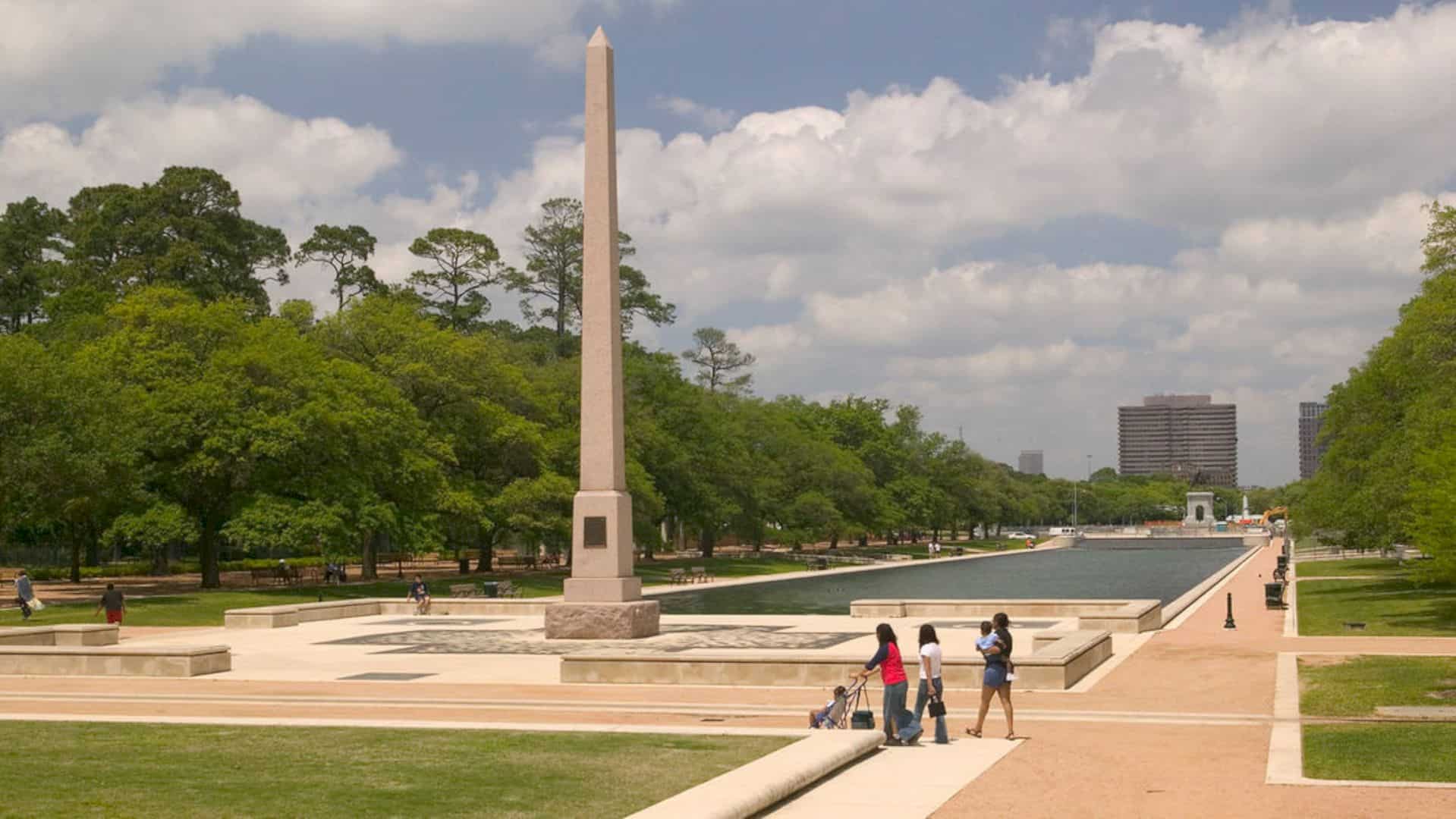 The formality of the promenades is emphasized by a double row of mature Live Oak trees lining the elegant pedestrian promenades along the way. One row of the Live Oak Allee had been planted in the 1920s to pay homage to WW I. Another row of oak trees was added as a part of the project.

SWA also put an effort to get the donation of and choreograph the transplanting of more than 40 mature Live Oaks to the park. The trees were carried out from other sites around Houston where the trees would have been lost to development. 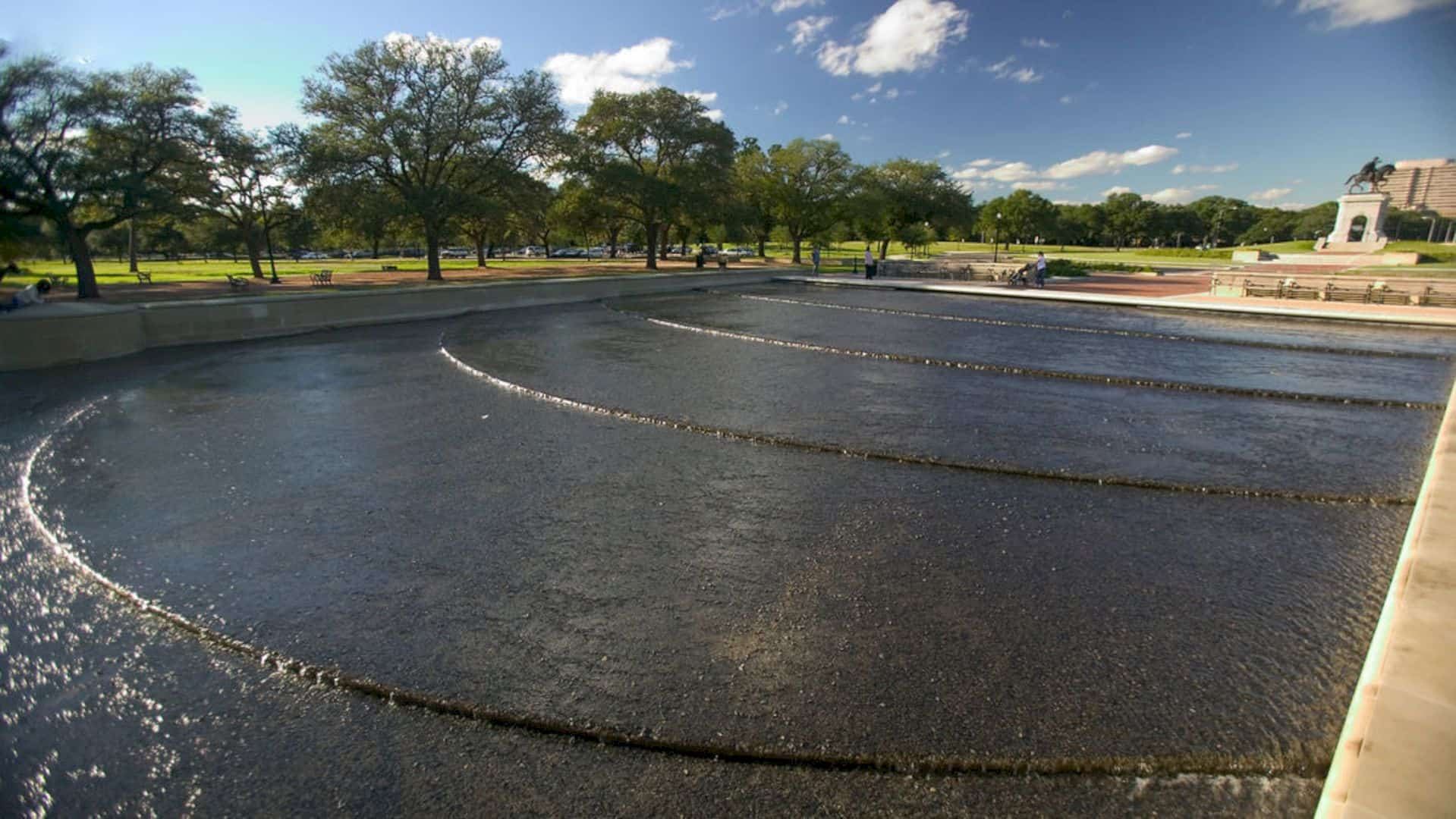 In order to preserve water quality and clarity, the reflection pool uses a bio-filtration system. The system helps avoid excessive power consumption and the use of chemical treatments.  Perforated pipes were installed under the reflection pool’s clay lined basin to draw debris and water through a gravel bed. In the gravel bed, organics are trapped and finally decomposed to minimize potential damage from increased water run-off from the site paving. 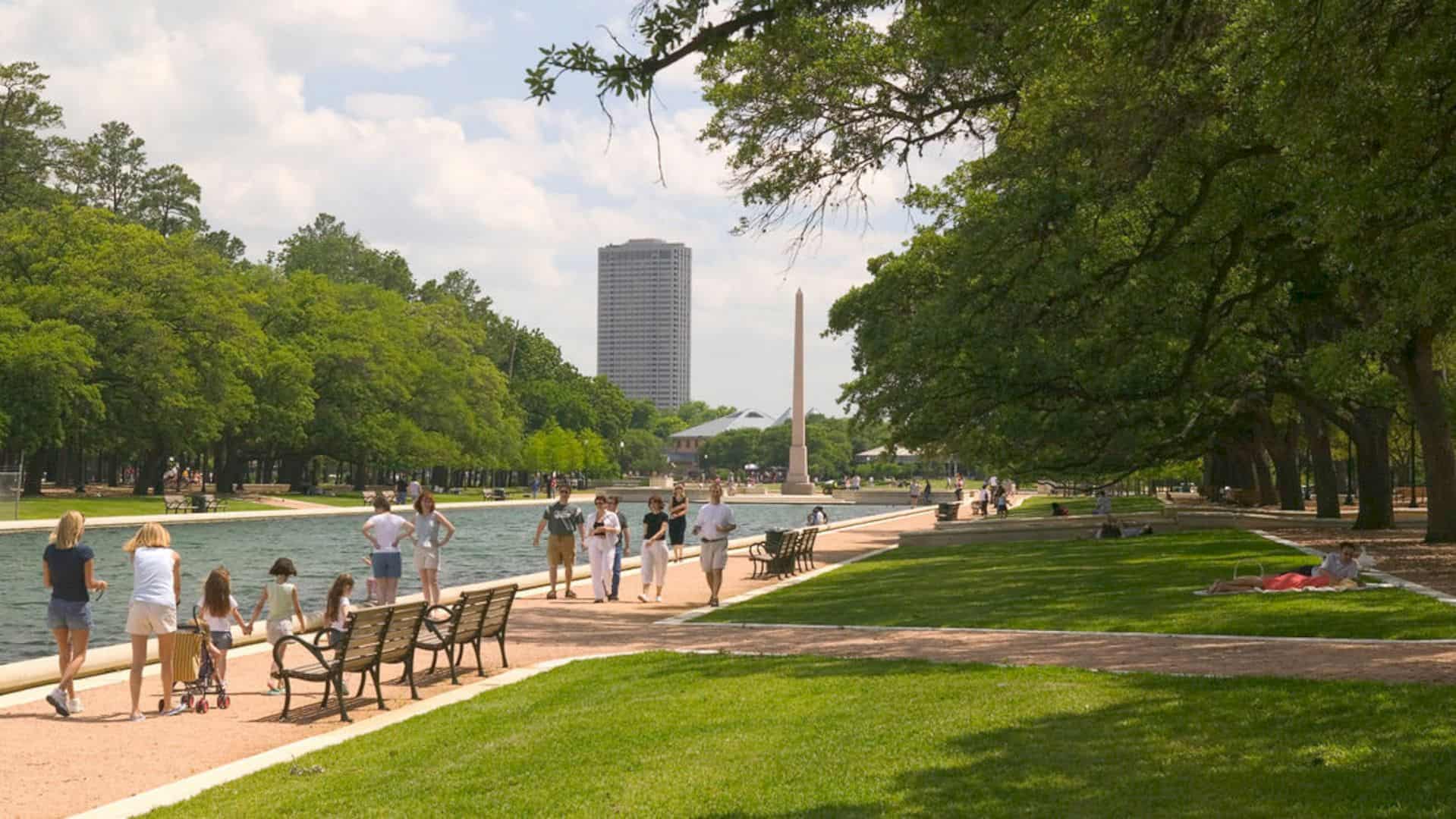 The majority of horizontal surfaces are paved with semi-porous or porous decomposed granite.  It is exceptionally crucial to preserve the existing trees in the Hermann Park. Therefore, all excavations within the trees’ drip lines were conducted by hand to avoid damaging the sensitive roots.  Also, to protect the tree roots during the installation of underground piping, the contractors covered each root with moisture maintaining insulation then watered them on regular basis. 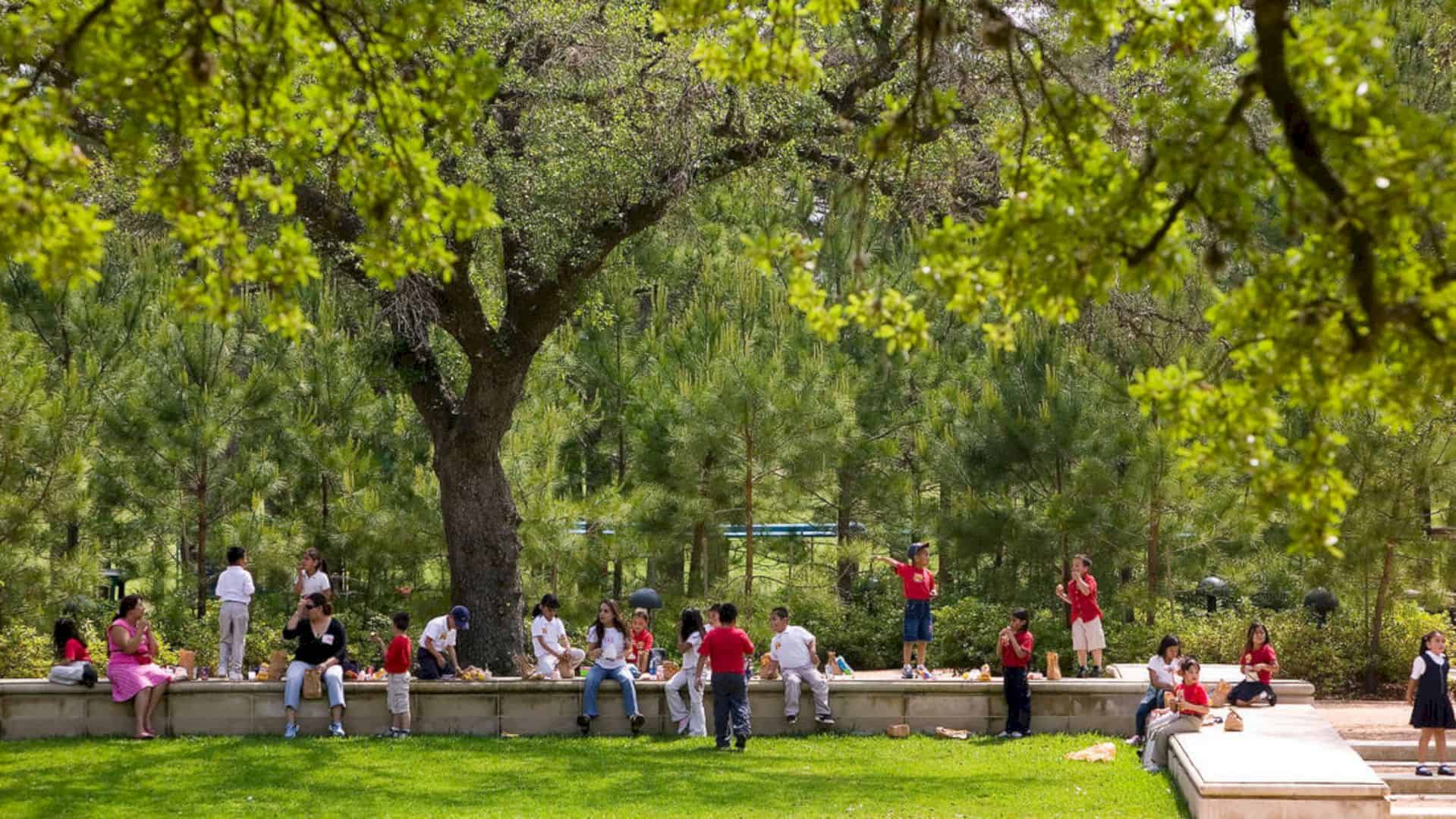 Aside from Live Oaks, mixed hardwood/pine forest is added to characterize Hermann Park although they have dwindled over time. But, in this project, SWA added pines, cypress, oaks, and other native species to the Hermann Park forest. Native plant materials, such as Texas perennials, were organized in special places.

Inspired by a 1930s postcard of the park, SWA’s landscape architect re-arranged the original plantings around the historic Sam Houston Monument Circle located on the northern terminus of the reflection pool axis. The Circle was restored as the civic landmark as what has already been planned. The architect also was able to create simplicity for this active park space which was attained through the clarity of form, a refined material palette, and the distribution of the activities conducted throughout the park. 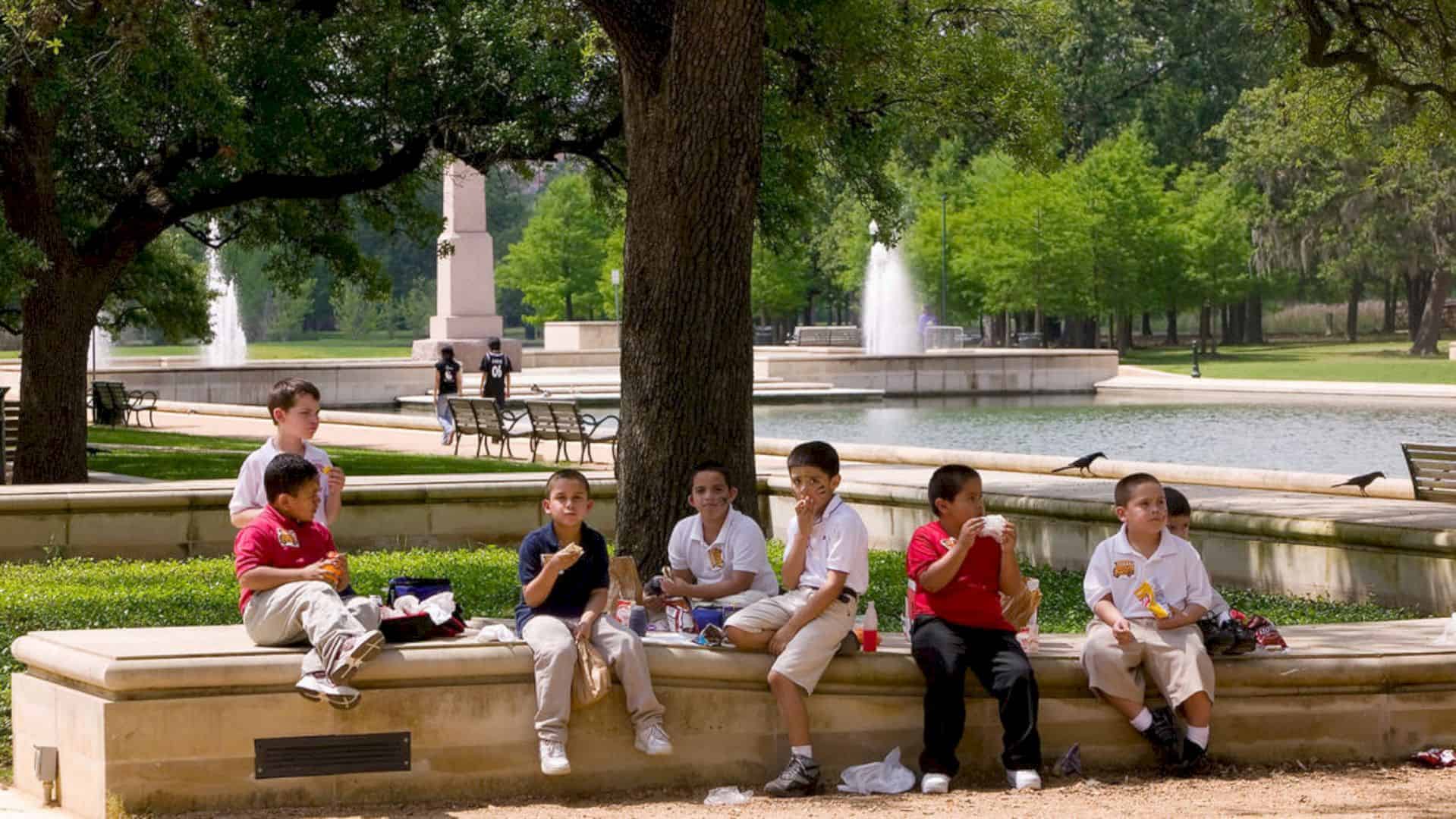 Purposefully, the materials palette was kept simple yet ‘of the region’ in order to establish longevity and continuity. The material here is dominated by limestone which can be found in the reflection pool coping and side walls. To ensure the compatibility of paved surfaces with the limestone elements, a special limestone concrete mix was developed. 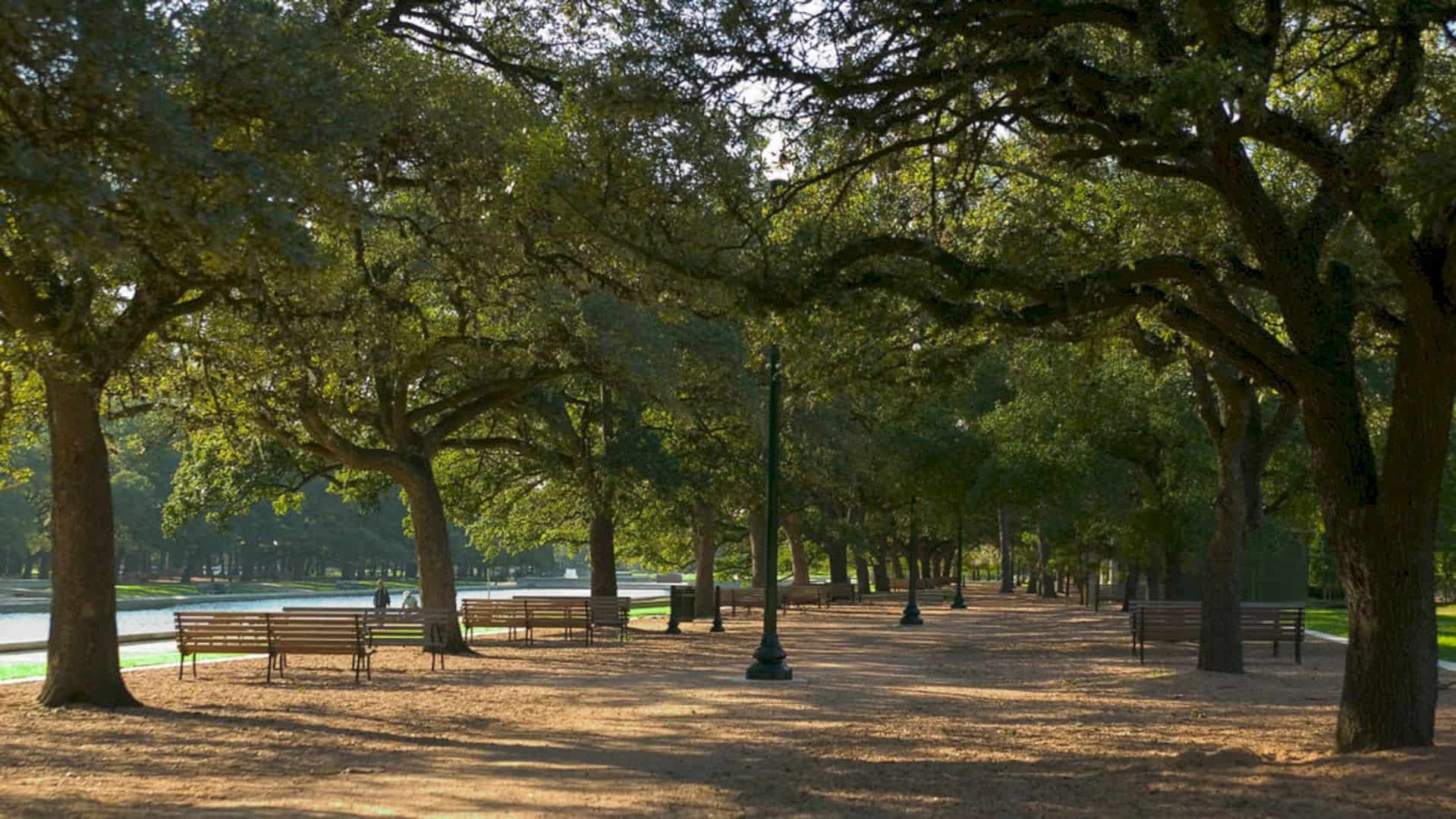 Each park element was drawn, modeled, mocked up on-site, tested, refined, and thoroughly scrutinized by the design team as well the client to make sure the appropriateness of character and scale in the park setting.  The scale of the space was arranged to respond to the larger urban design framework as well as to relate to the people at the same time. 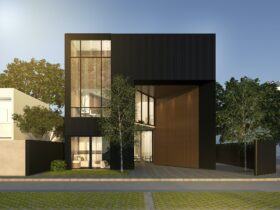