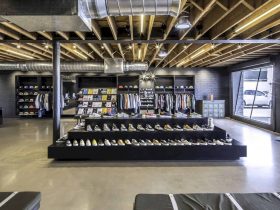 UNDEFEATED: A New Concrete Block Building for A Lifestyle Brand and Retail Store

Kaap Skil, Maritime and Beachcombers Museum is a museum located on Texel Island, Oudeschild, Netherlands. Developed by Mecanoo, the museum will bring the visitors to the village of Oudeschild in the Golden Age. The museum also showcases Dutch traditions in a form of reused washed-up objects which were inspired by the design of this modest yet striking museum building. 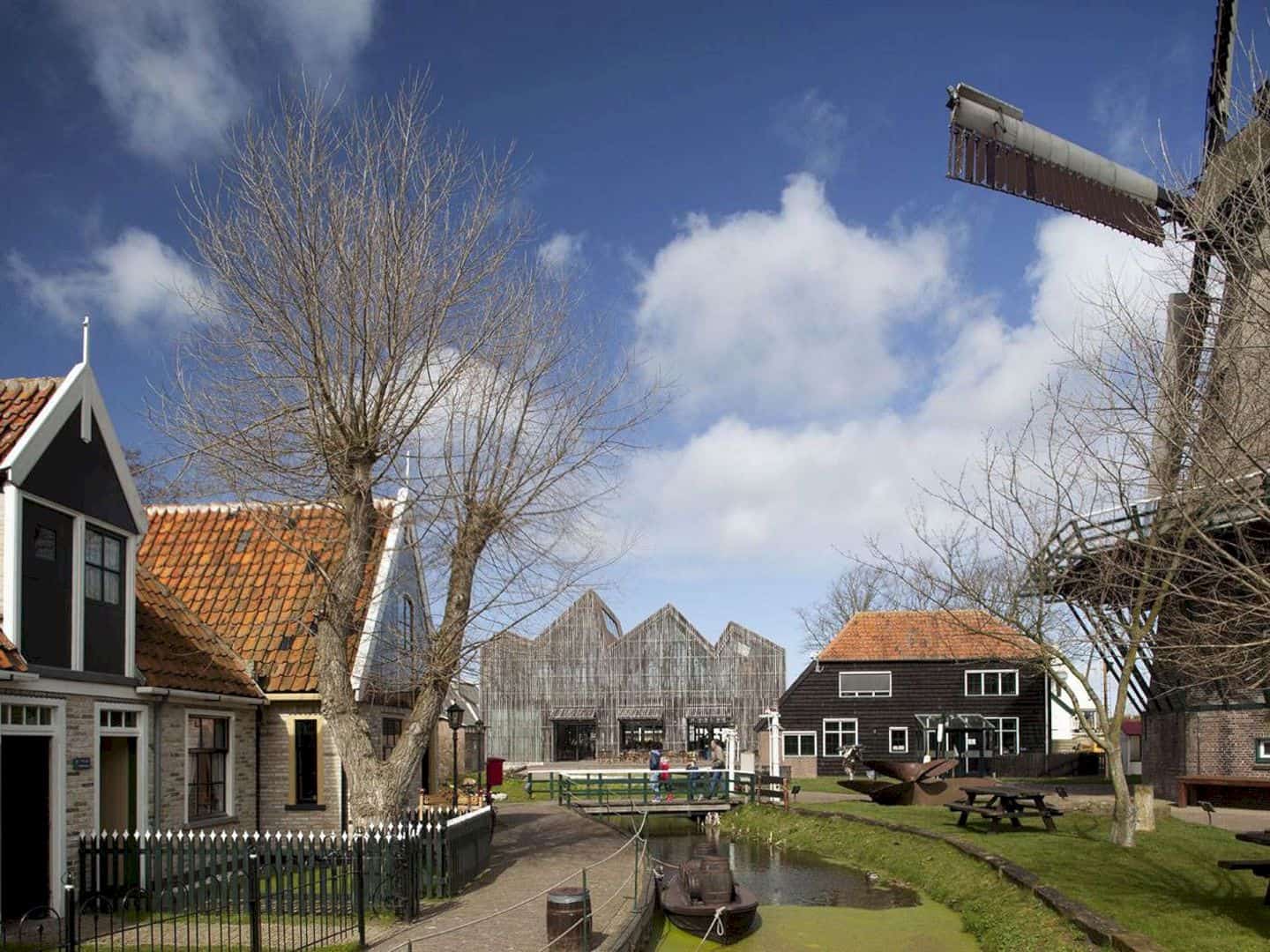 Kaap Skil, Maritime and Beachcombers Museum was designed with four playfully connected gabled roofs acting as a play on the rhythm of the surrounding rooftops. 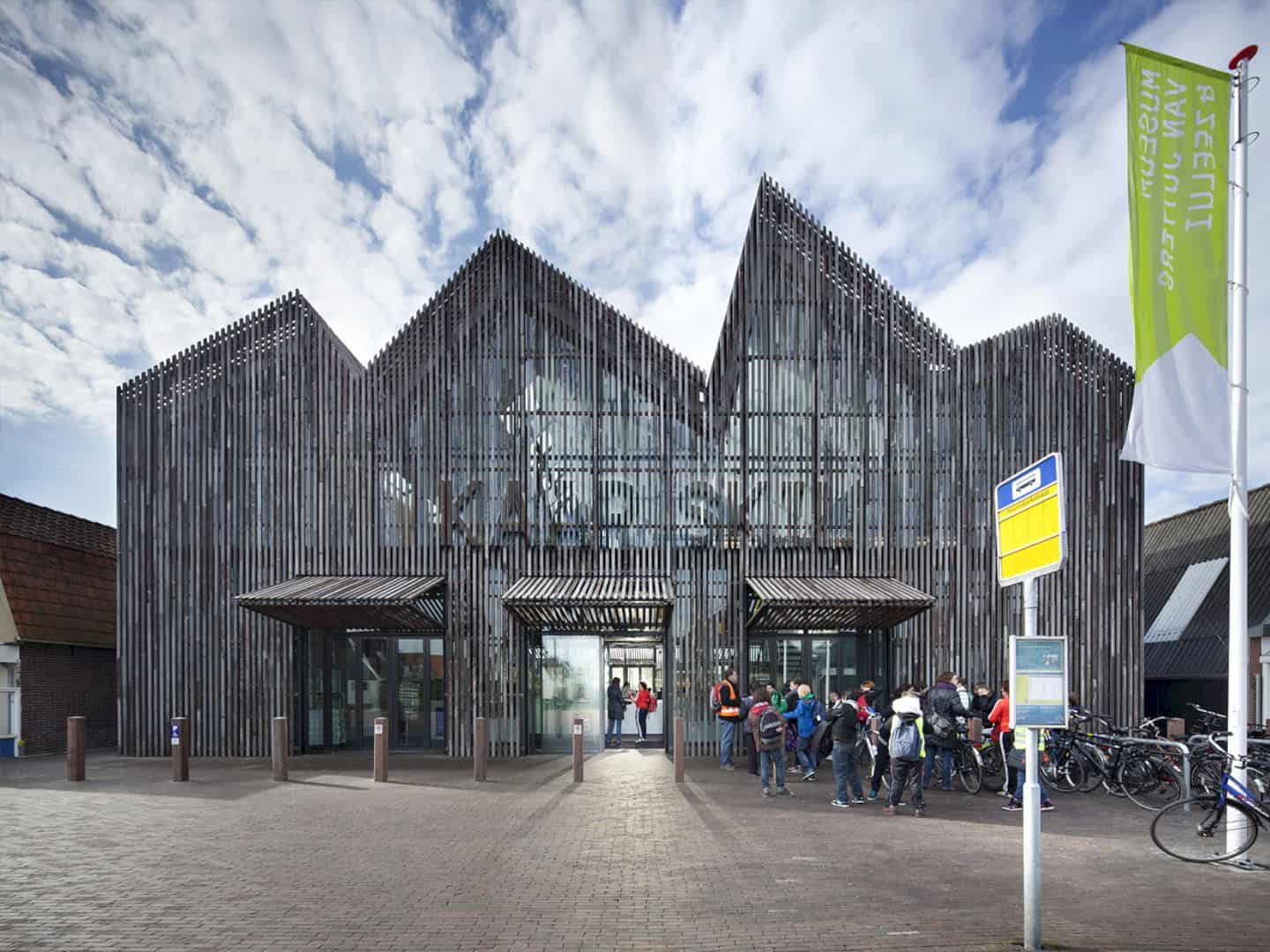 The façade was composed of sawn hardwood sheet piling reclaimed originated from the Noord-Hollands Canal. This particular façade has a characteristic roof of four peaks that highlight the rhythm of the surrounding rooftops of Oudeschild Village. 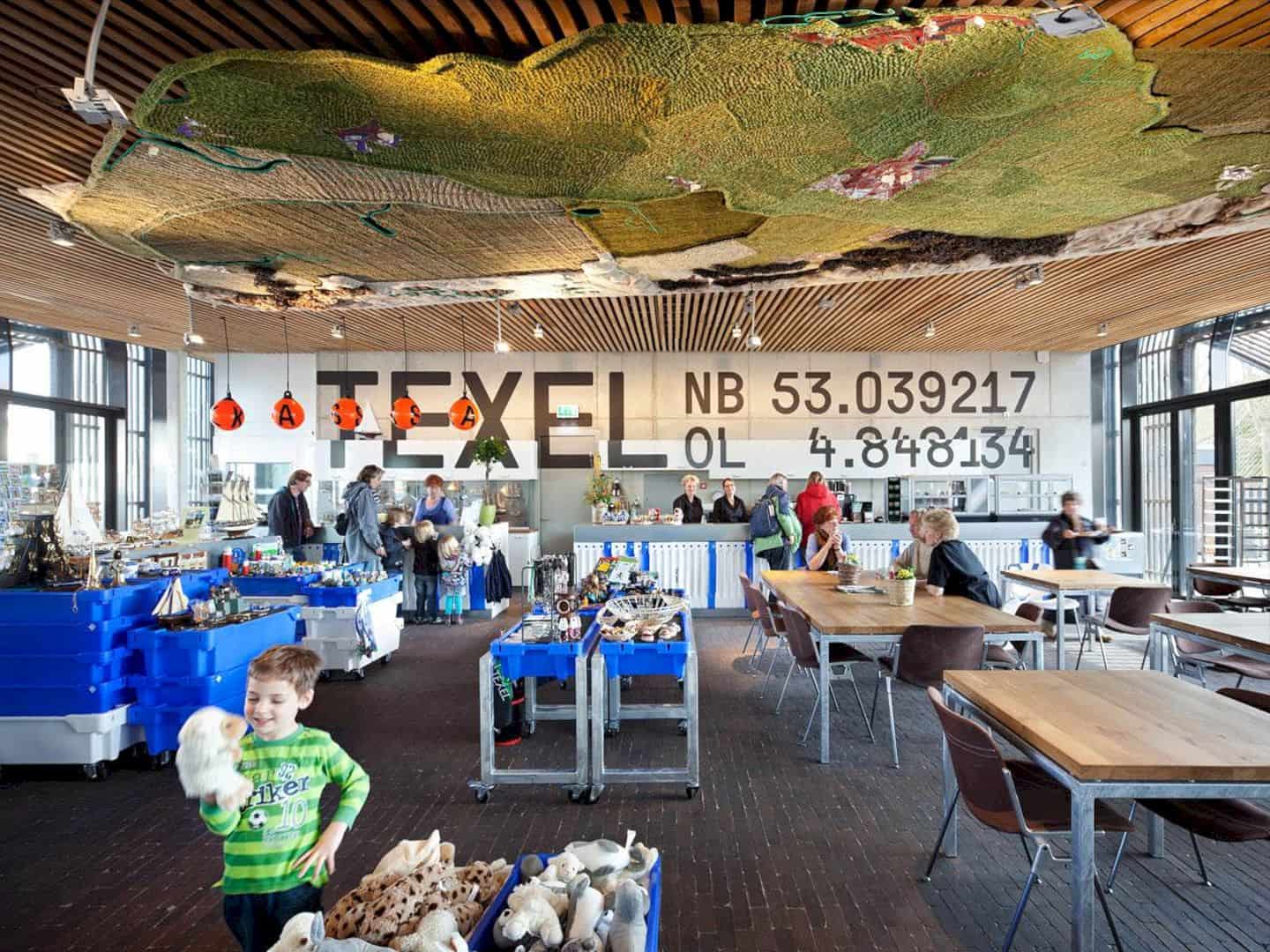 Visitors can access the entrance on the ground floor. Here the museum café is located along with pay desk and shop.

A Rhythmic Play of Shadow and Light 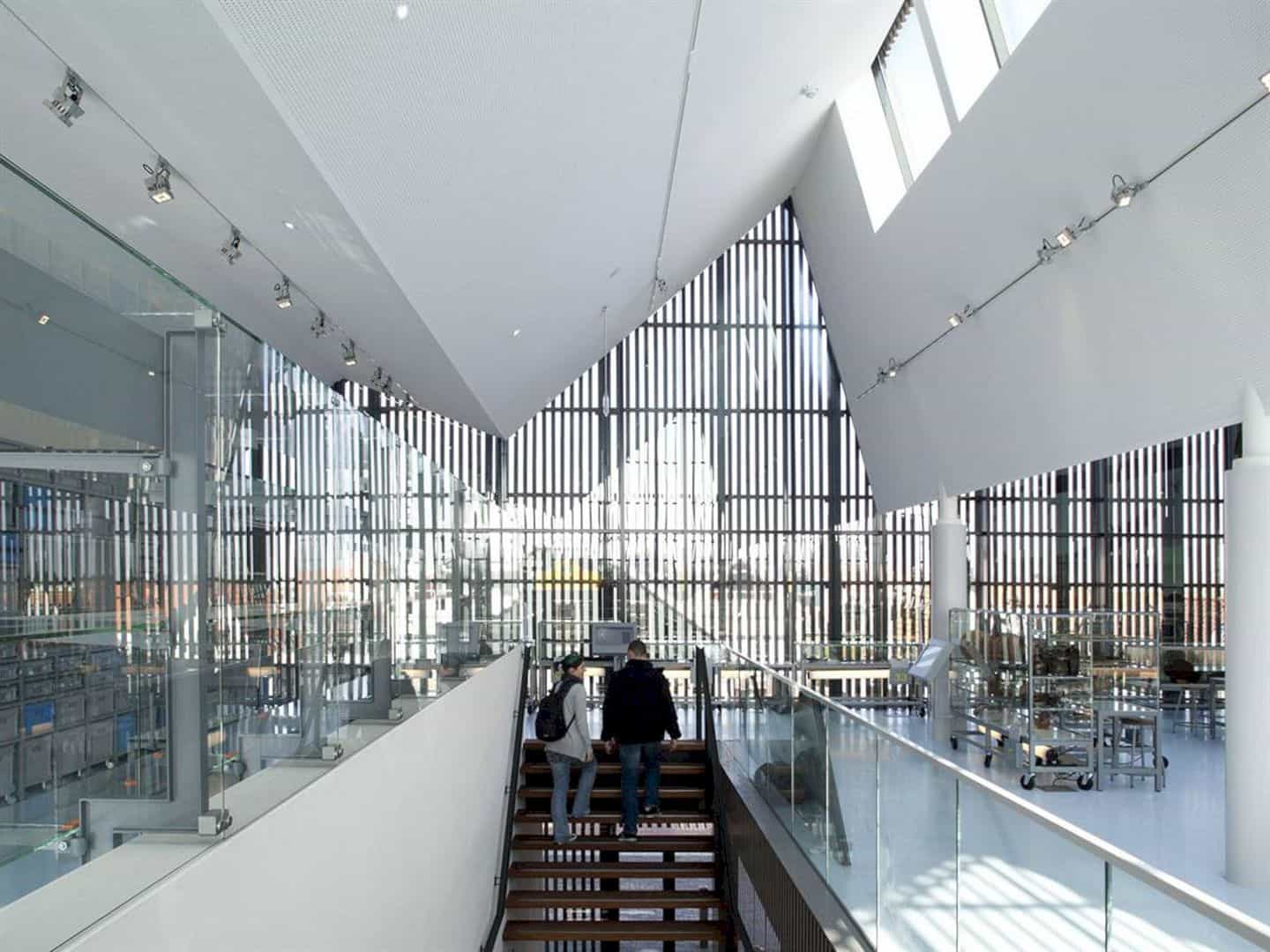 Displaying an outer screen of vertical slats with a layer of glass behind, the textured façade offers views of the Dutch sky that helps create a rhythmic play of light and shadow inside the building, particularly clear on the first floor. 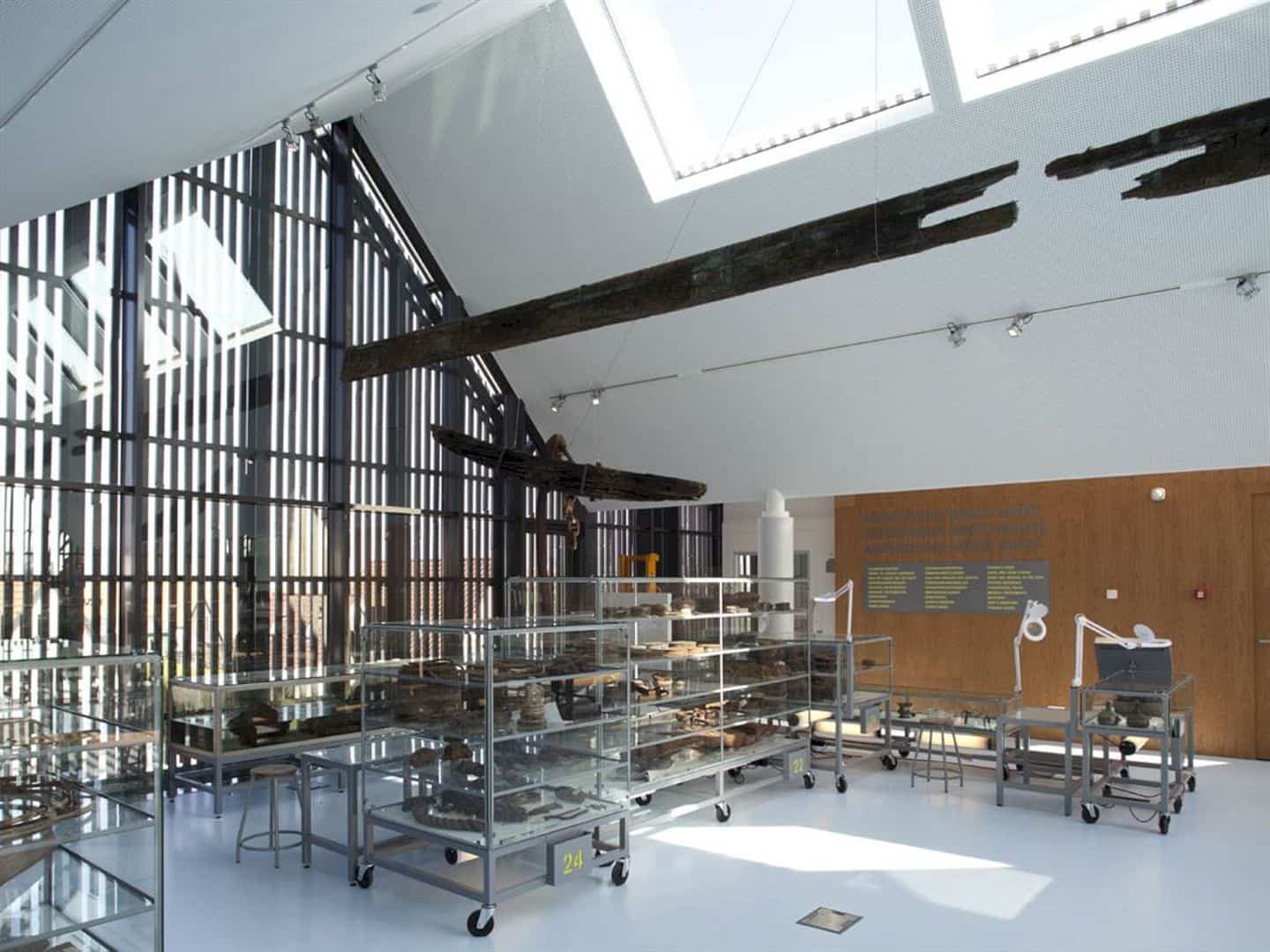 Meanwhile, the first floor houses the underwater archaeology exhibits and beachcomber collection with artifacts showcased in mobile vitrines made of glass and sturdy steel frames. 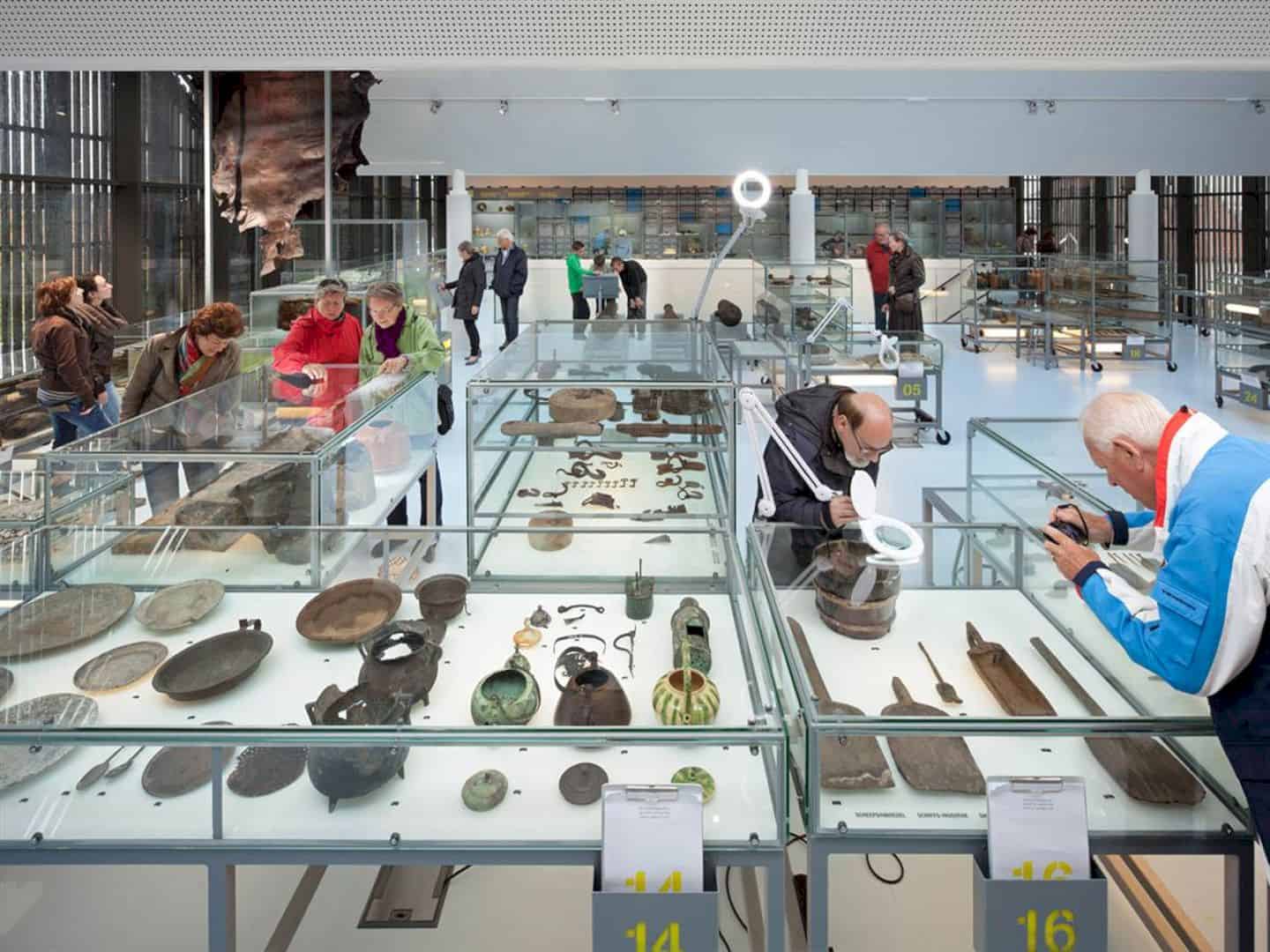 With such display, the objects in the collection will appear as if they float within the space. 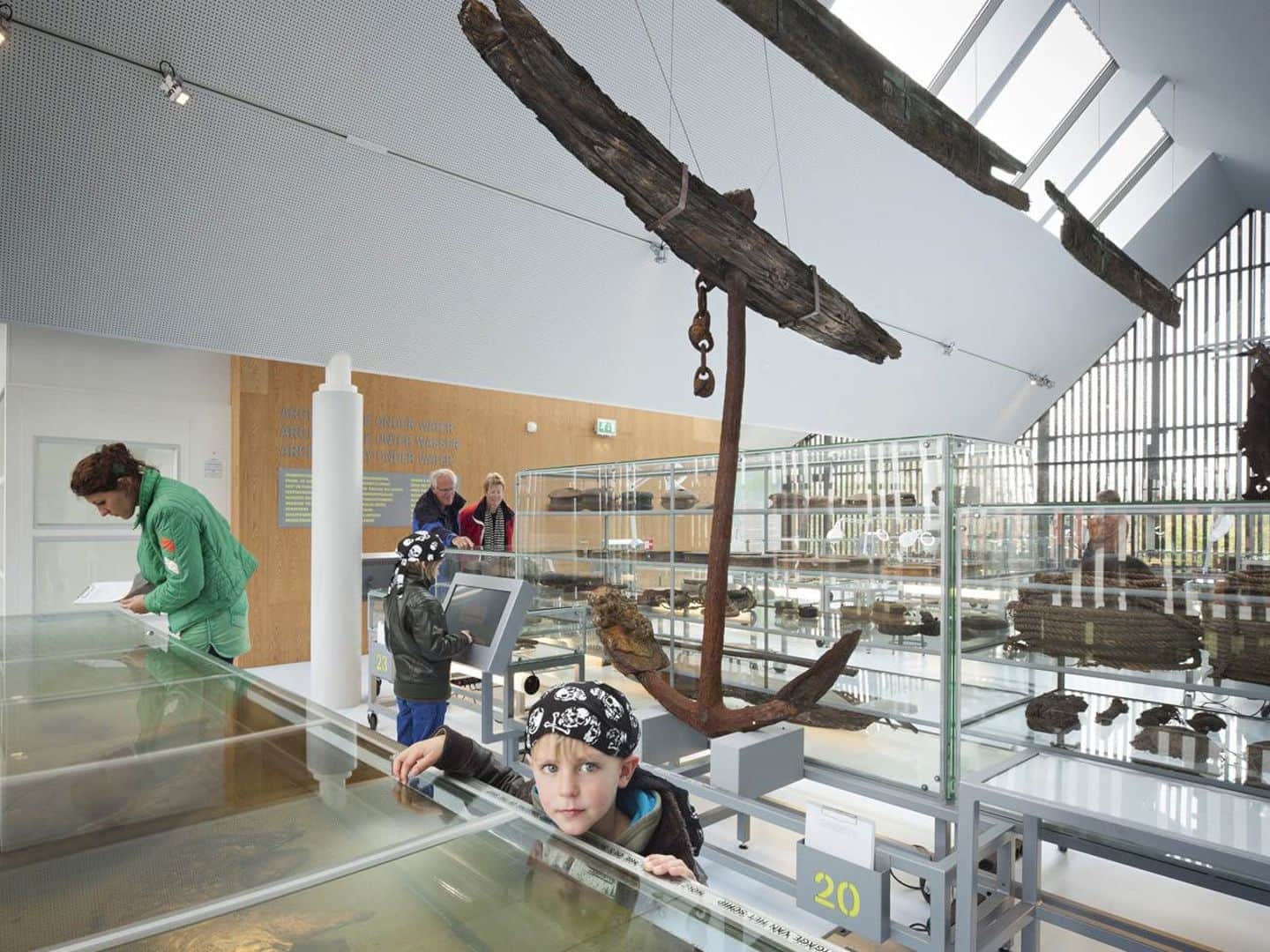 The sense of space heightens and light makes a contrast between the openness of the first floor and the enclosed basement with a lower ceiling.

Reeden van Texel is an 18m x 4m pièce de résistance of Kaap Skil Maritime and Beachcombers Museum. This model displays projections and atmospheric lighting that will guide the visitors through the exhibition area located on the first floor.