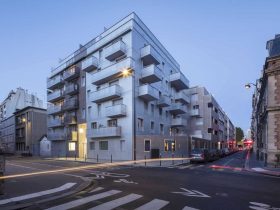 In Finland, Ring Rail Line becomes one of the coolest train stations for the citizens. The construction started in 2009 and the line is operated in June 2015. This line is built for some clients who wish for modern and awesome underground stations with the best design and also the best technology. PES-Architects is the one who succeeded to make this as the best public facility. 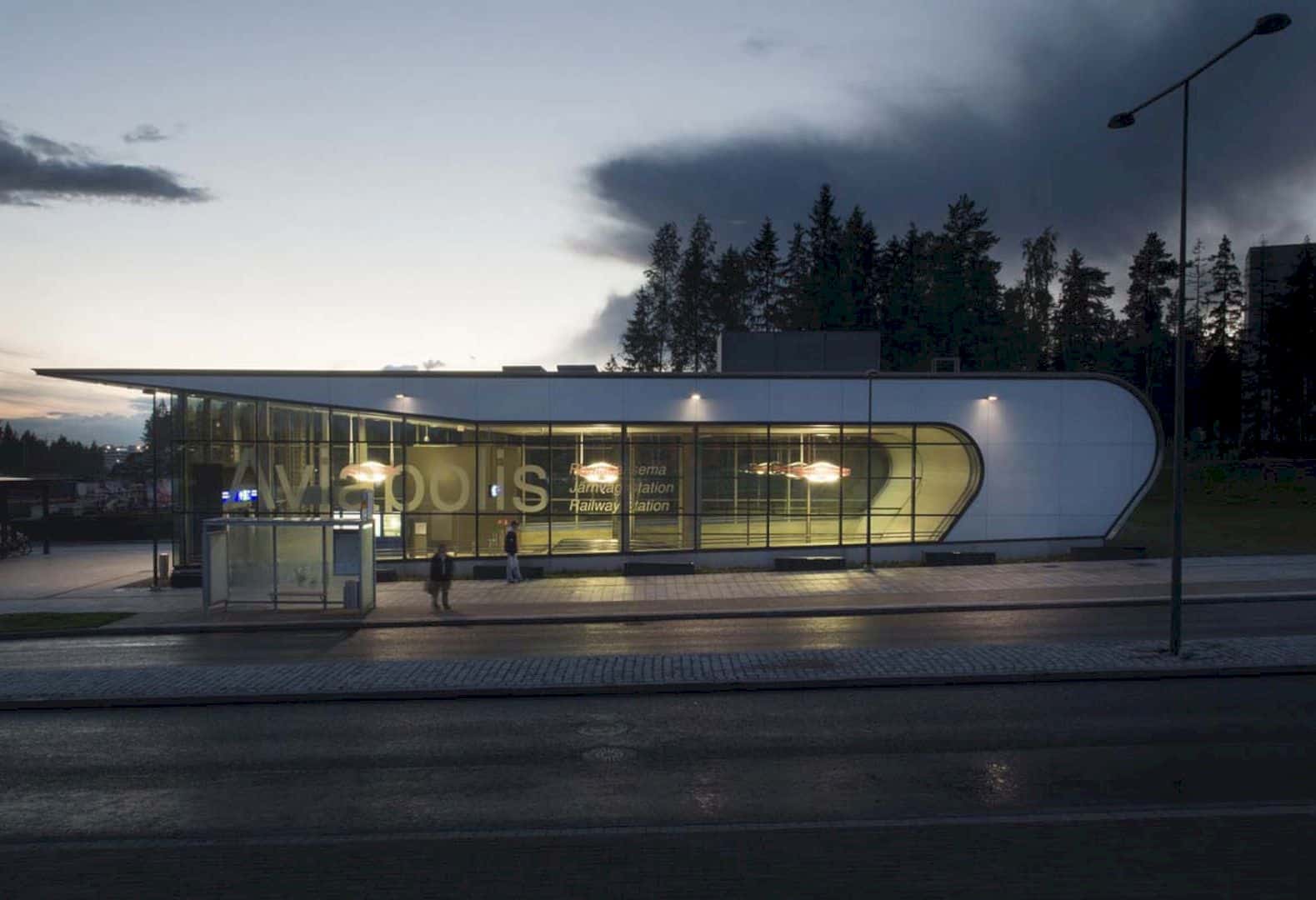 Ring Rail Line is built to connect the main line of the Vantaankoski line via the Helsinki-Vantaa airport. It will also create a rail loop which is linking to the center of Helsinki city. The line offers the best public transportation for Vantaa. 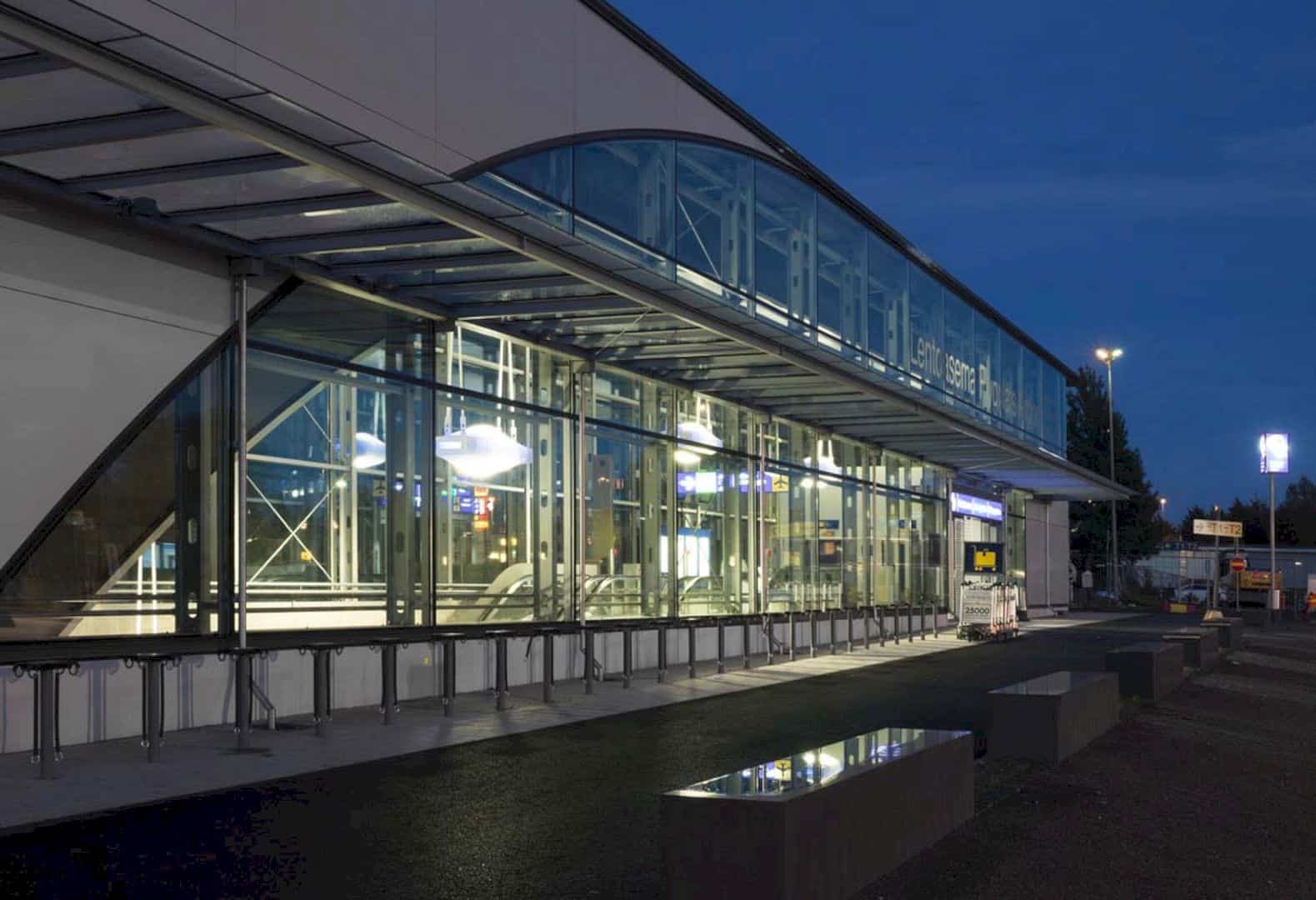 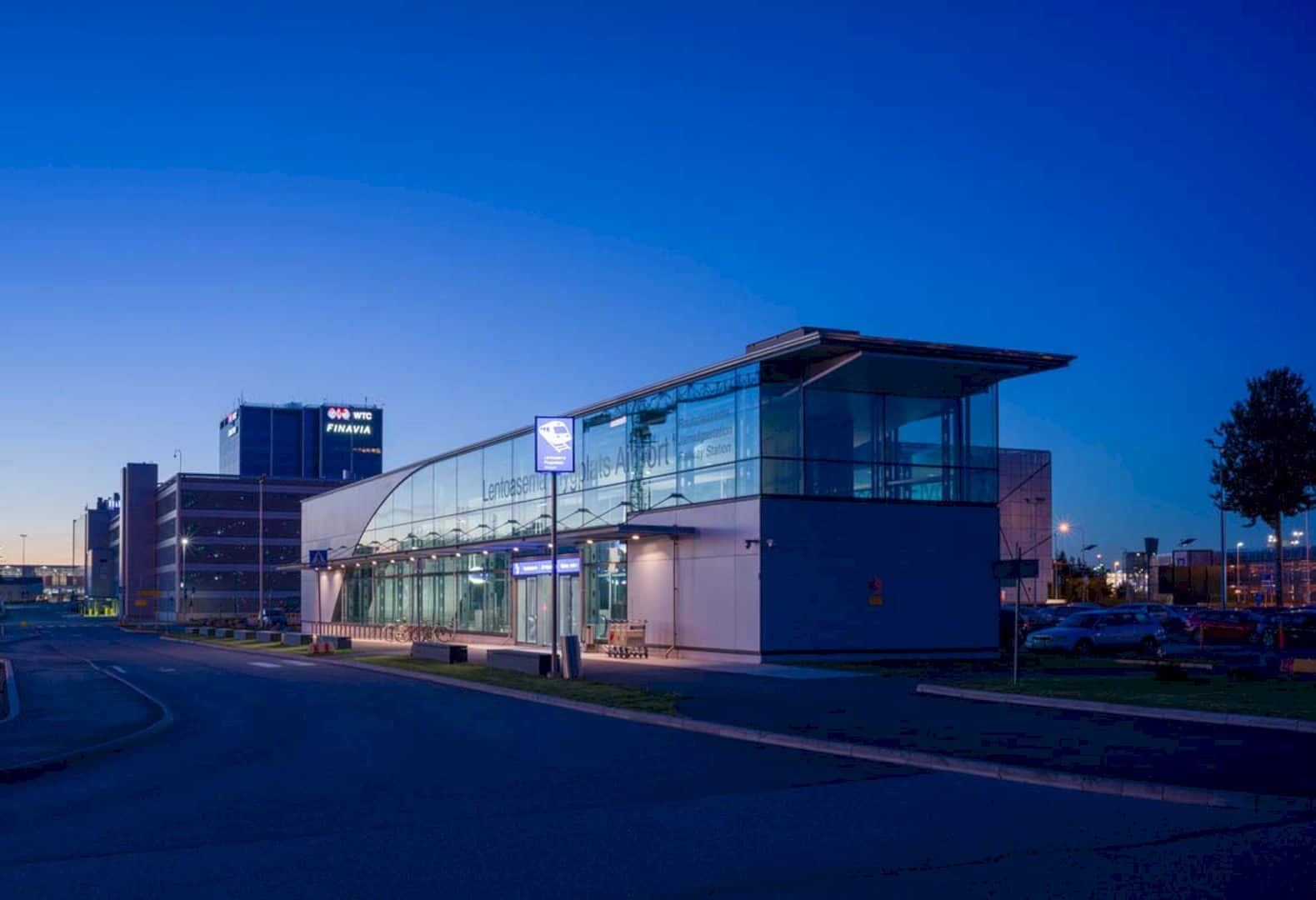 PES-Architects make Ring Rail Line as an important part of the urban rail network in the Vantaa for connecting the commercial areas, industrials, and also residential to the Helsinki-Vantaa Airport. With the 18-kilometer line, Ring Rail Line will also facilitate some ride services and park around the line. 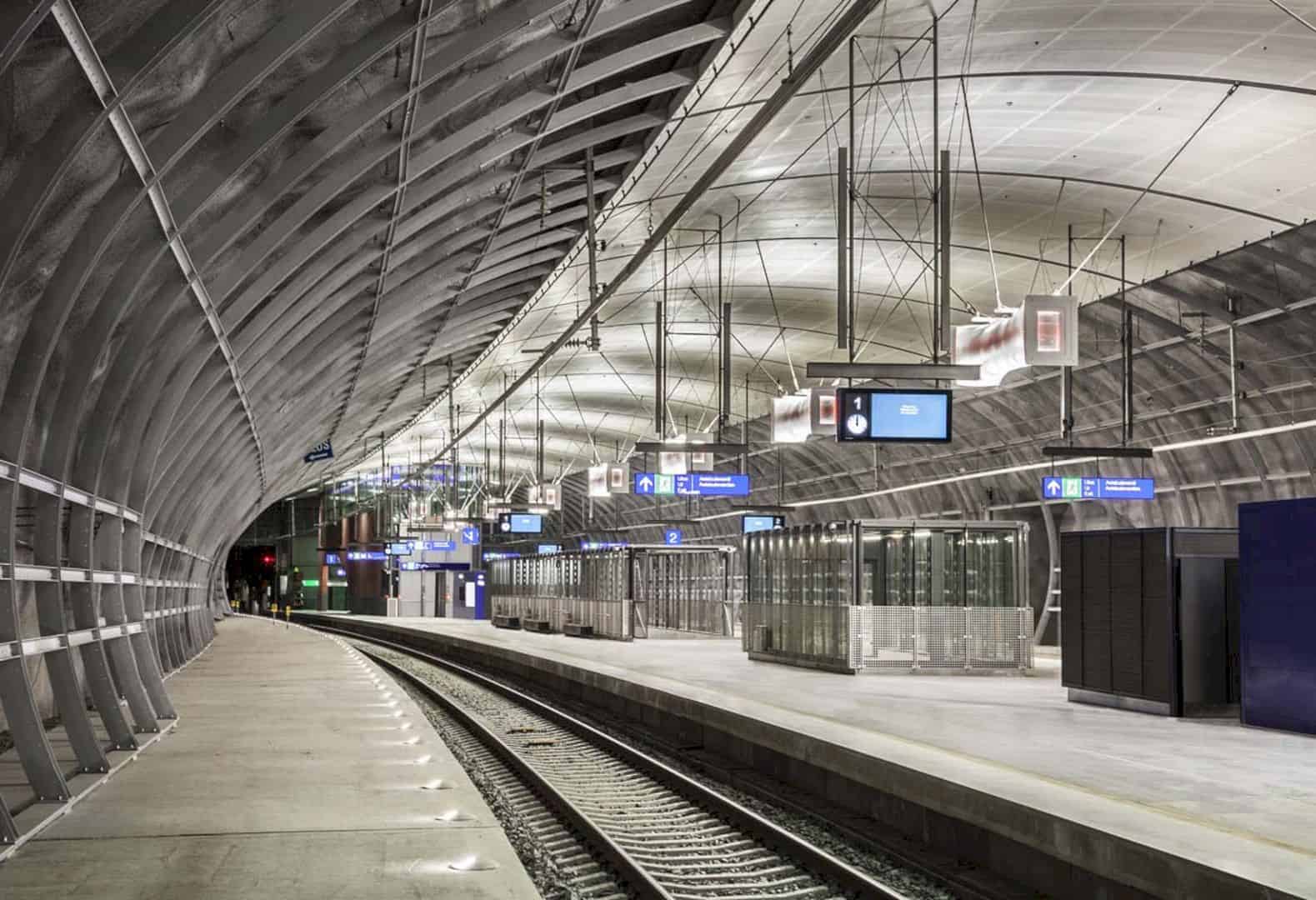 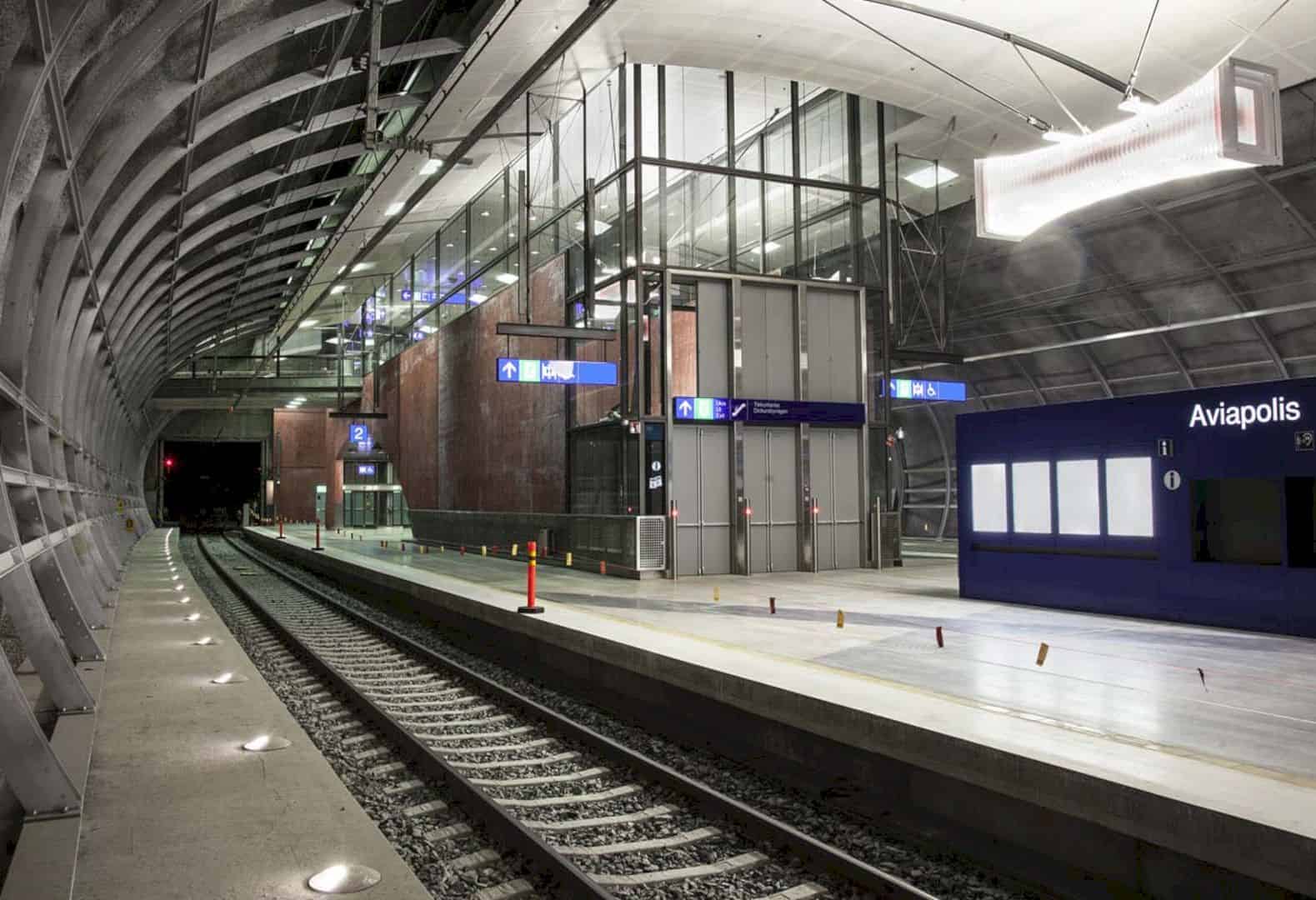 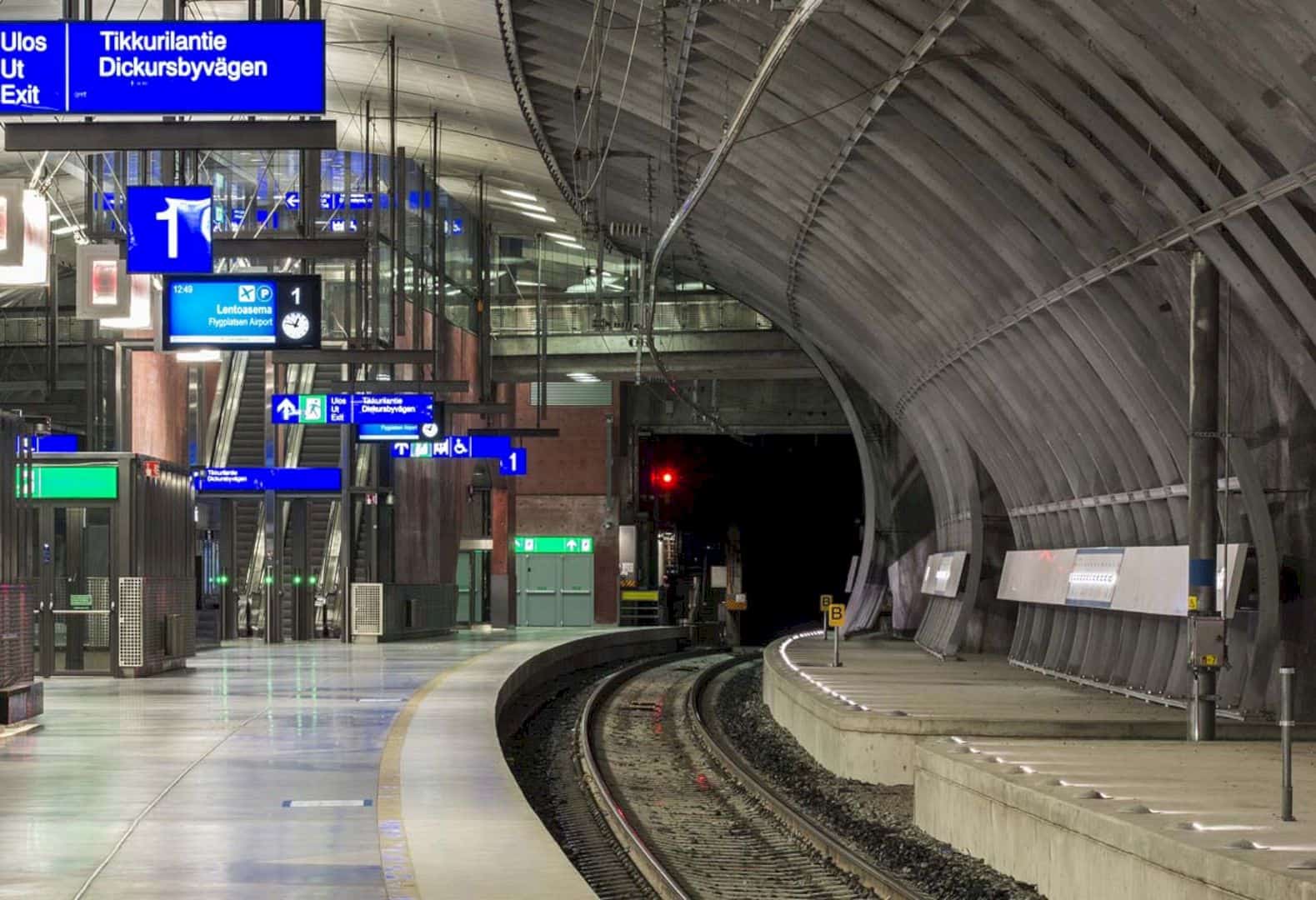 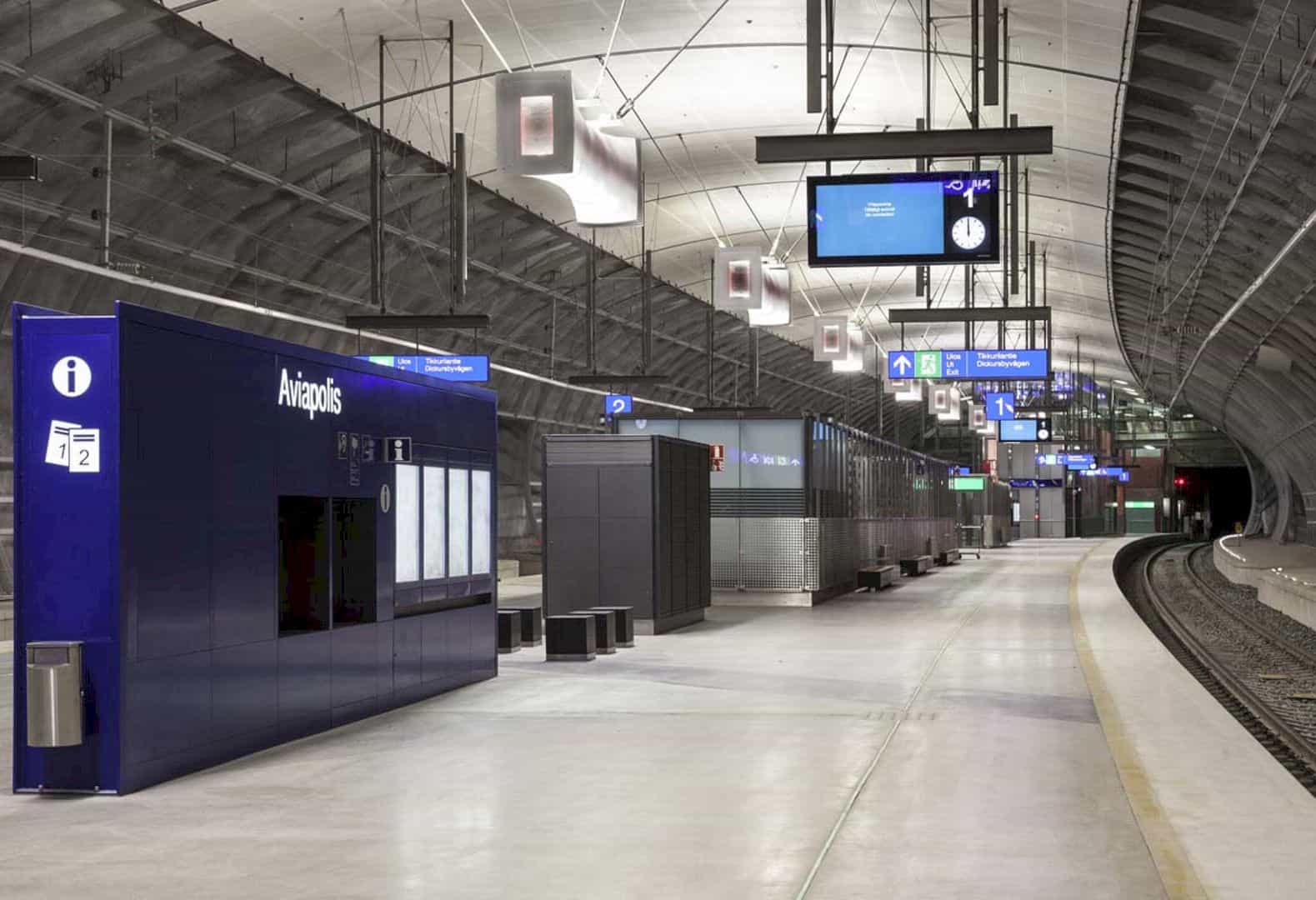 This awesome train station has a two-track urban line for the passenger traffic. With the new SM5 low-floor trains, it will run in both directions for the peak periods. It just needs half an hour to reach the airport from the center of Helsinki. The trains have 120 km/h for the maximum line speed. 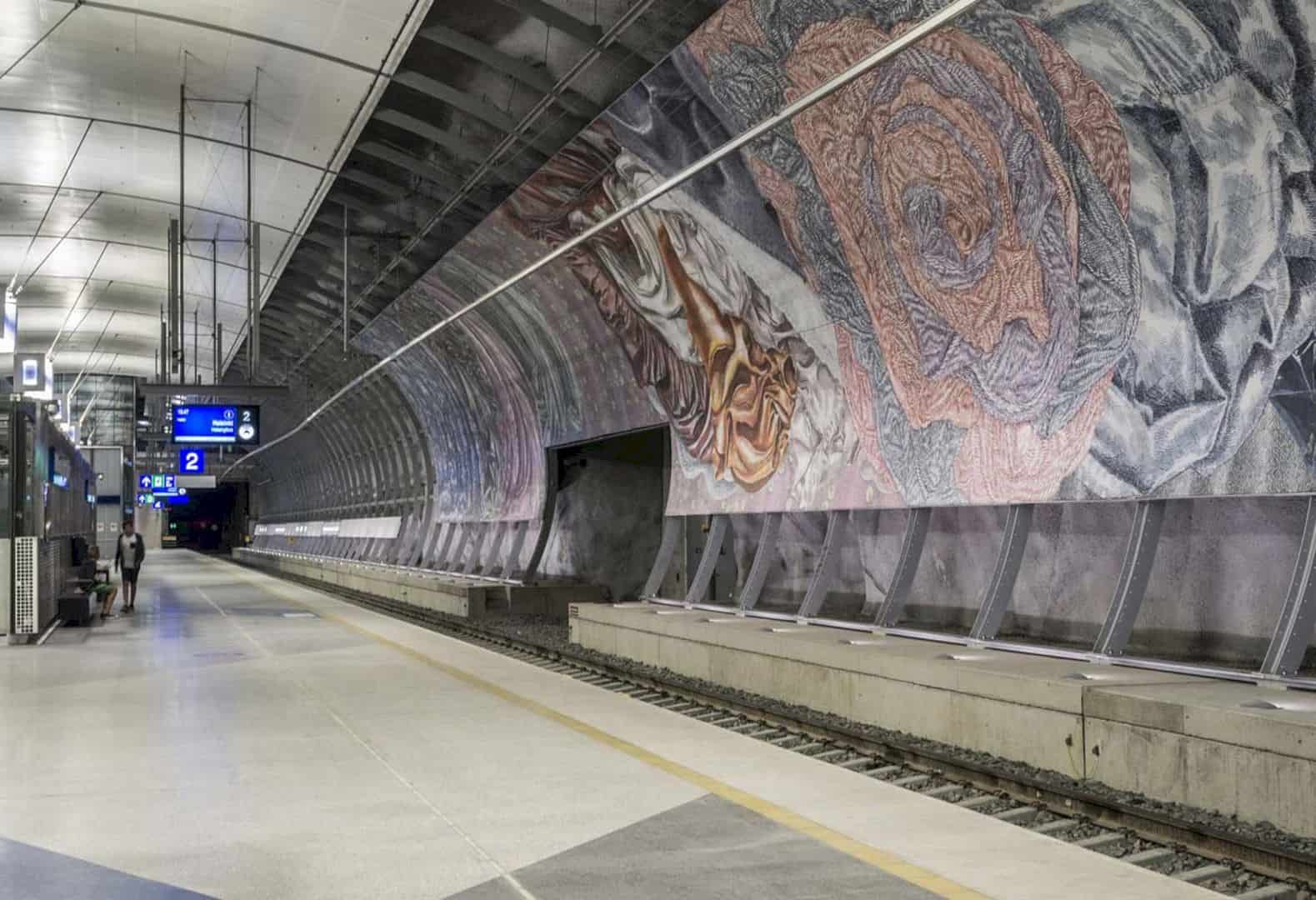 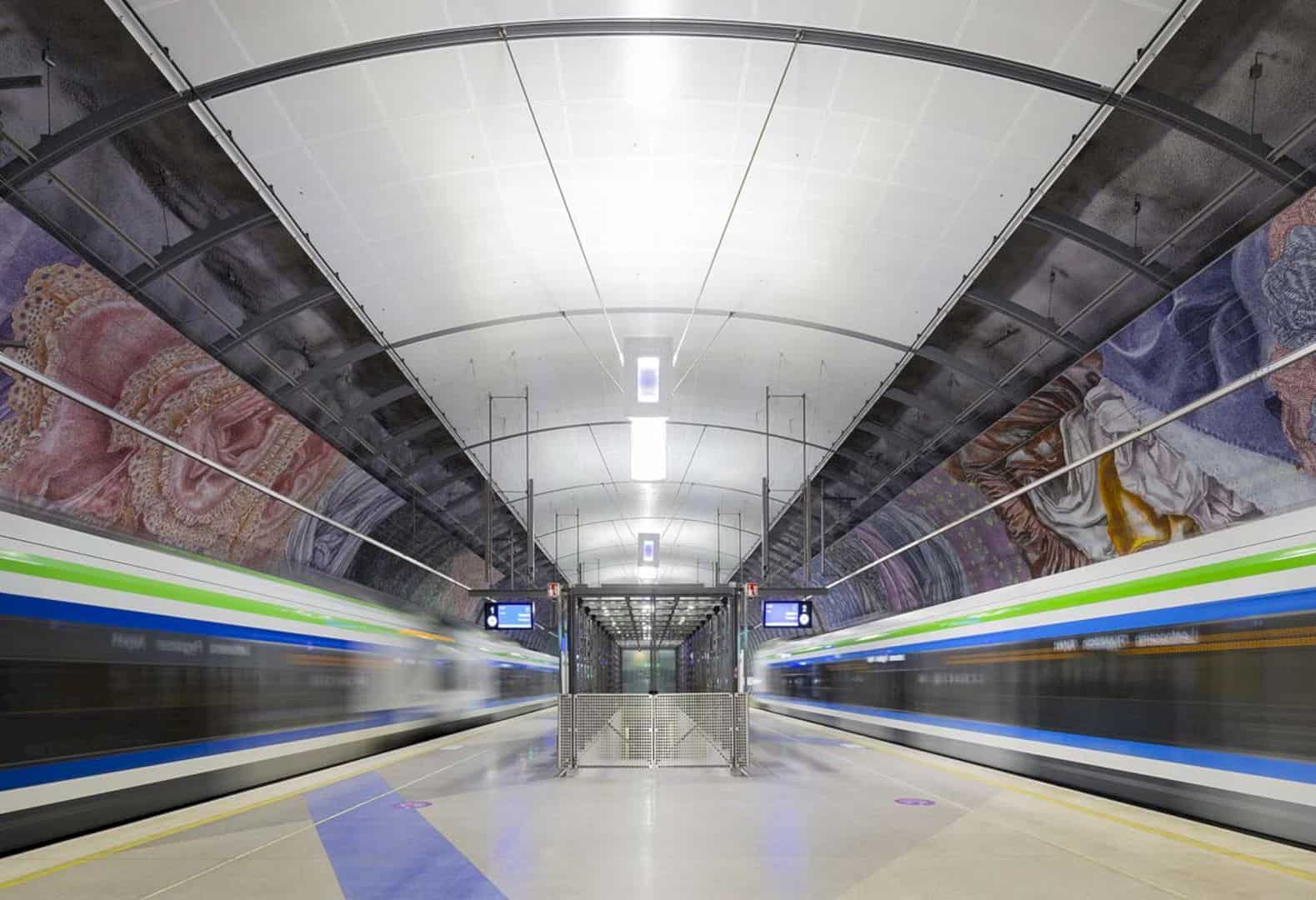 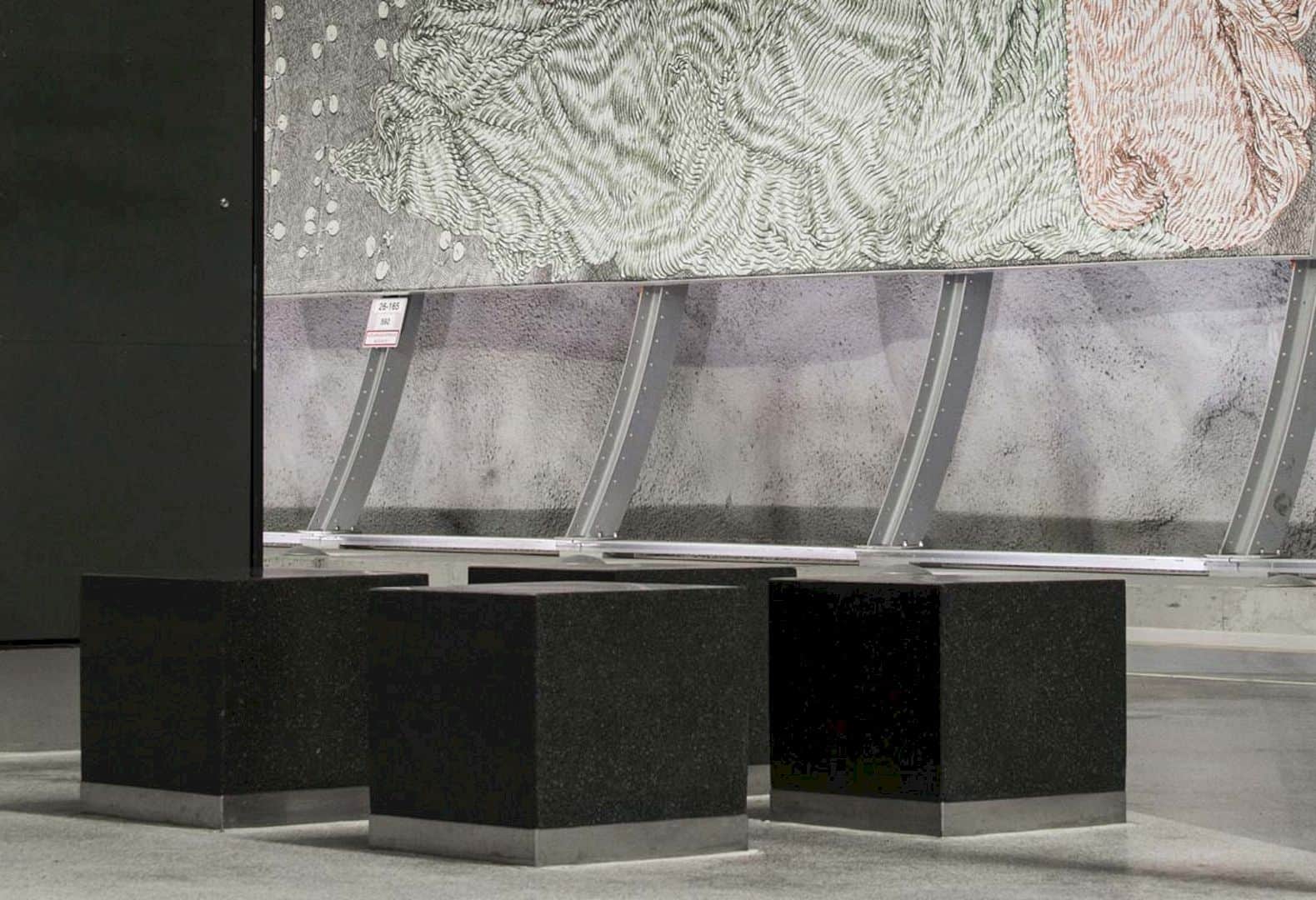 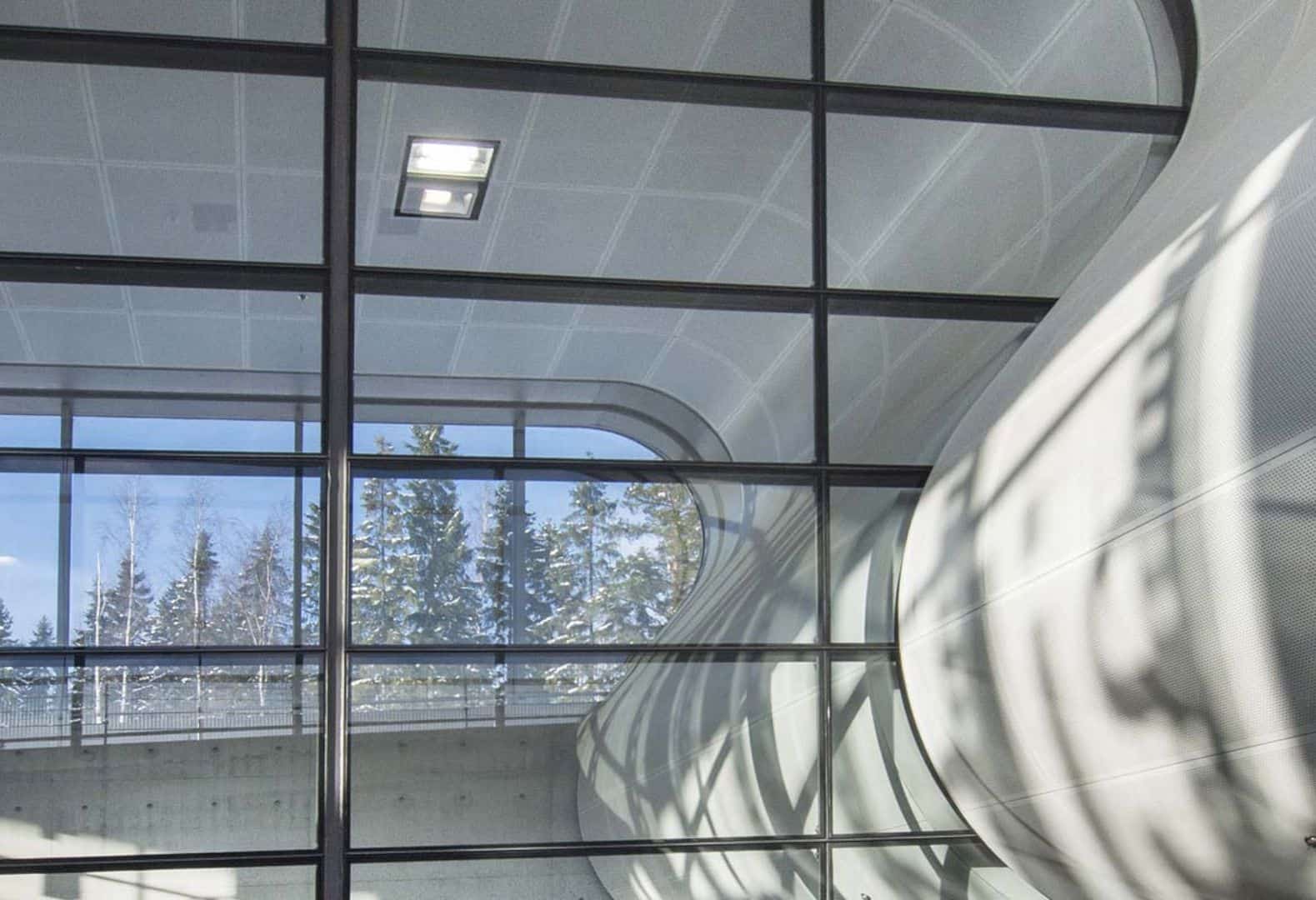 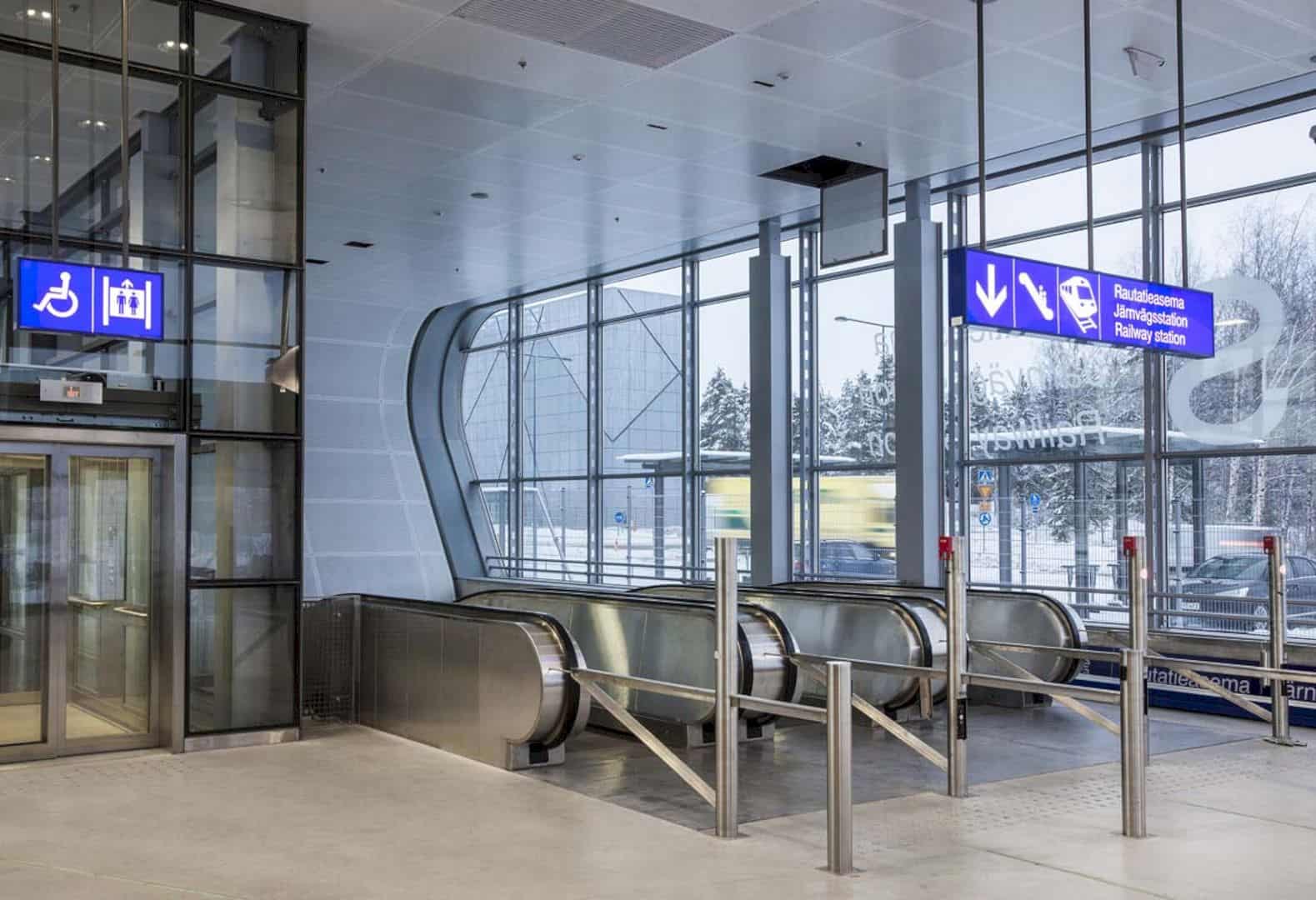 Some of the walls and train entrances are designed with the clear glass material. This kind of material will not only make the station looks awesome from the outside but also create a unique lighting for the station interior through the clear glass. 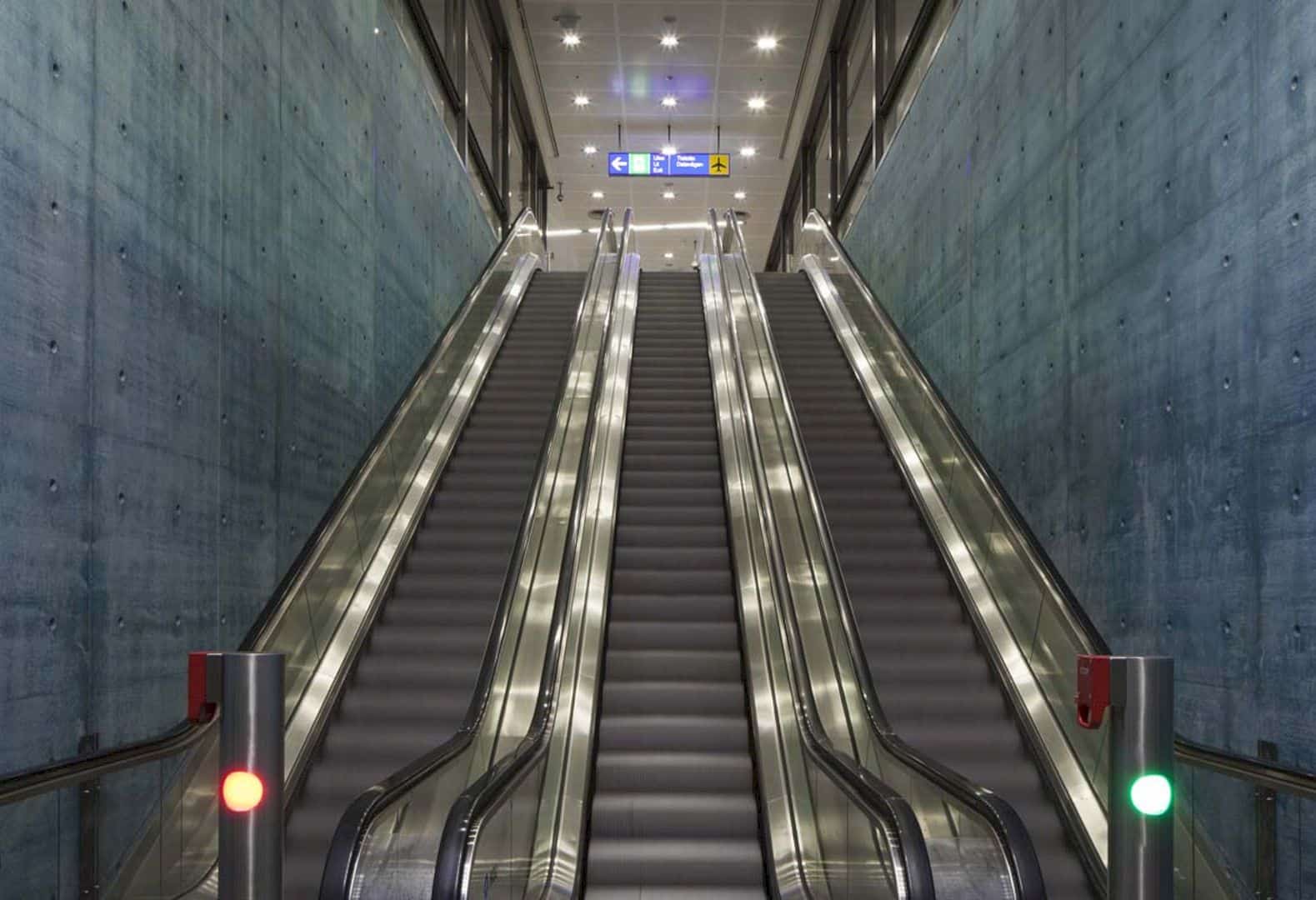 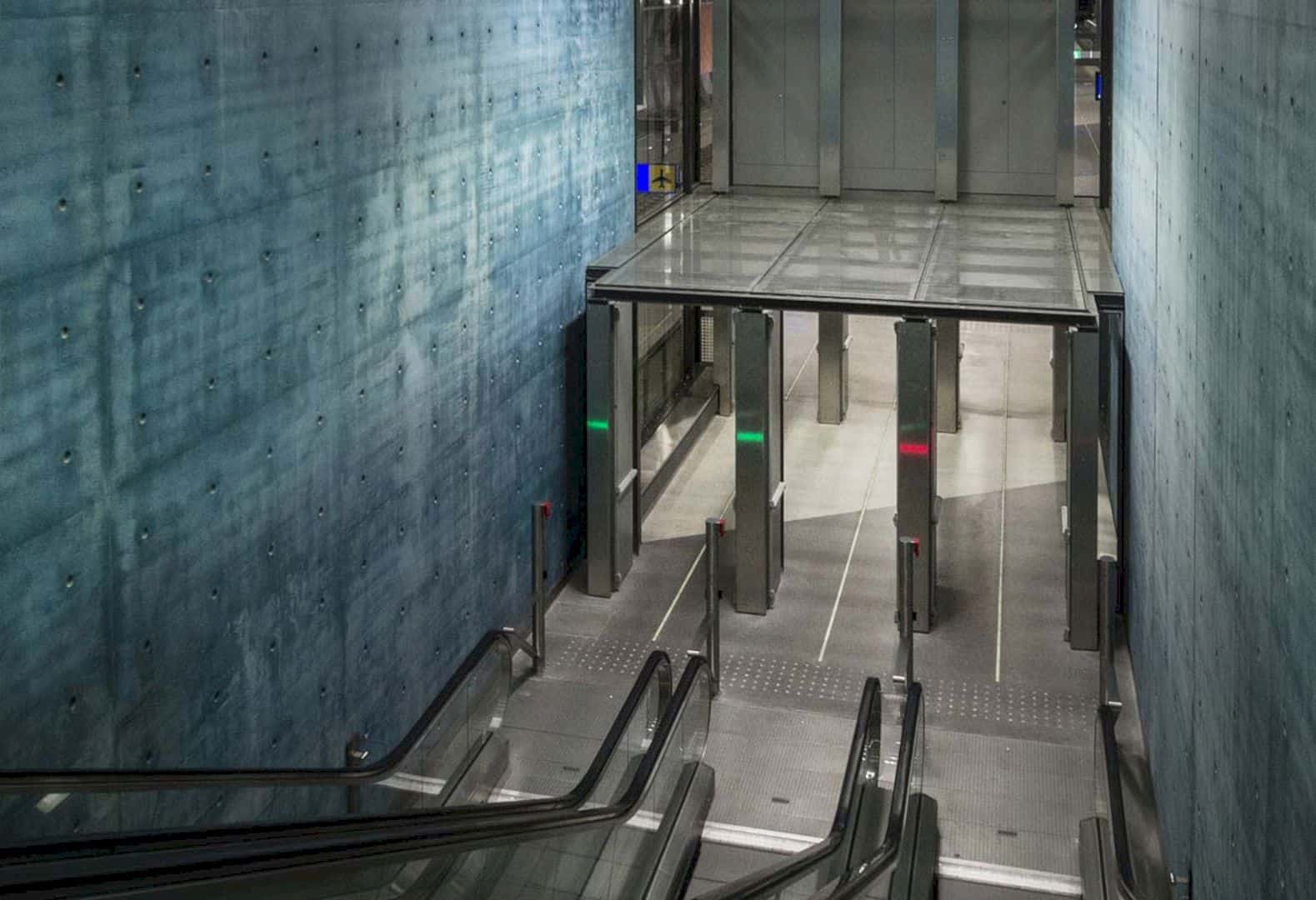 Most of the Ring Rail Line station is made from two main material combination, concrete, and aluminum. Both of them are used for the wall and the escalator inside the station. With those solid materials, the train station is not only elegant but also having another unique thing to be seen. 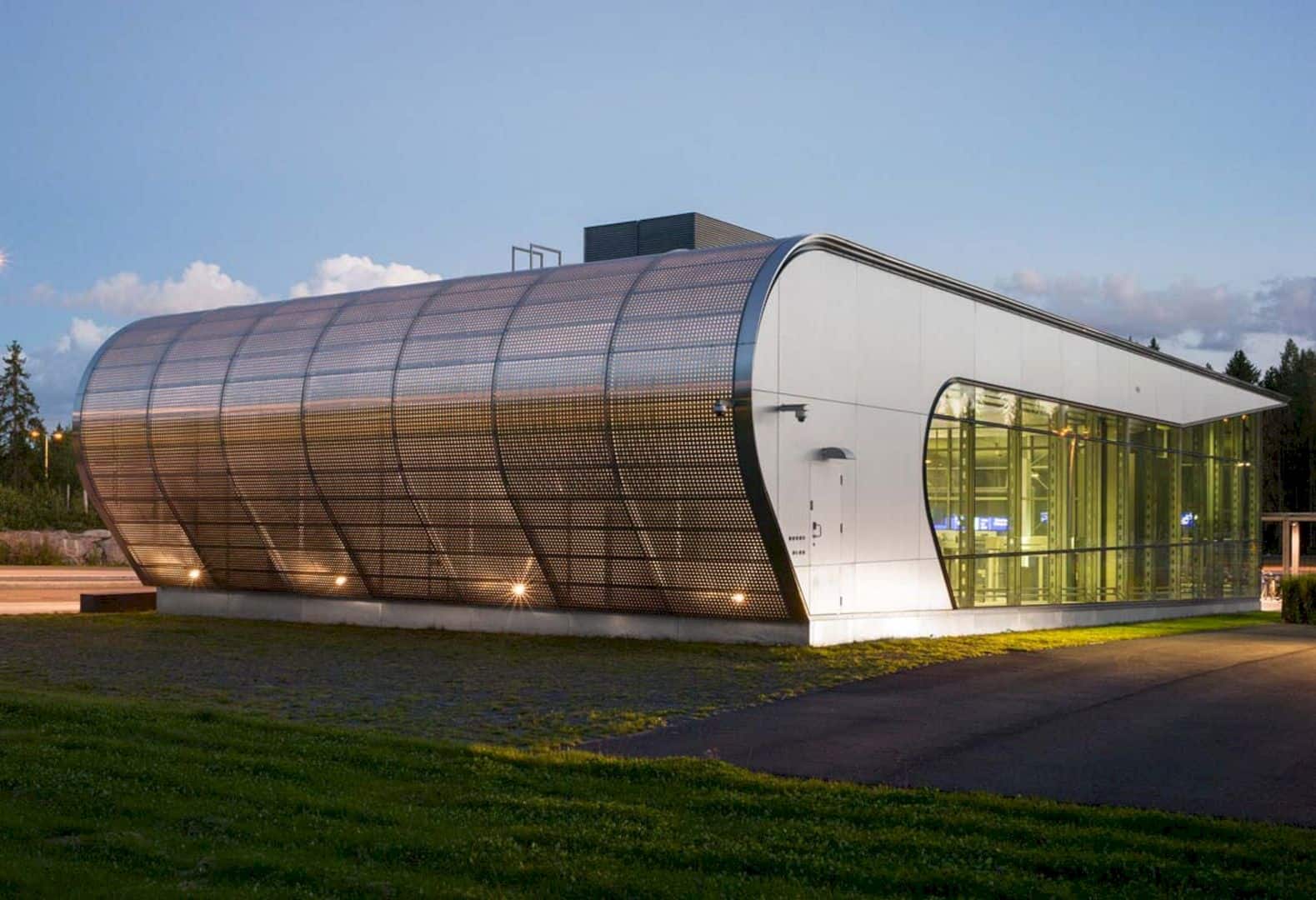 Each of Ring Rail Line station platform has a different design, like the service shafts, the above entrance building, the exit routes, and even the emergency escape routes. PES-Architects is not only creating an amazing underground train station but also an interesting station that doesn’t make the passenger feels bored.