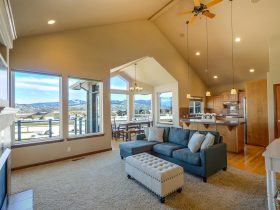 What to Look for in a Quality Sofa

What would life be like without plumbing? For one thing, you wouldn’t be able to take any showers. Nor would you be able to use the toilet!

Instead, you’d have to fetch water by going down to a well or river each morning. Talk about a hassle!

Thankfully, that’s not something that we have to deal with nowadays. After all, most if not all houses have plumbing systems — we can just rely on that.

But how do they work really? Want to know?

Then make sure to read the rest of the post. We’ll be going over all the plumbing basics that you need to know about below!

How Does Plumbing Work?

Home plumbing is relatively straightforward. Basically, there are two systems that work together — the water supply system and the drain-waste-vent (DWV) system.

More About the Water Supply System

The water supply system connects your house to a municipal water source. Once the pipes reach your house, they branch out to deliver water to toilets, showers, faucets, and appliances such as dishwashers and washing machines.

For those who don’t have access to city water, the pipes may be connected to wells. In cases like that, the water must be pumped into the home at high pressures.

More About the Drain-Waste-Vent System

The DWV system is responsible for carrying wastewater from sinks, toilets, showers, and water-using appliances to the public sewer or septic tank. Generally speaking, it consists of three parts — drain pipes, drain traps, and drain vents.

As it is, however, they’re prone to clogs. For example, it’s not uncommon for hair or grease to cause problems in the bathroom and kitchen respectively.

Note: DWV pipes are usually hidden out of sight either beneath the floors or behind the walls.

Caring For Your Plumbing System

It’s important that you care for your pipes — that way, they’ll last longer. After all, who wants to pay for costly repairs?

For one thing, you want to avoid chemical drain-clearing products. While they work for clogs, they can also erode your drain pipes.

During the winter, it’s also a good idea to add pipe insulation to the plumbing in the garage, basement, and other cold areas of the house. That’ll prevent them from freezing, which can cause various issues such as a burst pipe.

If anything, the most important thing is to fix any problems as soon as possible. You don’t want to wait until it becomes a serious issue before calling a plumber.

Now you know all about the plumbing basics! To summarize, the plumbing system in your house is made up of two subsystems, both of which are just as important.

For more posts like this, visit the rest of our site!