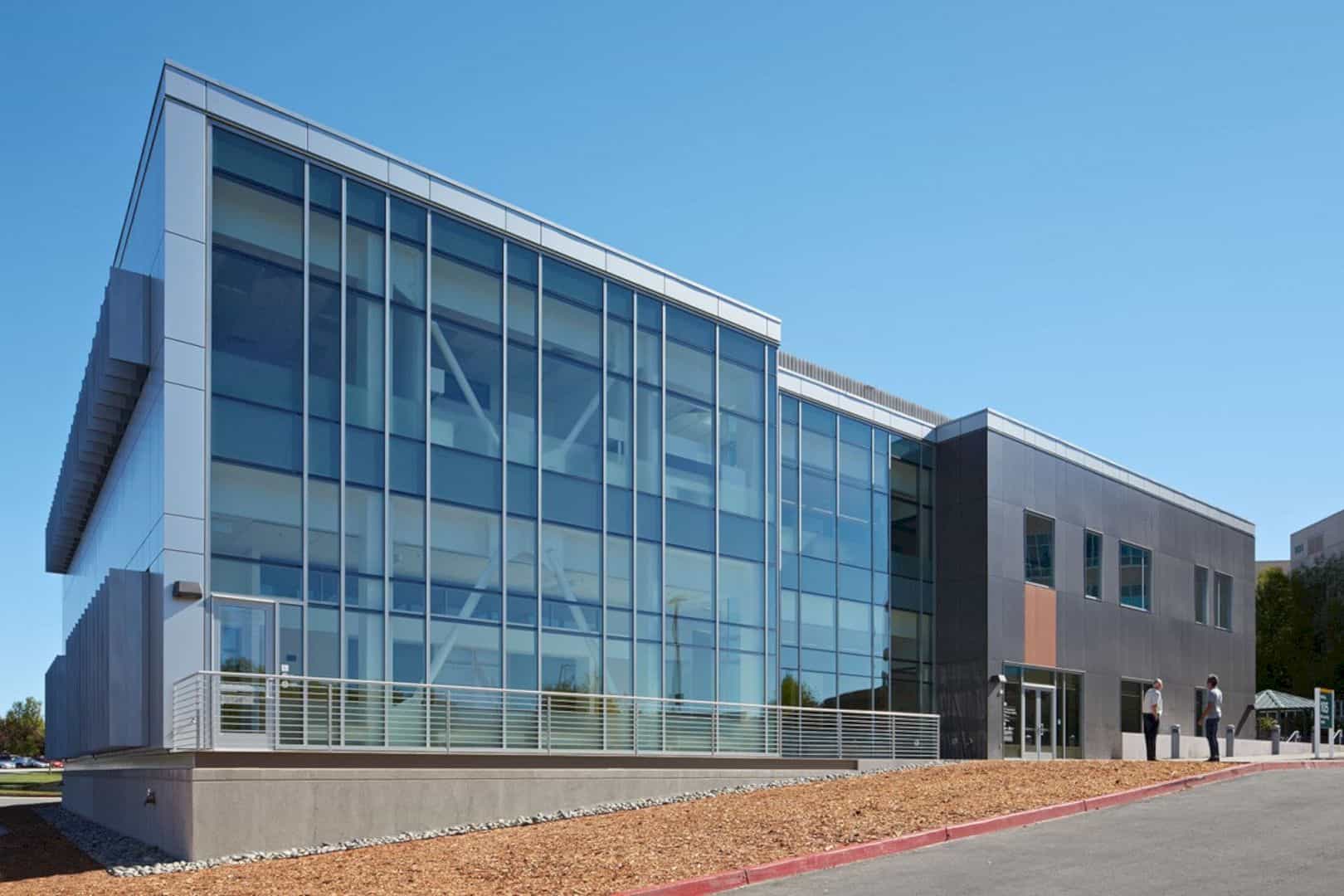 Buildings have a lot of variety whether in term of their forms or functions, and have been adapted throughout history. It’s no secret that Europe is home to some of the unique architecture of the most remarkable in the world. Creativity is always appreciated, and the foundation of an amazing thing around us. The unique design of architects and designers has been appreciated for some exceptional job. The uniqueness of a building comes from the imagination and creativity of its designer.

Modern architecture can mean anything; it does not need to be an expert to enjoy some of the uniqueness of this remarkable building. Some remarkable buildings below are designed to draw a reaction and attentions of wonder, while others are amazed just by its existence.

Kinemax which was opened in 1987 is a gigantic quartz crystal. Its structural design looks like a colossal rock emerging out from inside of the earth of the earth, symbolizing intelligence and perfection of nature. The building torso is purposely inclined at 60% and 35 meter pointing to the sky, set by the 3000 disc mirror surface of the metal bolts deployed with 5300 or 4250 m², reflects the environment with a display of deformation in random directions, like a Cubist style painting. The shimmering surface, based on the original framework of a rose shaped steel frame with total weight up to 420 tons.

Inside the crystal is an IMAX cinema (high definition movies) with 480 seats and a giant flat screen sized 27.2 x 21.4 m with an area of approximately 600 m². In summer, at the end of the film, two powerful cylindrical screens are synchronized with 18 tons of hydraulic lift to move it out to the public area. A wide staircase leads to the edge of an artificial lake covering an area of 7,000 m². There is also a restaurant named Crystal, at the foot of the lake Kinemax, which has the same architecture, but obviously it is smaller and simpler to in term of its dimension.

Atomium is an iconic building in Brussels, Belgium. The building stands as high as 102 m (335 ft). The building consists of nine rooms with a diameter of 18 m (59 feet). This structure is made of stainless steel material. The building is quite unique in design with its balls structures connected so that the whole shape of the building represents the formation of an iron crystal cell magnified 165 billion times.

The main tube of the building connects the ball along the 12 edges of the cube and all eight vertices to the center. This tube has escalators and lifts to allow access to the field containing five exhibition halls and other public spaces. The top sphere provides a panoramic view of Brussels.

Office Center 1000, aka Banknote Building, located in the second largest city in Lithuania which has historically been the center of economic, academic and cultural life of Lithuania. This unique design is depicting antique money of 1,000 Litu. It looks impressive during the day and very enchanting at night since this building is illuminated by impressive display with primary colors.

The outside exterior architecture consists of 4,500 different pieces of glass with enamel designs. Those glasses are being slotted each other so that it resembles like a huge jigsaw puzzle. The glass was made and shipped overfrom in the Netherlands. Amazingly, it can withstand even the most extreme Lithuanian weather.

The Dancing house or Fred and Ginger are the popular designation given to the Nationale-Nederlanden building in Prague, Czech Republic, in Rasinovo Nabrezi. The building was designed by Vlado Milunic, a Croatian-Czech architect in collaboration with famous Canadian-American architect Frank Gehry on the river bank empty plots. The building was initially designed in 1992 and was completed in 1996.

Its very non-traditional design was controversial at the time since the house stands out among Prague’s famous buildings, Baroque, Gothic and Art Nouveau. Many assume that this architectural style does not fit with its surrounding design. Then Czech President Vaclav Havel, who had lived for years near to the Dancing house, has been diligent in supporting this project, hoping that the building will be the center of cultural activity.

Guggenheim Museum in Bilbao is a museum of modern and contemporary art, designed by Canadian-American architect Frank Gehry, built by Ferrovial, and located in, Basque Country, Spain. This building was built along the Nervion River, flowing through the city of Bilbao to the Atlantic Coast. The Guggenheim is one of several museums belonging to the Solomon R. Guggenheim Foundation. The museum has a permanent exhibition and the works of Spanish and international artists.

This museum is a building that is most often mentioned as one of the most important works completed since 1980 in the 2010 World Architecture Survey which was involving many architecture experts.

Kunsthaus Graz, Kunsthaus Grazer, or Graz Art Museum was built as part of the Capital of Culture celebrations in 2003 in Europe. Since its completion, it has become an iconic architectural landmark in Graz, Austria. Exhibition program specializes in contemporary art from the last four decades.

The shape is unusual, much different from the conventional exhibition design context. The design leaves an impression that maintains the tradition of modern “White Cube”. Team of architects use innovative style idiom, known as blob architecture in historical atmosphere Murvorstadt. Thus, the huge building is called the “Friendly Alien” by its designer Peter Cook and Colin Fournier.

If you visit the Tower of London, Tower Bridge or walking down along the Thames River, you will likely to see a this one modern building. From a distance the building which is located in the area of Southwark, London looks like an egg made of glass.

City Hall London is an office for the mayor, city councils, and more than 600 other government staff. Apart from being the administrative center, the building is also used as a place to hold many events such as exhibitions, concerts and other large scale events. The opening ceremony of the London Olympics was also taking place here. The visitors are allowed to enter but only with limited area of the ground floor while the upper floor a special course for the mayor and staff.

City Hall of London also has complete facilities. Feeling hungry Rest assure, you can eat in London’s Kitchen Cafe. There are also information and education center. If you want to use the internet, there are Wi-Fi Internet facilities that you can use in the building. 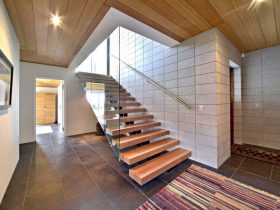 Point Wells House: A Concrete Bunker with A Robust and Durable Construction 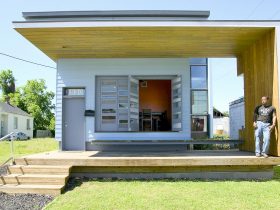 UB01: A Single-Level House with the Development of An Extended Front Porch 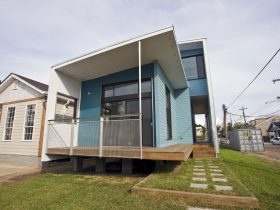 UB02: A Residential Program with A Two-Story Structure and Vertical Development 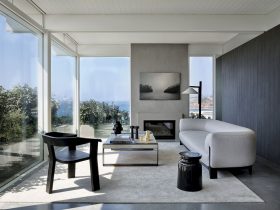 Headland House: A Light House with A Local Architectural Character 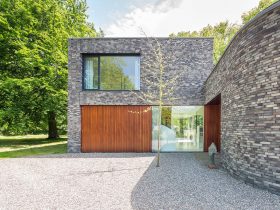 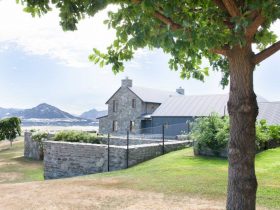 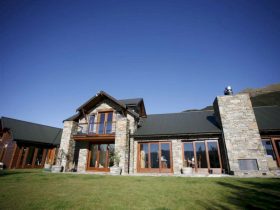 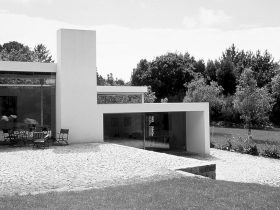 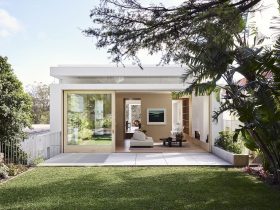 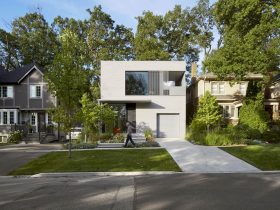 What Remains to be Seen: A Container for Art with Dramatic Interior Spatial Qualities